Flying in an aircraft that gets hit by lightning

Looking at the photos makes one wonder how the aircraft could possibly survive such a hit. And yet they do. Virtually every day.

The lightning and aircraft story.

Since the outer skin of most airplanes is primarily aluminum, which is a very good conductor of electricity; the secret to safe lightning hits is to allow the current to flow through the skin from the point of impact to some other point without interruption or diversion to the interior of the aircraft.
Estimates show that each commercial airliner averages one lighting hit per year but the last crash that was attributed to lightning was in 1967 when the fuel tank exploded, causing the plane to crash. Generally, the first contact with lightning is at an extremity...the nose or a wingtip. As the plane continues to fly through the areas of opposite charges, the lightning transits through the aircraft skin and exits through another extremity point, frequently the tail

Another related problem with lightning is the effect it can have on computers and flight instruments. Shielding and surge suppressors insure that electrical transients do not threaten the on board avionics and the miles of electrical wiring found in modern aircraft. All components that are vital to the safe operation of commercial aircraft must be certified to meet the stringent regulations of the FAA for planes flying into the United States.


Most aircraft do not fly into lightning storms, or fly through storms or areas where lightning is likely to be present. What we see as lightning is really a massive flood of electrons seeking equilibrium, either from cloud-cloud or from cloud-ground. In both cases, huge amounts of electric charge build up at the edges of the cloud. The electricity finds it's way from one place to the other via what's called a "step leader".

The sheer power of the cloud will start to attract electrons from the ground. These electrons will gather on anything that gathers charge (like a fence) or sticks up in the air (like a person), or that does both (like a telephone pole). That electric charge will start to work it's way through the air, ionizing it, until the leader working it's way down, and the leader trying to get up finally meet. When they do - there's lightning. An aircraft flying between the highly charged portions of a cloud will act as a conduit for step leaders, being able to produce one in each direction. If either of them meets a leader coming the other way... ZAP.

The way an aircraft tries to dissipate these step leaders is through the use of something called a "static wick". A static wick is a piece of metal connected electrically to the frame of the aircraft, with one or two spikes or needles on the end. It is housed in a fiberglass rod to insulate it from the airplane. Because the spikes concentrate the electric charge around them, and they are connected to the airframe, they allow the airplane to dissipate any static electricity it may build up out into the air. Also - if lightning DOES strike the plane, the chances are that the electricity will go through the dissipator and not through the airplane. 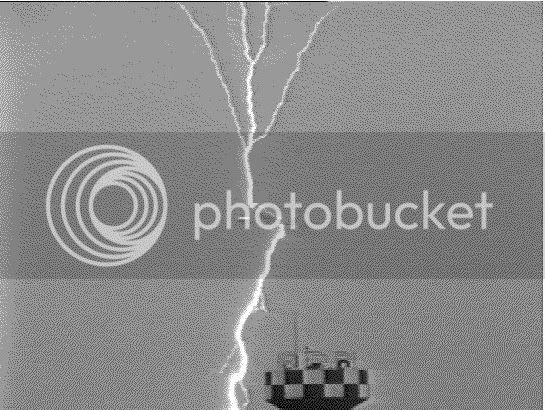 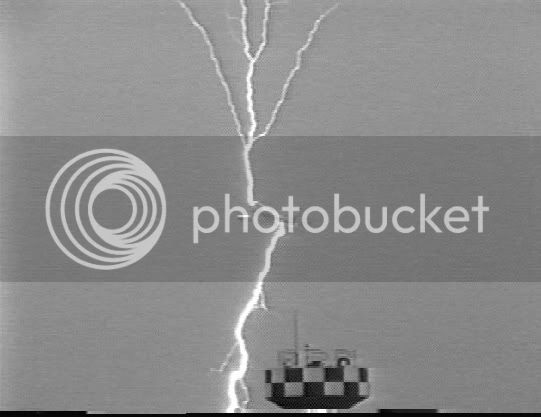 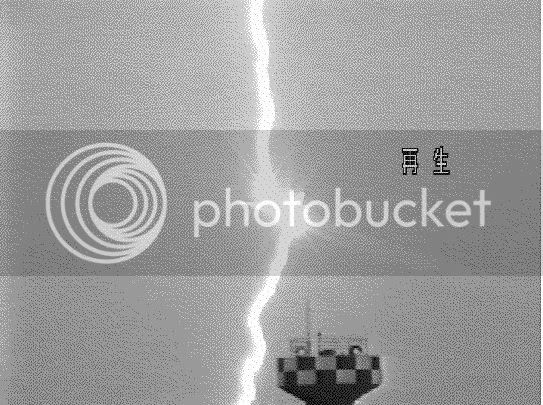 When looking at the three photos, it is hard to believe that the aircraft wasn't blasted from the sky by such a hit.
Personally I find it virtually unbelievable but it happens every day.
S

There was a program about this on discovery channel sometime back. They showed how aircraft have been protected from the elements, and other factors like bird hits. Forgot the name of the program, but it was interesting.

The airplane is much safer than it seems. Many people are scared of flying, but flying is way safer than road transport.
S

Well they must be safe from lightning because a lot get hit. I've been in one myself that got a minor hit. It was a Super King Air and not big.
But anyone looking at that third pic would have to seemingly conclude that the aircraft was destroyed. But it landed safely with virtually no damage.
See what lightning does to a tree if it hits it.
Amazing.
S

I have seen what lightning does to a tree. A tree in your yard once got hit by lightning. Even the sap of the tree dried out in that single hit.

I have also witnessed death by lightning strike. It was a very stormy day last November. I was in the master bedroom of our house when i saw the lightning bolt strike very close by our house. The sparks flew into our yard. The next day I read in the news that the lightning struck a tall tree in the KFC compound right behind our house. Two people who had taken refuge from the storm under the tree died.

And the thing is, the KFC was packed with people who had went in there to escape the storm. Had that tree not been there, the KFC itself would have been struck. God knows how many people would have died had that happened.

Nature can be a bitch.
S

close miss su-47,forget about the KFC it could easily have been your house.

and a report says the way we are messing with the environment,these storms will get stronger and stronger every year.

So what happened to the people inside? Did they all mutate to Flash Gordan?

I wonder how it feels inside, a religious nut would think God had something to do with it. Lol.

Godless-Kafir said:
So what happened to the people inside? Did they all mutate to Flash Gordan?

I wonder how it feels inside, a religious nut would think God had something to do with it. Lol.
Click to expand...

Dude its a 2009 thread. and thanks to that nutjob 'pragathicontrols' who revived a dozen other ancient threads.

PS: thanks nrj and other m(g)ods for responding quickly and kicking him/her out.
Last edited: Feb 20, 2012

It jostles the aircraft.

It is always better to flying across the weather and not into it.