Iranian Foreign Minister Mohammad Javad Zarif has cautioned against the military presence of any non-littoral states in the Caspian Sea.

Zarif made the remarks during a meeting of the foreign ministers of Caspian Sea littoral states - Iran, Russia, Kazakhstan, Azerbaijan, and Turkmenistan - in Moscow on Tuesday.
Click to expand...

"Maintaining the Caspian Sea as a body of water of peace, friendship, and stability; refraining from (entering) an arms race; refraining from using the armed forces, and not (allowing) a military presence of non-littoral countries are the major prerequisites for guaranteeing peace and sustainable stability in the region," Zarif said.
Click to expand...

But tell me how does one enter the Caspian Sea from outside ?? How can these five littorals be threatened through Caspian by any one out side the fives ?

Bhadra said:
But tell me how does one enter the Caspian Sea from outside ?? How can these five littorals be threatened through Caspian by any one out side the fives ?
Click to expand...

Preempt any move by smaller states to ally with the US and station any assets there I guess. May be build some ships or take command of any current ones. Paranoia basically

Yusuf said:
Preempt any move by smaller states to ally with the US and station any assets there I guess. May be build some ships or take command of any current ones. Paranoia basically
Click to expand...

Azerbaijan was flirting with NATO, and there were talks of a Turkmenistan-Azerbaijan pipeline through the Caspian Sea, but Russia told them to sit quietly, and they decided to listen. 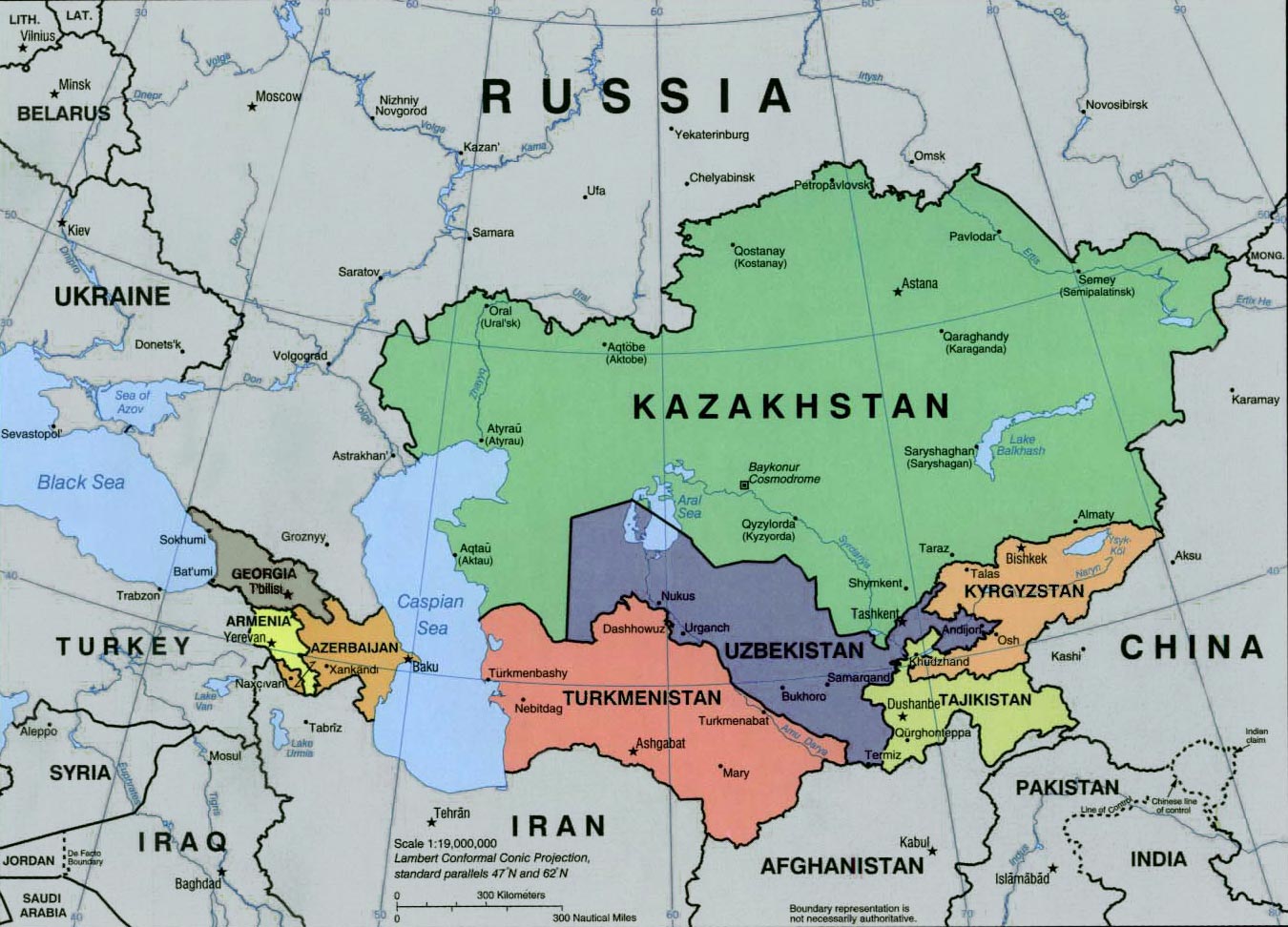 The Caspian Sea region, which includes Russia, Azerbaijan, Kazakhstan, Turkmenistan, Uzbekistan, and Iran, is one of the oldest oil-producing areas in the world and is an increasingly important source of global energy production. The area has significant oil and natural gas reserves from both offshore deposits in the Caspian Sea itself and onshore fields in the region. Traditionally an oil-producing area, the Caspian area's importance as a natural gas producer is growing quickly.
EIA estimates that there were 48 billion barrels of oil and 292 trillion cubic feet (Tcf) of natural gas in proved and probable reserves within the basins that make up the Caspian Sea and surrounding area in 2012. Offshore fields account for 41% of total Caspian crude oil and lease condensate (19.6 billion barrels) and 36% of natural gas (106 Tcf). In general, most of the offshore oil reserves are in the northern part of the Caspian Sea, while most of the offshore natural gas reserves are in the southern part of the Caspian Sea.
In addition, the U.S. Geological Survey (USGS) estimates another 20 billion barrels of oil and 243 Tcf of natural gas in as yet undiscovered, technically recoverable resources. Much of this is located in the South Caspian Basin, where territorial disputes over offshore waters hinder exploration.
EIA estimates that the Caspian Sea region produced an average of 2.6 million barrels per day of crude oil and lease condensate in 2012, around 3.4% of the total world supply. Over the past decade, Kazakhstan's onshore oil fields, particularly the Tengiz field, were the biggest contributor to the region's production. As Azerbaijan developed the Azeri-Chirag-Guneshli (ACG) field group between 2006 and 2008, its offshore production began accounting for an increasing part of total Caspian production. Other significant sources of Caspian oil include production in Turkmenistan near the coast and in Russia's North Caucasus region. 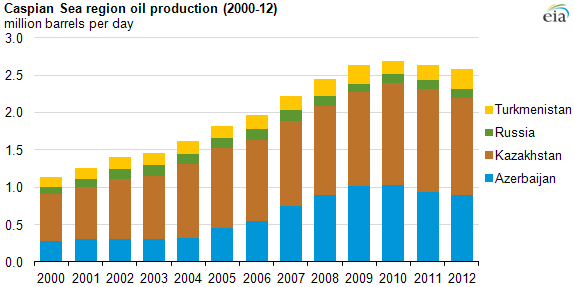 That is the cusp of the issue.

The drill will last seven days and involve around 10 naval vessels and 400 sailors. The Caspian Sea is bordered by Iran, Russia, Kazakhstan, Turkmenistan and Azerbaijan, and the region is crisscrossed by oil and natural gas pipelines.

Russia has boosted the number of snap military drills since tensions have risen with neighbour Ukraine.

NATO has said Russia's military exercises in its western military district have boosted its troop presence to around 40,000 near the border with Ukraine, where Moscow-backed President Viktor Yanukovich fled from power in February.