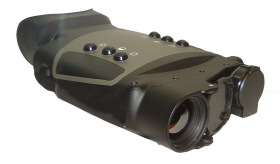 PARIS --- After an international competition organized by NAMSA (Nato Maintenance and Supply Agency), Sagem won the order for a new series of MATIS HH (Handheld) thermal imagers for the Finnish Defense Forces.

The contract, having a total value of several millions of euros, includes a significant amount of thermal imagers. The contract also includes complete maintenance services for these imagers, to be provided in Finland.

The performances of the MATIS HH thermal imager enables night time detection of an armored vehicle at a range of over 8 kilometers, and a soldier at over 5 kilometers. MATIS HH gives armies outstanding day/night operational capabilities, in terms of detection and identification of enemy activities, encompassing vehicles, landing craft, aircraft and foot soldiers. It is integrated in pointing systems for artillery pieces.


Sagem, a high-tech company in the Safran group, holds world or European leadership positions in optronics, avionics, electronics and safety-critical software for both civil and military markets. Sagem is the No. 1 company in Europe and No. 3 worldwide for inertial navigation systems (INS) used in air, land and naval applications. It is also the world leader in helicopter flight controls and the European leader in optronics and tactical UAV systems. Operating across the globe through the Safran group, Sagem and its subsidiaries employ 6,700 people in Europe, Southeast Asia and North America.