Fidel Castro was a dictator, Trudeau says
PM grilled about statement of condolences in which he called the former Cuban president 'a remarkable leader'
CBC News Posted: Nov 27, 2016 9:37 AM ET Last Updated: Nov 29, 2016 10:50 AM ET

Justin Trudeau participates in the closing news conference at la Francophonie Summit in Antananarivo, Madagascar. The prime minister defended his statement about Fidel Castro at the summit. (Adrian Wyld/Canadian Press)

Prime Minister Justin Trudeau says Fidel Castro was a dictator and he did not intend to minimize the former Cuban leader's human rights abuses.

The prime minister came under fire Saturday after issuing a statement of condolences for Castro in which he described the former president as "a remarkable leader" and family friend. Interim Conservative leader Rona Ambrose, as well as a number of Conservative leadership hopefuls and U.S. Republican senators, lambasted Trudeau for his choice of words.

Trudeau did not back down from the statement when pressed by reporters Sunday in Madagascar, where he is attending la Francophonie summit of French-speaking nations.

"There are people who have many memories and who experienced a great deal of difficulty because of what happened in Cuba, and I am not minimizing any of that," Trudeau said.

"The fact is Fidel Castro had a deep and lasting impact on the Cuban people. He certainly was a polarizing figure and there certainly were concerns around human rights. That's something that I'm open about and that I've highlighted," he added.

Quebec Premier Philippe Couillard, who is also at the summit, defended Trudeau, calling his statement about Castro's death "well-balanced."

"Yes, his accomplishments will be in various tones of grey — some white, some black — but historians will have to decide this," Couillard told reporters Sunday. "I see no controversy in describing him as a giant of the 20th century."

Hero or villain?
Castro was an extremely divisive figure, hailed by some as a revolutionary icon and decried by others as a totalitarian dictator.

He deposed the military dictatorship of Gen. Fulgencio Batista in 1959, often stood up to the United States, implemented programs to raise literacy and education levels among the rural population and created a national health-care system.

His system of one-man and one-party rule kept him in power for 49 years, the longest of any head of government in the world.

Under his rule, at least 582 Batista loyalists were executed by firing squad, independent newspapers were closed, LGBT people were herded into camps for "re-education" and hundreds of thousands of Cubans fled, mostly to the U.S. Many died while attempting to escape.

Family ties
This isn't the first time a Trudeau has come under fire for his ties to Castro.

More than 250,000 people turned out on the streets of Havana to welcome him during that historic visit, but critics at home said the prime minister was lending legitimacy to an authoritarian regime backed by Moscow, Robert Wright, the author of Three Nights in Havana, the definitive account of the trip, told CBC News.


The two leaders developed a close bond that would last for decades after that encounter. Castro was said to be devastated when Justin Trudeau's brother Michel died in an avalanche in 1998, and he made the trip to Montreal for the elder Trudeau's state funeral.

Canada has always maintained diplomatic relations with Cuba throughout the U.S's decades-long economic embargo and political isolation policies towards the country.

Canada recently helped facilitate discussions between the two countries that led to the easing of some of those restrictions.

U.S. president-elect Donald Trump, who called Castro a "brutal dictator," has suggested he may undo some of that diplomatic progress.

Umm... That is not Justin but his brother Michel.

Also, does a poorly sourced image without context merit a thread of its own?

Anyway this is still a better response from someone who actually knew him in some way than the one given by Mr. May the Force be with you

@OrangeFlorian He asked a perfectly valid question. Your aggression is unwarranted.

@Dovah it is the right section to post it, though. Where else would you post pictures?
O

That clearly looks like Margaret Trudeau so obviously that must be her son
I just responded to him because I had a good idea of what he was going to say based on actual experience also because I'm ignoring him. 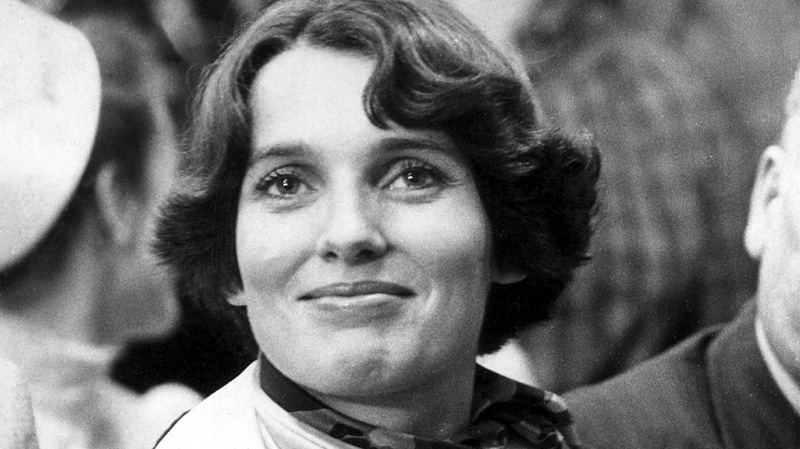 His point is that your thread title is wrong. The baby is apparently not the Canadian PM, but his brother.
O

Keshav Murali said:
His point is that your thread title is wrong. The baby is apparently not the Canadian PM, but his brother.
Click to expand...

So then Its obviously Michel

My issue was mainly the absence of context for the photograph.

You are right, this is the correct sub-forum for this.
O

I was never aware of Pierre Trudeau being the ambassador to cuba when he was only leader of the opposition
You must log in or register to reply here.
Similar threads
Fidel Castro Died Yesterday!
Fidel Castro wins China's alternative peace prize
Fidel Castro steps away from Cuban leadership
Fidel Castro: Osama bin Laden is a US agent
Share:
Facebook Twitter Reddit WhatsApp Link