FalconSlayers said:
With India building dams in Jammu & Kashmir UT and Aghanistan, this will only create mayhem for these pakis. As Major Gaurav Arya rightly says, all wounds of Pakistan are self inflicted, and yet again it's coming true.


With economy on the verge of a sovereign default, we still see pakis posting shit on twitter...

And the most disturbing thing is that they compare everything with India. It's not new, I know. But now they are literally bankrupt so it is annoying. How their exfarts are doing this I don't know?

And befitting reply to that twatter handle already given.. 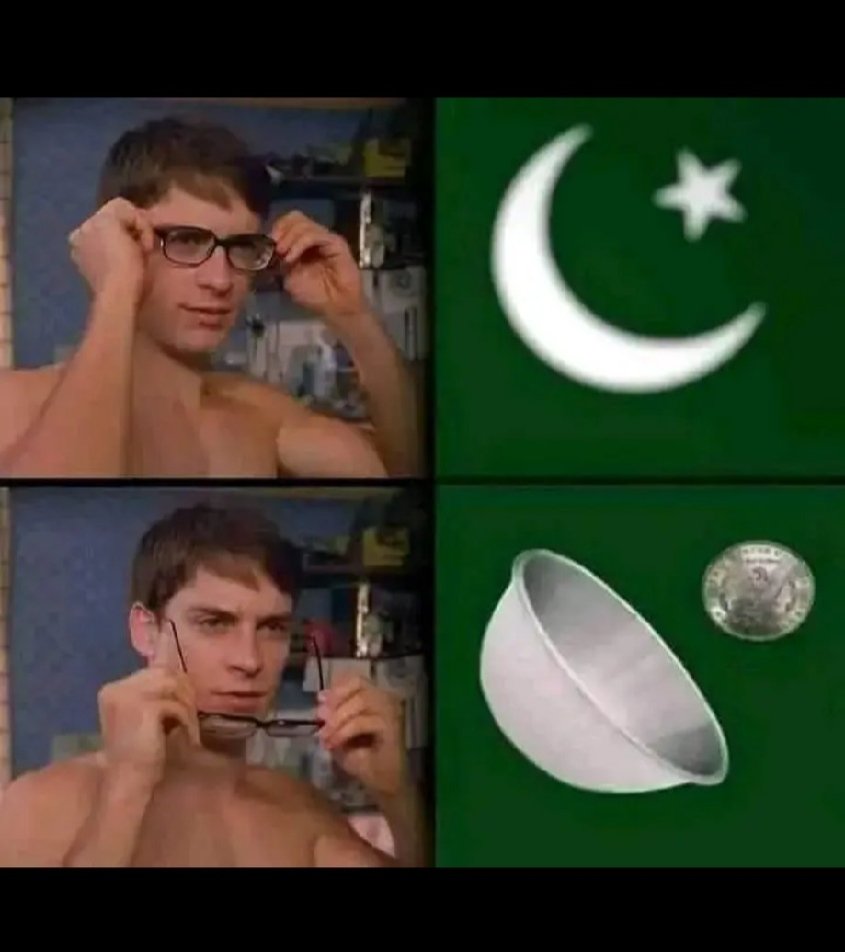 Abdus Salem killed said:
They will fight us first before this happens
They need Kashmir for water and land not the people disgusting subhumans
Click to expand...

They'll likely run at the first opportunity they get. 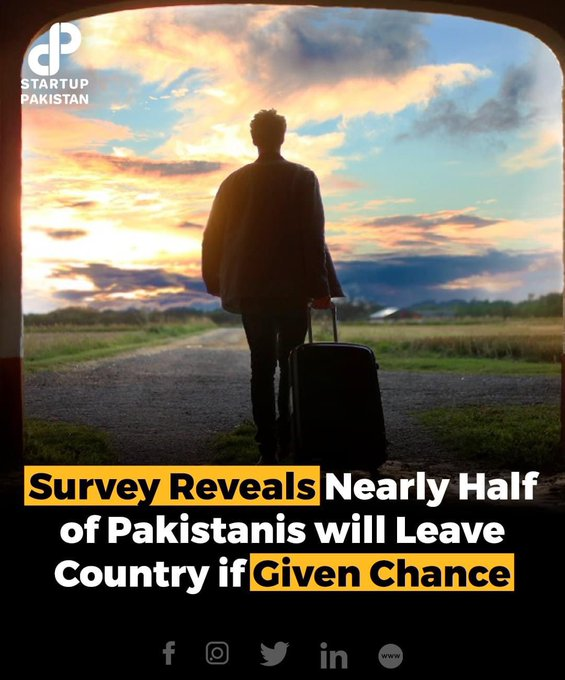 FalconSlayers said:
Poor Failed bankrupt terrorist state of shitholistan will take fight back to India with $6 billion left in forex reserves all of which are loans and fixed deposits of Arabs and chinks

What is it with Pak Generals and the stupid rods they carry? I sincerely hope that the IA generals have done away with the rods. The rods are so stupid and make you look amateurish.

Blademaster said:
What is it with Pak Generals and the stupid rods they carry? I sincerely hope that the IA generals have done away with the rods. The rods are so stupid and make you look amateurish.
Click to expand... 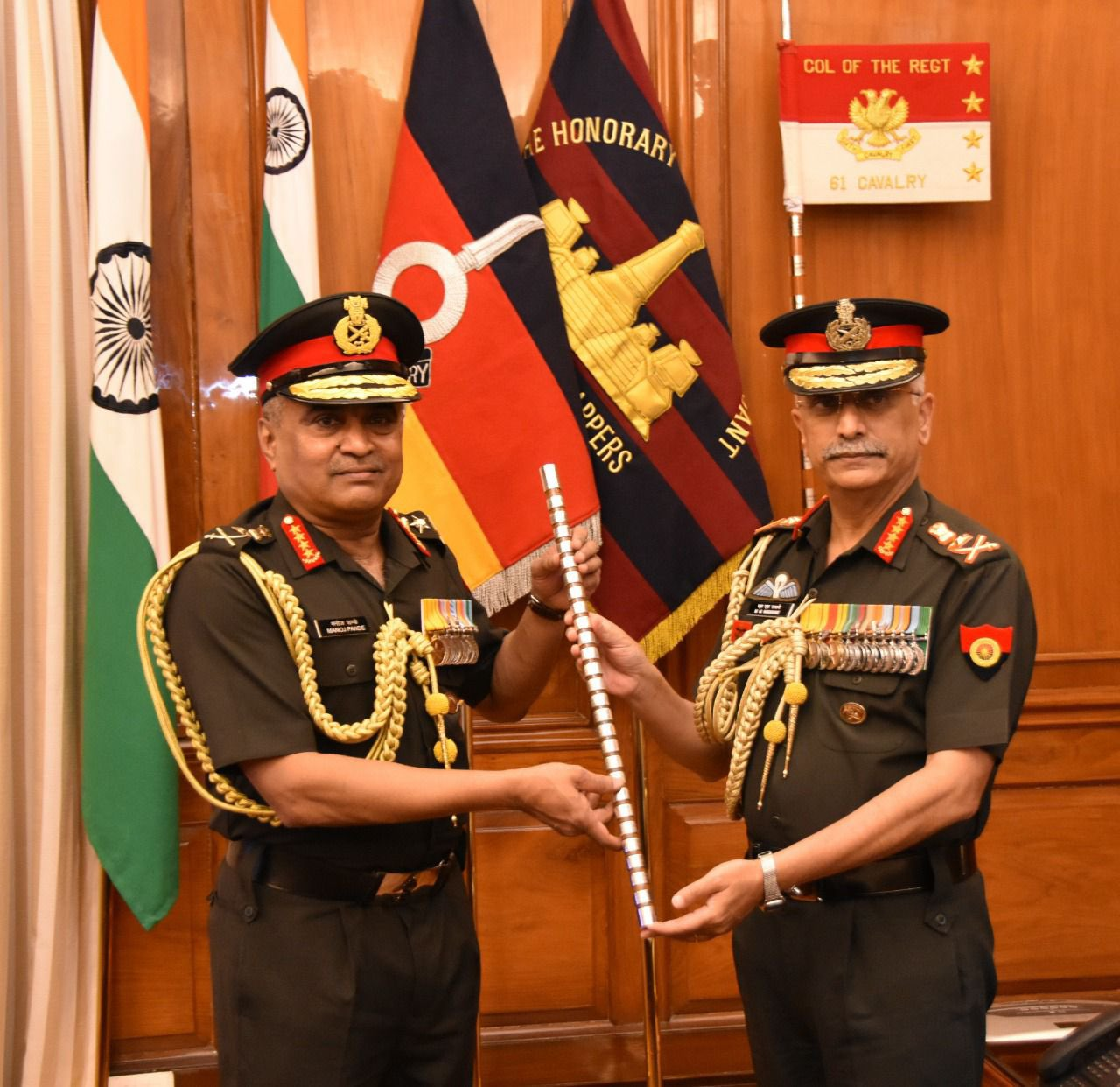 But do they carry with it at all times? Just leave the damn rod in the ceremonial office and get to real work.

Blademaster said:
But do they carry with it at all times? Just leave the damn rod in the ceremonial office and get to real work.
Click to expand...

No 1) it's a baton
No 2) it's a tradition, probably signifies passing the phrase " passing the baton" or passing the responsibility.
No they don't carry it everywhere.

Blademaster said:
But do they carry with it at all times? Just leave the damn rod in the ceremonial office and get to real work.
Click to expand...

only the Admiral and a few other Navy brass

I like the shift though from we will cut india into thousand pieces to we will take fight back to enemy if war is imposed on us.
D

Not an iota of professionalism in these rats...
View attachment 185373
Click to expand...

I just hope they are bullet proof and properly safety features..Plus Marutis are not known for their safety ratings, would rather go with TATA or Mahindra..
D

Concard said:
I am committed to the destruction of Pakistan which for me is a nation of savages and scum not counting minorities. Ofcourse I am not some supernatural power who alone can destroy Pakistan. Pakis are good at shooting themselves in the foot. So I always keep a eye on how they use water which is scarce resource in Pakistan and how they use their arable land.

As you all know I have talked about this many times on this thread about how their generals are gobbling up arable land for DHA and expensive housing societies. Today I present you Ravi river front urban development project in Lahore. More on this you can read this Wiki article

This project spans little over 100,000 acres. And most of it is you guessed it is arable land. Here is a video I found from Pakistan subreddit.


Just look at the video carefully. All you see in that video is fertile arable land as far as the eye can see. And all that is being forcefully acquired for their generals. Remember they have rapidly growing population. Looking forward to the day they destroy all their arable land.
Click to expand...

Dr_Deep said:
I just hope they are bullet proof and properly safety features..Plus Marutis are not known for their safety ratings, would rather go with TATA or Mahindra..
Click to expand...

Multi-layered Ballistic glass at minimum. Maybe metal plates on door panels. And long range comms. That's all. It's nowhere near as equipped as what top ministers ride in.

Pakistan has caved into China's demand for opening a revolving bank account that would partially save Chinese power plants from circular debt but it may cause concern among officials of the International Monetary Fund (IMF).

The finance ministry informed the ECC that the title of the fund had been reviewed to bring it in conformity with the original CPEC agreement dated November 8, 2014.

Pakistan took eight years to implement the important clause and the delay not only caused friction in relations with China but also led to over USD 1 billion being stuck in arrears for Chinese companies.

However, the move may irritate the IMF that on the insistence of its largest shareholder – the United States – is pressing Pakistan against giving any preferential treatment to the Chinese companies. But having good relations with China has once again become critical after the government has not been able to satisfy the IMF.

The delay in the start of the ninth review talks with the IMF has again triggered a debate on the possibility of default, which Dar has strongly denied.

In late October, the ECC approved the setting up of the Pakistan Energy Revolving Fund to be operated by the Central Power Purchasing Agency-Guarantee (CPPA-G).

The Express Tribune reported at the time that the fund was not an alternative to the revolving bank account under the CPEC Energy Project Cooperation Agreement and that the Chinese would not accept the arrangement.

The ECC amended its decision on Monday after China refused to accept the previous arrangement. Unlike ensuring a bank credit line or providing additional money from the budget for the revolving account, the government has placed Rs 50 billion out of the already approved subsidy budget of Rs 180 billion that has been diverted towards the new energy account.

A monthly limit of Rs 4 billion has been imposed on withdrawal from the energy fund and the first tranche of Rs 4 billion was withdrawn and paid to Chinese firms in November, according to the officials.


The monthly payment of Rs 4 billion would not completely resolve the Chinese companies' problems. They will still get around Rs 10 billion less than the monthly bills, according to the officials.

Pakistan had committed to open a revolving fund that would have deposits equal to 21 per cent of the power generation cost. But the commitment was never honoured, according to The Express Tribune.

There are no fat constables in Bihar, hehehe
Indian police in general is way more fitter than these dariyayi ghodas of paki poonjaub pullls.

The rule to tuck in one's shirt gives our police men some cause to keep tummy under control,

But porkies inbred maggots have zero sense of professionalism, they treat shirt as kurta .
D

Love Charger said:
There are no fat constables in Bihar, hehehe
Indian police in general is way more fitter than these dariyayi ghodas of paki poonjaub pullls.
Click to expand...

There pot belly contsbales in Mumbai ..I am sure you can find couple in Bihar Police too. But nobody is gandaswami like there Pak Genrails are..
M

Pak Army, 6th largest Army and nuclear power has ran out of money to open LC for imports.