Marliii said:
Seeing other people as humans is not being woke its called decency .what happens in the west in the name of this is called wokeness .
Click to expand...

LGTV is NOT a part of Hinduism. PERIOD.

Kaptaan's boys are all fired up !! 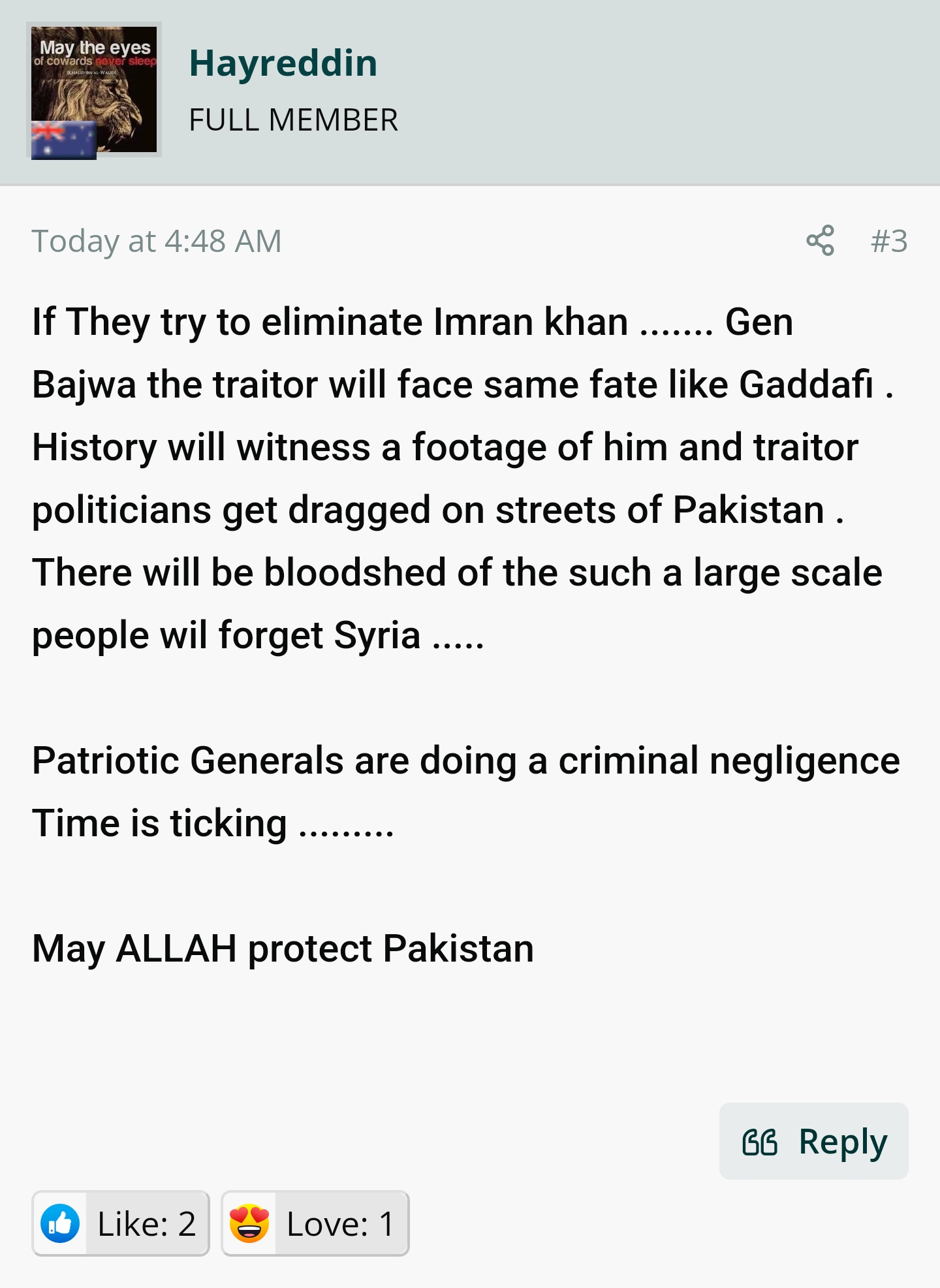 Lord Ghafoor will save Maharaj Bajwa 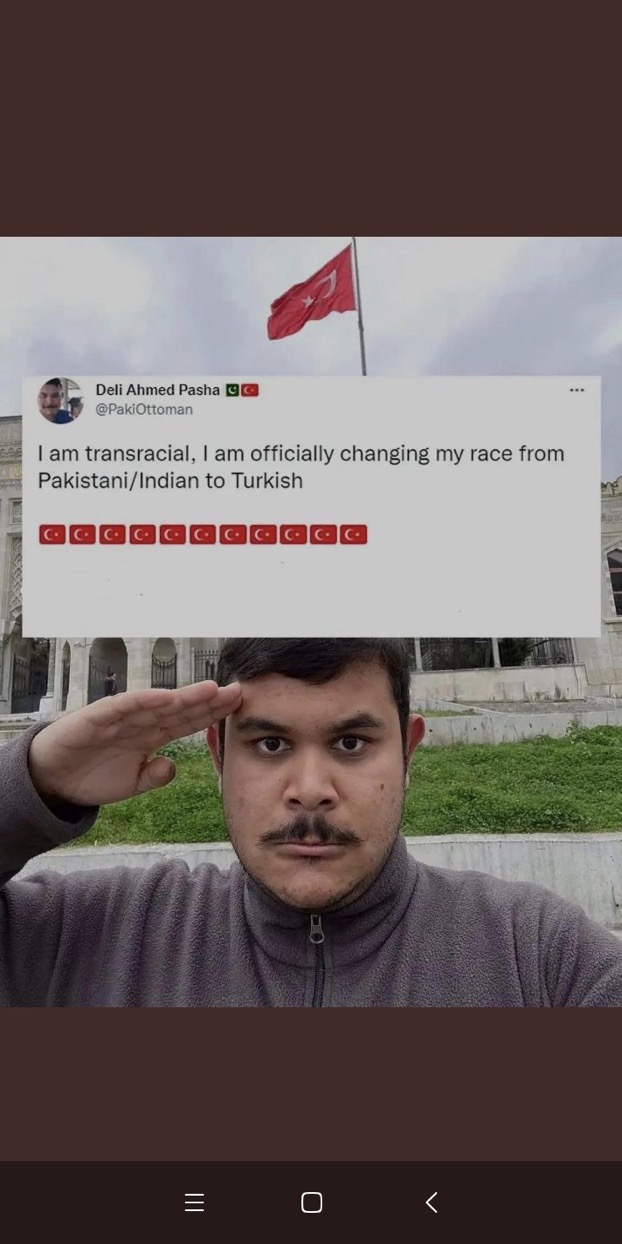 Imran Khan will be killed or jailed before 25th lmao. No way they letting this happen

There is 100% division within Pakistan Army ranks.

A faction within the 'Establishment' is backing Imrand.

Otherwise you will never see Imran, his party and his followers vehemently attacking Gen Bajwa and Army.

In older days he would had been Bhutto-fied, times has changed.

No one will touch Imrand.

Irrespective of whether the kaptaan is arrested/lampposted or otherwise, chaos is guaranteed!!


Paki economy is currently running low on cash. They need a bailout as soon as possible just to meet their temporary expense. Long term economic revivals and painful reforms are far far away. Under current situation it looks like pakistan even if they get temporary relief, they are most certain to repeat this cycle in next few months or couple of years most.

In an economic sensitive time any government would require some political stability and trust from people to initiate painful measures. In a quasi democracy like Pakistan, Pak Army and other institutions need to give their full support to get out of this financial crisis.

During this very sensitive time, Imran Khan has is introducing newer political obstacles to present government. Yesterday Long March was announced by Imran Khan. This has potential to be a major upsetting event in Pakistan. It would be almost impossible for present gov to take painful measures when Imran Khan is mobilising a huge no of people.

Therefore under current circumstances Paki army will have to take some steps to prevent destabilization even further. I have laid out three possible scenarios that can happen in next few days.

In my opinion this is most most likely scenario. Pakistani army will use strict measures to stop Imran Khan before he can begin mobilising people on 25th. House arrest, fake FIRs, old court cases, anything is possible.

Stopping Imran Khan will come at a cost of people's distrust towards Paki army and a bigger internal rift within army. Some protests and minor riots could take place but without Imran Khan things can be controlled. Army will get blamed for this and Bajwa will forever remain hated figure in the minds of many Pakis. IMO, Bajwa should swallow bitter pill for betterment of his nation.

Another possible scenario is they let Imran Khan march towards Islamabad but they ignore him by media manipulation and social media disinformation campaigns. This way his movement will slowly fizzle away. This will give much needed confidance to current gov to take hard steps and complete their term.

ISI and ISPR have good control of media in Pakistan. However they will have to correct some internal elements within Paki army who are supporting Imran Khan. This will need a proper house cleaning. This comes at a risk of destabilizing Paki Army from within.

Also there is no guarantee that things will stay under control even after media manipulation. TLP's mass mobilization and riots in 2021 happened when Paki media completely ignored them. A similar situation can emerge.

biggest problem with this strategy is, international agencies won't negotiate loans with unelected temporary government. Also private business won't bet their investments on this type of gov. Any action taken under this gov can be easily reversed by new elected government in future.

This option also gives strength to Imran Khan and his popularity could reach new heights. He may become a cult like figure to his followers and it opens door for other political parties to play a similar type of destructive politics to get things done in their favour.

I think this option will be last resort when all else fails and Paki Army has no choise but to bow down to wishes of Imran Khan.


Whatever happens in Pakistan, one thing for sure is that we will get plenty of entertainment out of it.

Sanglamorre said:
Imran Khan will be killed or jailed before 25th lmao. No way they letting this happen
Click to expand...

Next phase is a short march... To jail.

Due to low flows into Indus River, the water level at Tarbela Dam reaches its dead level at 1,398 feet

HitmanBlood said:
I think this option will be last resort when all else fails and Paki Army has no choise but to bow down to wishes of Imran Khan.

Whatever happens in Pakistan, one thing for sure is that we will get plenty of entertainment out of it.

Establishment is also unable to back Shebaz govt and for this PDM coalition is pissed about it.

In recent visit to London to meet his elder brother Nawaz Sharif, it was decided for sure that Shebaz Sharif will not take any hard decisions related to economy as Establishment is taking U-turn under pressure from Imran, so PDM is stuck between a rock and a hard place.

Establishment is also looking for elections, as if the proposed Interim/Caretaker Govt's tenure gets extended for obvious reasons than both Imran and PDM will come together demanding elections.

Establishment is also royally screwed up at this moment they indeed underestimated Imran Khan.

Thank God these monsters separated from us 70 yeats ago. World would've judged us ...

Thank God these monsters separated from us 70 yeats ago. World would've judged us ...

The poor camel's ribs and legs are getting crushed under it's own weight. That's why it's making so much noise.

We will be fucked too...