First published in 2005, this encyclopedia demonstrates that the millennium from the fall of the Roman Empire to the Renaissance was a period of great intellectual and practical achievement and innovation. In Europe, the Islamic world, South and East Asia, and the Americas, individuals built on...
books.google.nl 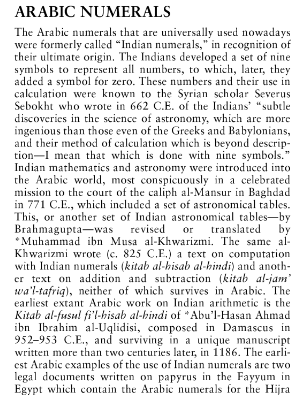 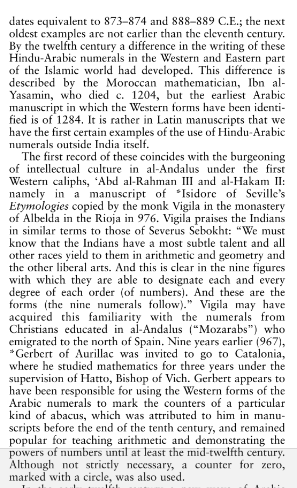 See even this turd has to swallow her pride

Truth from the Mouth of Devil itself

Gifted not only to Muslims but to ancient Greeks 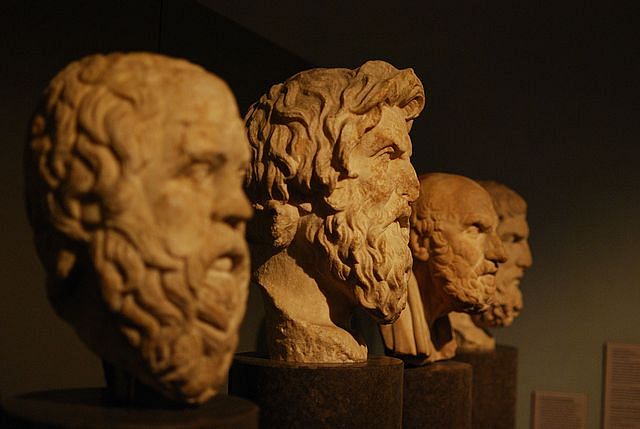 Did Logic Go from India to Greece?

Was the Greek scientific and philosophical tradition inspired by the Indian school of logic?

Was the Greek scientific and philosophical tradition inspired by the Indian school of logic?
Greek and Persian historians say that Alexander was the intermediary who brought Indian logic to the Greeks and it was under this influence that the Greek scientific and philosophical tradition emerged. Modern Indian textbooks say the opposite, suggesting the five-part syllogism of Indian logic was derived from the three-part Greek (Aristotelian) logic. So what is the truth?
The first thing to note is that the idea of science implies implicit use of logic, and from this point of view all cultures that developed science must have had a system of logic. Nevertheless, the question of the origins of logic as a formal discipline is of enormous interest to historians of science.
In the West, the tradition of logic is generally traced back to Aristotle (384-322 BC), whose theory of the syllogism has had enormous influence. Aristotle’s ideas were later adopted by the Arabs and the Latin medieval tradition. The central notion in Aristotle’s logic is that of deduction involving premise of the argument, and the conclusion. He also recognizes induction, which is an argument from the particular to the universal. 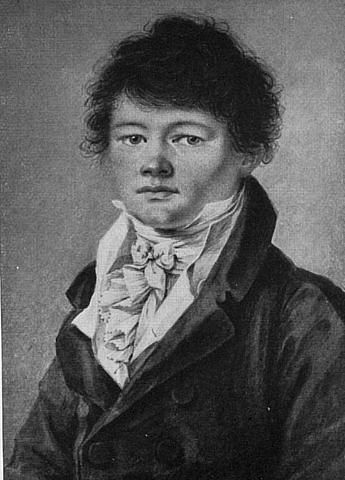 In a passage in the book The World as Will and Idea, the German philosopher Arthur Schopenhauer (1788-1860), quotes the Indologist William Jones (1746-1794) approvingly:

Aristotle collected, arranged, and corrected all that had been discovered before his time, and brought it to an incomparably greater state of perfection. If we thus observe how the course of Greek culture had prepared the way for, and led up to the work of Aristotle, we shall be little inclined to believe the assertion of the Persian author, quoted by Sir William Jones with much approval, that Kallisthenes found a complete system of logic among the Indians, and sent it to his uncle Aristotle.
Click to expand...

Callisthenes, a relative of the philosopher Aristotle, was the court historian to Alexander the Great (356 – 323 BC) and a member of the campaign. He was eventually thrown into prison on a charge of treasonous conspiracy by the increasingly paranoid Alexander and later he was either executed or died of natural causes in the prison. William Jones (1746-1794) has the following account on the question of the relationship between Indian and Greek logic:

… Here I cannot refrain from introducing a singular tradition, which prevailed, according to the well-informed author of the Dabistan, in the Panjab and in several Persian provinces, that, “among other Indian curiosities, which Callisthenes transmitted to his uncle, was a technical system of logick, which the Brahmens had communicated to the inquisitive Greek,” and which the Mohammedan writer supposes to have been the groundwork of the famous Aristotelean method: if this be true, it is one of the most interesting facts, that I have met with in Asia; and if it be false, it is very extraordinary, that such a story should have been fabricated either by the candid MOHSANI Fani; or by the simple Parsi Pundits, with whom he had conversed; but, not having had leisure to study the Nyaya Sastra, I can only assure you, that I have frequently seen perfect syllogisms in the philosophical writings of the Brahmens, and have often heard them used in their verbal controversies. …
Click to expand...

Now the relevant text from the Dabistan which was composed in about 1655 by a Zoroastrian author is:

Tark sastra is the science of dialectics… Arastu [Aristotle], who was a chief of the learned claimed that he had derived [his logic] from an old treatise upon logic, the precepts of which were without explanation, and to have bestowed on it that arrangement under which it now exists among the learned: he meant, probably, that the maxims are the same as those extracted from the Tarka.
Click to expand...

India and Greece had a long period of interaction that predates Alexander. Diogenes Laertius (3rd century AD) in his Lives of the Eminent Philosophers says that Democritus (~400 BC), the originator of Greek atomism, went to India and learnt from the gymnosophists (sadhus). There is also a strong tradition that the Pythagoras traveled to India and of course the famous theorem named after him was known in India centuries earlier.
In India, logic (anvīkṣikī, nyāya, or tarka in Sanskrit) is an ancient field of study and also one of the six classical schools of Indian philosophy. Its canonical text is the Nyāya Sūtra of Akṣapāda Gotama (or Gautama), and the most important early commentary on this text is the one by Vātsyāyana. Considering a variety of sources, scholars have estimated that the beginning of the tradition goes back to at least 600 BC.
The Nyāya calls itself pramāṇa śāstra, or the science of correct knowledge. Knowing is based on four conditions: 1. The subject or the pramatṛ; 2. The object or the prameya to which the process of cognition is directed; 3. The cognition or the pramiti; and 4. the nature of knowledge, or the pramāṇa. The four pramāṇas through which correct knowledge is acquired are: pratyakṣa or direct perception, anumāna or inference, upamāna or analogy, and śabda or verbal testimony.
Manas or mind mediates between the self and the senses. When the manas is in contact with one sense-organ, it cannot be so with another. It is therefore said to be atomic in dimension. It is due to the nature of the mind that our experiences are essentially linear, although quick succession of impressions may give the appearance of simultaneity.
Objects have qualities which do not have existence of their own. The color and class associated with an object are secondary to the substance. According to Gautama, direct perception is inexpressible. Things are not perceived as bearing a name. The conception of an object on hearing a name is not direct perception but verbal cognition.
The syllogism used in the Nyāya Sūtra has five parts, as against the three-part syllogism of Aristotle’s logic. But we know that simplification of the five-part logic into one similar to Aristotle’s was also known.
It appears to me that if the Greek and Persian stories related to Callisthenes having brought Indian logic to Greece are true, they provided inspiration only in the sense of the need for a formal text on the subject by the Greeks. 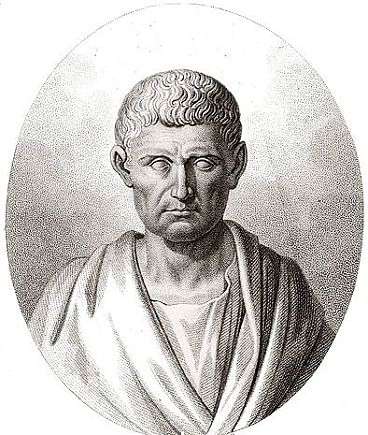 The emphasis in the Nyāya Sūtra and Aristotle’s works is very different because in the Indian tradition the notion of self plays a central part. The Nyāya Sūtra maintains the centrality of the experiencing self, whereas in Aristotle’s logic the emphasis is on the design of the world as a machine. This parallels the difference in the Indian system which considers the universe to be composed of five elements, as against the four of Aristotle. The fifth element (ākāśa) of the Indian system concerns the field of sentience. The legend that Indian logic was taken by Alexander to Greece is the acknowledgement that Indians had a fully flowered system of logic before the time of Aristotle, who himself perhaps only reworked an earlier tradition.
Bibliography
Subhash Kak is Regents professor of electrical and computer engineering at Oklahoma State University and a vedic scholar.
U

Origins of Algebra acknowledged by IBM. These barbaric goat shaggers who used to Live in desert and believed Earth is flat will one day invent Algebra out of no where lol.

Perhaps the only thing they did is making whole world ALL ZEBRA(a species of donkey) . No surprise lies and deceit is in their blood.

fire starter said:
These barbaric goat shaggers who used to Live in desert and believed Earth is flat will one day invent Algebra out of no where lol.

Perhaps the only thing they did is making whole world ALL ZEBRA(a species of donkey) . No surprise lies and deceit is in their blood.
Click to expand... 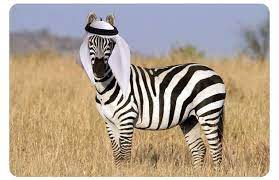 I wanted to solve this, .

spiritb2 said:
I wanted to solve this, .

These fuckers cant do anything right.

Maharaj skandgupta said:
You are a charming woman , my lady .
( Kisses hands )
Click to expand...

ssethii said:
Muslims were far more advanced in science and technology when Europe and rest of the world was living in the dark until they captured back their lands and started translating books in to their native languages. So I am not sure how and where you get this idea that Muslims are regressive and antiscience. I wonder if it is just plain hatred or something else.
Click to expand...

Implying as if islameic golden has something to do with islame in first place.

Read the question again ,in the pic .

ssethii said:
Muslim contribution to science is still acknowledged and used even today.
Click to expand...

Mu’tazila was the driving force behind this 'golden age' and mutazila is labelled as haram kuffar. Neverthless when it comes to claiming the ideals contributions of mutazila then all becomes instantly halal. Standard tactic of subcontinent moslems to claim the shiet of others as their own achievement.

Yeh dekhlo bc the state of mutazilla in islam. They banned it usually.When your deen cannot tolerate critical, independent thought then how could it ever contribute in any sort of "golden age" ?

250 years ka small period during benevolent abbasid when caliph goes on to establish a darul hikmah which included folks scientists thinkers philosophers from all religions Hindus Romans Greeks Christians and Jews . However it was after the rise of coomers like al-Ghazali that all scientific reasoning came to an end in the 13th century. The Arab culture and language predated the cult of islam. More than ninety nine percent Arabic translations of works of Greek philosophers were done by either christian or Jewish scholars. It is interesting to note that islamic astronomy, based on Ptolemy’s system was geocentric. For example that algebra went through constant exchange transfer of knoweldge back and forth among Greeks Indians and even chinese and ‘Arabic’ numbers were actually BHARTIYA.

Fun fact. Humanity has been innovating themselves all cultures of the world from Sindhu Sarasvati Vedics to Mesopotamians to sumerians to egyptians to greeks to romans to Indians. While this moslem history is non existent in thousands years of civilisational existence of humanity around the world.

ssethii said:
Muslims were far more advanced in science and technology when Europe and rest of the world was living in the dark until they captured back their lands and started translating books in to their native languages. So I am not sure how and where you get this idea that Muslims are regressive and antiscience. I wonder if it is just plain hatred or something else.
Click to expand...

Says someone who has Sethi as his surname, lmao.
You must log in or register to reply here.
Similar threads
Why 1241 Mongol Invasion of Hungary Failed
‘Failed miserably!’ China ‘ran rings around’ US military in simulated ‘Taiwan war drill’
Pak frustrated after failing to get OIC's support on Kashmir, says would move without Saudis
Pakistan and the failed Islamist foreign policy
Share:
Facebook Twitter Reddit WhatsApp Link