So what ? Maybe routine , they will not bomb their capital and a important city , or they will say goodbye to any support 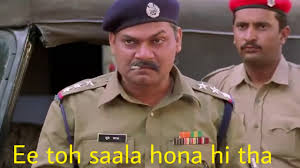 Poor British guy who gets paid to do the voiceover for such a crappy script.

Oh man, Bill Gates must have had castrated this population while he still had a chance. Why do they even breed?

Pakistan inviting kufar who did gustakhe rasool to establish business in Pakistan .. While killing ashiq e rashool at the same time . Present Pakistan govt is a yahoodi proxy . ISLAMABAD - Pakistan has invited the French companies to establish businesses in the already established Special Economic Zones (SEZs). There are 22

OnePunchMan said:
Also what are your thoughts on this packie narrative of international community asking them to roll back their nuclear programme in return of loan waivers I keep hearing this from every packie ,
Click to expand...

That narrative is limited within Pak. Everyone knows that west turned a blind eye to Pakistani nuke program after India's 1974 tests.

Later, the hype of an "arms race" between India & Pak was pushed by media. Only in media since Pak never achieved or sustained military parity with India.

OnePunchMan said:
They are like hey we will be willing to roll it back if you just forget about 100 billion dollars of loans and do a hard reset on their economy as one last measure , they know full well India isn't going to attack them unilaterally being the pacifist pussy we are and they can keep doing their jehadi shenanigans meanwhile , and knowing how equal opportunist and cunning back stabbing bastards they are , they will revive the nuclear programme back or keep some warheads still hidden away.
Click to expand...

India pussyfooting is an internet narrative. Entire Pakistani nuclear doctrine is all about halting an Indian expedition on the lines of 1971.

That's enough to say what India had been doing.

UnderFingy said:
My concern was about those radicals sharing nuclear tech with other Islamic nations. Not them operating it.
Abdul Qadeer Khan who recently died, who was the 'father of Pakistan's nuclear bomb', had a role in North Korea getting nukes.
Click to expand...

Russia, China and their satellite states have such trade within this circle. Regardless of communist NoKo or Islamist Pakistan. 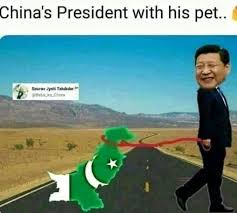 avknight1408 said:
So I have been a NYT subscriber for sometime. Recently decided to go through their old archives and found some gems.
Click to expand...

avknight1408 said:
P.S: In my free time I'll try to find more gems and post it here. Man this is totally worth the subscription fee!
Click to expand...

The below NYT article was published on July 17 1999. It has some memorable quotes and sentences.

Up and down some of the steepest peaks in the Himalayas are dozens of freshly dug graves of unknown soldiers, men who India insists are Pakistanis and whose nation dares not claim them.

The Indian Army buried five more bodies here today near the crown of a mountaintop 16,500 feet high, a spot recently re-named Gun Hill on military maps because of the intense mortar fire that has been lobbed from its rocky summit.

Just as they have with the bodies of others, the Indians offered them to Pakistan, but Pakistan, caught in what much of the world believes is an elaborate fiction, cannot accept the dead from an invasion force it has disavowed.

For two months Pakistan has insisted that the hundreds of invaders who had dug into mountaintop positions just inside Indian-controlled Kashmir were mujahedeen, Muslim holy warriors, though today its Army chief, Gen. Pervez Musharraf, told BBC that Pakistani troops occasionally engaged in ''aggressive patrolling'' on the Indian side. The Indians have from the beginning maintained that the infiltrators were largely Pakistani Army regulars, a view increasingly accepted by outsiders.

''Isn't this terrible?'' asked Maj. Deepak Rampal, one of the Indian officers who led the charge up Gun Hill. ''No government or army ought to disown their people. Think of the humiliation for the families at home -- the religious sentiments that will never be fulfilled, the sons who will never know how and why their fathers laid down their lives.''

Two months of intense fighting in these barren heights have wound down to occasional fire. Whoever the invaders actually are, Prime Minister Nawaz Sharif of Pakistan asked them to withdraw, and for nearly a week they have been doing so.

Originally the Indians said all the interlopers had to be gone by today, but they have since agreed to allow another 24 hours or so.

Now for India, with its war won, winning the news media seems important. Hence, today's trip for reporters. ''Most of the bodies we bury where we find them, but these we brought back up to the top of Gun Hill to show the media,'' said Maj. J. A. Arif.

The Indians, glorying in victory, ferried a flock of reporters up to the funeral atop the narrow peak, no easy expedition. Only the smallest of helicopters could land on the one tiny wedge of flat terrain. Eighteen visitors had to be flown in one at a time.

A Muslim cleric from the army presided over a respectful if abbreviated minute-long service. When he chanted ''Allah akbar,'' ''God is great,'' six Hindu soldiers dutifully answered, ''Allah akbar.''
The bodies, covered with Pakistani flags, were then lowered into a grave barely two feet deep. It is hard to gouge out a resting place here. Up this high, the Himalayas are like a moonscape of outcroppings and craters, their colors changing from brown to black to purple. The surface is covered with sharp chips of slate. Not far below is solid rock.
The five men had been dead for at least 10 days. As they were placed into the hole, the flags were removed. One man's leg fluttered about as if no solid bone was left to hold its shape. Another had but the smallest remnant of a right foot.

The dead, by India's account, were among 53 of the enemy who had been killed during a two-day battle for the peak that ended on July 6. The invaders had used what was then known as Point 4875 as a perch for shelling a key Indian highway.

'We advanced on them inch by inch under the cover of artillery fire and flame throwers and rocket launchers,'' said Maj. Vikas Vohra. ''When we finally came upon them, some were taking meals. Their tea was piping hot. They were caught completely unawares.''
None of those buried today were identified by name, but the officers atop Gun Hill showed off several items that they presented as proof of a Pakistani military presence. There were identification cards from Pakistan's 12th Northern Light Infantry and army pay books. There was a letter from a soldier to his family.
Such evidence is easy to falsify, as the Pakistanis have charged. And indeed nothing that was presented by the Indians was conclusive.

Still, the Indians worked hard at making their case. Not far from Gun Hill, at the Indian military base at Dras, a display had been laid out of ammunition, weapons and gas masks -- all supposedly standard issue of the Pakistani Army.

Maj. Gen. Mohinder Puri made brief remarks. He was eager to speak of the confiscated items, and eager to set the record straight on something else: ''We have observation-post logs which give us the details of when the Pakistanis arrived, which was some time in the first week of April,'' he told reporters.

That is important because some reports put the invaders in the mountains as early as February. Indian intelligence agencies have been heavily criticized for not discovering the intrusion until May. If the invaders had been there for but a month, then India had only been caught with its pants down around its knees, not its ankles.

To be sure, better surveillance is required, and perhaps a permanent presence in these peaks, General Puri said, adding, ''We will analyze a lot of things before deciding what type of deployment we will have.''

Despite the hale talk of victory, there was something melancholy in the air. An air force commander confided that there had been great glory in sending his men off on so many sorties, and he was sorry to see the excitement end.

Col. S. V. E. David, the army's deputy commander at Dras, said in a conversation about the invaders, ''If you come 8, 9 kilometers inside your enemy's territory, why do you bloody run away like a dog with its tail down?'' He seemed to feel his opponent had quit the game at halftime.

''They should have fought it out for longer,'' Colonel David said. ''They had the supply lines. They had the men. They could have lasted 10, 15 more days. What they lacked, I think, was leadership. Whoever was running things just couldn't keep the act together.''

Niazi crying a river as POTUS Biden has refused to call him up!! 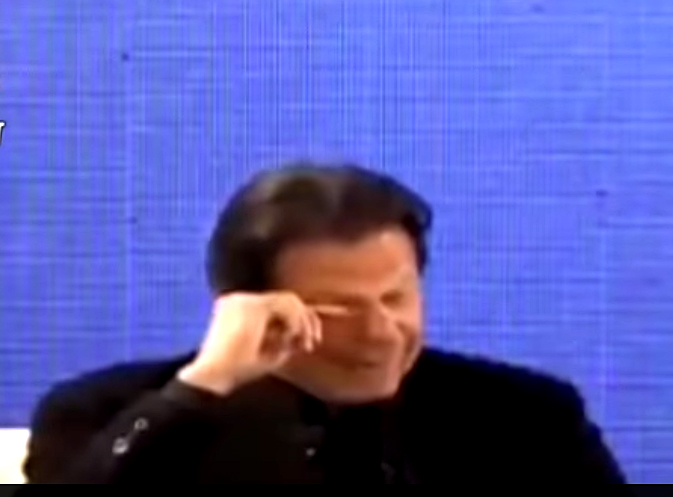 In contrast, the bonhomie between Biden and PM Modi is striking!! Looking at this pic these Pakis are gonna go berserk and pissed off at the treatment accorded to the failed leader of their rump state! 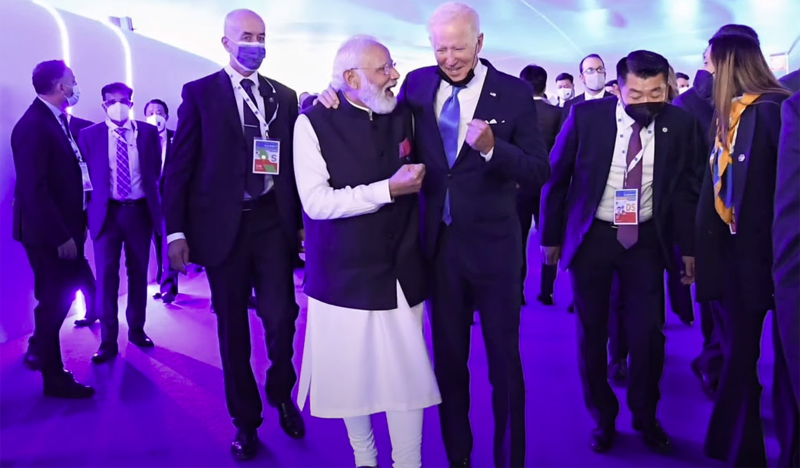 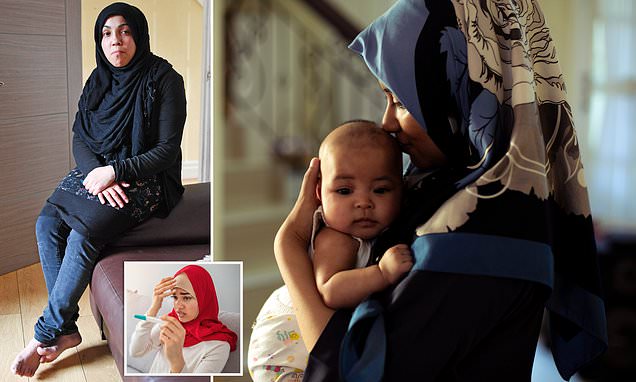 Half of Pakistani-heritage couples in Britain are in cousin marriages

Tahira Naqvi, 40, who lives in Bradford, lost her first baby after marrying a cousin at age 21. Babies born in cousin marriages can suffer from 'recessive' genetic disorders associated with disability.

And while British Pakistani couples are responsible for 3 per cent of births overall in the UK, they account for a third — 33 per cent — of children with genetic birth defects.
Click to expand...

Army which have its own Country