Researchers at IIT-Kanpur have developed India's first low-altitude long-endurance unmanned aerial vehicle (UAV) that could be used for anything from patrolling the border to traffic and crowd monitoring.The aircraft, called P1, is commanded by a computer pilot on the ground. It can fly for more than 10 hours continuously at an altitude of up to 5,000ft and has a wide operating radius of 150km.
"We anticipate both civilian and military applications. The system could even carry environmental sensors like Chromium sensors on it and fly over river Ganges to measure the pollution levels," co-principal investigator, Dr. Deepu Philip told HT.

The UAV had its first field trial on August 14 and can be used for highway patrolling, traffic and crowd monitoring (in case of riots) or crop and pollution surveillance. The armed forces are also keen to test the aircraft for its use.

The project started in January 2014 and was jointly funded by IIT Kanpur and Prabhu Goel foundation. "The entire system was designed using a systems engineering approach, to meet the desired specifications and target the need of Low Altitude Long Endurance (LALE). During the initial test flights at IIT Kanpur air strip, we were able to reach altitude of 1,000 feet," Philip told HT.

IIT Kanpur and Aurora Integrated Systems of Bangalore collaborated in testing and manufacturing of the aircraft. The UAV is a product of synergy between start-up firms and academic institutions that promotes an entrepreneurial ecosystem. 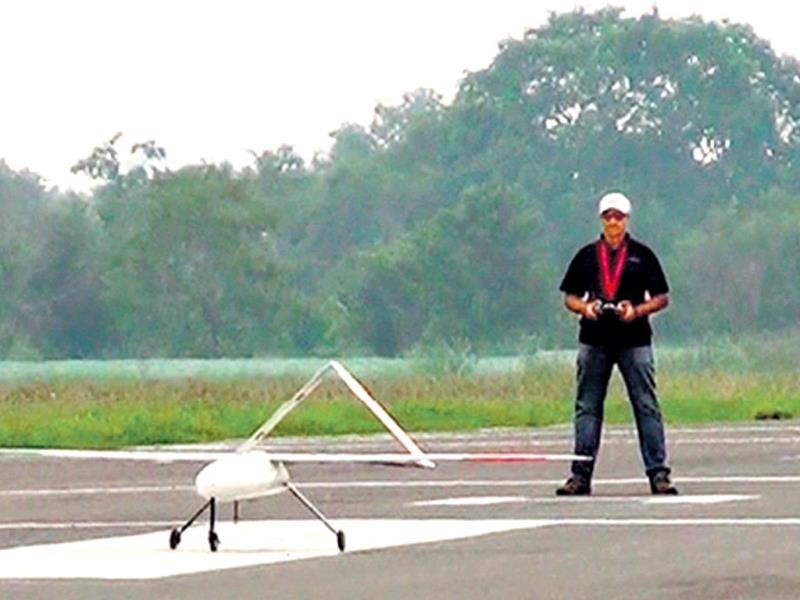 You must log in or register to reply here.
Similar threads
How the USSR revealed its eye in the sky to the Indian Army
IAF to finally have desi ‘eye in the sky’ to look into Pakistan, China
CRPF-DRDO combine to provide anti-Maoist troops their eye in the sky
NATO's airborne surveillance: Eyes in the sky
Share:
Facebook Twitter Reddit WhatsApp Link