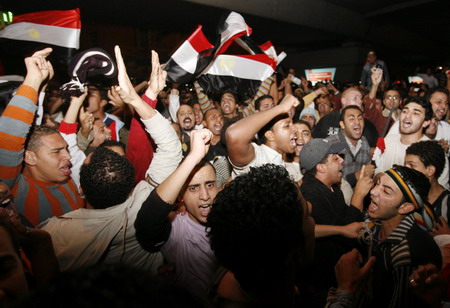 CAIRO: Egypt recalled its ambassador from Algiers for consultations on Thursday after Egypt's soccer team lost to rival Algeria in a play-off to reach the World Cup finals, accusing its fans of post-match thuggery.

The move is the latest in a tit-for-tat spat between the North African countries about minor violence surrounding World Cup qualifying matches played on Saturday in Egypt, and on Wednesday in Sudan.

Egypt's state-run EGYNews website said Cairo was recalling its ambassador over violence against Egyptians after Wednesday's match that Egypt has blamed on Algerian fans.

About 2,000 protestors, some burning Algerian flags, gathered near Algeria's embassy in Cairo late on Thursday to protest what they said was violence against their compatriots and called for the Algerian envoy to leave, witnesses said.

A Reuters witness said two police pick-up vans were damaged, one had been overturned by protesters with windows smashed. Other protesters scuffled with police using teargas to disperse the crowd and block them from reaching the embassy.

Such protests are rare in Egypt where demonstrations are usually small and swiftly contained by police.

That set up Wednesday's playoff in Khartoum, selected by Egypt when they won a draw to choose the venue.

Algeria won 1-0 to qualify for the World Cup in South Africa next year, their first appearance at the finals since 1986.

Even before the Sudan playoff, Egypt had complained when Algerian fans trashed the Algiers headquarters of Egypt-based Orascom Telecom's Djezzy mobile subsidiary.

Before that, Algeria was irked after Egyptian fans pelted the Algerian team's bus with stones and some fans were hurt in scuffles on game-day in the Cairo qualifier. 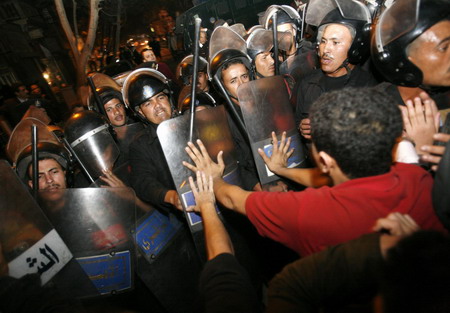 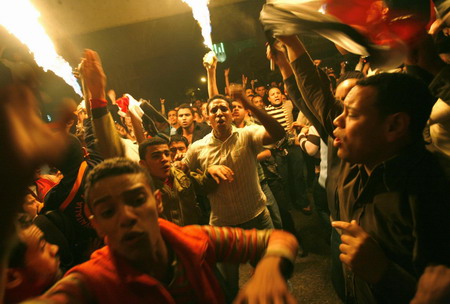 "Disciplinary proceedings have been opened against the Egyptian Football Association," FIFA said in a statement.

"According to the official reports received by FIFA, on November 12 there were incidents affecting the Algerian team on their way from the airport to the hotel."

Egypt complained of Algerian violence against its fans on Wednesday and summoned the Algerian ambassador in Cairo to demand his government protect Egyptian citizens and assets in the country.

Egyptian President Hosni Mubarak asked his foreign minister to summon the Algerian envoy to demand Algiers "bear its responsibility to protect Egyptian citizens present on its territory as well as its institutions and interests", state news agency MENA said.

Frustrated by accusations it had not looked after fans, Sudan also summoned the Egyptian ambassador in Khartoum in protest. "We really disagree with what was said in the media," Sudan's Foreign Ministry said in a statement.

"Instead of showing a little bit of appreciation to Sudan for accommodating more than 25,000 fans of the two teams at very short notice, the Egyptian media took a minor and isolated incident and used it as a chance to attack Sudan in a very unacceptable way," it added. 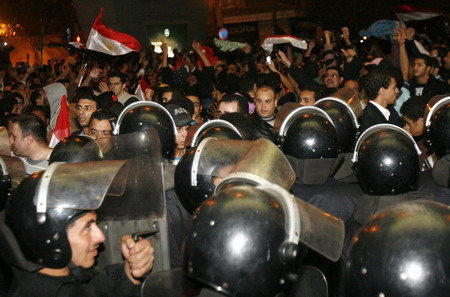