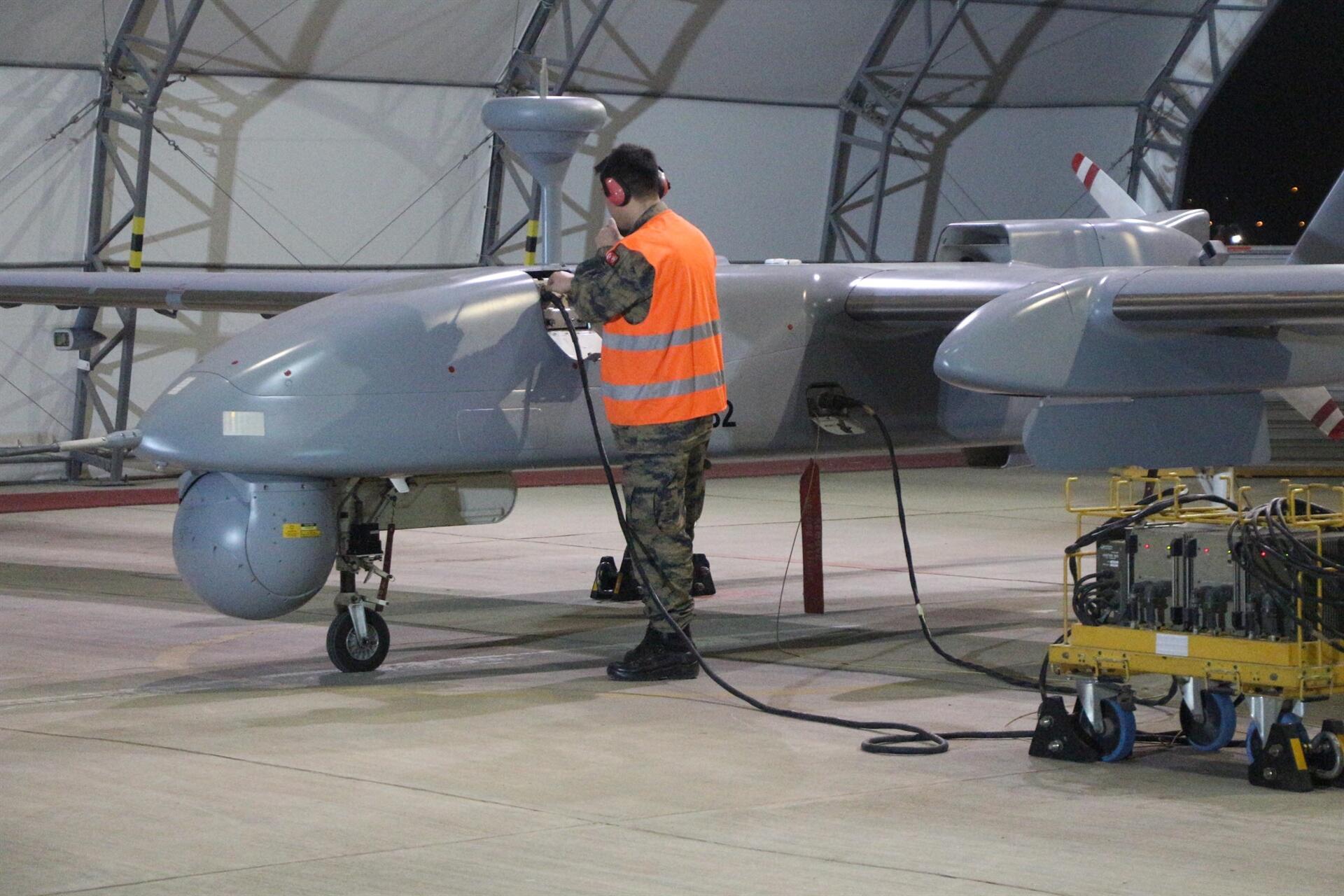 A drone base in the southeastern province of Batman has been playing a crucial role in the Turkish security forces’ fight against terror.

The 14th Drone Systems Base Command under the Turkish Air Forces Command houses drones that are active in the anti-terror fight and that can remain in the air for 24 hours.

Personnel of the base command, which is described as the “eye in the sky” of the Turkish Armed Forces (TSK), were on duty on New Year’s Eve and commanders visited soldiers on duty in towers to celebrate their new year.

“The TSK’s striking power on duty for 24/7 for 365 days,” read a message of the armlets of the personnel.

Maintenance and repair works are also carried out at the base, in which flight units also conduct pre-flight planning efforts.

Acting in line with the principle of “silent, breathless, unarmed, unrivaled, flawless, sleepless,” the base’s non-commissioned officers carried out the maintenance and refueling works of the drones minutes before welcoming the new year under the surveillance of their commanders.

The soldiers then had dinner with officers, non-commissioned officers and commanders at the base and exchanged their good wishes for the new year.

Meanwhile, the authorities have stated that a total of 120 outlawed Kurdistan Workers’ Party (PKK) militants were “neutralized” last month in security operations carried across Turkey.

The authorities use the word “neutralized” to refer to militants who are killed, wounded or captured.

In the same time period, three security personnel and one civilian were killed in PKK attacks, while another civilian and seven soldiers were wounded, state-run Anadolu Agency reported on Jan. 1.

Security forces continued their aerial and ground operations against the PKK within and outside Turkey’s borders, in December 2017, with 195 suspects of the outlawed group being detained, of whom 163 were later arrested.

In addition to the “neutralized” and arrested militants, security forces targeted shelters and weapon depots belonging to the outlawed group.

The districts of Çukurca and Şemdinli in the southeastern province of Hakkari, the Doğubayazıt district in the eastern province of Ağrı, and the Beytüşşebap district in the southeastern province of Şırnak were among the places where the security forces conducted intense anti-PKK operations.
You must log in or register to reply here.
Similar threads
Drone Attacks on Indian Air Force Base in Jammu Underscore New Threat
U.S. troops arrive in Niger to set up drone base
US Drone Bases In Pakistan
US setting up secret drone bases in Indian Ocean
Share:
Facebook Twitter Reddit WhatsApp Link