Covfefe said:
What is the issue with ATAGS? Is the weight more than what the Army mentioned in its requirements?
Click to expand...

Accuracy seems to be the issue.

Akula said:
Under fabrication for Ins Anvesh?
Click to expand...

not so dravidian said:
already deployed for anvesh, maybe a bigger version for dhruv??
Click to expand...

Could it be for IAF's HPR? Or maybe, better yet, NGD/Project-18?

Video of the Prime Akash

Okabe Rintarou said:
Could it be for IAF's HPR? Or maybe, better yet, NGD/Project-18?
Click to expand...

Anyone knows the difference between akash mk1s vs prime vs mk2(if there is any)?

Ans to my question. Drdo and its confusing names 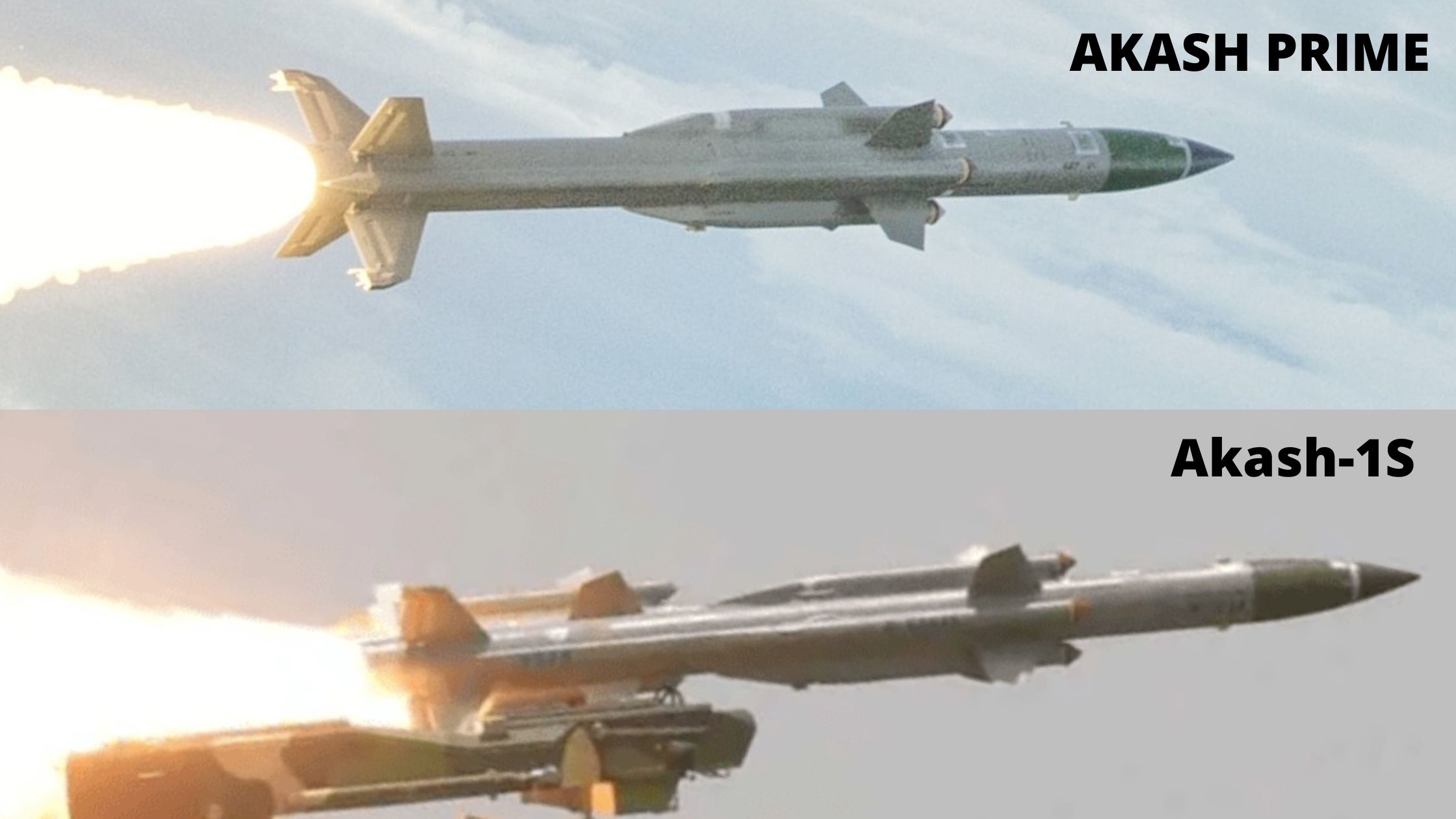 The control surfaces are optimized for better agility , in the video published you can see it intercepts the target after climb and sharp decent indicates how it bypass Mountains and ability to hit the hiding target's behind the mountain.

The control surfaces are optimized for better agility , in the video published you can see it intercepts the target after climb and sharp decent indicates how it bypass Mountains and ability to hit the hiding target's behind the mountain.

Is fcr capable of targeting low flying and using mountain for couver targets, or need/can use aew aircraft data ? any upgrade to its fcr ?

Is this the first time they have blurred out the timer (countdown/count up)? Would have been a given a good sense of the range at which the interception took place.

Image credit goes to original owner (marked in the image).

Image credit goes to original owner (marked in the image).
Click to expand...

Into a great new gen AD platform
Click to expand...

IMO Akash is a great success story of how you learn from reverse-engineering but make something of your own instead of blindly copying the system like Chinese.

Akash’s base missiles aerodynamic model is practically same as that of 2K12, but every other thing like datalink, radar, range, warhead, seeker and TEL has been improved multifold & indigenised.

flanker99 said:
Anyone knows the difference between akash mk1s vs prime vs mk2(if there is any)?
Click to expand... 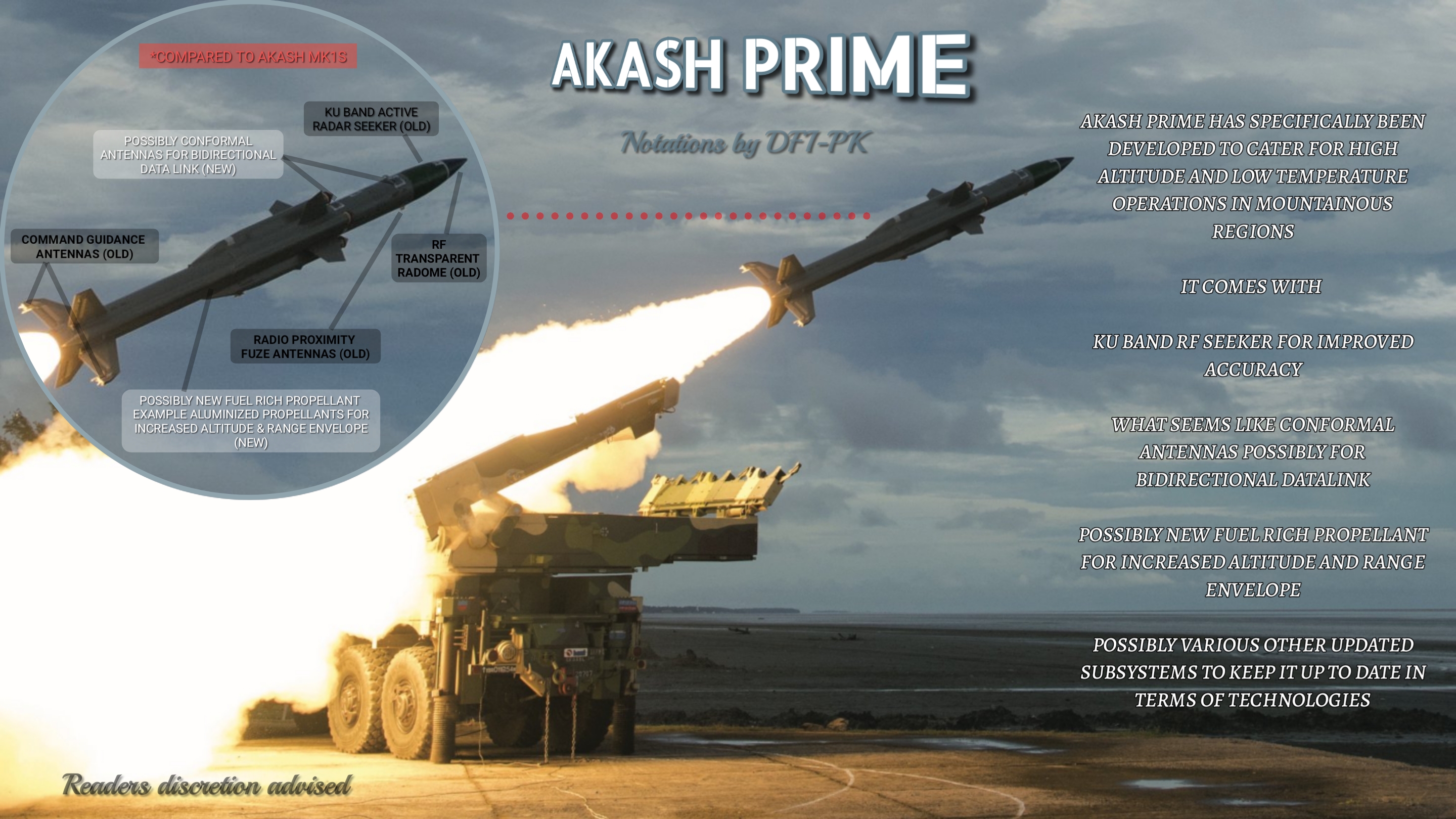 Chinmoy said:
Byraktar is comparable to Rustom-1. Now please compare the crash rate of Byraktar with that of R-1.

Now if you compare the service record, please note that IA don't want R-1/ Byraktar capability. IA is more interested in capability equal to Heron or something to exceed it. So R-1 is not going to suffice that and capability wise R-2 is on another level then Byraktar.
Click to expand...

The crash rate of Byraktar was the result achieved in the battlefield with various threats against the plane, the communication channel and even the people controlling it.

What is the background of R-1's crash rate?

The defence ministry has dissolved the Ordnance Factory Board (OFB) with effect from October 1 and transferred its assets, employees and management to seven public sector units (PSUs), according to an official order.

As part of the "Atmanirbhar Bharat" (self-reliant India) package, the central government had announced on May 16 last year that it would improve autonomy, accountability and efficiency in ordnance supplies by corporatisation of the OFB.

The order said: The government has decided that all the employees of OFB (Group A, B & C) belonging to the production units and also the identified non-production units shall be transferred en masse to the new DPSUs on terms of foreign service without any deputation allowance (deemed deputation) initially for a period of two years from the appointed date (October 1).

Each of the new DPSUs is required to frame rules and regulations related to service conditions of the absorbed employees, the order noted.

Each of the DPSUs should also seek an option for permanent absorption from the employees on deemed deputation to that respective DPSU, within a period of two years, it stated.

The service conditions of the absorbed employees would not be inferior to the existing ones. A committee would be constituted by DDP (Department of Defence Production) for guiding the new DPSUs in this regard so that the absorption package given is attractive, the order mentioned