DRDO has to give answer of china as news coming china deploying Electromagnetic rocket in Tibet our DRDO or others defence company should give answer to china .


What option we can use to counter china ..

let them build what ever EM system they want, we simply blast the power source with our own EMP missile under development.

Surely their power source has to be mobile, for battlefield conditions.

arya said:
DRDO has to give answer of china as news coming china deploying Electromagnetic rocket in Tibet our DRDO or others defence company should give answer to china .


What option we can use to counter china ..

Work is in progress, 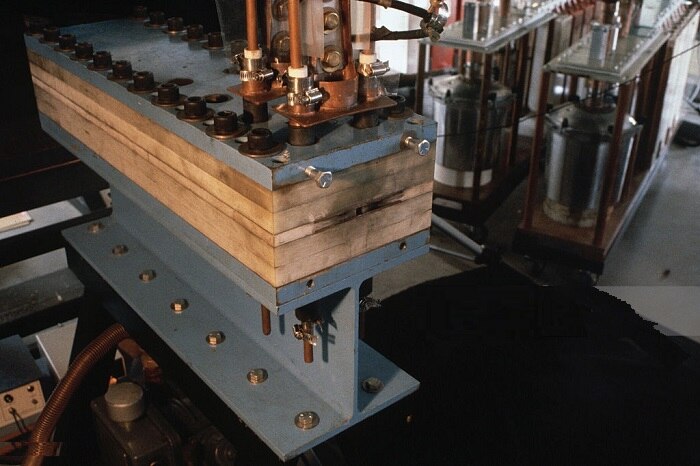 An Electromagnetic Railgun (getty images)
New Delhi, Nov 8: India has taken a giant leap in developing futuristic weapon platforms with the Defence Research and Development Organization (DRDO) successfully developing electromagnetic railguns (EMRG). The EMRG can fire projectiles at extremely high velocities reaching up to Mach 6 or 4,600 miles per hour. These railguns launch the projectile without using explosives or propellants. Instead they use kinetic and laser energy to achieve extremely high velocities.

DRDO officials claimed that they tested a 12 mm square bore EMRG and in the next stage they will go for the 30 mm variety, according to Sputnik News. The railguns being developed will be able to launch a one kilogram projectile with a velocity of more than 2,000 m/s with a capacitor bank of 10 megajoules.

According to defence experts these railguns are easy to handle and can be deployed very quickly in any theatre of operation. Using such advanced and devastating weapons also boosts the morale of troops and act as force multiplier, added another expert.

However, they added that India is still perfecting the technology used in electromagnetic railguns and the armed forces are a few years away from getting these weapons. Such platforms are extremely useful for naval forces due to their ability to respond immediately with long-range, accurate and high-volume fire support.

These weapons will hit the target with extreme speed and accuracy without giving the enemy any chance to escape. In a conventional gun , the projectiles are launched based on gas expansion which follows the usage of explosives and chemicals. A conventional gun has limitation related to the launch velocity and range which can be limited to 1.5 km/s and 80 kilometres respectively.

The United States Navy is also testing railguns for attacking land-based targets and aerial threats including supersonic missiles.
You must log in or register to reply here.
Similar threads
India has Immense Potential in Aerospace Industry: DRDO
Has DRDO never been given a proper chance?
DRDO should focus on areas where it has capacity to deliver: PM
DRDO Ghatak
Share:
Facebook Twitter Reddit WhatsApp Link