The Close Range Naval-91 (CRN-91) is a naval version of the 30mm automatic
gun installed on the Sarath ICV. The Gun has been developed by OF Medak in
association with DGONA/Indian Navy. CRN-91 designed to be mounted on ships,
and is made of special material suited for marine environment.
The CRN-91 Naval gun is gyro stabilized and is directed by electro-optic fire control
system (EOFCS) for day and night use. It can also be remotely operated. Due to its
low its operational cost, it is most suited for vessels primarily designed for
peacetime patrolling and policing, particularly for anti-insurgency, anti-smuggling,
anti-pirate and maritime surveillance of exclusive economic zones (EEZ). It has
been installed on many small warships. The indigenous CRN 91 Gun with EOFCS
gives them the requisite firepower to undertake their basic role of patrolling
effectively.


OFB manufactured 40 mm L-70 Gun from 1962-63 onward. The original design of
this gun is of erstwhile Bofors, Sweden. This Gun has remained the mainstay of the
Army Air Defence for long.
OFB in association with BEL has upgraded this gun with features like, All-electric
Drive ( to enable faster ) response, Optronic Sight (for target acquisition and to give
it Day and Night fighting capability) and Ballistic computer (to calculate the firing
angle for maximum hit probability).
The upgraded guns are being supplied to Indian Army by OFB/BEL against their
order received after competitive bidding.
Click to expand... 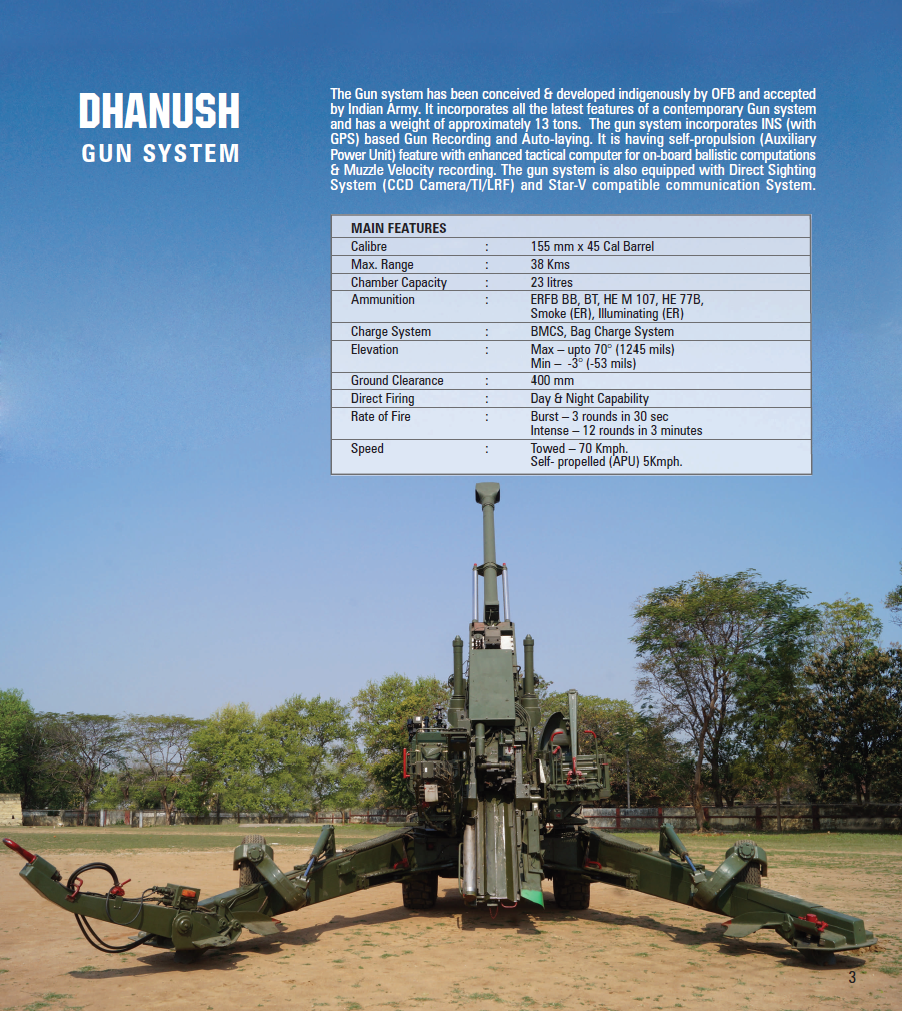 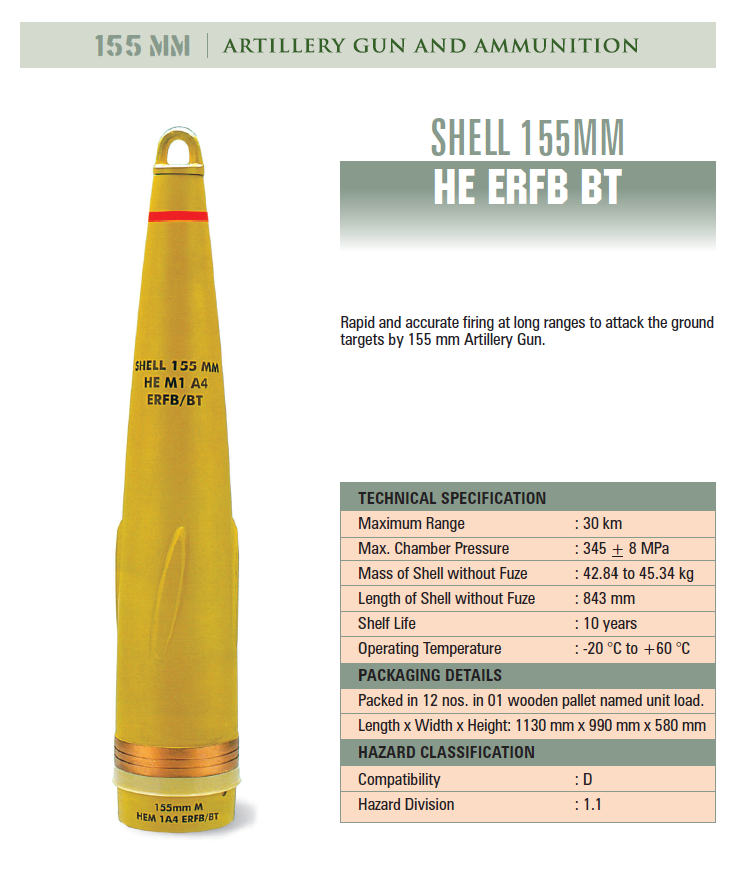 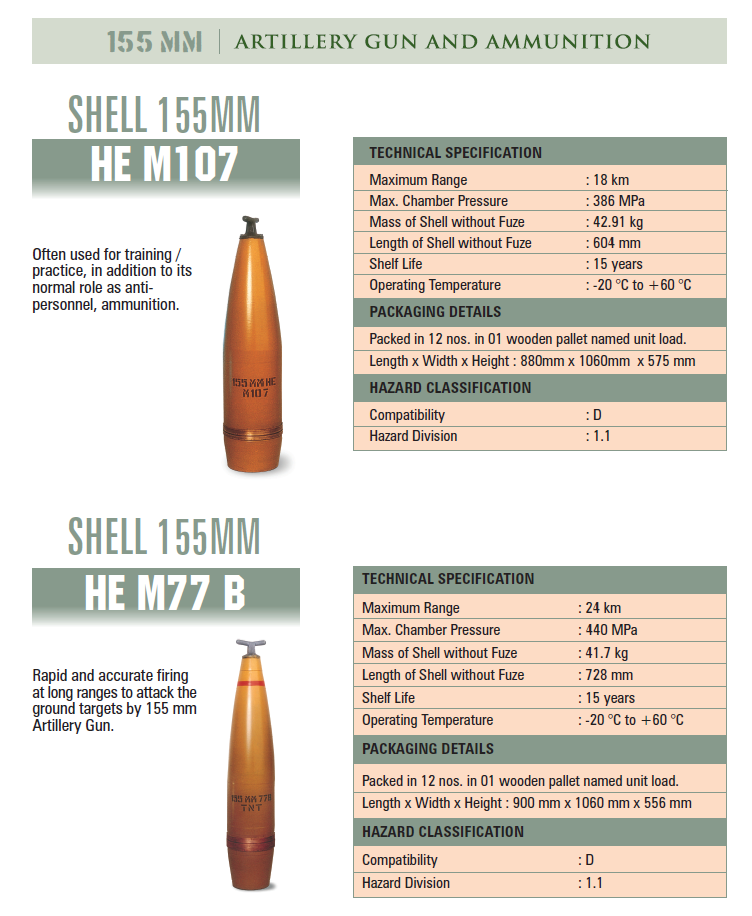 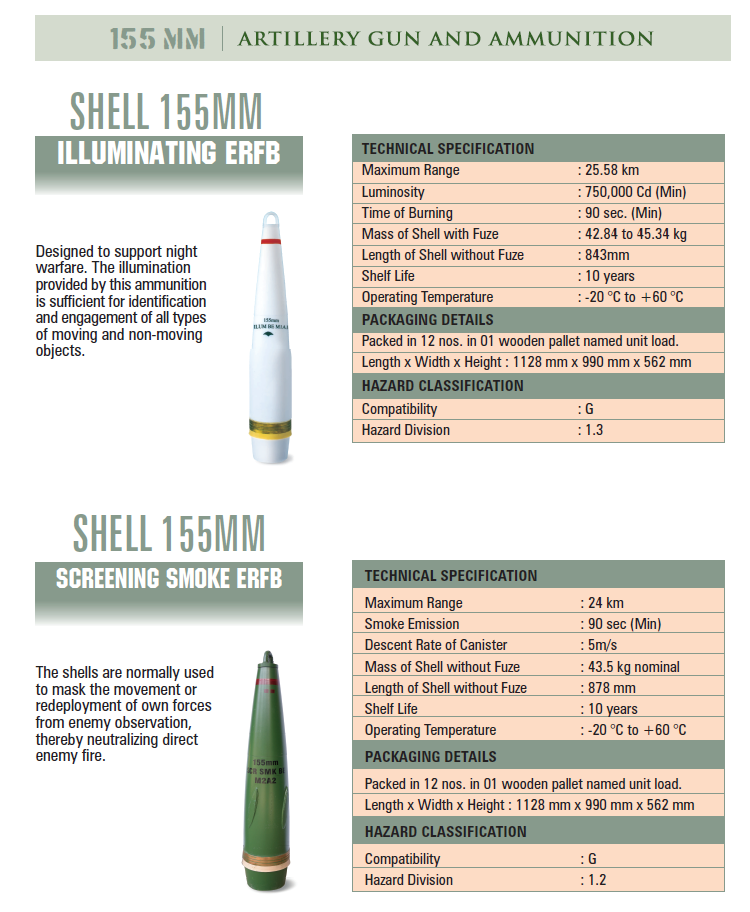 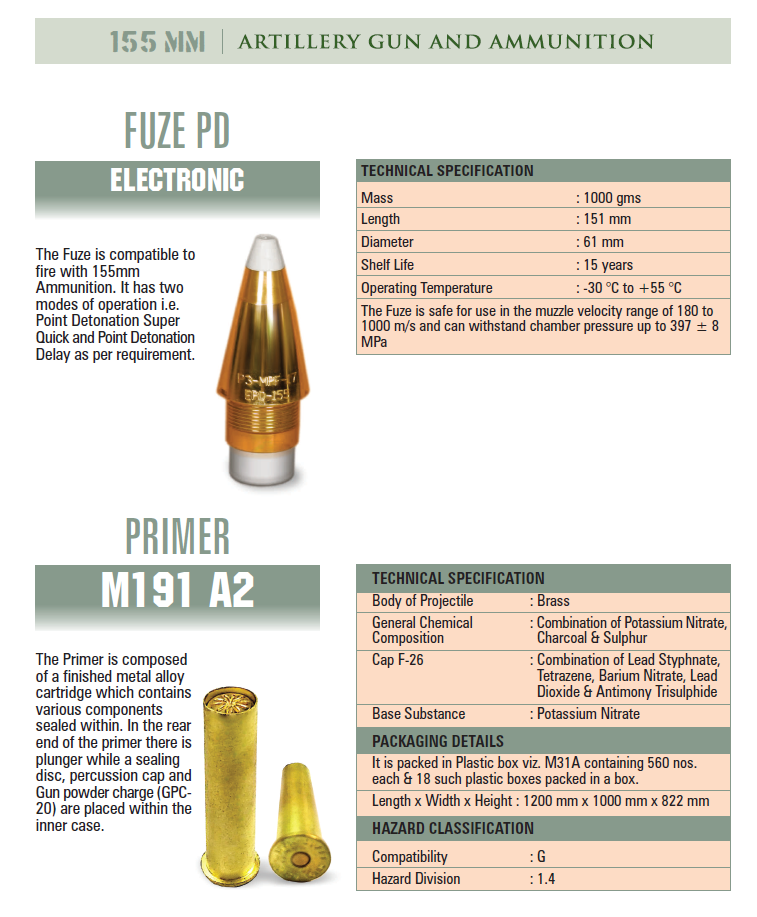 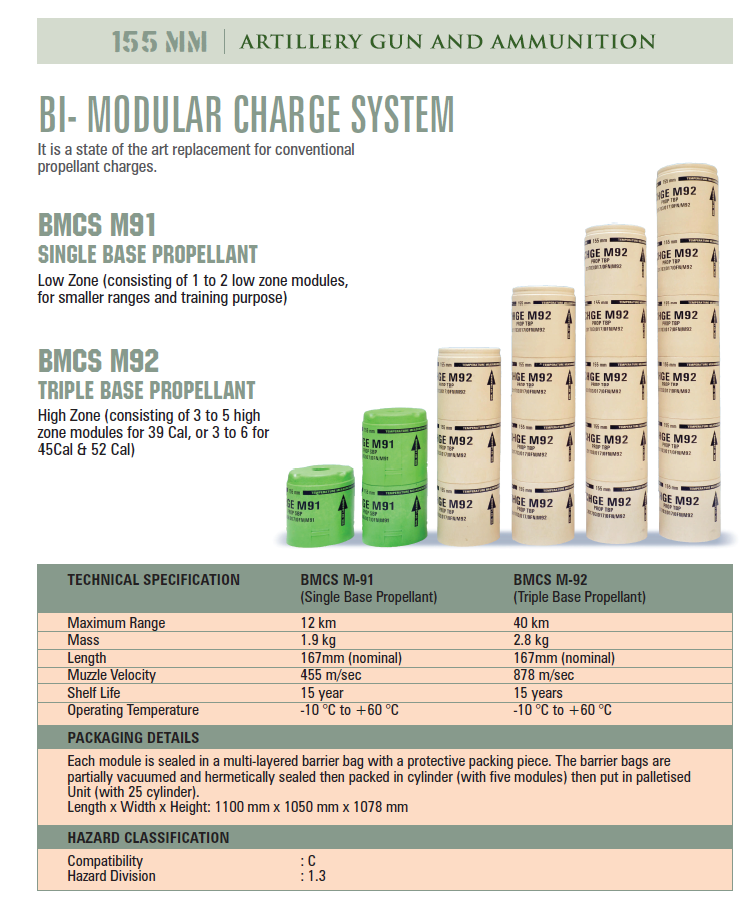 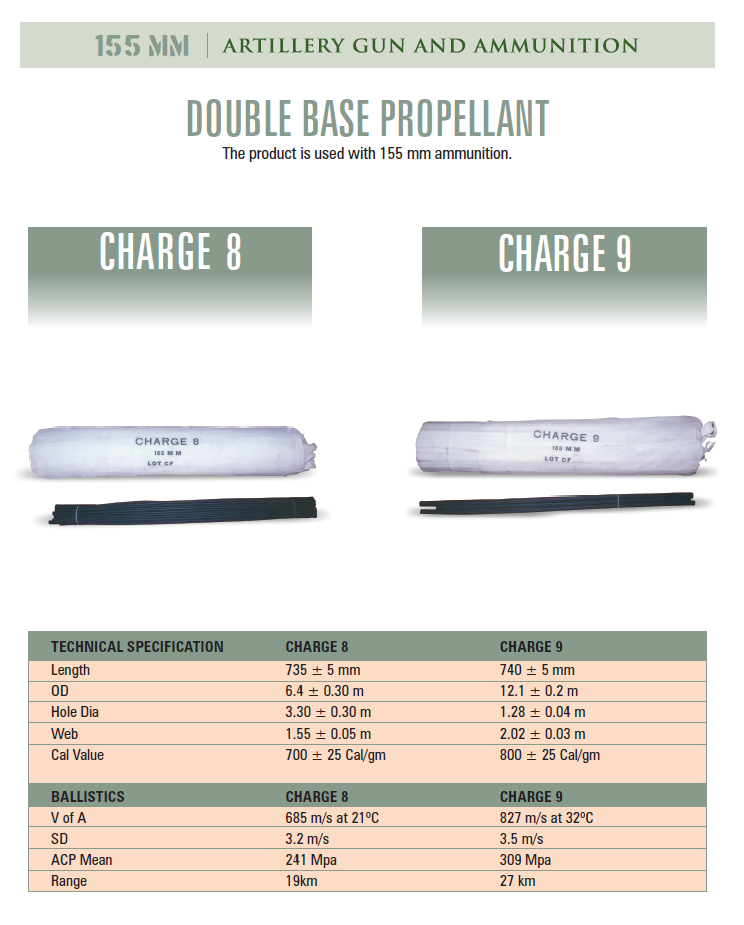 manindra said:
Russian military have one proverb regarding effectiveness of Air Defence System," Its like female's pubic hair, it cover the P##sy, but can't protect it."
Thats why USSR discarded Nuclear tipped SAM in favour of capable interceptors.
Even when you don't have 5th or 6th generation fighter, still you can counter it with tactics, Electronic Warfare & precise intelligence. Even poor Serbia shown it.
Its not movie that squadron of fighter bombers come & paralyse the country.
Even in Desert Storm it took thousands of sortie per day against Iraq.
Still they were fearful of their obsolete Scuds Missiles.
Can't India Simply bomb the shit out of that country with Cruise & Ballistic Missiles ?


Most Stealth bombers have standoff weapons, how would you guide such SAM's against stealth planes who also may carry Anti Radiation Missiles as well.

What would be radiation effect for densely populated country like in India in short & long term?

All Nuclear bombs denonate up in Air to make maximum damage.

Enemy would not submit their attack plan to us & not fight according to our convinience.

And 12000 km ICBM & 2500 - 3000 Km Cruise Missile, Hypersonic missile, SSBN armed with SLBM even with conventional warhead would not

I am the most vocal supporter of ICBM, long rage cruise missile, SSN & SSBN & large defence order but our force only order piecemeal size order.
Even if we make ICBM then what. They would order may be 10 to 12 piece

Enough of Dhoti shivering
Why not simply take offensive stance, induct advance Radar, EW suites & Solution & capable interceptor in large nos.
Here IAF happily flying MIG 21 instead of LCA & you are dreaming of Nuclear SAM
[email protected] shooting their own Helicopter despite IFF, crashing any plane in the inventory like piece of cake & you expecting to these incompetents to handle N-SAMS

We are not talking about conflict with Pakistan or Somalia but an technologically advanced country like the US, Russia or China(in about a decade or so). And how the hell will you bomb the shit out of the US when we are 10,000km(appx) away from them but their aircraft carriers can be next door to us and when they have many bases in the Indian Ocean area. We do not even have a 1000km cruise missile(only now there are reports of Nirbhay being deployed in small numbers) and our long range ballistic missile arsenal is less than 25 and used exclusively for nuclear weapons delivery.

If we are talking of conventional warfare we cannot even approach near the US but they can sit on your head here. Do you even recognise the asymmetry.

Mr Einstein, I am talking about a hypothetical war with the US in the future and not a war with Maldives. May never happen but should we not plan for worst case scenarios considering that the US Seventh Fleet came close to bombing us in the 1971 war.

I am sure that the US has wargamed a future possible war with India though they will not admit it. All countries do prepare for various contingencies.

If the enemy planes fire stand off missiles and munitions from several hundred kilometres away without violating our airspace then obviously we will not be firing nuclear tipped Sams at them. I was talking about our airspace being violated. Is it so difficult to understand.

The use of nuclear tipped Sams is envisaged in a particular situation where our air defence network is unable to adequately respond to an enemy air attack and our vital institutions are under threat.

Have you taken the trouble to read on effects of nuclear bombs. Especially low yield tactical nuclear warheads. There is a lot of information available on the net. I was only stating that the effect of a 0.2kn bomb is very different from that of a 20 kn bomb. Nuclear artillery has been around for decades and a nuclear artillery shell does not destroy a city. Please read up on various types of nuclear weapons.

The Hiroshima nuclear bomb was dropped at a height of about 600 metres above the surface which is approximately 2000 feet. Modern combat aircraft fly even higher than 50,000 feet. So if the invading planes were at height of 40,000 feet our nuclear Sam would also explode around that altitude. So to say that all nuclear bombs are air bursts is over simplifying it.

In a conventional war you will never use an 12,000km ICBM to bomb the enemy. Usually IRBM's and ICBM 's are used for nuclear weapons delivery. Why are you getting confused and bringing in strategic weapons.

Appreciate your backing for a strong defence capability for India. Obviously there is room for improvement.

If you want a rotor based drone to lift weight either go for simple 4 rotor design like chinese have been using and we saw in 3 idiots movie too I guess.

Or use a classic heli design with enough internal space and twin rotor like Kamov.

found this on official site so might be for representational purpose

Why Guess, here's a pic

Here's another pic in camo from recent Defexpo A few days ago DRDO open some requirements for Engineers and I applied for that position but due to COVID 19 not get any information if anyone know about information please let me know. contact me.

Shashank Nayak said:
Between do we ever display real missiles in RD parade or just mockups...?
Click to expand...

Akula said:
@porky_kicker @patriots Is there any plan for integration of a IR seeker on SAAW?
Click to expand...

porky_kicker said:
Not to be left behind I predicted that somebody will come up with a 100 ton figure in the future and you took it seriously lol

Typical fanboy conception: the bigger, the better?
Comparing to heavy missile, the lighter weight has the benefits in storage, maintenance, response time, transport maneuver.
US, Russia, China and France, their latest ICBMs are all over 10000km with <60ton weight, only fools will expect a 100 tons missile which can only sit in the silo.

what if I were to tell you?

that DRDO morons intentionally sabotaged the gun barrel manufactured by Bharat Forge Ltd gun during user trails of ATAGS? would you believe me?

the gun barrel exploded during the first round itself. this is a clear indication of sabotage. previously the gun cleared all clinical trails and went to productions.

Something not right here

AGNI 5th range is far greater then 5500KM. even Chinese suspects the range to be in low 8000kms

when can i see the first flight

utubekhiladi said:
what if I were to tell you?

that DRDO morons intentionally sabotaged the gun barrel manufactured by Bharat Forge Ltd gun during user trails of ATAGS? would you believe me?

the gun barrel exploded during the first round itself. this is a clear indication of sabotage. previously the gun cleared all clinical trails and went to productions.
Click to expand...

Your second paragraph is answering your first paragraph

.
How did DRDO sabotaged its own project when trials is being taken by Army?
If previously Gun has cleared all trials then how DRDO managed to sabotage now?? Did DRDO changed faulty barrel??

vishnugupt said:
Your second paragraph is answering your first paragraph

.
How did DRDO sabotaged its own project when trials is being taken by Army?
If previously Gun has cleared all trials then how DRDO managed to sabotage now?? Did DRDO changed faulty barrel??

Elbit has already paid kick back money so Some people are just working overtime including journalists
Click to expand...