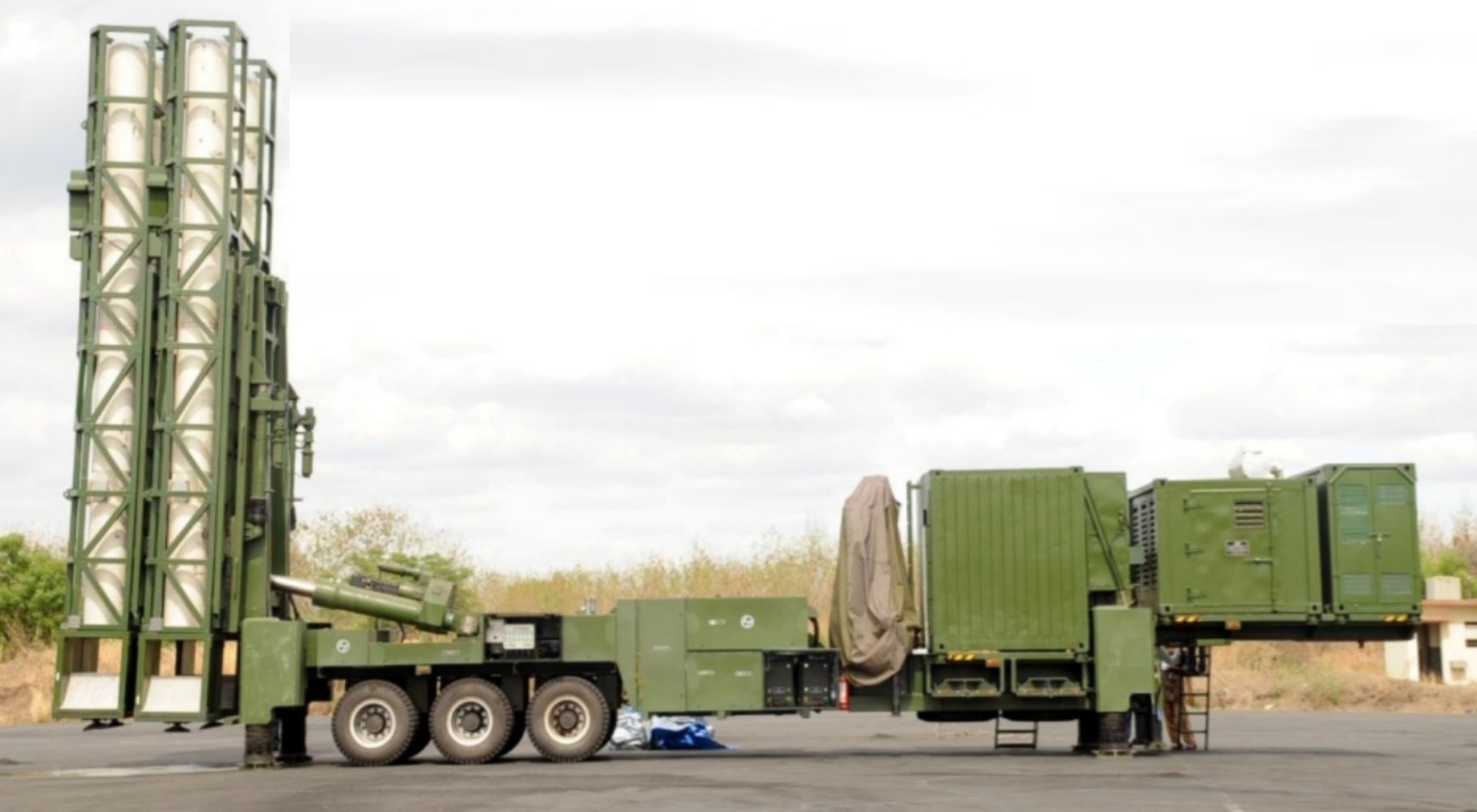 Nirbhay launcher
Will most probably be repurposed to use the new long range cruise missile under development.

Hopefully the new cruise missiles will be cannisterised and not naked like nirbhay.

ASAT Kill vehicle? Canister for Agni 5 in the background. 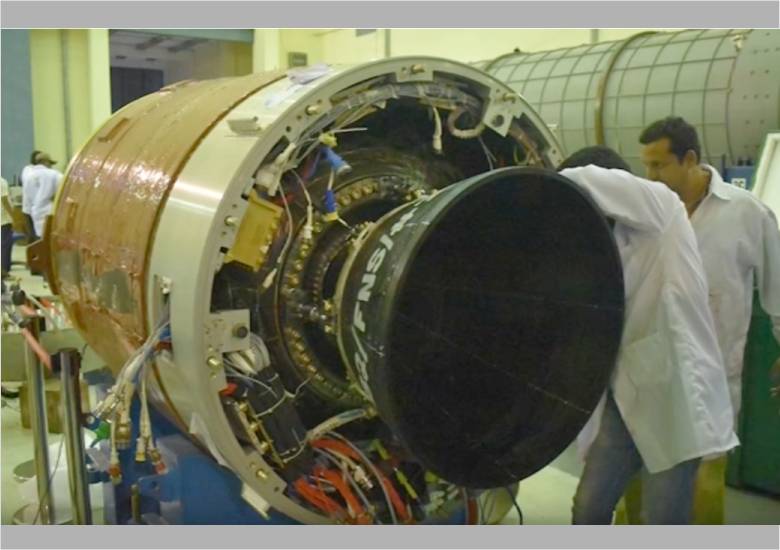 Note the actuator ( behind the printed letter F ) connecting the exhaust nozzle to the neck of the motor . There are more , one is visible on the top , others will be there along the circumference of the nozzle.

What does it signify ?

It means it is a flex nozzle

What is its utility ?

It means the nozzle can can flex ( deflect ) in any desired direction , which means that perticular rocket motor when it is on will allow the missile to change direction during flight by moving ( deflecting ) the exhaust nozzle via the actuators.

The pic below gives a general idea 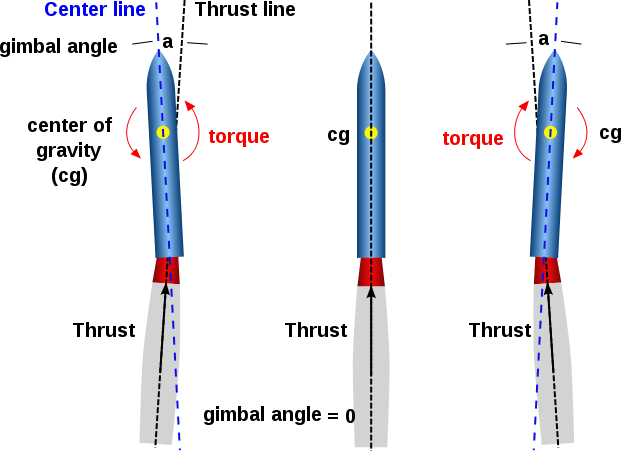 doreamon said:
As per chinese estimate range of agni 5 is 8000 km.
Click to expand...

It is best that confusion remains , it puts the onus on the hostiles.

porky_kicker said:
Problem with OFB is bureaucratic chamchagiri and bootlicking ( present in all government departments ) and zero capability and knowledge in field of work , top hierarchy is filled with civil service recruited fools . Somebody with a degree in urdu or agriculture etc cannot be expected to do R&D nor have the knack for the same. What is the percentage of career scientists and engineers in ofb , almost zero. Such an organisation is doomed to fail and ironically it had failed long time ago. A production agency must be led by scientists or enginners with MBA degrees not civil service recruited useless bureaucrats from non technical fields.

I once viewed a video where a ofb guy was asked to explain sarang , the fucker spent half the time praising the chairman who I am 100% sure contributed 0% to the development R&D of sarang . I was so disgusted at the bootlicking , it was downright pathetic.
Click to expand...

Other than the bureaucracy there is also Defense union which came to power in 1974. Nothing much can be done to remove the socialsit work culture on campus. We arent a authoritarian either who can just hold guns onto workers head and force them to perform. The irony is that the country which champions Workers right is the one most harsh on its workers, soviet in its prime threatened scientists/workers lives and their families so they would perform and not defect to other nation. The first cosmonaut isnt Yuri Gagarin but Valdmair Komarov, he spent his last dyeing moments cursing the soviet leaders. Just one of the many instances where The socialists championed human rights.

I have been tracking these OFB niggas and it seems they are more active on twitter rather than factories. The Recent episode of Blitzerkrig by Gauarav Arya got disliked to oblivion by OFB bots. On closely looking into these accounts it is evident they have the same origin they will post templates made by their group and spam the same. Look up telegram these baffons have a group where they plan raids on Youtube videos to change the narrative.

Unfortunately the OFB in its current form cannot by salvaged in my honest opinion. 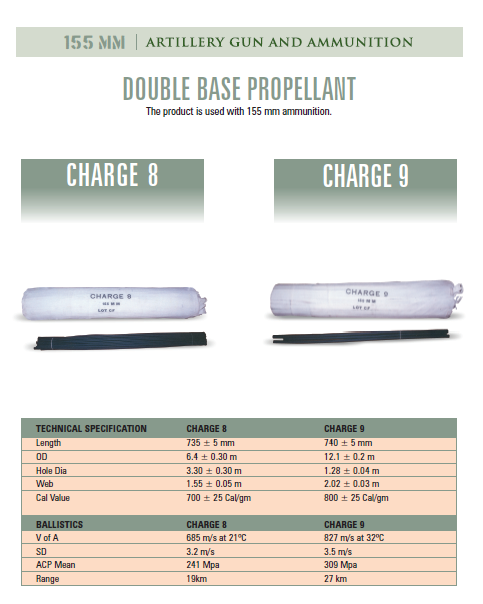 India missile technologies are not that obsolete.
65 tones for a 5000km+ missile is already too big. A 100 tones missile plus the weight of TEL has no hop of quick maneuvering.

no smoking said:
India missile technologies are not that obsolete.
65 tones for a 5000km+ missile is already too big. A 100 tones missile plus the weight of TEL has no hop of quick maneuvering.
Click to expand... 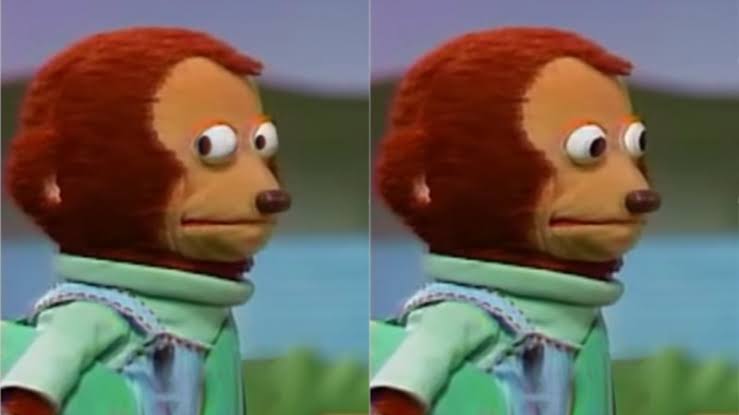 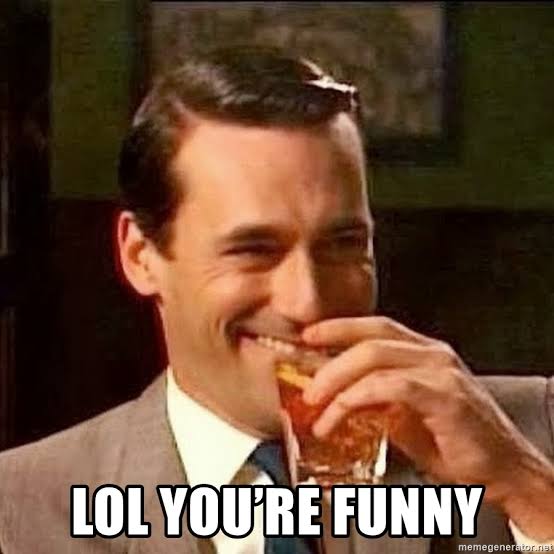 My post which you quoted was a satirical dig at people who come up with different weight figures for the said missile.

manindra said:
Even as layman would understand that Akash is point defence system, even S-400 would fail to intercept Ballistic missile warheads due to their sheer speed.
AAD, PAD, THAAD, SM6 & upcoming S-500 would able to do that.
Only Soviet Union was crazy enough to deployed Nuclear tipped missile defence system for a brief period of time. Nuking our own country to save from enemy nukes is not sane idea.

Soviet Union has vast barren land but others don't.
Click to expand...

What would you do if a squadron of F22, F35 and B2 bombers are flying in formation and approaching India to bomb vital institutions including Parliament.
None of our Air Force planes will have a good chance of shooting them down as they are minimum one generation ahead in technology. Our conventionally armed Sam's also may not succeed.

Then if a tactical nuclear warhead armed SAM is fired, goes to a predetermined altitude close to the invading bomber force and detonates the nuclear bomb what will happen?.
A nuclear blast will release deadly electromagnetic radiation which will fry the on board electronics on the aircraft and cause them to crash.

The Soviets had worked out the scenario. Of course such SAM 's will be used only in a dire situation.

It is best that confusion remains , it puts the onus on the hostiles.
Click to expand...

I don't remember the source now, but some expert had done a rough calculation taking the kind of tech India uses and the mass of the missile. He put the range at 6.5k minimum.

Hey @porky_kicker any idea what is this.

fire starter said:
Hey @porky_kicker any idea what is this.
View attachment 60636
Click to expand...

Really big vaccum tube, lol . Is that some kind of gas generator for missile launch mechanism.

Kavach is a naval decoy system to distract radar-guided missiles from their targets
and act as a system for self-defence. The Kavach decoy system releases chaff
made up of silver coated glass fiber. The chaff forms a clutter which remains
suspended in the air so that the incoming guided missile confuses the chaff as the
actual target and gets locked onto the chaff instead of the actual target.
The Indian Navy used to import Anti-submarine Warfare Rockets ("ASW") from the
former USSR. The Ordnance Factory Board and the Indian Navy/DGONA took up
the challenge to indigenize these ASW rockets and achieve self-reliance in this
field. Kavach was developed to achieve this objective. Presently two versions of
Kavach viz Kavach Mod-I and Mod-II manufactured by OFB are under exploitation
by Indian Navy. 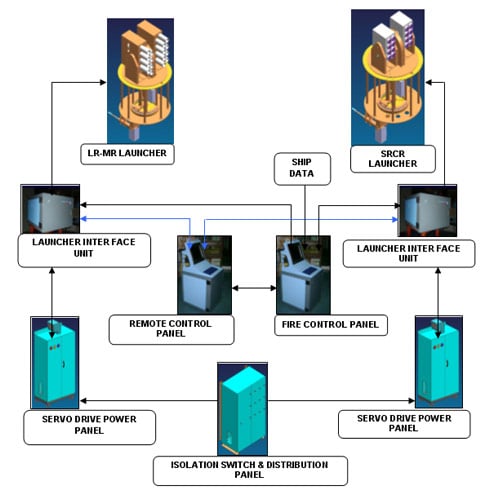 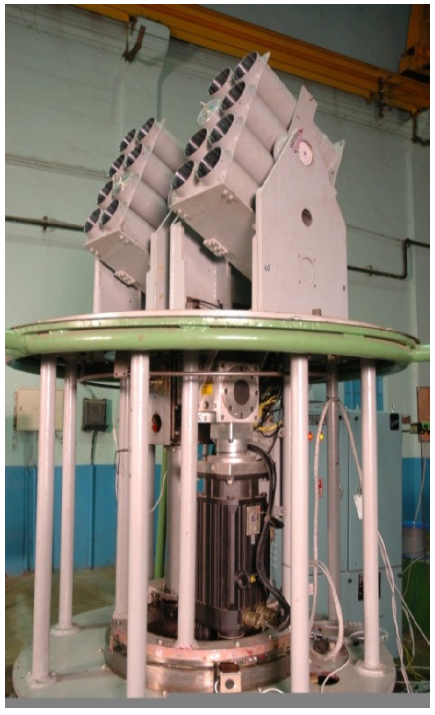 fire starter said:
Hey @porky_kicker any idea what is this.
View attachment 60636
Click to expand...

There is something interesting relating to this system which I cannot reveal.

Dessert Storm said:
I don't remember the source now, but some expert had done a rough calculation taking the kind of tech India uses and the mass of the missile. He put the range at 6.5k minimum.
Click to expand...

How did the expert come to know about the fuel mass fraction , specific impulse of the fuel , gross launch weight etc which will be required to arrive at a approximate range ? All these are highly classified information. Only a handful of people will be in the know.

So called online experts are a dime a dozen , don't waste your time with such online experts. Real experts ( usually scientists with real experience in missile systems ) never publish their reports into public domain and they usually are in the employ of intelligence agencies who provide them the required data if they manage to acquire the same to determine the capabilities of the said missile.

There is something interesting relating to this system which I cannot reveal.
Click to expand...

The indigenously-developed Directing Gear (DG) is a ship-borne electromechanical system that rotates the heavy sonar array at controlled speeds and positions it to a specified angle for in-situ calibration and health monitoring.

Yesterday after I read my own post on Afive , I remembered that I had the pictures of a new tel never seen before ( not for Afive ) . I kind of forgot to post it . Will post it later if I find it .
Last edited: Sep 28, 2020

So a ship is being redied for integration of vlsrsam...
It will have 2 srsam lunches ...each having 8 lunch tubes.
Vlsrsam will replace volna system (naval variant of pechora system),which has 10-15 range
And the modification is being done by l&t
After
And the range of vlsrsam is said to be 30km
You must log in or register to reply here.
Similar threads
DRDO begins work on indigenous MANPADS - MPDMS (Man-Portable Defensive Missile System)
DRDO develops indigenous P7 Heavy Drop System for para dropping military stores
DRDO develops P-7 Heavy Drop System for para drop of military stores
DRDO Should Learn from United States’ DARPA So We Don’t Fight Tomorrow’s War With Yesterday’s Weapon
Share:
Facebook Twitter Reddit WhatsApp Link