Making good on one of his most controversial campaign promises, and to the horror of human rights groups, Trump said he was making America safe from "radical Islamic terrorists."
"This is big stuff," he declared at the Pentagon, after signing an order entitled: "Protection of the nation from foreign terrorist entry into the United States."


"I'm establishing new vetting measures to keep radical Islamic terrorists out of the United States of America. Don't want them here," Trump said at the Pentagon.

"We only want to admit those into our country who will support our country and love deeply our people," he said.
Trump's decree Taliban in 2012, said she was "heartbroken."

She urged Trump not to abandon the world's "most defenseless children and families."

But the measure will be popular with Trump's nationalist base, and stops short of a threat made during last year's campaign to halt all Muslim travel to the United States.

Trump's supporters defend the measures as necessary to prevent supporters of al-Qaida or the Islamic State group from infiltrating the US homeland disguised as refugees.

And the State Department, which with the Department of Homeland Security will have to implement the measures, said it was ready to put them into immediate effect.

"We will announce any changes affecting travelers to the United States as soon as that information is available," spokesman Mark Toner said.

"We take seriously our responsibility to safeguard the American public while remaining committed to assisting the world's most vulnerable people."

Trump, who met with the Joint Chiefs of Staff at the Pentagon, has the authority to determine how many refugees are accepted annually, and he can suspend the program at any time. Refugee processing was suspended in the immediate aftermath of the Sept. 11 attacks and restarted months later.

During the past budget year, the US accepted 84,995 refugees, including 12,587 people from Syria. President Barack Obama had set the refugee limit for this budget year at 110,000.

Trump, according to the draft of the executive action, plans to cut that to 50,000. The draft order says that while the program is suspended, the US may admit people on a case-by-case basis "when in the national interest" and the government will continue to process refugee requests from people claiming religious persecution, "provided that the religion ... is a minority religion in the individual's country." That suggests it would allow the admission of Christians from Muslim-majority countries.

Applauded by some in his own party, Trump's refugee action was strongly criticized by some Democrats.

"History will judge where America's leaders stood today," said Illinois Senator Dick Durbin, ranking Democrat on the Senate Judiciary Committee's Subcommittee on Immigration. "Faced with the humanitarian crisis of our time, the United States cannot turn its back on children fleeing persecution, genocide and terror ."
http://m.timesofindia.com/world/us/...out-islamic-radicals/articleshow/56823986.cms

@Zarvan
Very soon there will be porkistan and each and every Muslim living on earth will feel like cursed being muslim. 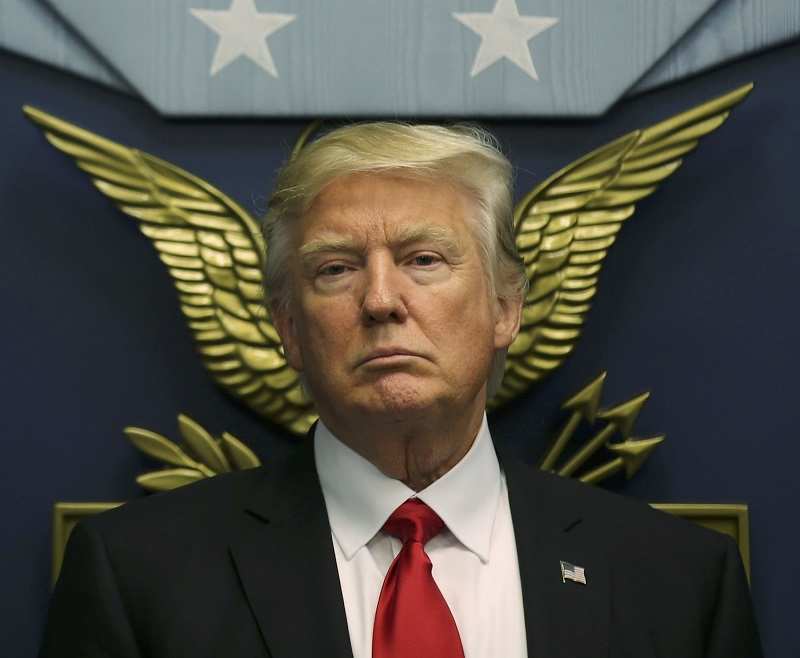 Donald Trump acts to curb Islamic terrorism: 10 points
28 Jan, 2017 , 08.58AM IST
US President Donald Trump on Friday put a four-month hold on allowing refugees into the United States and temporarily barred visitors from Syria and six other Muslim-majority countries, saying the moves would help protect Americans from terrorist attacks. While Trump's supporters hailed the decision, it has been soundly criticized by civil rights groups. Here's what we know about the order:
1
The “Protecting the Nation From Foreign Terrorist Entry into the United States” order imposes a 120-day suspension of the entire US Refugee Admissions Program.
2
It calls for a 90-day ban on the entry of immigrants and refugees from Muslim majority countries with "terrorism concerns", namely Iran, Iraq, Libya, Somalia, Sudan, Syria and Yemen for at least 30 days.
3
The order also suspends the Syrian refugee program, until Trump determines that changes to the program ensure that admitting Syrian refugees won't compromise national security.
4
However, the government will continue to process refugee requests from minority religious groups fleeing persecution, primarily Syrian Christians fleeing the civil war in Syria.
5
Trump said he was establishing these "new vetting measures" to keep radical Islamic terrorists out of the US. He had promised the measures - called "extreme vetting" - during last year's election campaign.
6
Trump's order had been expected to include a directive about setting up "safe zones" for Syrian refugees inside the country, but no such provision was included.
7
The draft order, which the White House said was not official, would reverse former US President Barack Obama's efforts to close the military detention center at Guantanamo Bay, a place Trump said he wants to fill up "with bad dudes".
8
Obama had set the refugee limit for 2017 at 110,000. Trump, according to the draft of the executive action, plans to cut that to 50,000.
9
The order could affect traveling green card holders, students, people coming to the US for medical care and others.
10
The order also included a new policy that states and localities should have a say in determining whether refugees can resettle there
You must log in or register to reply here.
Similar threads
Donald Trump ‘Make Your Company Great Again’ Buddha statue takes off in China
Donald Trump signs TAIPEI Act to support Taiwan’s international relations
Donald Trump establishes US Space Command to 'preserve dominance in orbit', calls it a 'landmark day
India Could Acquire Killer Drones After Donald Trump Changes US Policy
Share:
Facebook Twitter Reddit WhatsApp Link