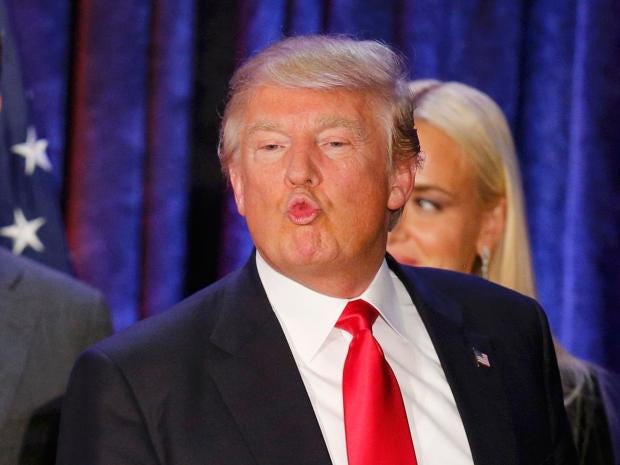 Donald Trump makes a face as he and his wife Melania and members of their family leave the stage at his caucus night rally in Des Moines, Iowa Reuters
The winner of the Nobel Peace Prize will be announced later today at a ceremony in Oslo, in Norway.

While the shortlist has not been officially announced, there are clear favourites to have been nominated, as well as some unexpected reported names.

In February, controversial US presidential candidate Donald Trump was rumoured to have been nominated for the accolade, alongside Pope Francis, Syria’s ‘White Helmets’ rescuers and the residents of Greek Islands who have provided shelter and safety to refugees and a Yazidi woman trafficked by Isis who is now a UN Goodwill Ambassador.

Mr Trump’s reported nomination comes after he made a number of inflammatory and divisive comments in the run-up to the caucus. The billionaire business magnate enraged millions by proposing Muslims be banned from entering the US and has been condemned for his comments about immigration and Mexican migrants, with one of his most infamous pledges being to build a “big beautiful wall” between the US and Mexico.

They chose this guy over Edward Snowden: A true hero.