Hot on the heels of the old, but media resurrected, CBU-105 news: 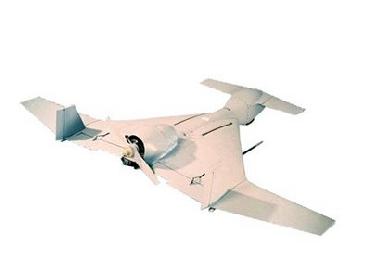 Israel Aerospace Industry's newest UAV Harop or Harpy-2, capable of exploding a 50 lb.
onboard munition at mobile targets and of SEAD missions.

Raytheon's Multi-Purpose Loitering Missile (or MLPM) developed over 2005-06 included the use of
designation to targets of greater priority while in flight and the use of a seeker to reduce target location error. ​

NEW DELHI (PTI): The Indian Army is arming its infantry soldiers with a medium range loitering missile that can strike at a target after hovering over it for 30 minutes and sending in critical data on the enemy installation.

The army has issued an open Request for Information (RFI) to major global defence companies seeking to know if they can supply a missile system with such operational characteristics.

"The RFI has been issued earlier this month. The loitering missile is basically an unmanned aerial vehicle which can transmit data after hovering over a target undetected for about half-an-hour and later self-destruct on the target, inflicting damage to the enemy installations," an army officer said here on Wednesday.

Since India does not have an indigenous product in this range of armed UAVs, the RFI sought details on the product's cruising speed, maximum range at which it can engage a target, its loitering time, data link's range, capabilities to hit and accuracy, attack from the top, abort an attack after locking on to target and re-designating a target during a mission.

Apart from seeking information on the radar cross section, the army has listed day and night camera payload, launcher, ground control station, data link system, and an inbuilt simulator as requirements for the missile system.

The army would also like the loitering missile to have a conventional warhead, apart from anti-tank and anti-material warheads with deep penetration against armour capability.


Discuss, discuss, discuss! The above are just two of the available examples of loitering munitions. Your suggestions: which one and why? How many? What loitering time, speed, range, dimensions, endurance, payload capacity, datalink, other effects etc. in compliance with our requirements?


The floor is open fellas.

stick with the Israeli Harop.

there requirements are similar to ours