AMRITSAR, India, Aug 10, 2012 (AFP) - The evening turban-tying class in the Sikh-dominated Indian city of Amritsar is packed with pre-teen boys learning a centuries-old tradition -- that religious leaders fear is under threat.

Over the next 90 minutes, the instructors unfurl long strips of cloth in vibrant hues from indigo to burgundy, and proceed to knot, pleat and finally tie them carefully around the boys' heads.

The most visible symbol of Sikh pride and identity, the turban is an eight-metre (26-foot) piece of cloth, used by Sikh men to manage the long hair which their religion forbids them from cutting.

But in India, young Sikh men are increasingly putting fashion before tradition -- cutting their hair short and shunning the turban completely.
Click to expand...

Turban is vanishing in Punjab......sad but true.

Sikh_warrior said:
Turban is vanishing in Punjab......sad but true.
Click to expand...

sikhs abroad are more close to their religion than in India. Sad but true

Blackwater said:
sikhs abroad are more close to their religion than India. Sad but true
Click to expand...

Do you wear a turban?.

at least 6-7/10 Indians I see here in Canada sport a turban/beard/kara.

Putting on a turban is quite a interesting process. It is also not an easy process.

You first pull the cloth from the left corner and then the right corner (the other end has to be held by another person who will have to synchronise with you as you pull one side and then the other).

Then you put one corner of the cloth between your teeth and then keep wrapping it around your head. You tuck the loose end into the rear and then adjust the cloth between the two sides of the tied turban so as to cover the knotted part of the hair (jura) on top.

I presume that people are not wearing turbans, their beards or having long hair is not because of lack of fervour for the faith or because of fashion, but because maintaining/ wearing all this is very time consuming.

I still remember my friends or seniors who were Sikhs getting ready for parade and the time it took. One of my seniors who had a luxuriant growth, after putting the Fixo had to dry his beard and when there was no electricity, his orderly used to move a lantern around the beard many a time before the Fixo set! Quite a sight!
Last edited: Aug 14, 2012
T

Yup, they seem a lot more comfortable with their identity.

The style of wearing the turban indicates which group a Sikh is from.

The cloth below the turban is called 50.

The cloth that you put on your beard to set is called 30 (pronounced thatti).

What a bad style of wearing the turban in above videos, not popular in Punjab, looks Bhapa style.

The way Ray mentioned is the right way of stretching corners diagonally. My friends use to Iron the cloth or even put thick paper to make it appear smooth at every layer overlapping on increasing Height.

This is the popular style.

The second video shows Nihang style but the height gained by the guy is too much for day to day work and ease. He should comb his hairs and knot them properly before tying the turban. 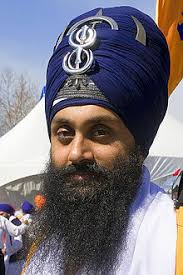 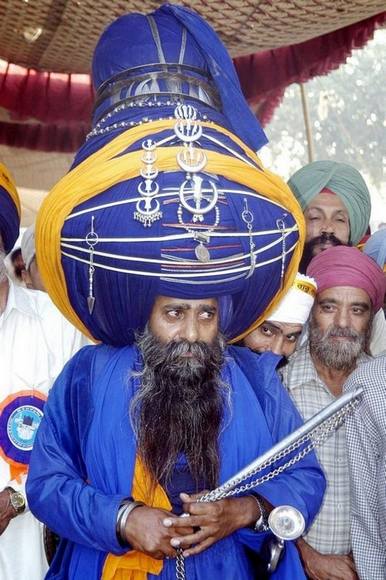 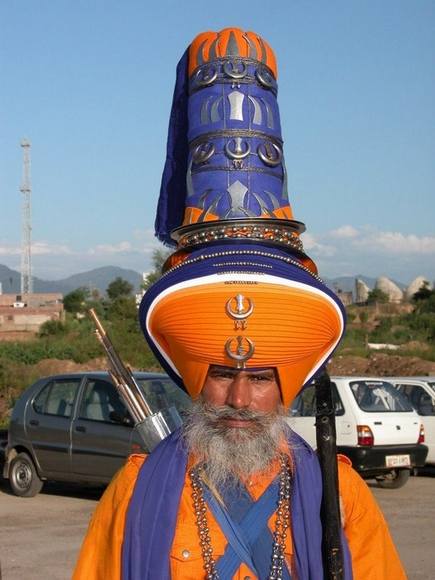 The Sikh turban is worn by both men and women.

In America, the members of Sikh Dharma are the only religious group whose practice includes the wearing of a turban.

"The Sikh turban is not just wrapped around the head, it is tied in a special way in order to maximize the benefits to the wearer.
The turban does not just sit on the head, it caresses the skull in such a way as to enhance the functioning of your brain."

Why do we wear the turban? Properly tying a head covering enables a person to command the sixth center, the Agia Chakra. Covering the head stabilizes the cerebral matter and the twenty-six parts of your brain which are interlocked with the neurological system and the electromagnetic field. Covering one's head creates a focus of the functional circuit of the hemispheres, and tunes up the neurological system. The whole head should be covered, not just the Crown Chakra. Any head covering that covers the whole head is acceptable; white natural fabric, such as cotton, is ideal. (Note: The turban also acts serendipitously as an effective sociological filter, i.e., a bigot detector. A bigot is a person who is intolerantly devoted to his or her prejudices or opinions. See BigotDetector.com. See Views On Tolerance.)

BTW: It is not the customary practice of the followers of Sikh Dharma to proselytize others. Sikhs often express the term "Sat Kartar," i.e., "God is the Doer." In this sense meaning, only those with such destiny will become Sikhs.

The science and benefits of tying the turban 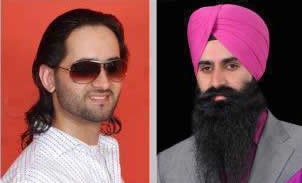 The benefit to tying the turban is that when one wraps the 5 or more layers of cloth, the temples are covered, which minimizes any variance or movement in the different parts of the skull. In other words, wearing a turban automatically provides an acupressure-like cranial adjustment, which provides an aid to all mental activities.


Turban in the Old Testament

One of several Bible references ... "Once they enter the gates of the court, they are to wear linen vestments. They shall wear linen miter (turban), and linen drawers on their loins." (Old Testament: Ezekiel 44:18-19)

The name "turban" is found in this form in European languages only: Greek--turban, English--turban, turbaned; French--turban, tulband; German--turban; Italian, Spanish and Portugese--turbante; Dutch--tulbans; Romanian--tulipan; in Latin, it is the miter; and it is generally traced to the Persian sarband. In Turkish, sarik is the usual name for turban. In ancient Egyptian civilization the turban was considered an ornamental headdress. They called it pjr from which perhaps is derived the word pagari or pugree, so commonly used in the Punjab of India.

The Egyptians removed the turban at the time of mourning, a custom which prevailed in the Punjab up to the end of the 19th century. The Sikh apostle, Bhai Gurdas Ji humorously narrates an incident in his Vars, that when an elderly Punjabi came to his home with his turban accidentally off, the women folk took it to be a sign of mourning and started weeping and wailing although no one was dead. The old man's turban, off his head, gave a false alarm.Good guys wear turbans.
Last edited: Aug 14, 2012
T

The style of the turban depends on the region in Punjab you're from. Your first pic shows a Patiala styled turban, also known as the Shahi Dastar. Your second pic and video shows the turban style worn in Amritsar and the Majha region. So called "Bhapa" style is simply the turban style worn by Sikh migrants from regions now part of Pakistan. Next generation of Sikhs in England have made their own style, often called the "Englandi turban", and same with the Americas. There isn't really any "bad style" or "good style" of wearing turbans in general terms.

The second video I posted actually shows the guy wearing a Dumalla, the Nihang turban, and the height is actually quite normal, if not small, if you compare with normal Dumallas, especially the ones worn in Punjab. I'm sure if he found the height too much for day to day work and ease, he would change it. There's no restrictions. 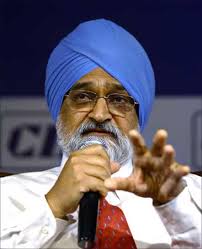 Is this the Englandi pagh? 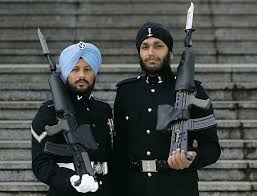 The light blue or the dark one?


Ray said:
Is this the Englandi pagh?

The light blue or the dark one?
Click to expand...

Generally, any roundish pagh is called the Englandi pagh.

These guys wear the "Englandi pagh":

This interesting group shows Indian officers in full dress.The Indian officers wear drab turbans with black ends edged with an orange fringe. Their pouchbelts have a badge or breastplate like the British officer

3rd Sikh infantry
On the right is the drum-major wearing black and drab silk wings. Also in the picture are the bass-drummer and a bugler. Summer and winter service dress is shown as is full dress. Different styles of turban are in evidence, some being Sikhs and others with kullahs. 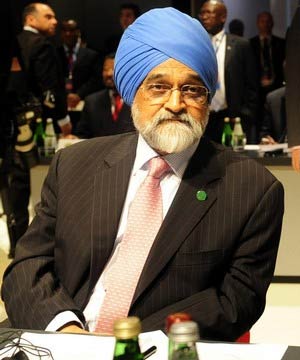 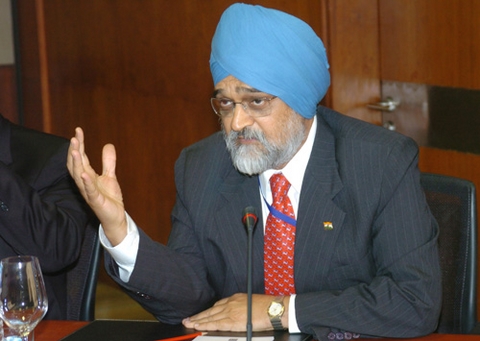