Iam starting this thread for World Quiz ,I welcome all members to pariticipate in this Quiz thread. Only rule is no defence qns.

Which Indian Actress Stamp is released by Soviet Union? 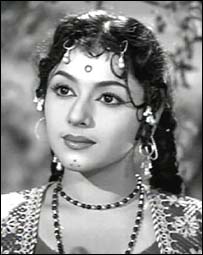 Which country is surrounded by one country from all side?

Alaska belongs to which country before 19th century

you know why Alaska sold to United states

Because Russia was in financial crises.
V

rpraveenkum said:
^^^ you are correct

you know why Alaska sold to United states
Click to expand...

Because we couldn't support settlements so far from European Russia without trasnport, like advent ofTrans-Siberian railroad. Plus we were a little busy with Crimean War.

I read that it was a move by the Tsar to avoid losing Alaska to the British in any war. As it is they were at loggerheads at that time. So he thought might as well sell it and make some money rather than lose if for free.

The disastrous voyage of Vitus Bering and Aleksey Chirikov in 1741 began the march of Russian traders across Siberia. The survivors who returned with sea otter skins started a rush of fur hunters to the Aleutian Islands. Grigori Shelekhov in 1784 founded the first permanent settlement in Alaska on Kodiak Island and sent (1790) to Alaska the man who was to dominate the period of Russian influence there, Aleksandr Baranov. A monopoly was granted to the Russian American Company in 1799, and it was Baranov who directed its Alaskan activities. Baranov extended the Russian trade far down the west coast of North America and even, after several unsuccessful attempts, founded (1812) a settlement in N California.

Rivalry for the northwest coast was strong, and British and American trading vessels began to threaten the Russian monopoly. In 1821 the czar issued a ukase (imperial command) claiming the 51st parallel as the southern boundary of Alaska and warning foreign vessels not to trespass beyond it. British and American protests, the promulgation of the Monroe Doctrine, and Russian embroilment elsewhere resulted (1824) in a negotiated settlement of the boundary at lat. 54°40'N (the present southern boundary of Alaska). Russian interests in Alaska gradually declined, and after the Crimean War, Russia sought to dispose of the territory altogether.

Early Years as a U.S. Possession

In 1867, Russia sold Alaska to the United States for $7,200,000. The U.S. purchase was accomplished solely through the determined efforts of Secretary of State William H. Seward, and for many years afterward the land was derisively called Seward's Folly or Seward's Icebox because of its supposed uselessness. Since Alaska appeared to offer no immediate financial return, it was neglected. The U.S. army officially controlled the area until 1876, when scandals caused the withdrawal of the troops. After a brief period, during which government was in the hands of customs officials, the U.S. navy was given charge (1879). Most of the territory was not even known, although the British (notably John Franklin and Capt. F. W. Beechey) had explored the coast of the Arctic Ocean, and the Hudson's Bay Company had explored the Yukon.

It was not until after the discovery of gold in the Juneau region in 1880 that Alaska was given a governor and a feeble local administration (under the Organic Act of 1884). Missionaries, who had come to the region in the late 1870s, exercised considerable influence. Most influential was Sheldon Jackson, best known for his introduction of reindeer to help the Alaska Eskimo (Inuit), impoverished by the wanton destruction of the fur seals. Sealing was the subject of a long international controversy (see Bering Sea Fur-Seal Controversy under Bering Sea), which was not ended until after gold had permanently transformed Alaska.

Paradoxically, the first gold finds that tremendously influenced Alaska were in Canada. The Klondike strike of 1896 brought a stampede, mainly of Americans, and most of them came through Alaska. The big discoveries in Alaska itself followed—Nome in 1898–99, Fairbanks in 1902. The miners and prospectors (the sourdoughs) took over Alaska, and the era of the mining camps reached its height; a criminal code was belatedly applied in 1899.

The longstanding controversy concerning the boundary between the Alaska Panhandle and British Columbia was aggravated by the large number of miners traveling the Inside Passage to the gold fields. The matter was finally settled in 1903 by a six-man tribunal, composed of American, Canadian, and British representatives. The decision was generally favorable to the United States, and a period of rapid building and development began. Mining, requiring heavy financing, passed into the hands of Eastern capitalists, notably the monopolistic Alaska Syndicate. Opposition to these “interests” became the burning issue in Alaska and was catapulted into national politics; Gifford Pinchot and R. A. Ballinger were the chief antagonists, and this was a major issue on which Theodore Roosevelt split with President William Howard Taft.

Juneau officially replaced Sitka as capital in 1900, but it did not begin to function as such until 1906. In the same year Alaska was finally awarded a territorial representative in Congress. A new era began for Alaska when local government was established in 1912 and it became a U.S. territory. The building of the Alaska RR from Seward to Fairbanks was commenced with government funds in 1915. Already, however, gold mining was dying out, and Alaska receded into one of its quiet periods. The fishing industry, which had gradually advanced during the gold era, became the major enterprise.

Alaska enjoyed an economic boom during World War II. The Alaska Highway was built, supplying a weak but much-needed link with the United States. After Japanese troops occupied the Aleutian islands of Attu and Kiska, U.S. forces prepared for a counterattack. Attu was retaken in May, 1943, after intense fighting, and the Japanese evacuated Kiska in August after intensive U.S. bombardments. Dutch Harbor became a major key in the U.S. defense system. The growth of air travel after the war, and the permanent military bases established in Alaska resulted in tremendous growth; between 1950 and 1960 the population nearly doubled.

Statehood to the Present

In 1958, Alaskans approved statehood by a 5 to 1 vote, and on Jan. 3, 1959, Alaska was officially admitted into the Union as a state, the first since Arizona in 1912. On Mar. 27, 1964, the strongest earthquake ever recorded in North America occurred in Alaska, taking approximately 114 lives and causing extensive property damage. Some cities were almost totally destroyed, and the fishing industry was especially hard hit, with the loss of fleets, docks, and canneries from the resulting tsunami. Reconstruction, with large-scale federal aid, was rapid. The Alaska Native Claims Settlement Act (1971) gave roughly 44 million acres (17.8 million hectares; 10% of the state) and almost $1 billion to Alaskan native peoples in exchange for renunciation of all aboriginal claims to land in the state. In 1989 the tanker Exxon Valdez ran aground in Prince William Sound, releasing 11 million gallons of oil into the water in the worst oil spill in U.S. history and severely damaging the ecosystem. A jury in 1994 found Exxon Corp. (now ExxonMobil) and the ship's captain negligent, but the amount of punitive damages ($507.5 million) to be paid to some 33,000 commercial fishermen and other plaintiffs was ultimately fixed by a Supreme Court decision in 2008, which severely reduced the original award ($2.5 billion).

Which incident led to release of GPS signals for civilian purpose?

Q:In the US Army,Hollywood call signs are commonly used by tankers for radio traffic.
The first platoon is usually red, the second is white and the third is blue. What is the fourth platoon?


Q:What inventor's car could carry eleven passengers, exceed 120 mph and get 30 miles per gallon in 1934?

Q:. What Christina Aguilera song released in 2001 was actually a demo she first recorded when she was just 15 years old?

Q:What species of tree has adapted special root structures called "knees" to help it breathe in its environment?

1. The questions will be put up to answer on every Sunday
2. The Questions will be in normal choice format
3. The Answers will be put up on Saturday
4. If all questions are answered correctly before that then a new round of quiz will be started
5. People who dont have access to "The Zone" are only permitted to answer in this quiz
6. The quiz deals with all international affaairs, even defence and politics are also included in this quiz
All the best
Last edited: Apr 3, 2010
You must log in or register to reply here.
Similar threads
The DFI Team presents: The DFI India Quiz, World Quiz and Combined Services Quiz
Happy Janamashtmi DFI!
DFI Research : Decoding Harappan Script & Language
DFI Research : Tracing Food habits & Culture from Harappa to Modern Times
Share:
Facebook Twitter Reddit WhatsApp Link