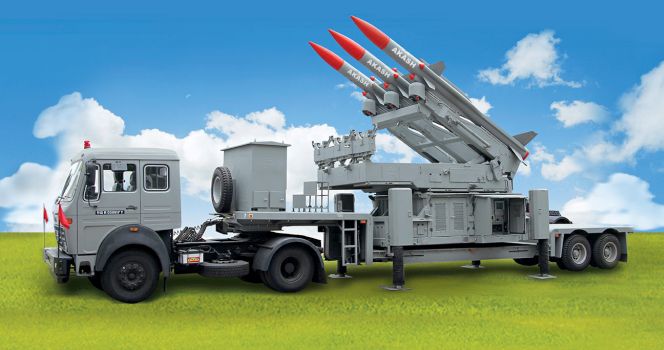 Advanced AKASH Air Defence System has great potential for Export to friendly countries
The value of the defence equipment exported to various countries in last three years and the current year (up to 30.09.2015) by Defence Public Sector Undertakings (DPSUs), Ordnance Factory Board (OFB) and Private Sector Companies (based on the NOCs issued) is as under:- 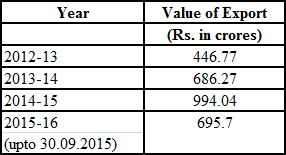 A compendium of Defence Research &
Development Organization (DRDO) developed products having exportbpotential was recently released by DRDO. This will help the industries to explore the potential export market. DRDO laboratories and test facilities of other organizations of the Ministry of Defence (MoD) are made available to the Indian Domestic Defence Industry based on their requirement and availability.
Export is carried out by the production agency. No proposal for export of Brahmos Missile System has so far been received from Brahmos Aerospace Pvt. Ltd.
This information was given by Minister of State for Defence Rao Inderjit Singh in a written reply to Shri Kalikesh N Singh Deo and Shri PP Chaudhary in Lok Sabha today.
Press Information of Bureau