Dāśarājña over Ten Kings: No west to east crossing on Paruṣṇī

Dāśarājña over Ten Kings: No west to east crossing on Paruṣṇī : An introduction.

Dāśarājña War : Prelude to RAMAYANA and MAHABHARATA.
Prior to commencing the introduction for Dāśarājña over Ten Kings: No west to east crossing on Paruṣṇī , I would like to make it very very clear for those of you especially who are reading this for the first time. This Itihasik event of epic magnificence can never be summed up in 2000 words let alone few paras a simple reason of it is that this War took place was ongoing not for few hours or days or months ,Dāśarājña went on for Multiple years yes that is how it is. Mahabharata does mention it for few days and Ramayana I am not sure if Ramayana really mentions it . Actually the thing is when you try to dig deeper and deeper into Dāśarājña you will rather find yourself trapped in what can correctly be termed as "Information Overload" no shiet. I am just going through that for past 20 hours right now tbh. After having committed over 5 hours of reading researching + 5 hours it took me to finish this thread and I feel like I am missing so many things lulz.

Whenever the seekers of knowledge be it Bhartiya normal ordinary responsible citizens or anybody else you have to keep in mind that if you resort to retarded 'european western abrahamic marxshit infested version of Bharats Indology ' You Will Never Be Able To Understand the real Bhartiya Itihas never comprehend the accurate true picture of it and there is very compelling evidence I will tell you why .

This is both a fact and a disclaimer and a statutory warning. There is no such thing as perfect book or just 1 indoozal book that you could refer and learn about whole of BHARAT's History such a book does not exist and definitely not in the prejudiced bigoted Hinduphobic eurocentric marxshit semi literate academia. Even the best books you find will often have a bit of references to certain delusional narratives. You are supposed to use your own intelligence to reject such bs that shows up in such books.

The reason for this is that any number of foreigners approx 35 plus who attempted to translate the Vedas into european lulzuages strongly believed that the world was created at 9 am on 23rd October 4004 bce by yehova and was destroyed in noahs flood in 3000 bce and nothing could have survived that. What kind of joke is this now? And you want us to believe your entire stupid hypothesis about Bharats history ?


So people you now get what you are dealing with here. We know the age of earth goes back to over 4 billion years.Do note Lahuradeva archaeological site alone in Uttar Pradesh is 10000 years before present the earliest farming culture from adolescent phase to highly advanced phase has been confirmed viz archaeology.The proportion of blunder and fraud committed is obvious nevertheless that is not the topic of this thread yet it was important to give you a background.

The first great war in BHARTIYA Itihas is not the Mahabharata war. Nowhere in the ancient history we have wars where many kingdoms participated. As we know from Vyasa’s Mahabharata, over 29 kingdoms are named in the Mahabharata. They took part in the war directly or indirectly. This is unique in the world history. Whether we believe the traditional date, just before Kaliyuga, i.e. 3102 bce which is commonly used to date Kaliyuga , or the marxshit perverts semi literate 1500 bce , still we have no parallel in the world history. But before the Mahabharata war, there was another great war where ten kingdoms participated. It is mentioned in the Vedas several times. This war is Dāśarājña .

The RIGVEDIC wars is a question of values not race.The conflict between Adhyatmik values and material values. Sometimes the ARYA became un ARYA due to change in values. Sudas was 16th generation descendant of Emperor BHARAT after whom BHARATA is named. RIGVEDA refers to King SUDAS as "PAIJAVANA" the adaptation of "JAVANA " meaning fast mover a great monarch.

DO NOTE that ARYA is originally used to identify the members of PURU BHARATA Vansha. SUDAS ruled the land of SAPTA SINDHU centered around SARASVATI river which flowed from HIMALAYAS to Rann of Kutch. After Dāśarājña many Bhartiya Kings migrated westwards into iran and beyond. Do refer to BAUDHYANA Shrauta Sutra this is linguistic evidence of westward Arya expansion.

This BHARATA tribe is so splendiferous and triumphant that they continue to dominate in post-Rigvedic texts, and later in the (Epic) tradition, the Mahābhārata, the eponymous ancestor becomes Bharata Chakravartin, conqueror and rulers of 'all of Indian subcontinent', and his tribe and kingdom is called Bhārata. Every Hindu today was is and will be descendant of BHARATA tribe .

The reference to migration of Amavasu people to Gandhari and Parsu evokes the following migrations westwards from Kurukshetra (Sarasvati River Basin area) indicated in reference to the Battle of Ten Kings: 1. Dṛuhyu (some align these people with Gandhari – RV 1.126.7 2. Parśus or Parśvas (RV 7-83-1) Persians.
The series of events constitute the earliest documented human memory recollected as narratives in the RIGVEDA highly likely relate to the days of Early Bronze Age, perhaps ca. 4th millennium bce.
RV 7.18, 7.33 and 7.83, 4-8 detail a set of historical events related to the battles and combatants who were mainly Puru-s and Bharata-s, together with their allies.
The principal Bharata was Sudas who led the Tṛtsu people. (cf. Schmidt, H.P. Notes on Rgveda 7.18.5–10. Indica.Organ of the Heras Institute, Bombay. Vol.17, 1980, 41–47).
In RV 8.4.1 the battle was with the Turvaśa. कुलुङ्ग kuluṅga "antelope" कुरुङ्ग Kuruṅga was the name of a chieftain of theTurvaśa.

Bharats gained victory against Anu, in the battle on River Paruṣṇī (Ravi).An ally of Anu, Purukutsa of the Puru kingdom died.
Sudas fought another battle on the banks of Yamuna with Ajas and Yakṣus (united under King Bheda).

So Sudas inherited the kingdom from his grandfather and greatly expanded it eliminating all the other kingdoms surrounding him and was encountered by ten kings who formed a confedaracy neverthless could not stand in front of SUDAS . His Rishis VISHVAMITRA and VAISHISHTHA praised him for this victory. This greatest war of all times is documented in RIGVEDA is called Dāśarājña in which were 66600 approx warriors and 2000 horses were offered to SUDAS as gift from SUDAS frens.

Now there are lots of stuff that happened which obviously I cant talk about in introductory post so lets start this thread for open discussions obliterating marxshit bs. 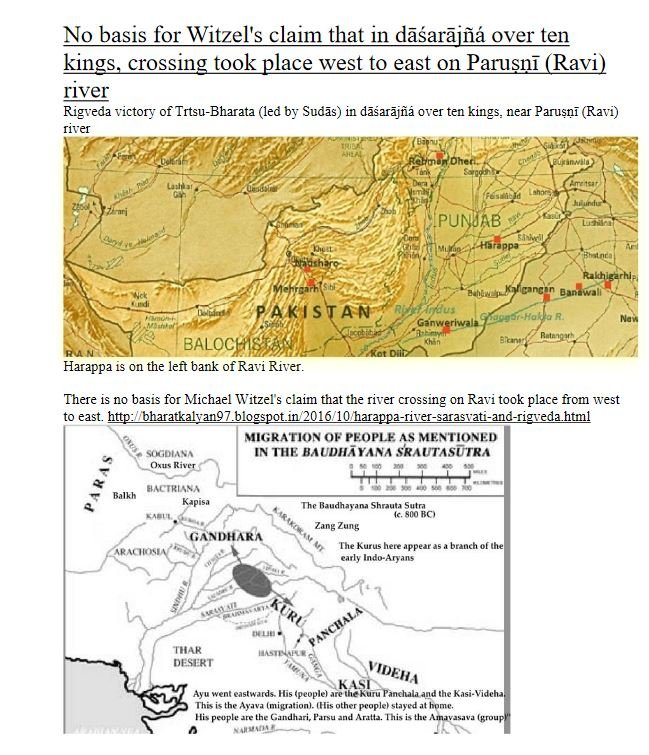 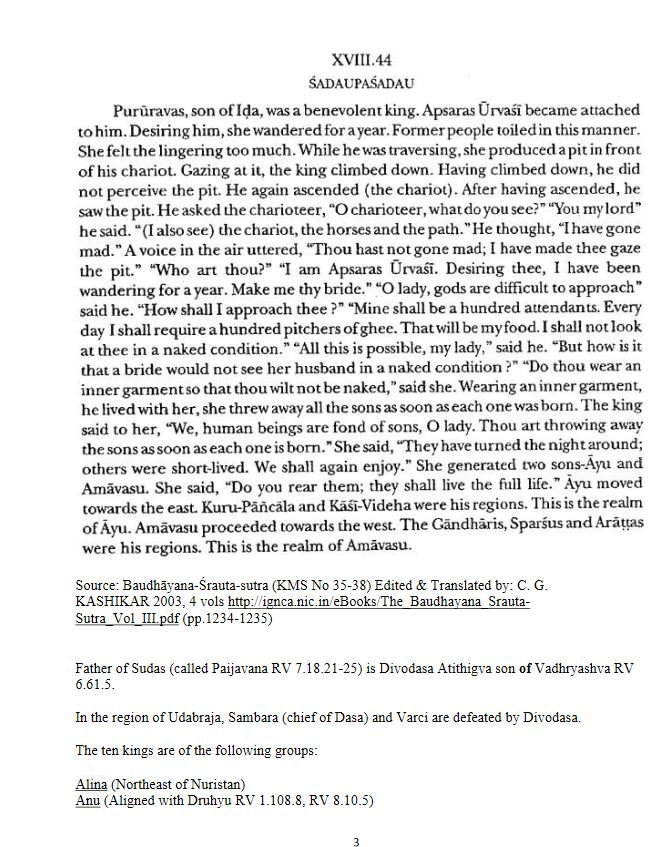 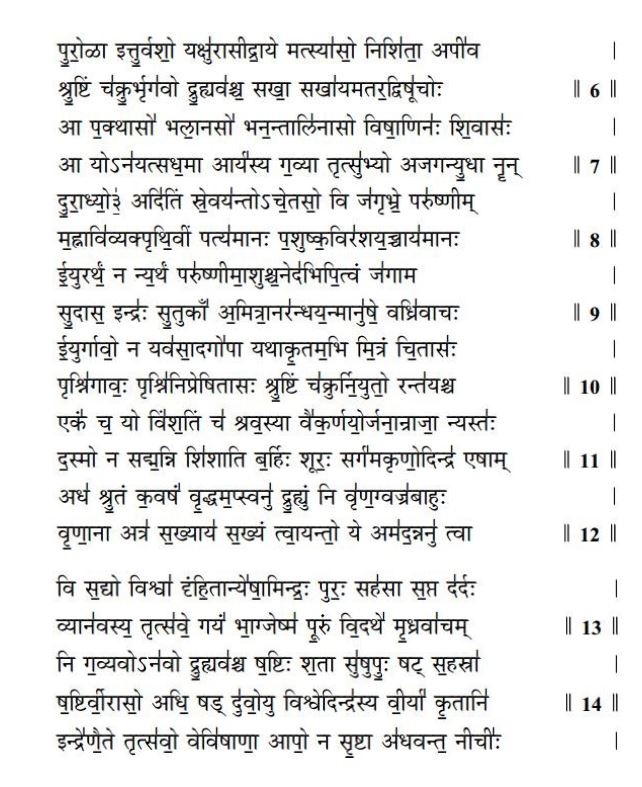 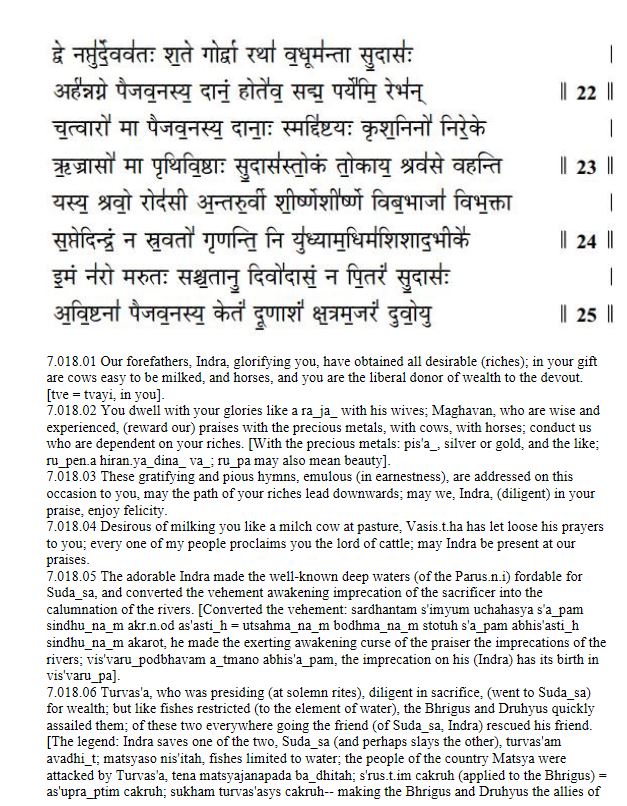 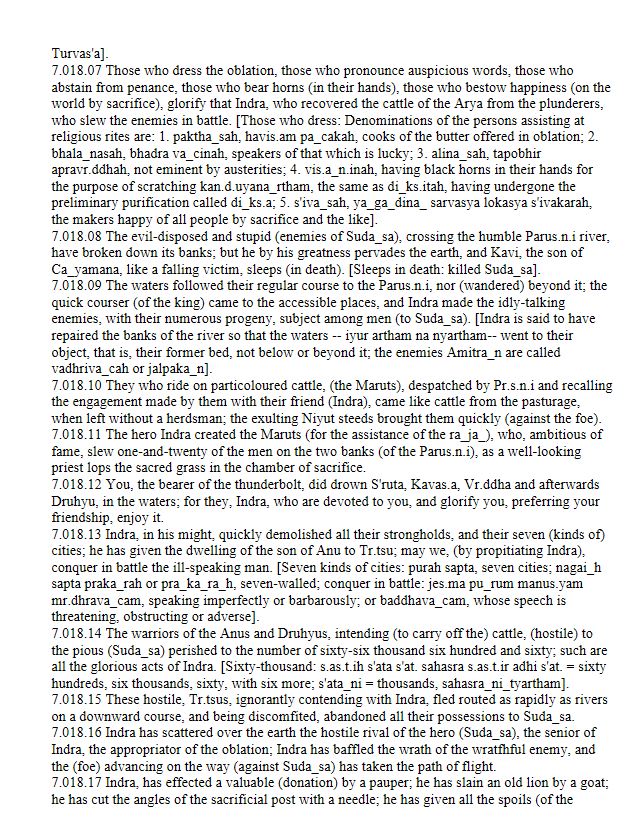 defenceforumindia.com
from "he has given all the spoils ( of the" 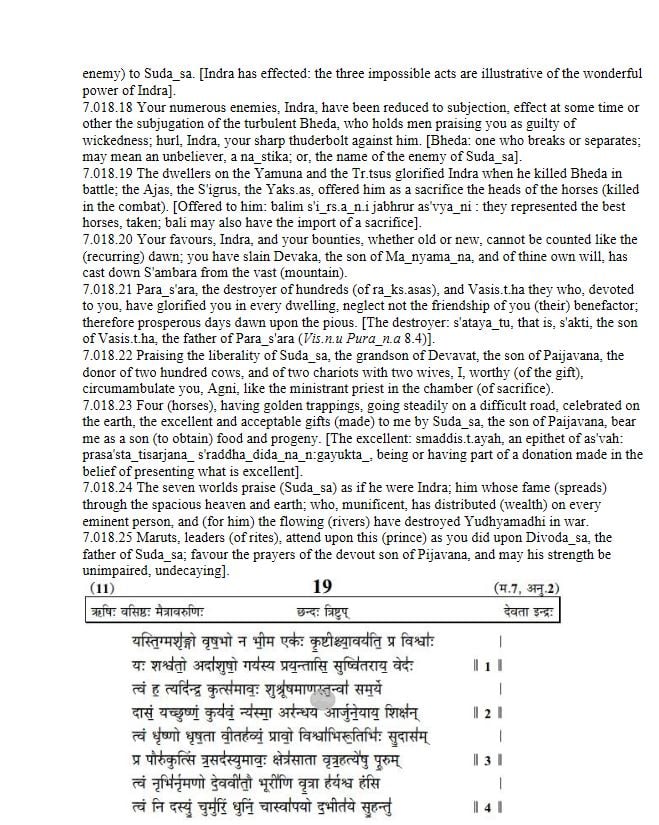 BTW I did a bit of search online. Looks very interesting thread. It needs a very academic response.

BTW I did a bit of search online. Looks very interesting thread. It needs a very acedemoc response.

I have collection of well documented over 2000 + researches excerpts archaeological stuff evidences authentications validations citations that absolutely rewrite the Itihas of BHARATVARSHA literally buttfucks every single marxshit lie that coomers attempt to shove upon Hindus. 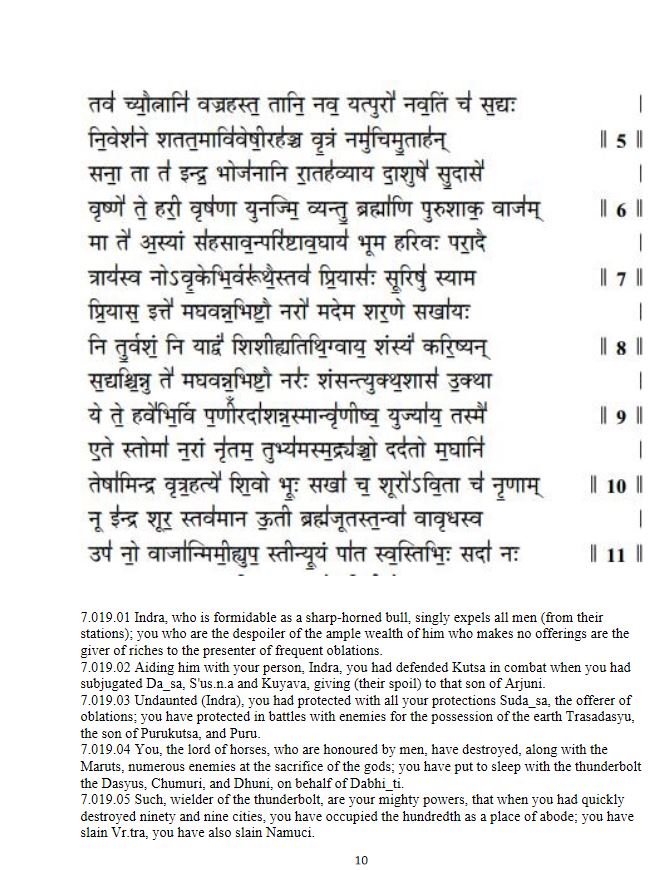 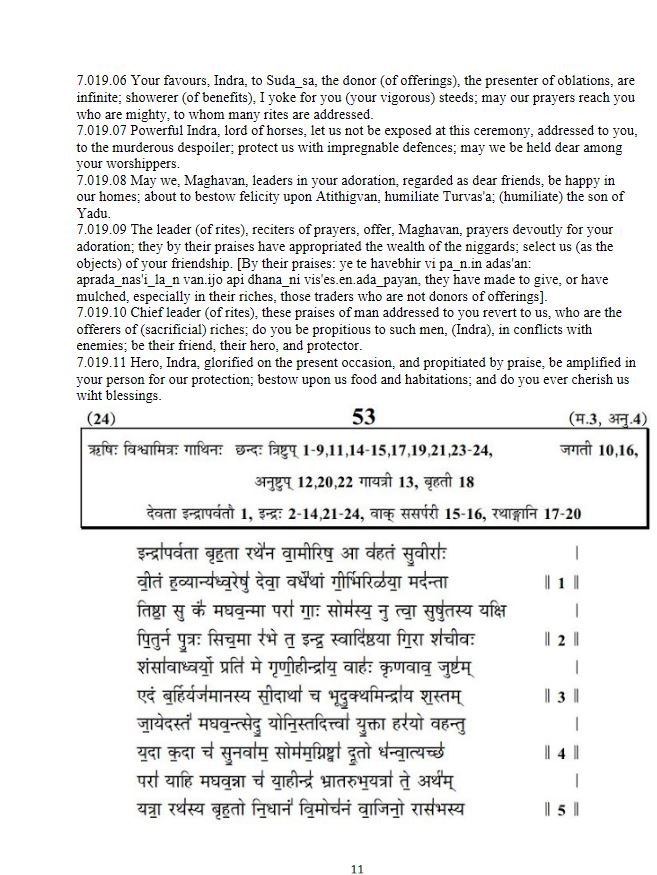 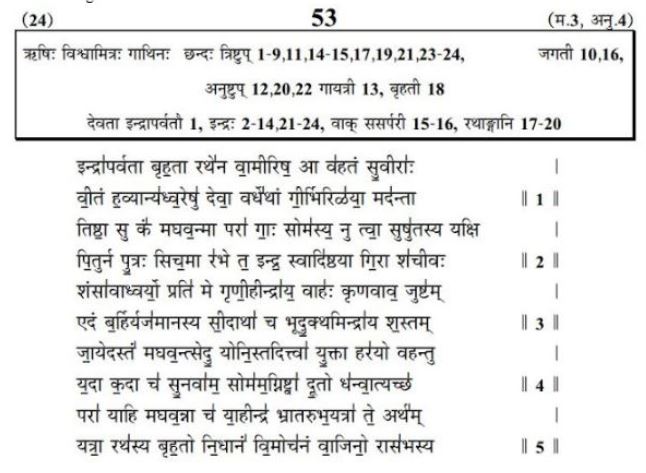 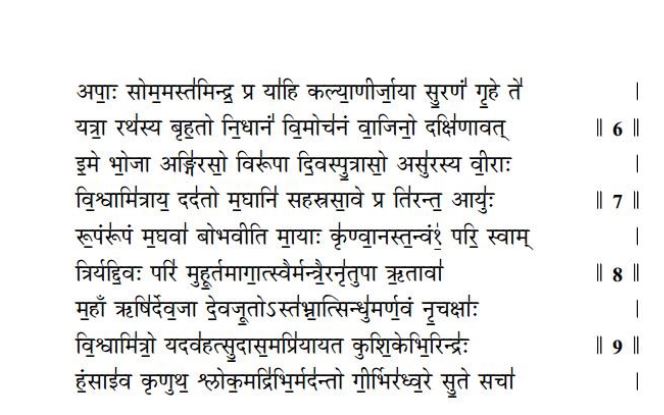 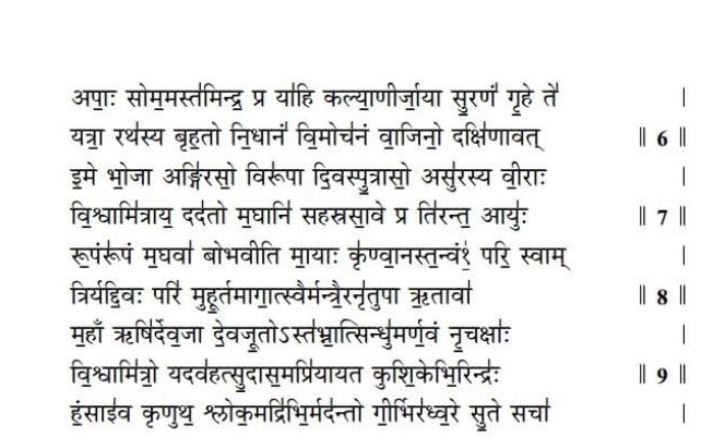 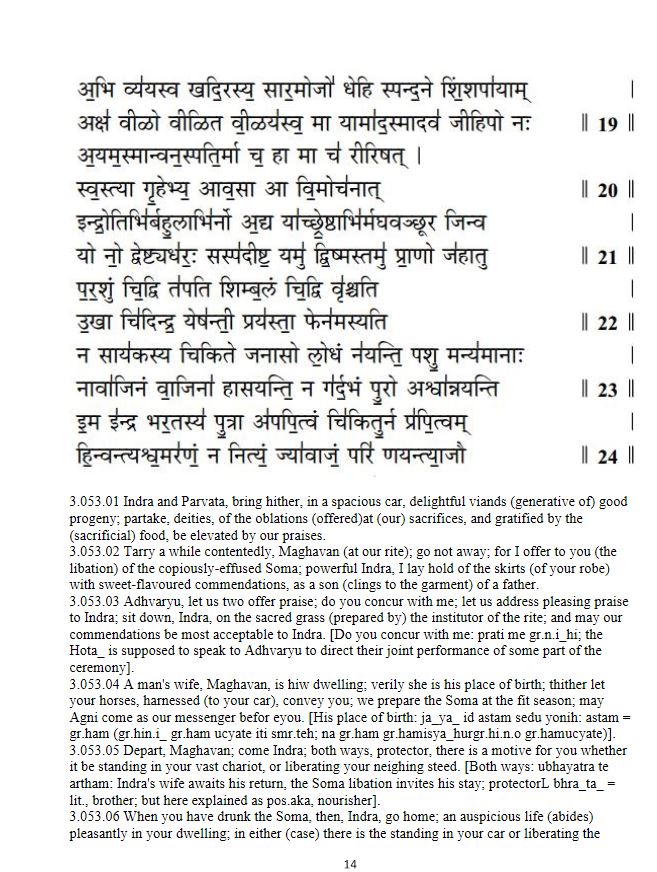 SARASVATI Research Center :
S KALAYANARAMAN :
[]Continued from https://defenceforumindia.com/threa...east-on-parusni-ravi-river.82896/post-1979429 from "there is the standing in your car or liberating the" 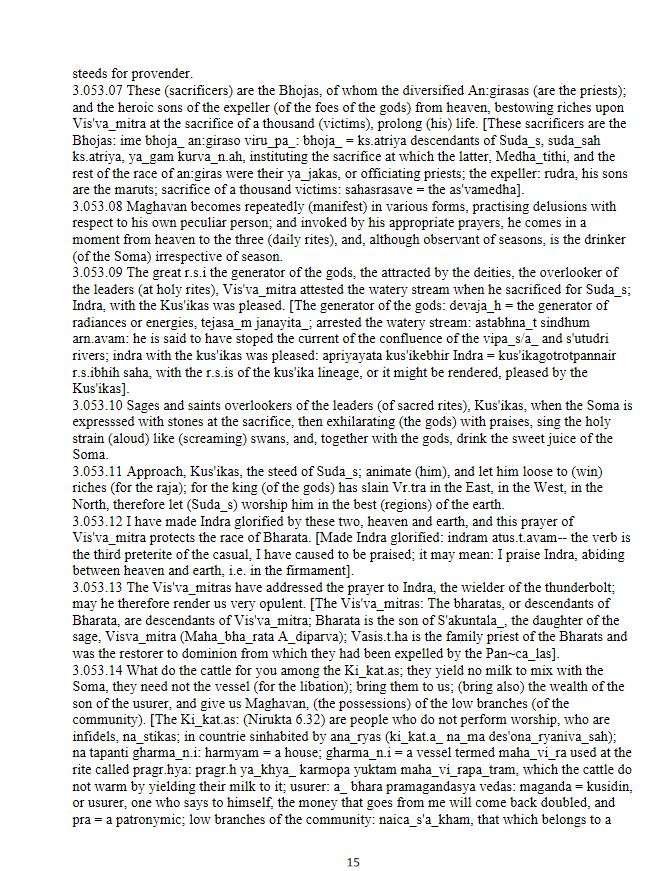 SARASVATI Research Center :
S KALAYANARAMAN :
[]Continued from https://defenceforumindia.com/threa...east-on-parusni-ravi-river.82896/post-1979431 from "that which belongs to a" 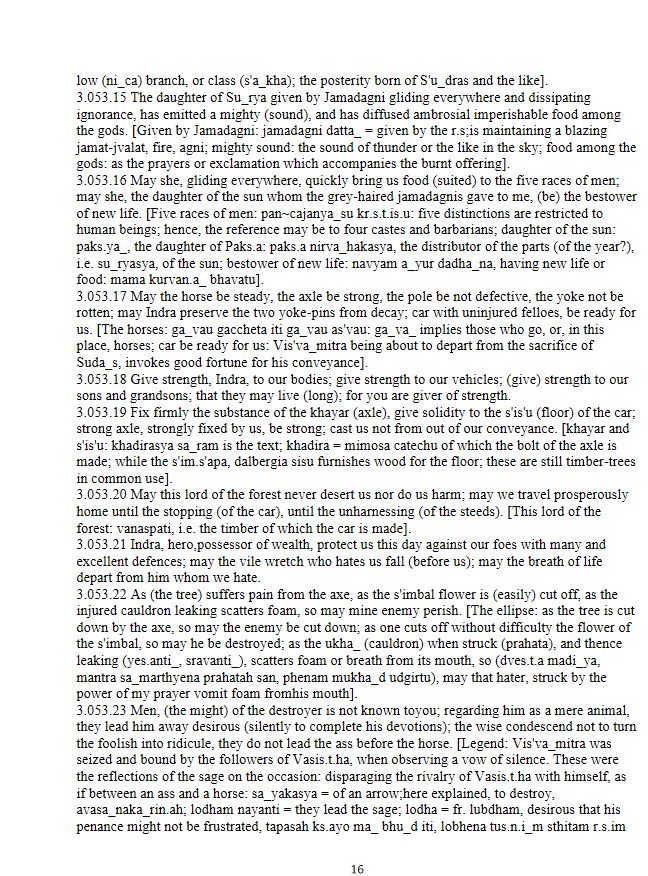 LurkerBaba said:
Don't come up with such retarded titles. Next violation will be a ban
Click to expand...

I was about to change the title to a shorter one anyways just thought of finishing the thread first.
Last edited: Jul 5, 2021 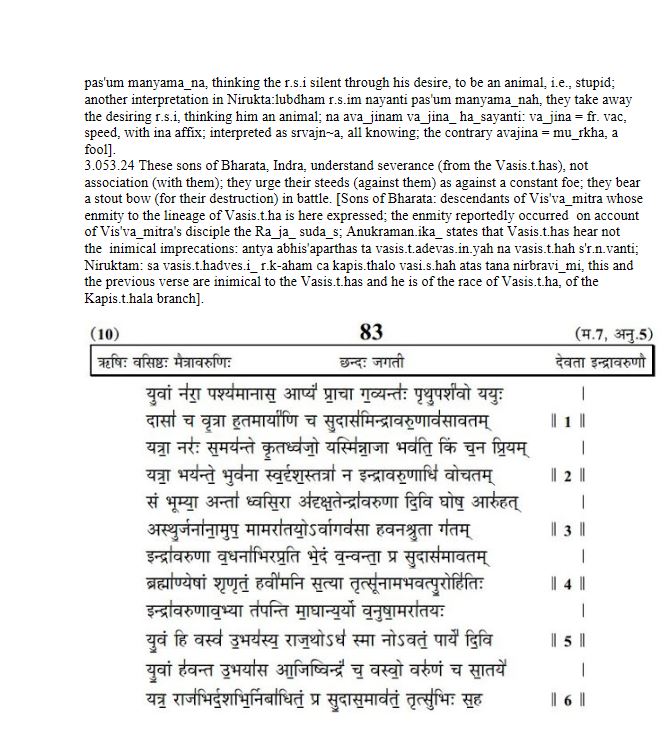