A noise reduction system called "Prairie Masker" was developed by the US Navy for several classes of its warships (including the Spruance, Perry, Arleigh Burke, and Ticonderoga) to reduce or mask their self-noise. The Prairie system is fitted to the ship's propellers, while Masker is fitted to the external hull in the vicinity of the propulsion plant. Air bubbles can be employed to mask potential targets or to provide alternate targets. The large difference in characteristic impedance (c) between the air bubbles and the surrounding water make them very efficient as reflectors of acoustic energy. Very little sound will penetrate a curtain of air bubbles, making them very efficient as masking for noise sources. Prairie-Masker is used during both active and passive undersea warfare operations. Gas turbine ships routinely operate systems inport and at sea, to avoid marine growth from plugging holes in blade tips and masker belts. During ASW operations, there is no instantaneous way of determining if the airflow rates are accurate at any given time. Improper Prairie/Masker airflow rates are an ASW mission degrade. MACHALT Proposals Under Development will replace Prairie/Masker air system portable flow meters with an electronic airflow monitoring system.

The Prairie Air System supplies air along the propeller blade leading edge to reduce the hydrodynamic noise originating at the propeller. This fills the vacuum left by the rotating blades as the water "boils," allowing cavitation bubbles to contract more slowly as area of underpressure is minimized. Prairie Air is drawn from the bleed air header, sent through a cooler then through the propulsion shafting to the propeller hubs where it is emitted from small holes on the propeller blades. Each engine room has its own prairie air system to supply air to its associated propeller. The air passes through a network of apertures along each stabilizer's leading edge, suppressing flow noise and cavitation.

For instance, on the FFG-7 Prairie air flows at 400 SCFM from a branch of the bleed air system through the prairie air cooler. The cooler uses seawater from the Firemain system as a cooling medium. From the cooler, prairie air flows through a flow meter into the roto-seal at the Oil Distribution Box (OD Box) and into the prairie air tubing to the propeller. At the propeller hub after end, the air enters drilled passages in the hub body. The passages direct the air to the base of each propeller blade. Air reaches each blade through a bushing connection between the blade base and the hub body. Air then flows through an air channel in the blade leading edge and discharges through 302 orifices. Two check valves prevent entry of water when the air supply is secured. The Fin Stabilizers use prairie air supplied directly from the discharge side of the prairie air cooler.

Compressed air is forced through machined perforations to create air bubbles that form a barrier around the propellers and hull, thereby shielding their radiated noise, and interfering with the ability of enemy passive sonar (particularly submarine sonar) to conduct analysis of the sound to classify or identify its source. It is reported that the acoustic signature of Prairie Masker sounds like rain to a passive sonar.

The "Prairie Masker" system that blows pressured air (approx. 28-75 psi) into the water through thousands of small holes on the bottom of the hull. By blowing bubbles, the air bubble against the hull absorbs the sound emmitted by the hull. Being flexible, the bubble would absorb the noise but not transfer any energy to the water on the other side. Thus reducing the total amount of noise introduced into the water.

While a nominal pressure is between 75 down to 28 psi, the volumn of air is massive. The air is supplied through a system of small tubes welded to the exterior of the hull. These small holes bored in these tubes emitted an envelope of bubbles around the hull's exterior greatly lowering hull noise emissions. This system reduces the noise by at least 10%. The decoy system has a 35% chance of fooling military type sonars.

On a frigate like the USS Perry Class the Masker air system discharges through each connection at a rate of 425 cubic feet per minute (CFM) at approximately 12 psig. Perforations in the emitters allow discharge of Masker air from the keel to the water line.

The prairie air tubing to the propeller. At the propeller hub after end, the air enters drilled passages in the hub body. The passages direct the air to the base of each propeller blade. Air reaches each blade through a bushing connection between the blade base and the hub body. Air then flows through an air channel in the blade leading edge and discharges through 302 orifices.

Prairie and Masker come into play only for passive sonar searches. They make the ship sound like a rain storm to the submarine. The sub knows something is making noise but can not identify the noise as any type of a ship. Prairie and Masker systems are effective against active sonar.

Prairie Masker is very effective. Even American submarines have a difficult time locating our CG's, DDG's DD's, and FFG's when they are operating in condition 2AS (ASW stations) with prairie masker active during exercises. A carrier operating with an effective acoustic deception plan can still be detected at long ranges, but can be mistaken for a different target i.e. a merchant ship or a smaller combatant. Acoustic deception plans have been used it in exercises very effectively example
As the air bubbles function as a cushion, noise and vibration are also reduced, enabling improvements in passenger comfort. Anechoic tiles are rubber or synthetic polymer tiles containing thousands of tiny voids, applied to the outer hulls of military ships and submarines, as well as anechoic chambers. Their function is twofold:

To absorb the sound waves of active sonar, reducing and distorting the return signal, thereby reducing its effective range.

To attenuate the sounds emitted from the vessel, typically its engines, to reduce the range at which it can be detected by passive sonar. 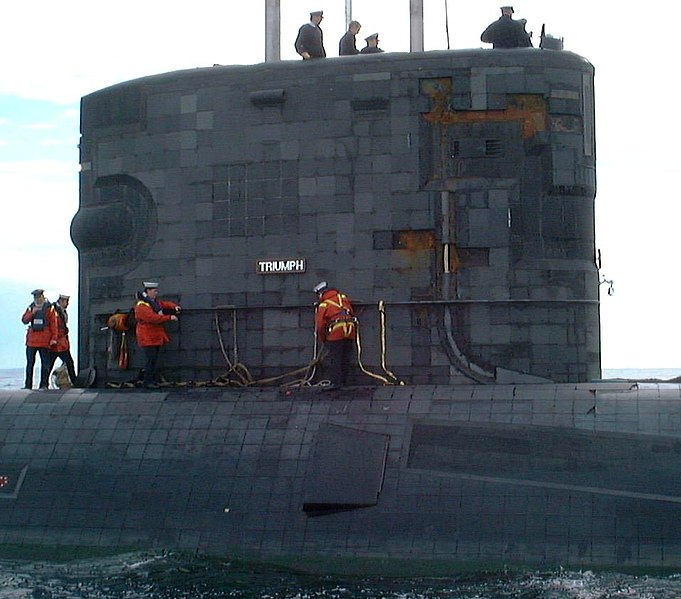 To reduce the sonar echo of U-boats, the Germans experimented with sound absorbing synthetic rubber which coated the outer hull of the boats. Radar absorbing materials were also used to coat the snorkel heads.

Alberich consisted of synthetic rubber sheets of about 4mm in thickness which had sound absorbing properties. The material was Oppanol which was secured to the outer hull with adhesives, much like an outer skin. Although no conclusive tests were performed, but it was claimed that the echo reflection of a U-boat with Alberich was reduced by about 15 percent. In addition, it also acted as a sound dampener, containing the U-boat's own engine noise.

Although the principle was a sound one, problems were encountered with the adhesive coat which was not strong enough to adhere the rubber sheet to the hull. This resulted in the sheets being partially washed off, which flapped in the wake of the ocean current, causing hydrodynamic resistance and noise. Further research into more reliable adhesives were conducted, but up to the end of the war, only a few U-boats had received this treatment. A further contribution was that treating the hull was a time consuming and laborious task.

The first U-boat to receive Alberich was U-11, a Type II coastal boat for trials on its sound absorbing properties. On April 1940, the first operational U-boat was treated, U-67 a Type IXC which was just being laid down. Thereafter, problems with the adhesive prevented further treatments until late 1944, when U-480, a Type VII was tested again using a new adhesive. The results were satisfactory enough and it was decided that all new Type XXIIIs and XXVIs would receive this coating, but ultimately only one Type XXIII, U-4709 had been completed with the coating.

This was a radar absorbing material used to coat snorkel heads to shield them from allied radar. It consisted of a compound of synthetic rubber and iron oxide and was claimed to have 90 percent effectiveness in reducing radar signature.
You must log in or register to reply here.
Similar threads
China's Type 093 SSN has acoustic signature of 110 decibels
India To Tap Domestic Companies for Acoustic Artillery Locator Systems
Indian Navy installs anti-piracy device Long Range Acoustic Device on warships
Long Range Acoustic Device on warships of IN .
Share:
Facebook Twitter Reddit WhatsApp Link