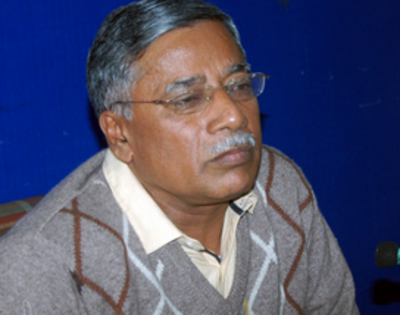 JAIPUR: Chairman of the Rajasthan state roadways transport corporation (RSRTC), a 1978-batch Dalit IAS officer, Umrao Salodia on Thursday declared that he has converted to Islam from Hindusim and has applied for VRS. He accused the state government of discrimination as he was ignored while present chief secretary, CS Rajan, was given three months extension recently.

"Article 25(1) of the Constitution of India guarantees to every person and not only to the citizens of India, the freedom of conscience and the right to freely profess, practise and propagate religion. Under this fundamental right, I have converted myself from Hinduism to Islam religion on December, 31, 2015. After conversion, my name is Umrao Khan," Salodia has stated in a letter circulated to the media.

Salodia held a press conference in which he spoke for 16-minutes but didn't take media questions. He also refused to explain as and when he converted to Islam.

"I know that being the member of Scheduled Caste (SC) and a senior IAS officer, I should have been given a chance to work as chief secretary. Since the state government has given three-months extension to CS Rajan, I feel victimized. Thus I have submitted a three months' notice of VRS to the state government," said Salodia, who is additional chief secretary rank officer at present.

However, parliamentary affairs and health minister, Rajendra Rathore refuted Salodia allegations, saying that the latter had held several important positions and his allegations were baseless, aimed at cheap publicity. " Salodia is free to adopt any religion. That is his personal decision. However, his allegations of discrimination are uncalled for as he has enjoyed several key porfolio in the past," said Rathore. He said that as far as extension to CS Rajan is concerned, several officers have been promoted as chief secretary, which was done on merit.
Top Comment This Raje and company, corrupt and shameless people, would push the honest people to the wall. Even if hundred Umrao Sal... Read Morechogal9

Salodia said that the state government will have to take a decision on my VRS letter which is also a protest letter within three months. His retirement is though due in June 2016. He claimed that had he been promoted as chief secretary, he would have been first SC/ST to hold the post in Rajasthan. He said that there is a case pending against him but it was a frivolous one. "In an FIR lodged at Gandhi Nagar police station in 2014, neither the police has filed the final report nor any action has been taken. I have been threatened and victimised," he alleged.

Meanwhile, state Congress president, Sachin Pilot alleged that the IAS officer's allegations reflected poor state of governance prevailing in the state at present. "Salodia allegations are a serious issue and government should heed to his grievances," Pilot added.

The Hindu
RSRTC Chairperson Umrao Salodiya at press confrence where announced his decision to convert to Islam and apply for VRS from service, in Jaipur on Thursday. Photo: Rohit Jain Paras

After being denied the promotion that would make him the State’s Chief Secretary, senior IAS officer Umrao Salodia, a 1978 batch IAS officer from the Dalit community, on Thursday, appealed to Chief Minister Vasundhara Raje for Voluntary Retirement. Mr. Salodia, who alleged the Raje government of “victimising him on the basis of caste” also converted to Islam, on Thursday.

In a letter addressed to Ms. Raje, Mr. Salodia wrote: "For the first time after independence of the country, myself, an IAS officer from the SC/ST category would have been appointed today [on Thursday] as Chief Secretary [of Rajasthan] on the basis of seniority."

In the letter, Mr. Salodia alleged that the current Chief Secretary C.S. Rajan was given a three-month extension, till March next year, to deny him the opportunity of becoming Rajasthan's Chief Secretary.

In another drastic step, Mr. Salodia converted to Islam, on Thursday. While addressing the media he said that he believed in the equality that Islam, unlike Hinduism which discriminates on the basis of caste, offered to all its followers. "After conversion my name is Umrao Khan," he said.

Rajasthan Parliamentary Affairs Minister Rajendra Rathore dismissed Mr Salodia's claims. Addressing the media, on Thursday, Mr Rathore said that Mr Salodia had acted in violation of the law as he spoke against the government. "Mr Salodia's allegations are baseless. Had the government discriminated on the basis of caste, the Rajasthan Assembly Speaker [Kailash Meghwal] would not be from the SC/ST community."

"The government will get the matter investigated and will take a disciplinary action against Mr Salodia based on the results of the investigation," Mr. Rathore said.

Mr. Pilot added that Mr Salodia's reaction is an expression of the increasing acts of discrimination against the Dalits in the State. 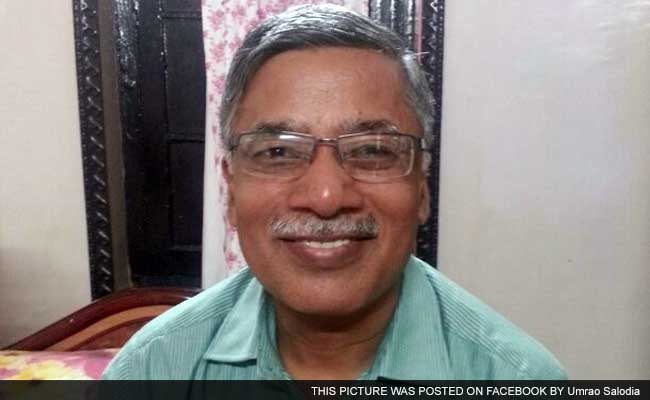 IAS officer, Umrao Salodia says he feels happy now, and satisfied that he protested against victimisation by converting his religion.

Jaipur: Alleging that he is being "victimised", a senior Indian Administrative Service (IAS) officer from the Scheduled Caste community has changed his religion and applied today for Voluntary Retirement from Service (VRS) in protest against the extension of tenure awarded to Chief Secretary CS Rajan.

"I am Chairman of RSRTC and Additional Chief Secretary for the last over four years, and competent for the post of Chief Secretary but the present CS is given 3 months extension by the state government, hence I cannot work under a junior," Chairman of Rajasthan State Road Transport Corporation Umrao Salodiya said.

"I had understanding that being member of Scheduled Caste (SC) and senior IAS officer cadre, I would be given a chance to work as Chief Secretary, I feel victimised, hence I submitted three months-notice of VRS to the state government," the Additional Chief Secretary rank IAS officer said.

Giving another example of a personal case in which he filed a First Information report (FIR) with Gandhi Nagar police station against a judicial officer in 2014, no action was initiated by the police, Mr Salodiya said.

"Now I will be called as Umrao Khan," the officer said. "Being a Hindu and SC member, I was always victimised, hence I converted my religion to Muslim by reading "Kalma" in a masjid but members of my family have not changed religion," he said.

When asked whether he has any plan for re-marriage with any Muslim woman or girl, he said, "No way. I have my family. I feel happy now, satisfied that I protested against victimisation".

Present Chief Secretary CS Rajan, who has to retire today, has been given three months extension by the Vasundhara Raje government. When contacted the Department of Personnel Official said he had also heard on a TV news channel, and so far no letter landed there.
http://www.ndtv.com/india-news/ias-officer-converts-religion-in-rajasthan-says-feeling-victimised-1261081

It's just a knee jerk reaction, he probably would have enjoyed the SC/ST reservation to reach where he is today.