Cosmopolitan world of the Deccan sultanates

It was a world in which a former African slave like Malik Amber could rise to become general, commander-in-chief, prime minister of Ahmednagar – and a thorn in the side of the Mughals until his death. At the exhibition there is a portrait, identified as Malik Ambar, that shows a man wearing a tall turban and carrying a dhup, the straight Deccani sword. 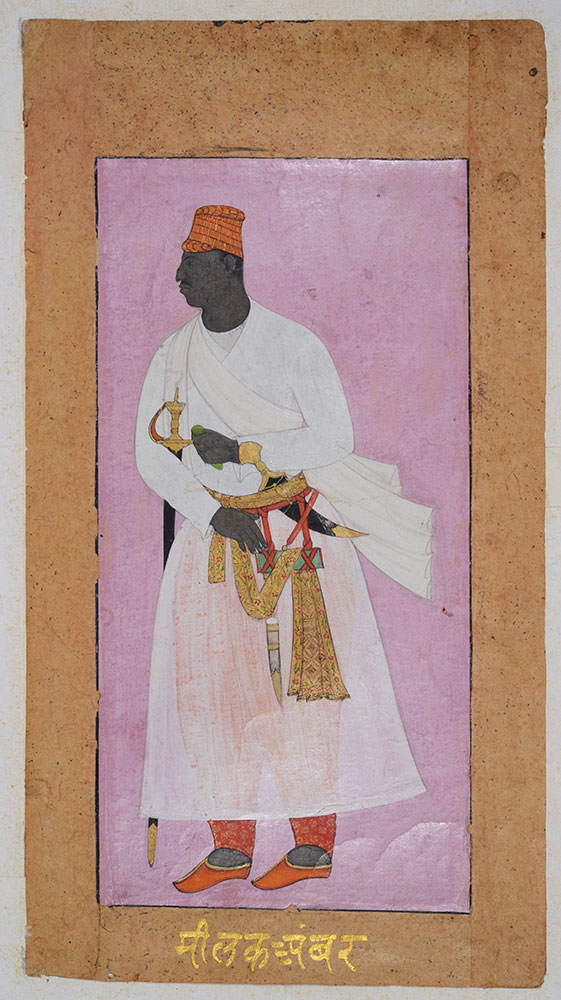 Despite all these achievements, the Deccan region has been little studied by Indian historians. It is the large North India-based empires, whether Ashokan or Mughal, that have been the main focus of interest among major historians, perhaps because of the dominance of the nationalist framework in historical research. A major consequence of this has been that the subcontinent is viewed from the perspective of these great empires. What the exhibition Nauras does is shift the perspective.
Click to expand...

Yes , it was a world where an Ethiopian could become highest authority in Ahmadnagar some thousands of miles away from Ethiopia but native Hindus who had produced one of largest empires of 9th century had no place. Indeed it was a fascinating period.(sic)
S

Vikramjeet said:
Yes , it was a world where an Ethiopian could become highest authority in Ahmadnagar some thousands of miles away from Ethiopia but native Hindus who had produced one of largest empires of 9th century had no place. Indeed it was a fascinating period.(sic)
Click to expand...

Tell more about this. How did these sultanates become powerful in this region?
V

I will tell sometime later on.
S

The Bahmani kingdom of the Dakhin, founded in 1347 as the result of a successful revolt against the tyrannical rule of Muhammad bin Tughluq, stretched from Berar in the north to the river Krishna in the south. It had a series of able rulers who engaged themselves in a perpetual war against the Hindu kingdom of Vijayanagar, which was situated to the south of it. After the execution of the great minister, Mahmud Gawan, in 1481, the Bahmani kingdom began to disintegrate due to fights between nobles who were divided into foreigners and locals. On its ruins sprang up independent kingdoms, which were each conquered by the Mughals; Berar in 1557, Ahmadnagar in 1633, and Bijapur and Golkonda in the late 17th century.

All the sultans imposed jizya on Hindus to pressure them into converting to Islam. They employed few Hindus, particularly Brahmins and Marathas. Their court language was Persian and they rarely used local languages like Kannada, Telugu, and Marathi. Hindi started to develop in this region as a link language. Ibrahim Adil Shah of Bijapur, placed Brahmans in charge of the public accounts, which began to be kept in Hindi instead of Persian.
Click to expand...

That's interesting because I was surprised by the use of Hindi in the painting of Malik Ambar.
V

Sorry friends, I could not get time to contribute something meaningful till now. Here is my piece on the subject.

Classification of anything must have some basis-religious, social, linguistic or simply geographical. When we use term 'Deccan', this is our classification of a certain region in India. As per even ancient Indian scholars, the Aryavarta stopped at Vindhya and Vindhya mountain as well as Narmada river indeed maintain a barrier between regions north and south of them. Now, Sanskrit Dakshina meaning South was called Dakkhin (rural people still use it) in vernaculars of North which were taken there so Deccan has ultimate origin in Sanskrit term Dakshinpatha. However, not all lands south of Vindhyas are called part of Deccan, Deccan means lands between two seas and between Mysore plateau and Vindhya roughly including Maharashtra, Telangana , Andhra and Karnataka. Deccan does not include Tamil Nadu and Kerala.
Deccan region is relatively drier but in Maharashtra and Karnataka due to land being blessed with fertile black soil(suitable for cotton and nuts) and semi arid lands requiring far more organisation of human resources, some very strong empires were built in Deccan and since 3rd century BC, Deccan region has been an urbanised place at a time when Punjab and Rajasthan did not have much cities.

Deccan based Satvahana empire. Capital was in Pratisthan near modern day Aurangabad of Maharashtra. 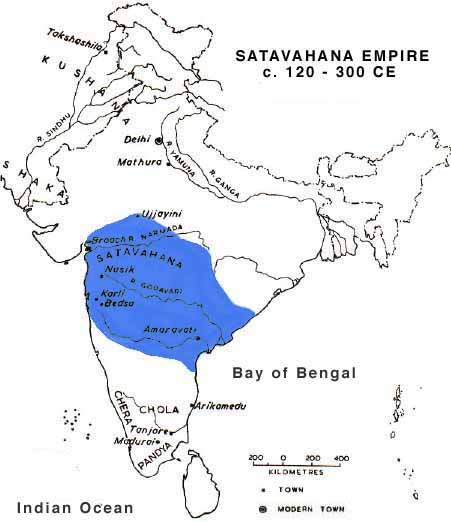 After Satvahans, we have series of some very strong empires which were made by Kannada people from North Karnataka of modern day Bidar, Gulbarga, Bijapur(all three great cities of 'cosmopolitan' Deccani Sultanate) region who by combining adjoining areas of Maharashtra ruled a far larger territory than most kingdoms of India of that time.

Chalukyas of Badami( Bagalkot in Karnataka) created a strong empire which ruled over Maharashtra, Karnataka and much of Andhra. Pulakesin also repulsed invasion of Harshavardhana. Chalukya dynasty at its height in seventh century. 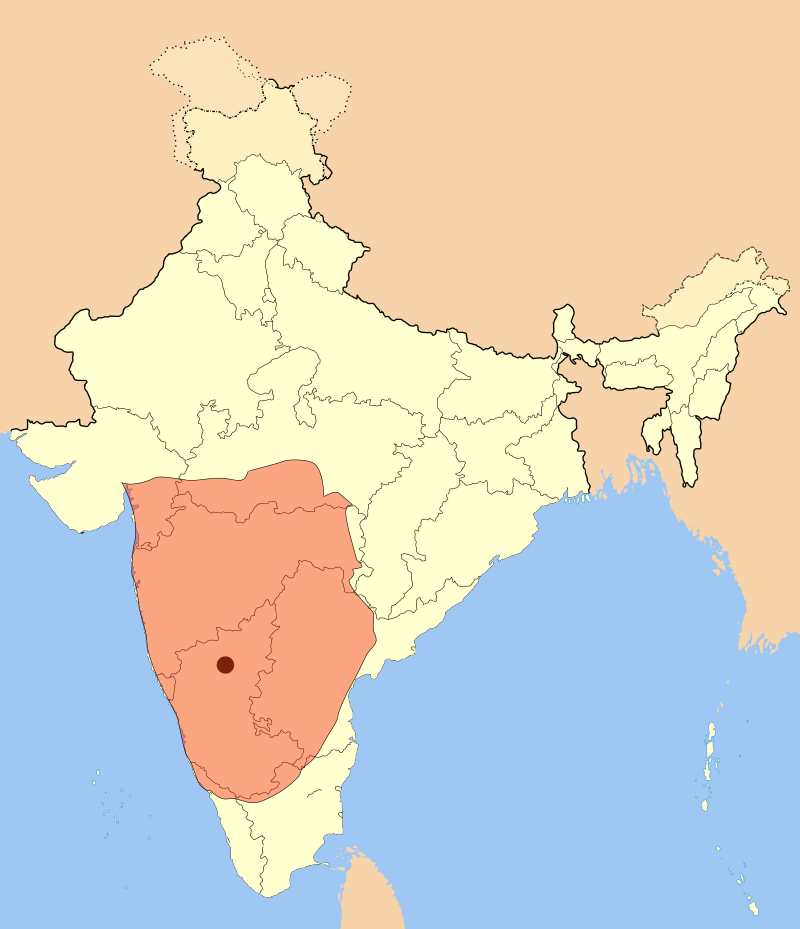 Chalukyas were overthrown by Rashtrakutas (ethnogenesis of Rathores is work of them only) in 750s and Rashtrakutas were indeed most powerful dynasty produced by Deccan before age of Marathas. Arabs who knew all major regions of Eurasia themselves admitted that Rashtrakutas were one of four most powerful and greatest of Kings of entire world(Arab Abbasids, Tang Chinese, Byzantines and Rashtrakutas were four such kingdoms) of 9th century. It is testimony to strength of Rashtrakutas that King of Sri Lanka offered them tribute and their armies sacked great city of Kannauj three times while Pratiharas their arch enemies could not even cross Narmada river in retaliation. 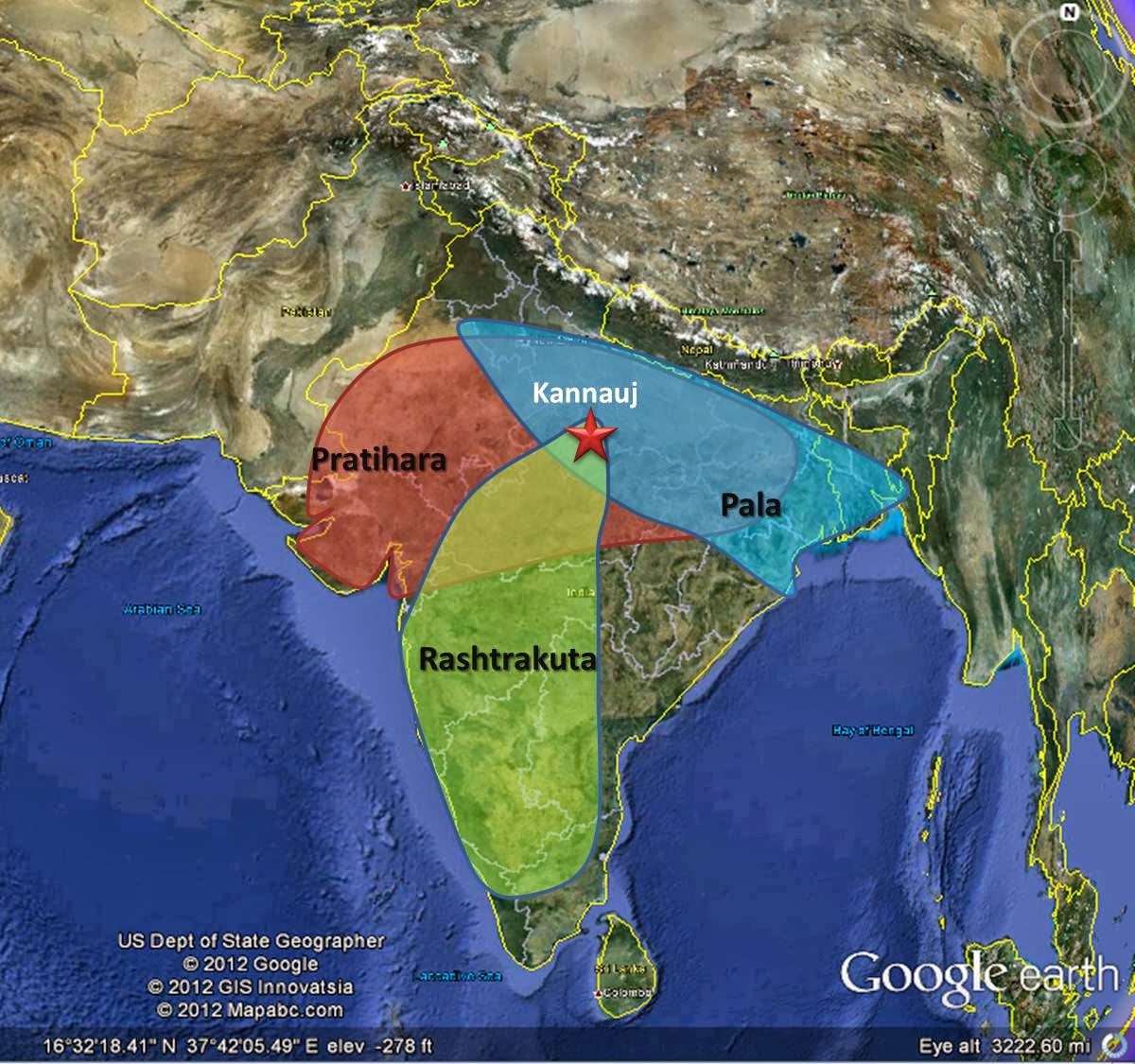 This is the reason why I said that it is indeed sad to note that Hindus of Deccan who produced one of greatest of kingdoms of ninth century were not able to reach good positions in Deccani Muslim Sultanate but an Ethiopian from some thousands of miles could become chief if he was a Muslim.

In last quarter of tenth century , Rashtrakutas were replaced by Chalukyas of Kalyani (Bidar in karnataka) whose greatest extent was same as Chalukyas of Vatapi. When Muslims attacked Deccan in around 1300 for first time, they faced three large kingdoms-Hoysalas, Yadavas and Kakatiyas. All three of them were feudatories of Chalukyan empire till 1150s.