MiG-29SMT said:
ignorance? to claim downing a 6G limited swing wing aircraft with only AA-8s represents superiority of F-16? what a good statement, remember Assad kicked the ass of the west now he rules Syria and that is thanks Su-35s since the Russians also do strikes, and even downed most of the cruise missiles that did not damage Assad air force since it is still flying and L-39 is an advanced trainer but of 1970 vintage what a feat, where are the F-35s? over Syria?
Click to expand...

WTF! Where was Su-35 when Israel was bombing Syria?

The only reason Assad is still in power is because America did not commit to removing him from power. It was Turkey and to some extent Israel that wanted Assad out. America did not really want to remove Assad. Just look at Saddam and Gaddafi (Gaddafi's removal was the brainchild of the French and Brits).

In Syria America was content to have bases to operate from. But Trump now wants total pullout to appease his puppet master Putin.

scatterStorm said:
Didn't F18s already have such technology onboard, which warns them of Over-G?
Click to expand...

Almost all modern 4th gen fighters with FBW control systems have G-limiters which the pilots can override. The Su-27 have it (I don't know the Mig-29, but it should have it), all American 10 series, and European fighters.

What is new and more helpful in preventing crashes and deaths is USAF's AUTO GCAS software that takes over the computer flight control system when the software senses lost of input or corrective maneuvers from pilot (when pilots passes out due to high Gs), first installed in F-16s which is notorious for making pilots (specially trainees) black out. AUTO GCAS is now also installed in F-35s after that JASDF crash.

All of Air USA's secondhand Hornets feature the AN/APG-73 radar—the same one that is found on the F/A-18C/D and early F/A-18E/F Super Hornets—that differs from the less capable AN/APG-65 radar the A/B Hornet was originally equipped with. The AN/APG-73 remains a very capable radar set and is largely superior to anything else on the adversary market at this time. Kirlin also informs us that the radar and electronic warfare pod are integrated in such a way that the aircraft can simultaneously jam and engage (jam and shoot) enemy targets, which he doesn't believe exists anywhere else on the adversary market and is a critical capability when it comes to mimicking more advanced foreign fighter threats.

The jets also come with their Northrop Grumman AN/AAQ-28 LITENING advanced targeting pods, which are hugely capable in the air-to-ground targeting and non-traditional reconnaissance realm, as well as for positively identifying aircraft visually at long ranges. You can read all about this function and its value in this past piece of ours. In addition, the Hornets come with 68 Joint Helmet Mounted Cueing Systems (JHMCS), which offers helmet-mounted display capability that drastically increases a pilot's situational awareness and high-off-boresight targeting for close-range air-to-air missiles. This will make it easier for these aggressor jets to simulate foreign capabilities of a similar nature.

Overall, Kirlin informs us that that the Aussie Hornets are being imported in exactly the same configuration as they are flying operationally today the RAAF. Nothing is being removed, even the jet's Link 16 data-link system and its internal M61 20mm Vulcan cannon are staying put.

10 of the fighters have had their center barrel sections replaced—a critical structural upgrade that is necessary once Hornets hit a certain level of fatigue—but the rest of the fleet shouldn't need them. Kirlin says that since the aircraft have never trapped (landed) aboard or launched off a carrier, which causes extreme stress on the airframes, they should be able to operate continuously through 2035 and possibly even beyond.

Now you're in the cockpit of an F-22 performing extreme maneuvers...There's nothing like it. Enjoy!

The U.S. Air Force has reported that its F-15E Eagle fighter aircraft fleet is currently undergoing critical electronic warfare testing at the Benefield Anechoic Facility (BAF) on Edwards Air Force Base, California. A testing phase began recently and is currently under way.

“The Air Force is modernizing its F-15 fleet with the EPAWSS, which is capable of detecting, identifying, denying, degrading, disrupting, and defeating modern and emerging threat systems in contested environments,” Danner said.

“Additionally, tests must establish and provide verification of the interoperability and RF (radio frequency) compatibility among the EPAWSS, the AN/APG-82 radar and various existing avionics at the installed system level on the aircraft, as it would fly versus in a system lab,” Sabat said. The systems must coexist, communicate and operate without interfering with each other.

The EPAWSS is designed to provide indication, type and position of ground-based RF threats as well as bearing of airborne threats with the situational awareness needed to avoid, engage or negate the threat. The EPAWSS defends against RF and IR threat systems detecting or acquiring accurate targeting information prior to threat engagement thus complicating and/or negating an enemy threat targeting solution. The system counters threats through its suite of components with electro optical and RF techniques. 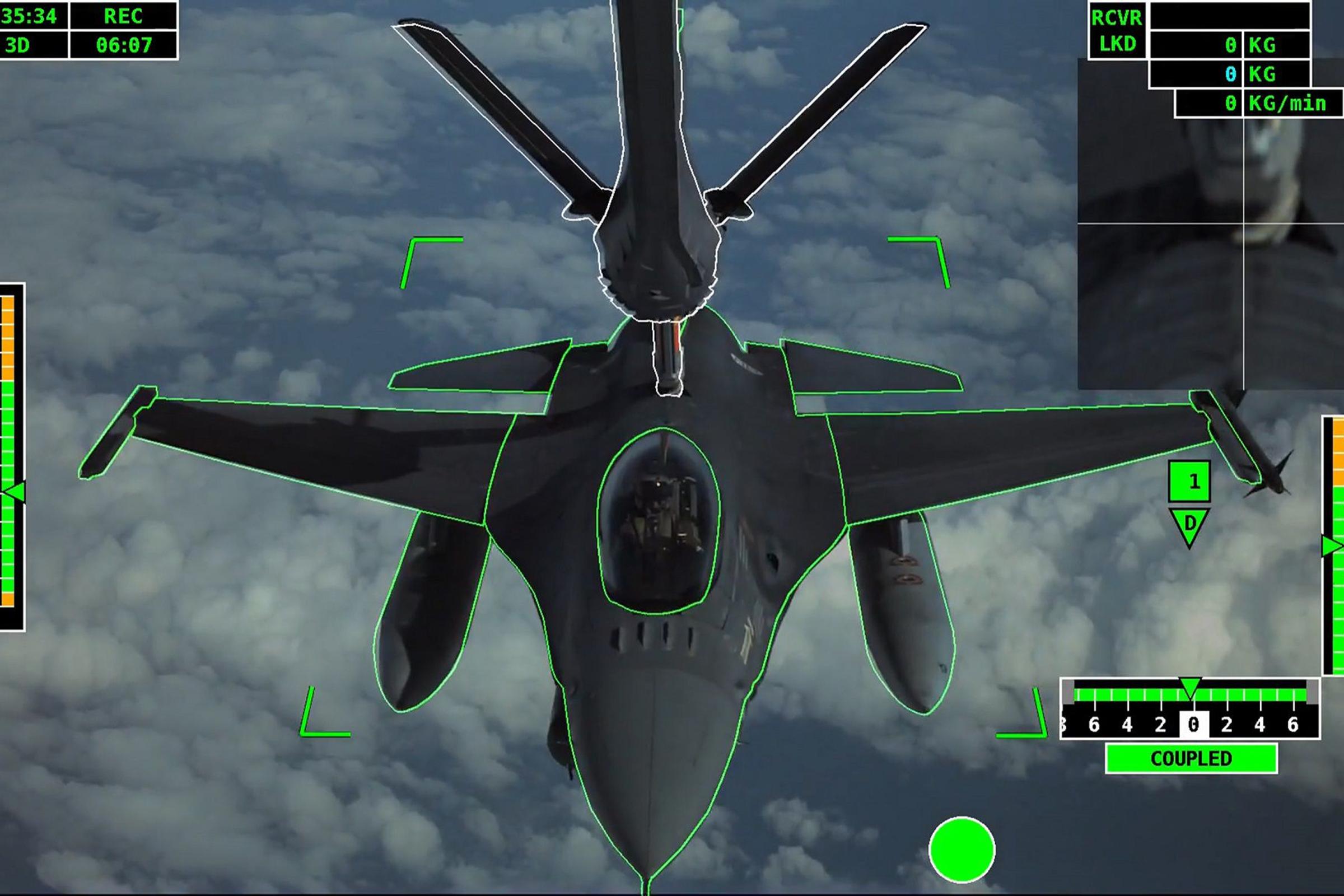 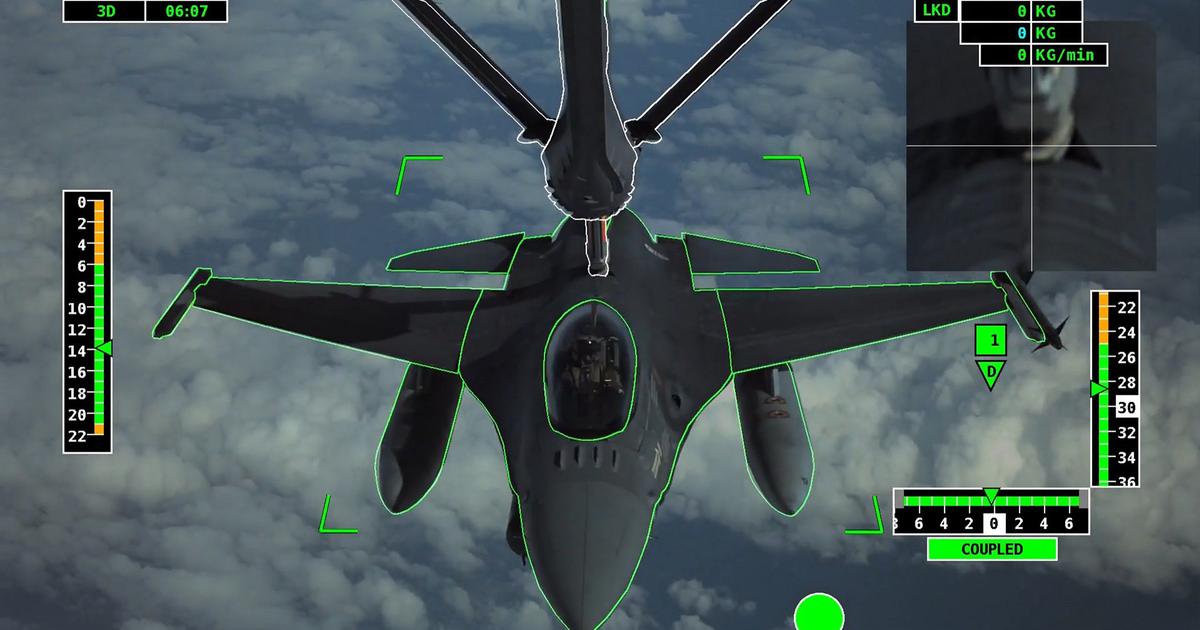 The pod was able “to detect and identify the location of the target, automatically route to the target, and capture an image to confirm the target in a simulated, denied-communications environment,” says Lockheed Martin.

The company does not disclose other details, such as how communications were denied, though typically that means radio jamming. Without radio communications remote pilots would be unable to direct unmanned air vehicles (UAVs) or review image data gathered.

Using artificial intelligence to conduct an ISR mission could allow a UAV to push deeper into enemy airspace where communications could be limited. It could also let aircraft operate in radio silence, making them harder to detect. 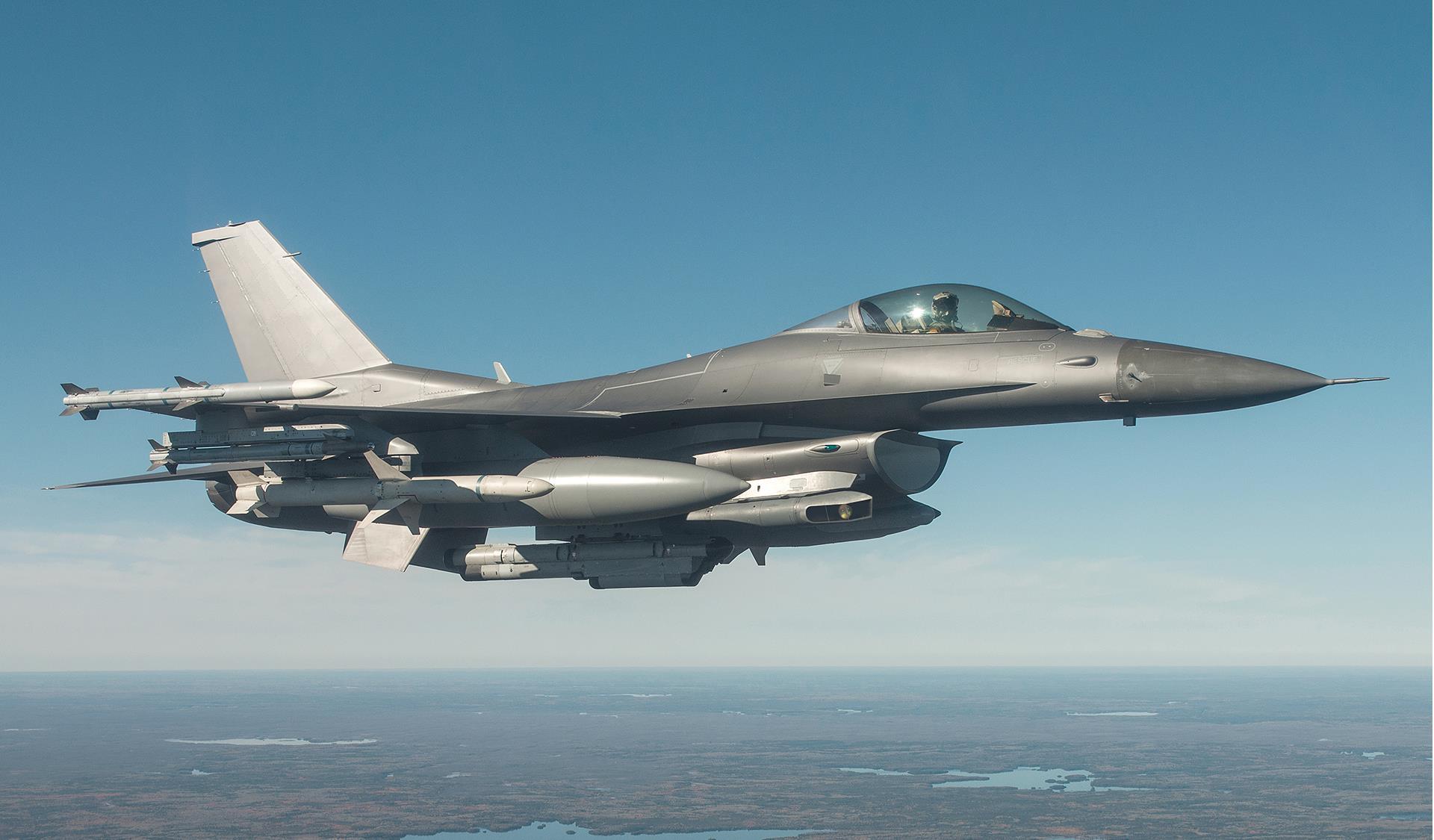 Lockheed Martin's Advanced Development Programs, also known as Skunk Works, has demonstrated an artificial intelligence-powered intelligence, surveillance and reconnaissance pod autonomously searching out and confirming a target in a demonstration.

Which goes without saying that this kind of technology will allow UAVs to penetrate and attack targets in heavily jammed locations.