J20! said:
Has it really? Maybe you should inform COMAC. As of March 8th 2018, the 1st prototype has completed 35hours of flight time over 13 flight tests since arriving at the Yanliang test center.


As per my post on this same page, as of March 24th 2018 the 2nd prototype has performed 5 test flights:


It's kind of sad that you have to make up "crash" conspiracies to reconcile your hate of all things China with the C919 program. Do you have proof to refute the photographs from COMAC?

The the CP deleted a link you posted on DFI? There was a time I would actually waste time replying your ilk, fanboy. But just in case you have actual evidence of a C919 prototype crashing in January, please post a news source backing up your assertions.

Otherwise, go derail some other thread with your inferiority complex B.S..
Click to expand...

A personal blog from the engineer of C919 testing team, written one week ago, already 13 flights been made in Yanliang center.

The C919 development is quite transparent, most of progress can be even discussed on civil aviation forum:

Photo at 11th May 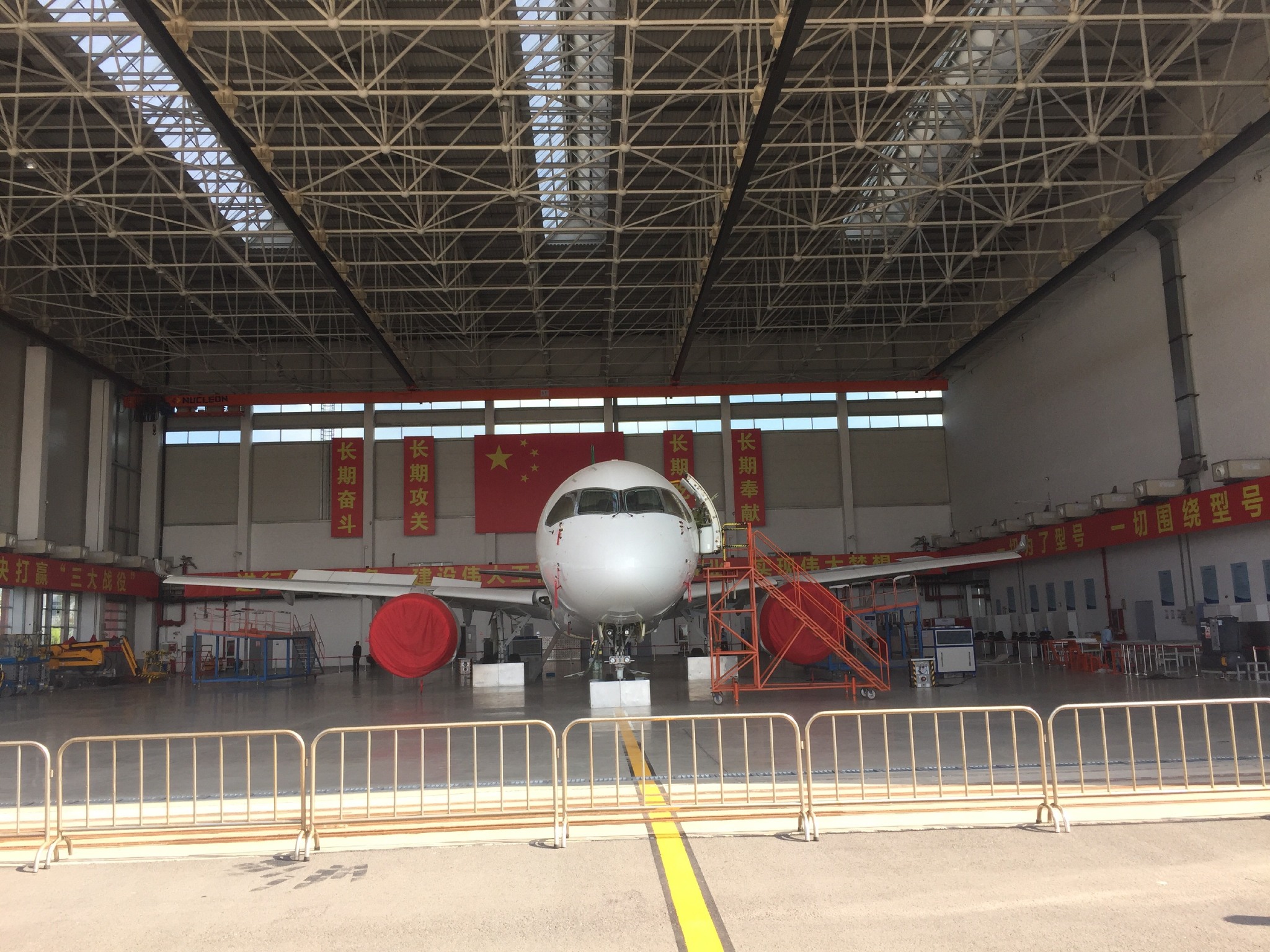 UAC and COMAC approved the general layout of CR929

The parties agreed as to the aircraft principal geometry – wing span and shape, fuselage length, fuselage nose and tail section dimensions, aircraft fins sizing and form, location of engines, landing gear and doors. The above is the result of efforts undertaken by JET-team, the joint Sino-Russian engineering team headed by CR929 chief designers Maxim Litvinov (representing the Russian side) and Chen Yingchun (representing the Chinese side).

As explained by Chief Designer Maxim Litvinov (representing the Russian side) at the CR929 general layout signing ceremony:

“The parties’ approval of CR929 general layout is a major step forward towards subsequent development of a uniform technical concept of CR929 family aircraft. This allows us to move on to the stage of full-scale joint development of the aircraft design and systems, inter alia, in the context of liaising with the potential suppliers of aircraft equipment and components.”
Click to expand...

The CR929 Program is currently at Gate 3 phase. Apart from aircraft general layout approval, this stage also includes experimental research work in the sphere of aerodynamics, selection of structural materials and analysis of technical commercial proposals submitted by potential suppliers of the key systems and equipment. These works and Gate 3 phase are expected to be completed by mid-2019.

BEIJING and MOSCOW—The Sino-Russian Craic CR929 widebody airliner has grown during development and now requires greater thrust than envisaged before the program’s launch last year. The aircraft, comparable with the Airbus A330-900 in a 2015 concept design, is now larger. An engine type generating 78,000 lb. thrust is now needed; in 2015, thrust per engine was 71,226–75,000 lb. Craic is a consortium of Comac and United Aircraft Corp. (UAC). Comac has released basic data ...

Why that junk c919 not being tested.....
Oh wait last time that video of c919 crash was authentic, which CCP went on a deleting spree. So much so even the link of crash which I had posted has been deleted...
Now one tell me one thing. If this crash video was fake or of another aircraft then why 11jumping pig or Winnie the pooh ordered to delete all links of crash video?

For me why would I Care to delete if its fake or of another aircraft. I would continue testing it cause that's the best answer to any critique. But CCP went on to delete crash videos that only prove that something is fishy and you people want to hide truth....:biggrin2::biggrin2:
Click to expand...

What are you talking about? Everyone knows that B-001A crashed a 1000km south of Yanliang back in January

Ask @Armand2REP if you want the "truth". That FlightRadar24 data is "fake news" released by the CCP's propaganda machine

J20! said:
What are you talking about? Everyone knows that B-001A crashed a 1000km south of Yanliang back in January

Ask @Armand2REP if you want the "truth". That FlightRadar24 data is "fake news" released by the CCP's propaganda machine
Click to expand...

The evil CPC used 6 months to produce the third one and name it as B-001A again...

rockdog said:
The evil CPC used 6 months to produce the third one and name it as B-001A again...

Photoshoped pictures for publicity and phony plane to fool the monitoring app.

or Chinese produced more than two prototypes without disclosing them just in case one crashed. 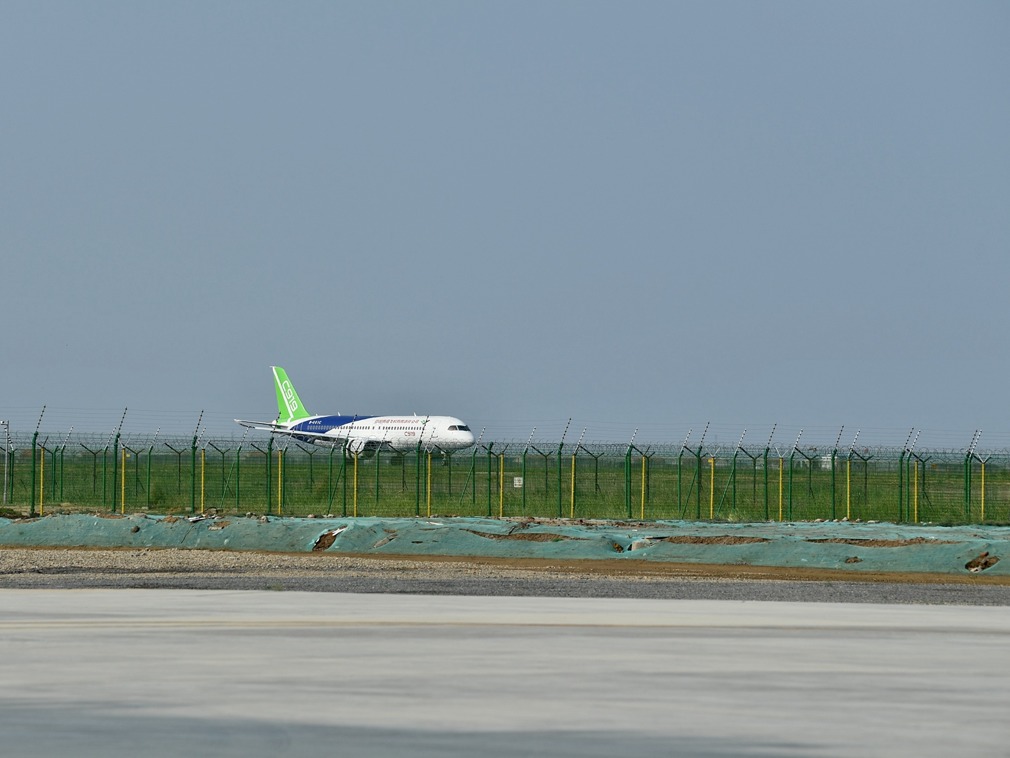 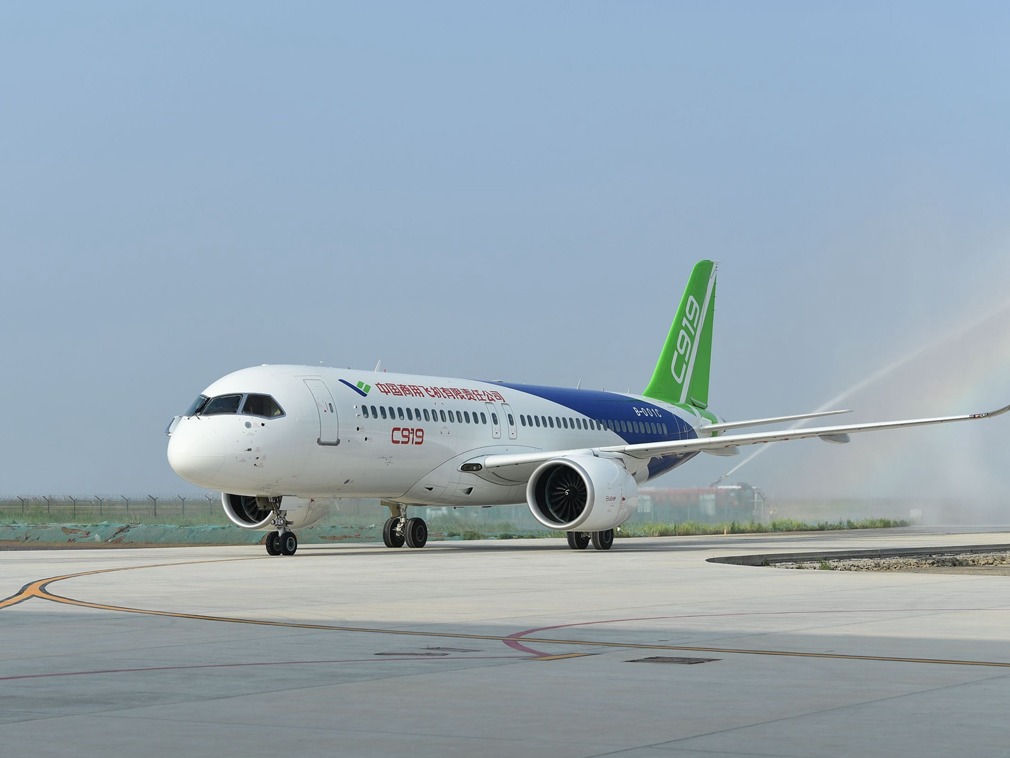 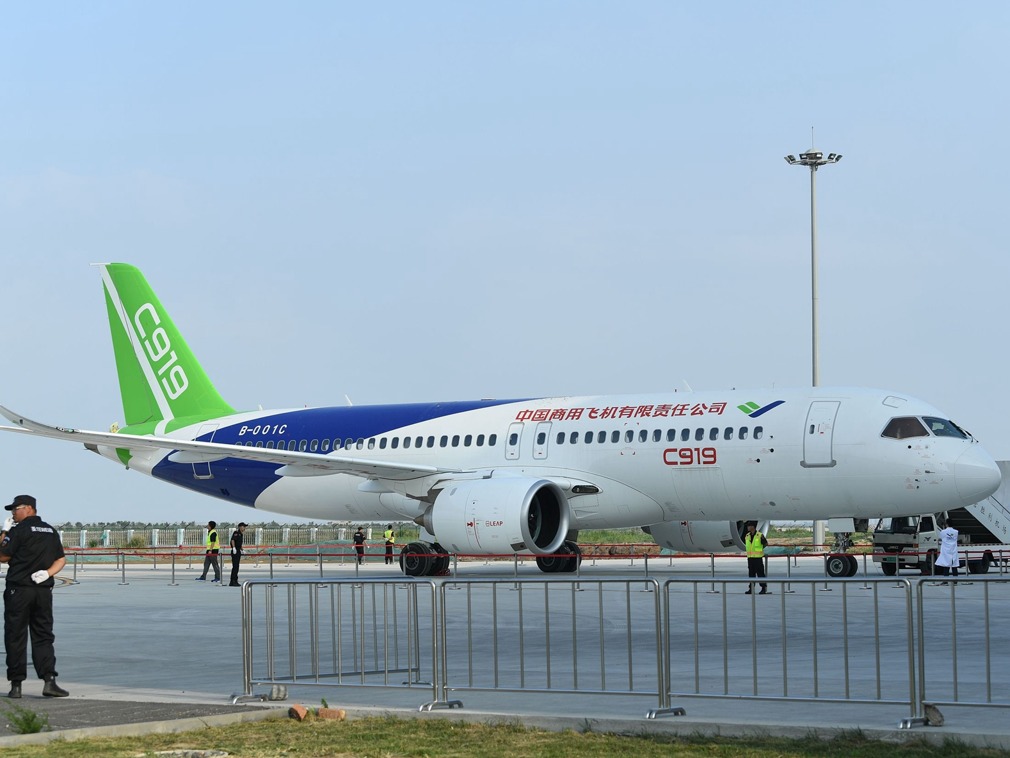 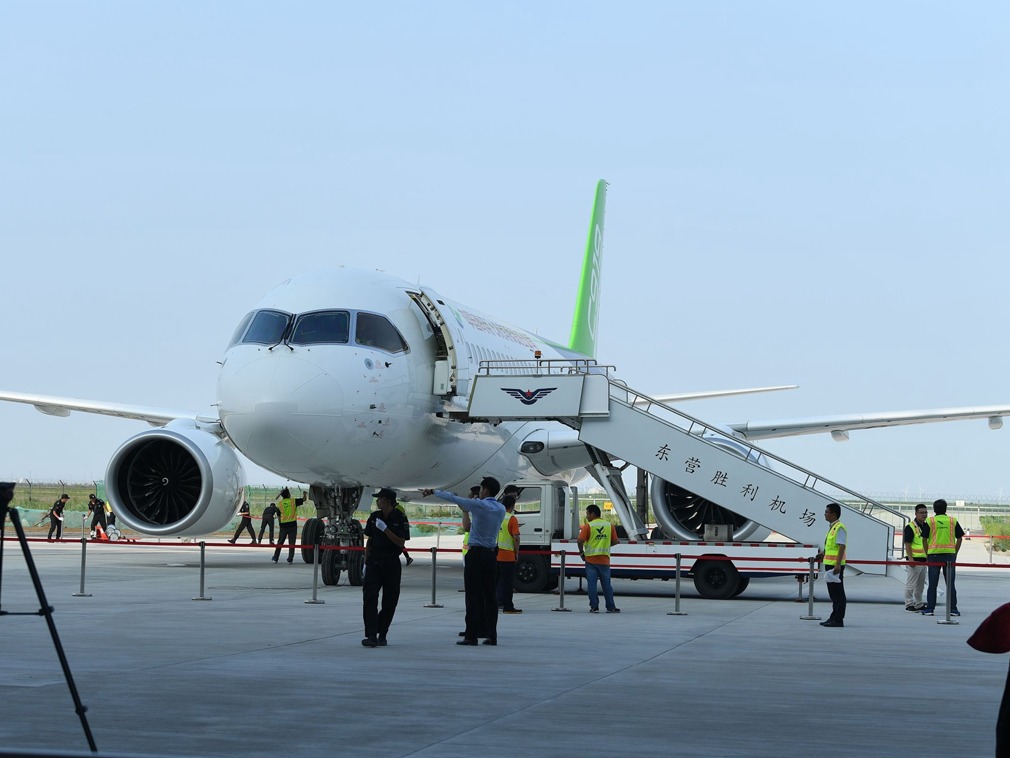 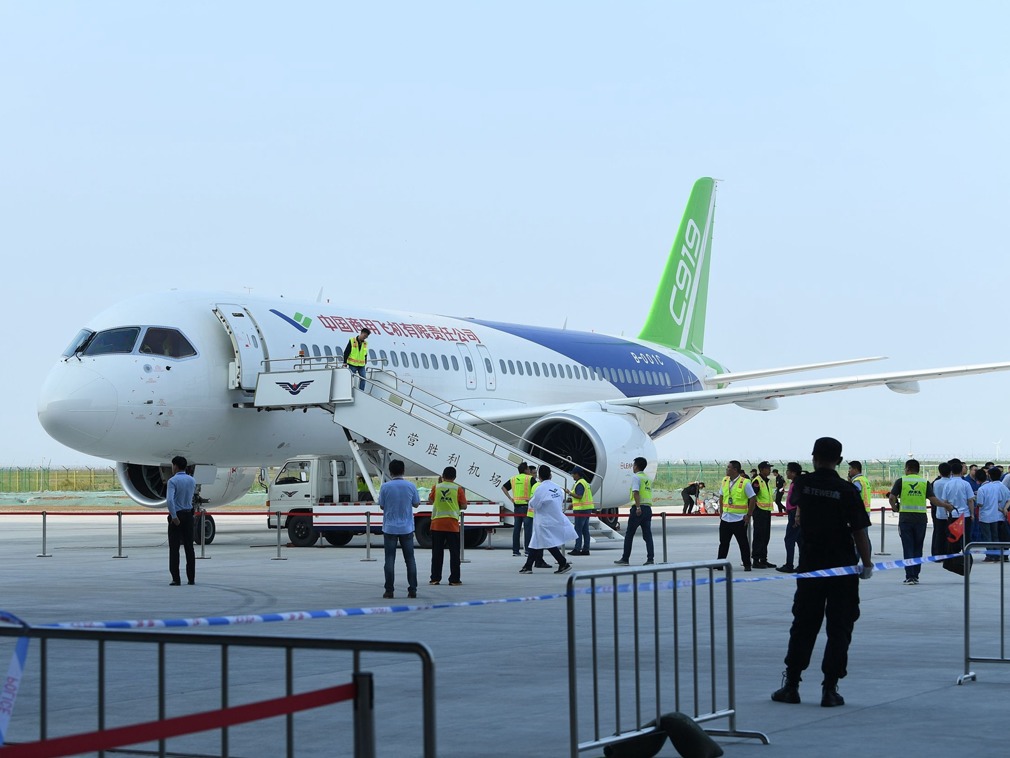 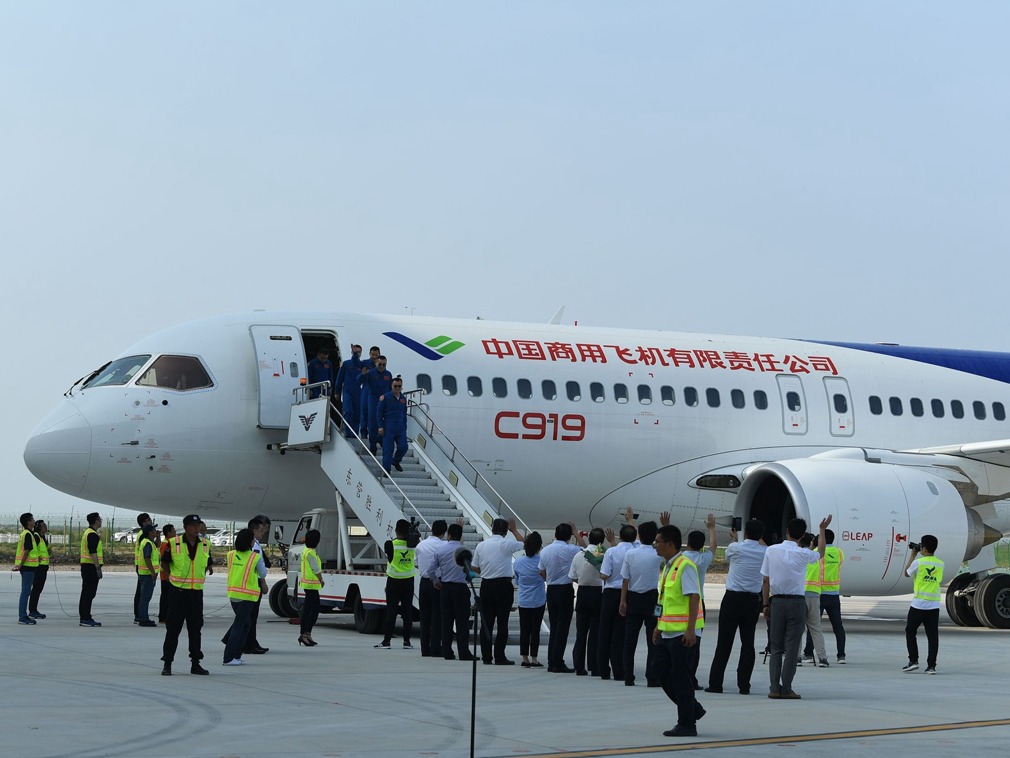 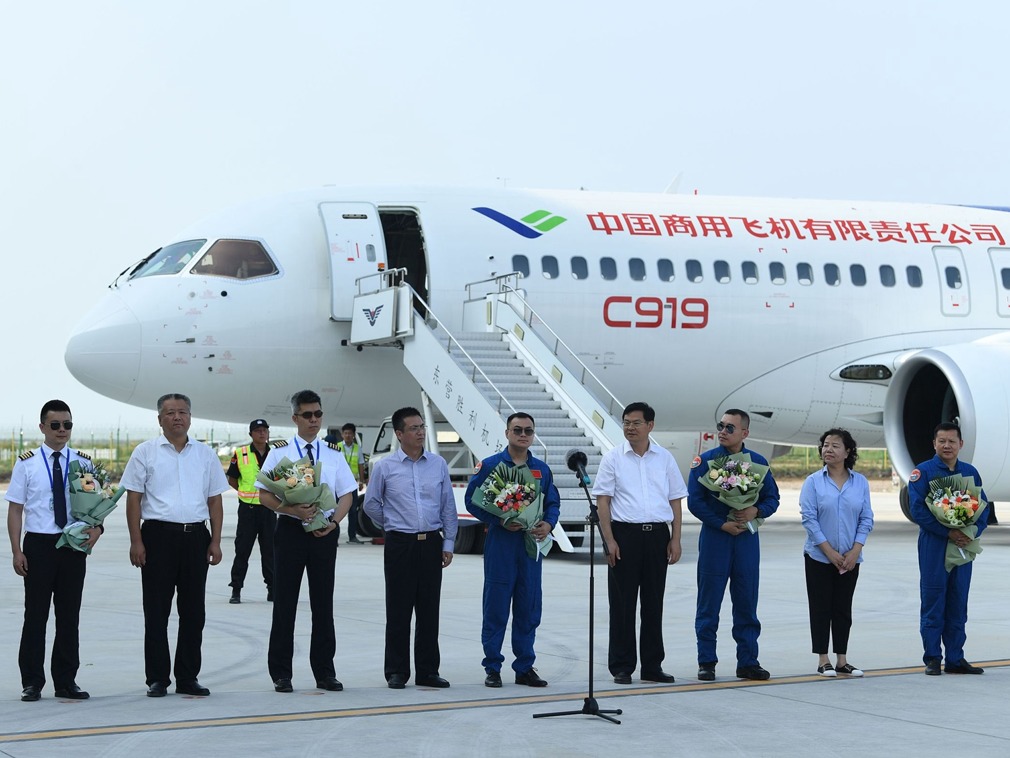 You do realize it is a crowded market with established names. No Asian airline would buy anything other than Airbus and Boeing.

vampyrbladez said:
You do realize it is a crowded market with established names. No Asian airline would buy anything other than Airbus and Boeing.
Click to expand...

The company says the performance of the wing met expectations and validates the aircraft’s design.

It adds that the test reflected the ultimate load the wing is likely to bear just short of sustaining damage, and that it is likely to be nonrepeatable. Another test examines the aircraft’s limit load, which reflects the maximum expected load.

“This means that the C919 has entered a new stage of intensive research & development flight testing, officially launching a multi-site synchronous flight test mode,” says Comac. “This will allow for testing in various complex meteorological conditions, and a series of high-risk test flight subjects in the future.”

Initially the aircraft will undergo ground tests for systems such as its CFM Leap-1C engines, fuel system, power supply, and environmental control system.

All told, Comac’s flight test programme will use six aircraft for flight tests, and two for static tests.

God save the poor bastards who travel by Chinese airlines. Their lives are decided by a coin toss.

vampyrbladez said:
God save the poor bastards who travel by Chinese airlines. Their lives are decided by a coin toss.
Click to expand...

Check it out. Chinese airlines are among the safest in the world.

SexyChineseLady said:
Check it out. Chinese airlines are among the safest in the world.
Click to expand...

I don't see any Chinese airlines on the list.

I don’t know why India would bring up safety compared to China. lol

I don’t know why India would bring up safety compared to China. lol
Click to expand...

I don't know authenticity of these figures, but whatever the safety records at present are for airlines are due to 2 major companies Airbus and Boeing both established and committed to safety first.

When this chinese junk plane enters the service of Chinese carriers this rating can change drastically to zero, half or one star....

Armand2REP said:
I don't see any Chinese airlines on the list.

By Tuesday afternoon, more than 160 million people had viewed or participated in discussions about the pilot on the Twitter-like microblogging platform Weibo.

The most popular chat forum on the incident was titled, "My Hero Captain."

"This is a miracle in the history of Chinese aviation, and shows the special psychological mindset of flight instructors," one commenter wrote.


"Having watched the American film, 'Sully', based on real events, this is even more shocking and exciting!" another commenter said.

He was referring to Chesley Sullenberger, a US Airways pilot who was hailed as a national hero in January 2009 after he managed to save the lives of 155 passengers and crew by landing his stricken airliner in New York's Hudson River.

The safety director of the Civil Aviation Administration of China said at a press conference Tuesday that the plane "shed its right windshield" as it was flying over Chengdu.

SexyChineseLady said:
Check it out. Chinese airlines are among the safest in the world.
Click to expand...

Is their motto 'Crash and Burn at affordable rates!'.

LOL! JK! Unless you have a A320 or 787 type competitor , no one is interested. Maybe after tariff game with US, China will be forced to adopt isolationist policy so then maybe.
You must log in or register to reply here.
Similar threads
Pakistan Sets Eyes on China’s New J-35 Fighter Jet That Takes on America’s Best F-35
Army Chief Arjun MK 1A cleared all trials set by Indian army.
China Helicopter Expo 2019 set to take off in Tianjin
#Eye_on_China, India set to kickstart 1st space war drill
Share:
Facebook Twitter Reddit WhatsApp Link