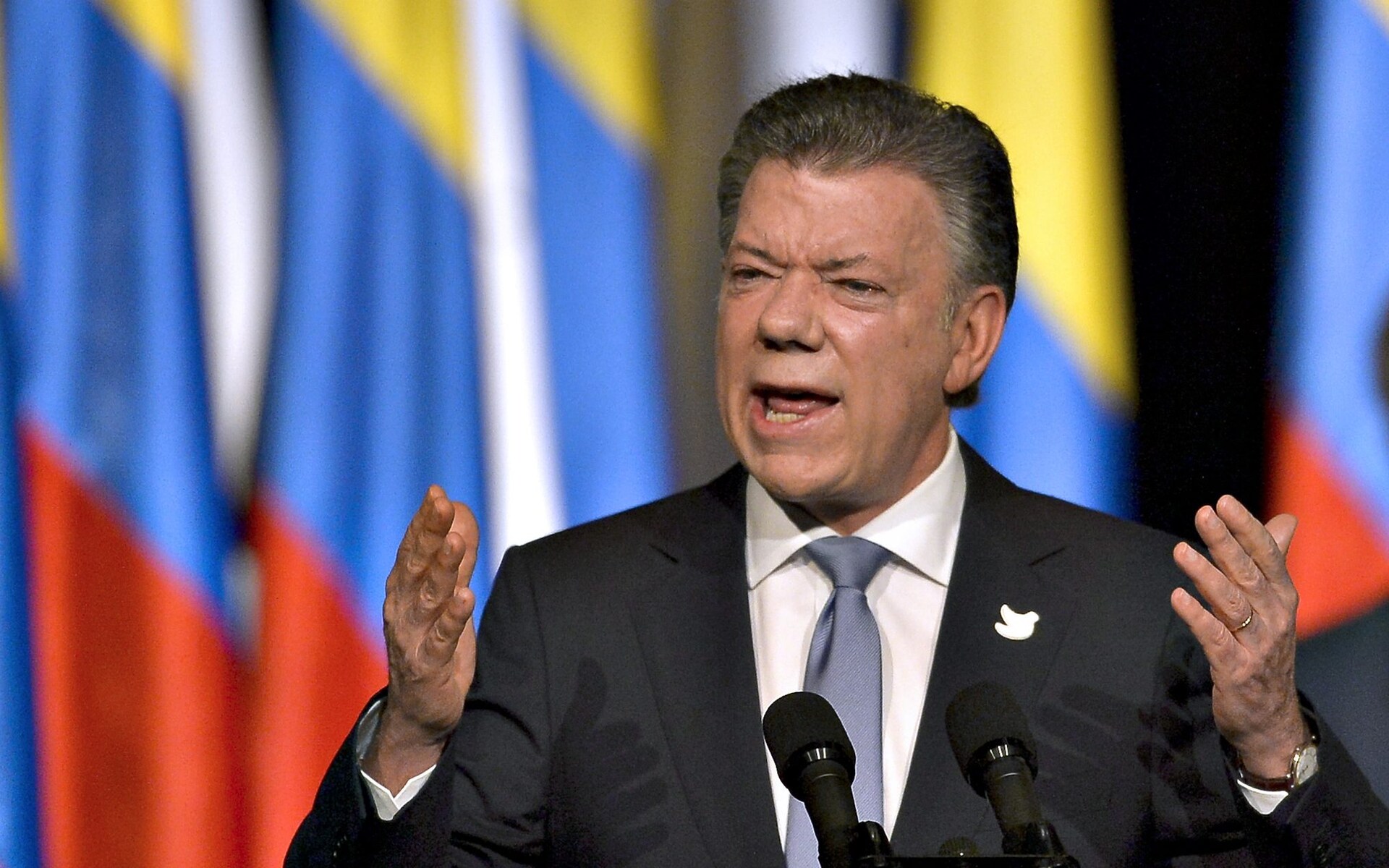 Colombia will become the first country in Latin America to join Nato as a "global partner", the outgoing president announced on the eve of the first presidential elections since its bloody civil war came to an end.

Juan Manuel Santos, who signed a peace deal with the left-wing Farc guerrillas in 2016, ending the longest-running civil conflict in the western hemisphere and winning the Nobel Peace Prize for his efforts, made the announcement on Friday night.

Colombia will join next week as a "global partner", Mr Santos said, which means it will not necessarily have to take part in military action but will be fully accredited in Brussels.

But the announcement came as the peace process, on which he staked his presidency, hangs in the balance.

Mr Santos cannot run for a third term, and the current front-runner for Sunday's election is Right-winger Ivan Duque, who has sharply criticised the deal for giving too much ground to the Farc.

Hand-picked by Mr Santos's rival and presidential predecessor, Alvaro Uribe, Mr Duque, a 41-year-old lawyer and financial consultant from a prominent political family in Antioquia, has said he would alter the peace agreement if he is elected.

While legally the deal cannot simply be torn up by a new government, it can be effectively “slow waked” to failure by blocking legislation needed to fully implement the agreement.

Mr Duque faces a strong challenge in the elections from the Left-wing candidate, Gustavo Petro, a well-known former rebel from the M-19 group who has a track record in congress and as the mayor of Bogota.


The other three candidates are more centrist, and all are seasoned politicians: Germán Vargas Lleras toward the centre-right, and Sergio Fajardo and Humberto de la Calle – chief negotiator of the Farc peace deal - toward the centre-left.

Polls suggest that no one candidate will win outright on Sunday, in which case a run-off will be held on June 17.

Colombia joining Nato as a partner country will mean it will cooperate on global security areas like cyber and maritime security, terrorism and links to organised crime.

"Colombia benefits a lot from being an active part of the international community,” said Mr Santos, announcing the move, which had been agreed last year, on national television.

“Many of the problems we face are increasingly global and need the support and collaboration of other countries for their solution."