daredevil said:
That's because me and Singh are missing from action
Click to expand...

You two got a room or what?

sohamsri said:
Was talking about the usual chats..
Click to expand...

Doesn't this thread make that ("usual chats" in the shout box) redundant?

Well, it works when the person you are trying to chat with isn't online @ that point of, n using pm is not called for in this case.

Reported by Guest Patrakar on Nov 24th, 2009 and filed under World. You can follow any responses to this report through the RSS 2.0. You can leave a response or trackback to this report

Karachi, Pakistan. News reports leaked to Maila Times indicate the recently held Pakistan Fashion Week in Karachi was responsible for killing 90 terrorists these past few weeks. Organizers of the show were pleased to learn that in addition to mesmerizing the fashion world with their haute couture, fashion shows held at the gala were also effective in fighting terrorism, one sexy catwalk at a time.

According to military spokesman Athar Abbass, Pakistan’s first ever fashion week was a huge success in the fight against terrorism. “The army, in cohorts with the nation’s top fashion designers, strategically planned the timing and logistics of the event to catch the miscreants off-guard,” said Mr. Abbas. “In addition to our surgical strikes, the pure sexyness and defiance of the fashion shows delivered an effective knock-out punch to the Taliban.” Mr. Abbas clarified that the fashion week was postponed twice not because of security concerns, but rather to better ‘coincide’ with the military’s operational plans.
In a press statement issued by the ISPR, scantily clad models, girls smoking cigarettes, fashionistas caked in make-up, and socialites looking out for Sunday Magazine photographers were the primary weapons used at the fashion week against the terrorists. “This overflow of defiance against the Taliban is a terrorist killing machine,” said arm-chair security analyst Ayesha Siddiqa.

However, it is still unclear how exactly terrorists were killed by the fashion week. Unnamed militants in South Waziristan reported that when their fellow militants heard of such defiance, they simply dropped dead. Other sources indicate that some militants were unable to ‘handle’ the extremely ‘haraam’ nature of fashion week and after looking at pictures and videos from the event, were shocked to death – literally. An anonymous militant who survived the four day event told Maila Times that it was “extremely difficult to control my breathing after seeing so many pairs of ankles, bare arms, ridiculous costumes, and attitudes that said ‘defiance’.” The militant said that he was able to survive because immediately after seeing the reports, he quickly went and held the hand of his fellow fighter.

Ayesha Tammy Haq, CEO of Pakistan Fashion Week, was pleased that the event was able to show the world that Pakistan is not just about terrorism. “This just proves that the way to fight terrorism is to shock them into submission with some skin,” said Ms. Haq. “I can’t wait for the New York Times to feature our event in their daily ‘feel-good’ story about Pakistan.”
Despite the success in killing terrorists, fashion designers and models participating in the event were disappointed that their hard work and designs were being overshadowed by the media’s coverage of the fashion week’s defiance against the Taliban. “That’s all fine and lovely, but can we please talk about my elegant ensemble of patchwork motif?” asked fashion designer Sonya Battla. Nadia Hussain, a prominent model, was also upset that instead of the media focusing on her catwalk, the media was too busy looking for a look of ‘defiance’ on her face.

Interior Minister Rehman Malik was quick to point out that the PPP and the President are supporters of the thriving fashion industry in Pakistan and that the democratically elected government by the democratic loving people of Pakistan voted for ‘sexy’.

It is Burj Dubai in United Arab Emirates and if you want more facts about it, then I would suggest visiting Burj Dubai on Wikipedia. Now we are dealing with another problem - window cleaning.

It is actually probably never ending story as when they get to the bottom the window at the top will already need to be cleaned again... And you probably can't be afraid of height . But everything regarding Burj Dubai is in fact impressive

IMPORTANT-Got this info from my frnds in INDIA Last week

Just last weekend on Friday night we parked in a public car park. As we drove away I noticed a sticker on the rear window of the car. When I took it off (after I got home), it was a receipt for petrol. Luckily my friend had told me not to stop, as it could be someone waiting for me to get out of the car. Then we received this email yesterday.

WARNING FROM POLICE
THIS APPLIES TO BOTH WOMEN AND MEN
BEWARE OF PAPER ON THE BACK WINDOW OF YOUR VEHICLE. NEW WAY TO DO CAR-JACKINGS. (NOT A JOKE).

Heads up everyone! Please keep this circulating. You walk across the car park, unlock your car and get inside. You start the engine and put it into Reverse.

When you look into the rear-view mirror to back out of your space, you notice a piece of paper stuck to the middle of the rear screen. So you stop, and jump out of your car to remove that paper (or whatever it is), because it is obstructing your view. Then when you reach the back of your car, is when the car-jackers appear out of nowhere. They jump in and take off. They practically run you over as they speed off.

And guess what, ladies? I bet your purse is still in the car. So now the car-jacker has your car, your home address, your money, and your keys. Your home and your whole identity are compromised!

BEWARE OF THIS NEW SCHEME THAT IS NOW BEING USED.

If you see a piece of paper stuck to the back window, lock your doors and just drive away. Remove the paper later. .

A Kabul representative for the Virginia-based company declined to comment and press officers elsewhere could not be immediately reached. Supreme supplies food and logistics services military bases across Afghanistan.

Police and international military forces were searching for the craft in eastern Logar province's Kharwar district, spokesman Din Mohammad Darwirsh said. He said they did not have any confirmation of a crash and no one had seen any wreckage.

"It's missing, but that's all we know right now," Coll said. He confirmed that NATO forces are helping in the search.

BEWARE BEFORE STARING AT HER 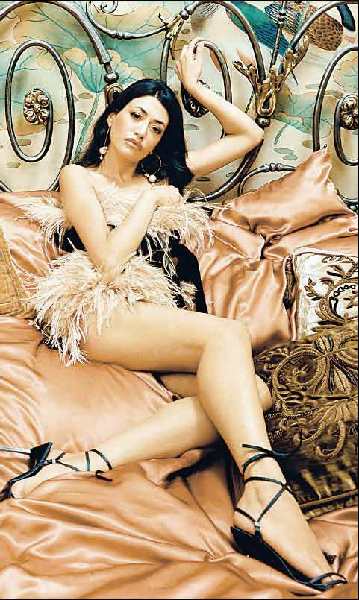 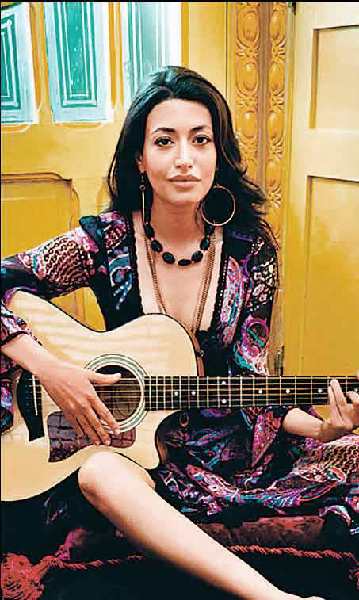 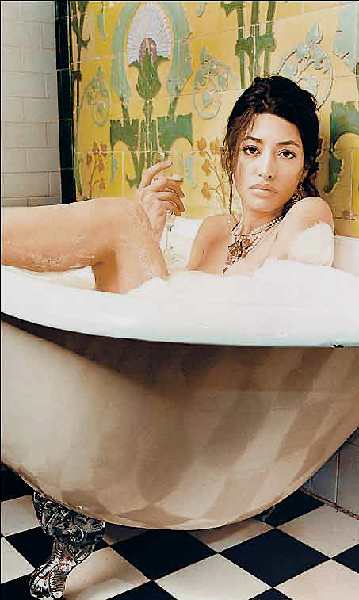 Her uncle is the world’s most wanted man and a byword for zealotry. Which makes these poses by Osama bin Laden’s niece either very brave or extremely foolish.

Wafah Dufour, 26, is seen sprawled on a bed — in lingerie, a feather boa and high heels. She stretches out her long limbs and throws back her hair in an attitude seemingly calculated to outrage Islamic traditionalists.

The former law student, a would-be pop singer, is also seen in a flowing dress with a guitar on her legs and, perhaps most provocative of all, pouting in a bubble bath.

New York-based Wafah, who adopted her mother’s maiden name after the September 11 attacks directed by Bin Laden, is the daughter of his half-brother Yeslam. She has already risked Osama’s wrath by declaring her ambitions to launch a pop career.

This dude is hellboy! 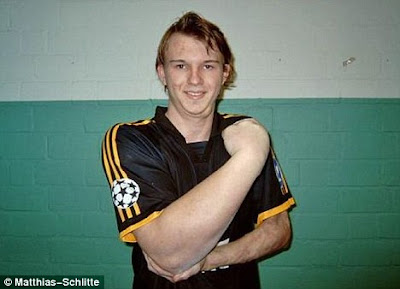 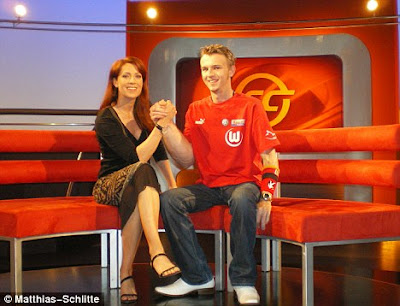 This dude is hellboy!

Anybody wanna take a guess as to how he build those muscles?

Kommunist said:
Anybody wanna take a guess as to how he build those muscles?

I presume you also have that kind of muscles and yes yes I know how they are built.

daredevil said:
I presume you also have that kind of muscles and yes yes I know how they are built.
Click to expand...

Not me. However, I once heard Singh saying that he had really powerful arms.