If Pakistanis like her, they should keep her with them... we have one less idiot in India. :blum3:
They could also use her for their War On Terror campaign as an item girl/WMD to lure the Talib Mullahs out from their caves... LOL... :coffee_spray:
1

If you excuse me, I have to go and vomit .
S

We should gift them Rakhi Sawant, in exchange for leaders of LeT.
1

Response of Indian,Pakistani and American governments to death of Item girl: 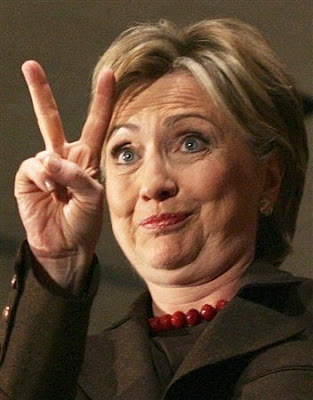 Pres Karzai of Astan is not too happy :s

By the same logic, Megan Fox should be handed over to us if we go for the Super Hornet.
S

Singh said:
Pres Karzai of Astan is not too happy :s

He likes dancing girls.He narrowly missed the hellfire missile himself

i hate Rakhi's plastic face. when she opens her mouth. i just pray she don't talk in english. makes my ears tickle with her stupit accent.
1

^^
Maybe the Canadians will be stupid enough to take her

Folks, this is a new sticky thread where you can chit chat about everything under the sun. Food, movies, books, gossip, cricket, actors/actresses, fashion, jokes, games, anecdotes, real events, love, banter, ask questions and what not

- This thread is unique in the sense that it will remain unmoderated or very rarely moderated only in the case of racist remarks or ad hominem attacks or under some special circumstances at the discretion of staff.

- The main point of this thread is to give a place where members can give a vent to their stress/pressure from their routine life by engaging in friendly exchange without any serious thoughts put into it. This will be a more relaxing thread where you can have friendly banter without the fear of being moderated.

Here I start with a funny article

Reported by Pagal Patrakar on Oct 19th, 2009 and filed under Companies.

New Delhi. In what could prove to be a major marketing and legal embarrassment for Hindustan Unilever Limited (HUL), a 26-year-old man has filed a case against the FMCG company, which owns the Axe brand of men grooming products, for ‘cheating’ and causing him ‘mental suffering’. The plaintiff has cited his failure to attract any girl at all even though he’s been using Axe products for over seven years now. Axe advertisements suggest that the products help men in instantly attracting women.

Vaibhav Bedi, the petitioner, also surrendered all his used, unused and half-used deodorant sprays, perfume sticks and roll-ons, anti-perspirants, aftershaves, body washes, shampoos, and hair gels to the court, and demanded a laboratory test of the products and narcotics test of the brand managers of Axe. Vaibhav was pushed to take this step when his bai (maid) beat him with a broom when he tried to impress her by appearing naked in front of her after applying all the Axe products.

No girl ever asked Vaibhav to call her

“Where the f#ck is the Axe effect? I’ve been waiting for it for over seven years. Right from my college to now in my office, no girl ever agreed to even go out for a tea or coffee with me, even though I’m sure they could smell my perfumes, deodorants and aftershaves. I always applied them in abundance to make sure the girls get turned on as they show in the television. Finally I thought I’d try to impress my lonely bai who had an ugly fight with her husband and was living alone for over a year. Axe effect my foot!” Vaibhav expressed his unhappiness.

Vaibhav claims that he had been using all the Axe products as per the company’s instructions even since he first bought them. He argued that if he couldn’t experience the Axe effect despite using the products as directed, either the company was making false claims or selling fake products.
“I had always stored them in cool and dry place, and kept them away from direct light or heat. I’d always use a ruler before applying the spray and make sure that the distance between the nozzle and my armpit was at least 15 centimeters. I’d do everything they told. I even beat up my 5-year-old nephew for coming near my closet, as they had instructed it to keep away from children’s reach. And yet, all I get is a broom beating from my ugly bai.” Vaibhav expressed his frustration.

Vaibhav claims that he had to do go a lot of mental suffering and public humiliation due to the lack of Axe effect and wants HUL to compensate him for this agony. An advocate in Karkardooma court, who happened to mistake Vaibhav for some deodorant vendor when he entered the court premises with all the bottles, has now offered to take up his case in the court. HUL has been served a legal notice in this regard.

HUL has officially declined to comment on the case citing the subject to be sub judice, but our sources inform that the company was worried over the possible outcomes of the case. The company might argue that Vaibhav was hopelessly unattractive and unintelligent and didn’t possess the bare minimum requirements for the Axe effect to take place. Officially HUL has not issued any statement, but legal experts believe that HUL could have tough time convincing the court.

“HUL might be tempted to take that line of argument, but it is very risky. There is no data to substantiate the supposition that unattractive and unintelligent men don’t attract women. In fact some of the best looking women have been known to marry and date absolutely ghoulish guys. I’d suggest that the company settles this issue out of court.” noted lawyer Ram Jhoothmalani said.
Click to expand...

So, How many of you have applied Axe deodorant/perfume in the hopes of attracting a women/girl??. I think a lot of Indians might have done this and I include myself as one of them when I was a teenager (I still use one :blum3: once in a while). What about you?.

The day i put one of my better perfumes, my wife questions me where i am going???
S

Hi I'm new to this forum and thought I would share an intesting experience.

A year of so ago whilst I was backpacking through Asia, I had an interesting experience at the Chinese border. I was in northern Laos trying to get to China. The border crossing I choose was in the mountains and extremely isolated. I got to the crossing late at night so decided to bunk down on the Laos side. Interestingly, I hooked up with an American girl that afternoon who had the same intentions as me.

I presented my passport (Aussie) first. Thereafter, I (and my passport) got the most intense scrutiny that I have ever received (I have been to more than 60 countries and have essentially been always waved through). I (and my passport) was interrogated about an hour with the guards even calling Beijing. You see although my ancestors left India more than 120 years ago, I am for all intents and purposes (name, looks, religion etc) still Indian and the guards probably thought I was some Indian spy or military type (I have a number one hair cut, am about 193cm and have always worked out etc etc). I hammed it at times and was also vague as I was enjoying the whole charade and for adding to their discomfort.

After finally getting waved through, it was my American friends turn. I thought she would get waved through but to my amazement and enjoyment, she was subjected to a more thorough and lengthy scrutiny than me. I think the guards probably thought we were spies and had visions of getting commendations from the party for stopping us.

I waited for more than 2 hours for her to get cleared – the Chinese actually called the American embassy in Beijing to check her out. When she was finally waved through we made our way into China.

Sinjin said:
As we crossed the border on foot and approached the Chinese side, there was a lot of consternation and activity at the Chinese border post. I think we were the first foreigners they must have seen.
Click to expand...

Perhaps they were new to seeing foreigners who usually choose international airports as port of entry into other countries, it might seem odd to them. Since you and the american girl were not mongoloid looking, their hesitation about you guys might be genuine.
S

Yes perhaps. Although my American friend was Vietnamese American which probably made things worse as, although her surname was Vietnamese, she was American. Maybe this threw them as well - An Indian and Vietnamese spy trying cross into the middle kingdom!!

Medical Checkup in US

This is about an embarrassing incident that I have faced in US when I went for a complete medical check up.

I have made an appointment for a medical check up in Johns Hopkins Hospital as it was in the same place where I was working (JHMI). I went there at the time allocated for my appointment and my weight, pulse, blood pressure was measured by the doctor's assistant before being sent into doctor's chamber. Before this I was also asked to fill up a form which asks about the medical/health details about the person. The form was kind of a questionnaire where you are asked a question and you had a multiple choice from which you had to tick against one choice. One funny or rather embarrassing question was "Did you participated in homosexual activities?". I duly filled up the form and was ready for medical checkup.

Doctor asked me more about my health/lifestyle/personal details like if I had a girl friend, if I had sex etc and some more embarrassing questions which I cannot type here. This was completely different from the way it happens in India where you are not asked such intrusive questions unless required or pertinent to some disease afflicting the patient. But the most embarrassing thing was when the doctor asked me to strip completely so as to check my ribs, spine, flexibility of legs/arms, any surgeries and finally private organs as well .

My health was in perfect shape according to doctor.

I'm sharing this openly so that I can ask if anyone else in US has faced same situation or it differs from hospital to hospital.