Washington (CNN)Chinese officials warned a US military aircraft flying near South Korea Sunday, telling its pilots that they were illegally operating in Chinese airspace and ordering the American plane to leave, a US defense official told CNN.

The pilots of the US Air Force B-1B Lancer bomber responded to the Chinese air traffic controllers, saying that they were conducting routine operations in international airspace and did not deviate from their flight path, according to US Pacific Air Forces spokesman Maj. Phil Ventura.
The bombers had entered a controversial Chinese Air Defense Identification Zone (ADIZ) in the East China Sea,which covers a disputed island chain and overlaps with airspace claimed by Japan and South Korea.
The ADIZ declaration required airlines flying over the designated waters to first notify Chinese authorities before transiting. The US and Japanese governments do not recognize China's claim on the area.

"Pacific Air Forces ... did not recognize the Chinese Air Defense Identification Zone (ADIZ) when it was announced in November of 2013, and does not recognize it today," Ventura told CNN.
"The ADIZ has not changed our operations."
On Thursday, China's Ministry of Foreign Affairs spokeswoman said she wasn't aware of the specific incident but said that setting up an ADIZ was the right of a sovereign nation.
"The United States has its own ADIZ. The US should respect the right of other countries to set up ADIZ," spokeswoman Hua Chunying said.
China established the zone despite objections from Tokyo and Washington. A US report from last year suggested that it was not being fully enforced.
Tensions have flared numerous times over the Senkaku Islands, which China calls Diaoyu Islands, including face-offs between Japanese and Chinese warplanes and ships.
The US plane was flying 70 nautical miles southwest of South Korea's Jeju Island. 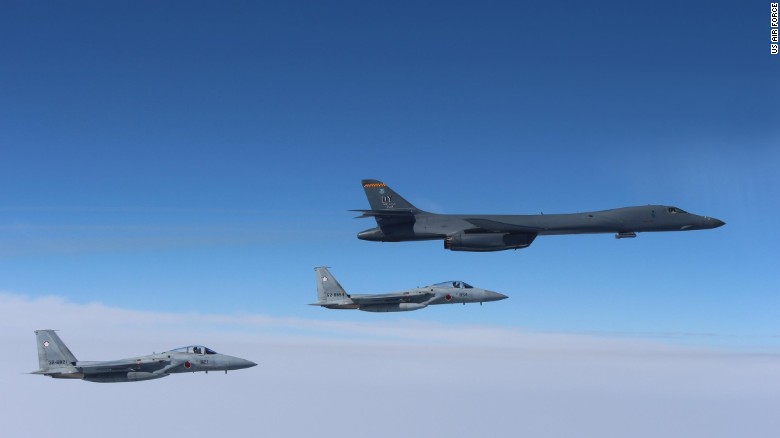 A US Air Force B-1B Lancer flies in formation with Japan Air Self Defense Force F-15s on March 21.
According to the US Air Force, the Guam-based B-1 bomber was conducting a series of training missions with Japanese and South Korean military aircraft.
"Our increased cooperation enables our combined forces to rapidly react to counter aggression against Japan and other allies and partners," said US Maj. Ryan Simpson, the Pacific Air Forces bomber operations chief, in a statement announcing the training mission.

Chinese warning department strikes again, this time US is their target.

lcafanboy said:
"Pacific Air Forces ... did not recognize the Chinese Air Defense Identification Zone (ADIZ) when it was announced in November of 2013, and does not recognize it today," Ventura told CNN.
Click to expand...

What a response. Xi must be shivering in his pants.

This is not the first the first time US or Japan sh*t all over the ADIZ & it is certainly not going to be the last.

Chinese are turning into Akhmed the terrorist. They keep repeating. 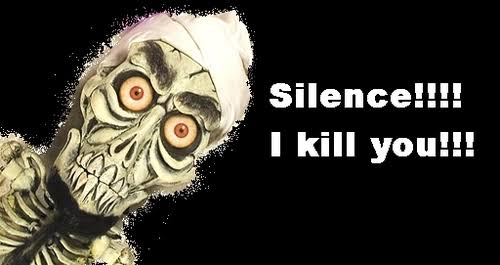 South China Sea and 'east China sea' (whatever that is) is not China's backyard. Chinese 'domination' of these area is a myth that Chinese like to tell themselves to sleep peacefully

http://nationalinterest.org/feature/if-the-us-china-go-war-the-battle-the-senkakus-16380
China, may not have ability to fight USA just yet however this book doesn't account for missiles & esp the type 22 missile boat||It is 55% accurate I would say China would prefer not to fight yet & India would not want to fight US Navy ie 5th fleet yet either||

He basically analyzes that the only country vulnerable to a closure & in need of SCS control is China||
Hence, this entire debacle is attempt to entrap & control China||

The picture in the opening post depicts the Rockwell B-1. This looks like the Tupolev-160, but is smaller.

On topic: What if PRC shoots down a USAF plane, like Turkey shot down a Russian Sukhoi-22?

lcafanboy said:
"Pacific Air Forces ... did not recognize the Chinese Air Defense Identification Zone (ADIZ) when it was announced in November of 2013, and does not recognize it today," Ventura told CNN.
Click to expand...

That was a massive burn. One of epic proportions.

pmaitra said:
The picture in the opening post depicts the Rockwell B-1. This looks like the Tupolev-160, but is smaller.

On topic: What if PRC shoots down a USAF plane, like Turkey shot down a Russian Sukhoi-22?
Click to expand...

Sir what are the chances of that happening? I'd say extremely slim to none. Unlike say, MH17 which was shot at because it was flying directly above an active war zone. This is merely 'claimed' by China. This has happened before and will happen again. I'm not sure any country would fire off a SAM at aircrafts without attempting to scramble fighters during peacetime. China would first attempt to scramble fighters to intercept rather than directly firing off a SAM don't you think? Chinese have scrambled fighters to escort US aircrafts before. Same case with Japanese aircrafts, at times, the scrambled fighters achieved lock on before disengaging. If they were serious about it, They would have fired at them already. I don't buy into the myth that China is 'patient' and everyone else around her is testing its limits. After numerous 'warnings' THAAD launchers have already arrived in SK. Will China follow up and make good on its threats? I dont think so. As Long as the status quo is maintained, China, Japan and SK wont take any drastic steps. They will just let off the usual rants to remind everyone they haven't forgotten the issue.

Not too much to be worried about, tbh.