Chinese medicine has caused kidney failure and even cancer. So how safe are these?

Chinese medicine has caused kidney failure and even cancer. So how safe are these popular 'cures'​
http://www.dailymail.co.uk/health/article-1254746/Chinese-medicine-caused-kidney-failure-cancer-So-safe-popular-cures.html​
http://www.dailymail.co.uk/health/article-1254746/Chinese-medicine-caused-kidney-failure-cancer-So-safe-popular-cures.htmlhttp://www.dailymail.co.uk/health/article-1254746/Chinese-medicine-caused-kidney-failure-cancer-So-safe-popular-cures.html

For five years, Patricia Booth took a Chinese herbal remedy for a skin complaint. As a result, she has lost both kidneys and developed cancer of the urinary tract. 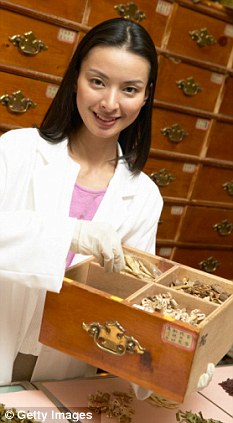 Unregulated: The Department of Health has failed to meet its pledge to regulate Chinese medicine​
The senior civil servant from Essex has had to give up her job, as she spends three days a week in hospital undergoing dialysis. For the rest of the time, Patricia, 58, is housebound.

As the Old Bailey heard last month, the remedy she’d been sold contained aristolochia, a Chinese herb that should only have been given under prescription when she first bought it, and which was later banned.

It is a shocking story, but even more shocking is that it almost exactly parallels the experience of catering manager Sandra Stay.

Her kidneys were destroyed by a Chinese remedy containing the same contaminant. She, too, is on dialysis.

In both cases, the herbalists involved walked free from court proceedings, leaving their patients sentenced to lives of pain and misery.

What makes it even worse is that Sandra’s story occurred ten years ago, highlighting the Government’s shameful lack of action in the intervening years.

In 2001, the Department of Health declared it was moving to tackle the problem by putting Chinese herbalists under the control of a new regulatory professional body; yet nine years later, despite calls from experts - including herbalists themselves - to regulate the practice, nothing has been done.

As a result, anyone can set up a Chinese herbal medicine shop - there are an estimated 6,000 in the UK without any professional regulation or oversight into what they are doing - with potentially terrifying consequences.

For instance, aristolochia, which destroyed Sandra’s and Patricia’s lives, is still being sold to unwitting British patients, despite being legally banned.

The Government’s own drug safety agency, the Medicines and Healthcare products Regulatory Agency (MHRA), has said it is pursuing two new cases involving aristolochia. The agency warns that some practitioners may still be unaware that the ingredient is illegal and dangerous. It may also be hidden in cheap imported medicines of dubious origin. 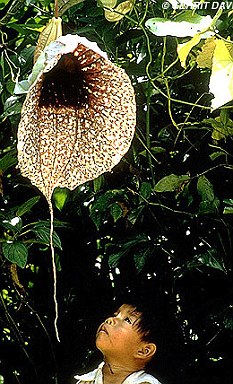 Banned: Patricia Booth and Sandra Stay were poisoned by the Chinese herb aristolochia, pictured​
It’s not only aristolochia that is worrying experts. The MHRA has investigated other cases where patients have fallen ill or died after being sold Chinese herbal potions and pills that either contained, or were contaminated with, illegal substances, such as poisonous plants, asbestos, heavy metals such as mercury and even powerful Western medicines (to boost their potency).

Tests on the product, Jia Yi Jian, revealed huge doses of two drugs prescribed by doctors for obesity and impotence. The levels were high enough to cause serious side-effects, including heart and blood pressure problems.

Researchers for the Arthritis Research Campaign recently warned that a Chinese herbal medicine for rheumatism contains thunder god vine, which is extremely poisonous if not extracted properly.

The MHRA admits there is ‘no entirely reliable way of telling whether a traditional Chinese medicine is safe at present’ because ‘standards of safety, quality and product information’ in Britain are so erratic.

But it is not just the West that has problems. A few years ago, the South Korean authorities destroyed 871 tonnes of imported Chinese herbal medicine ingredients because of excessive levels of toxins.

There is no doubt of the huge appeal and potential of Chinese herbal medicine. Many patients say it has safely cured or alleviated their conditions.

Traditional Chinese medicine has been assiduously developed over more than two millennia and Western medicine is increasingly delving into its secrets.

The German drugs giant Merck, for instance, has been studying Chinese herbs to develop pioneering cancer drugs. Trials of an extract of one herb by the company Hutchison China MediTech show significant promise for ulcerative colitis.

But strong medicinal herbs can harm as well as cure. This is especially true when their quality and use is still not properly regulated, as Sandra Stay discovered to her cost.

In 1998, Sandra, a mother of six from Hove, East Sussex, consulted a Chinese herbalist about her psoriasis. Conventional medicines failed to clear the skin problem, so she tried Chinese medicine.

‘They were cream, shiny pills, 15 in the morning, 15 in the evening,’ she recalls. ‘It cost me hundreds of pounds over the three years that I took them, but they did seem to work. So I bought them when I could afford them.’

But Sandra’s health began to decline. She started vomiting every day and suffered from blinding headaches and giddiness, which could last for days.

Her GP referred her to a specialist, but her illness confounded doctors for weeks, until tests revealed her kidneys were severely damaged. They were removed and she now undergoes dialysis three times a week.

‘Before I was poisoned, I was very active. I worked as a catering manager at racetracks. It was my social life as well as my work.’

When she read of Patricia’s case, she says she ‘felt terrible’. ‘It was a great shock to learn that this was still happening,’ she says.

In Sandra’s case, the owners of the clinic were taken to court twice, but were ultimately acquitted because, although officials had found the herb on their shelves, it could not be proved that they had sold it to Sandra. The jury also accepted that the store had taken measures to ensure its medicines did not contain aristolochia.

Judge Jeremy Roberts said that, as the sale of traditional Chinese medicines was unregulated by any professional body, there was no evidence that Ying knew of the potential harm. He added: ‘There may be a gap in our law here which the Government might wish to address.’

It is more of a chasm than a gap. As well as the quality of the remedies, another concern is the qualifications of the practitioners and their ability to diagnose.

When we visited ten Chinese herbalists complaining of classic migraine symptoms, half of them diagnosed problems, from ‘manhood’ difficulties to ‘damp’ or ‘fire overdose’. The others, reassuringly, correctly diagnosed migraine.

Dr Debbie Shaw, a toxicologist who is the head of the Chinese Medicine Advisory Service at Guy’s Hospital, has studied 40 case reports of liver damage caused by herbal medicine.

‘As a whole, Chinese medicine is relatively safe,’ she says. ‘The problem is that there are a few highly toxic things that unfortunately have had very severe effects on people.’

Dr Shaw is convinced that, with proper regulation, these problems could be tackled. As she’s been telling ministers - for the past 14 years.

‘We wrote our first official report on this for the Government in 1996. We recommended that herbal practitioners should have proper registration,’ she says. ‘I have no idea why they have been dithering for all these years.’

They certainly have been dithering. Back in 2000, the House of Lords Committee on Science and Technology called for statutory regulation of practitioners and to make them accountable for the quality of medicines they prescribe.

In 2001, the Government said it should go ahead. A timetable was announced, which would have seen regulation implemented in 2005. But it didn’t happen.

Of this latest consultation, a Department of Health spokesperson says: ‘We received between 5,000 and 6,000 responses and we are working through these to see what the way forward should be.

'Our response will be published as soon as possible. We won’t pre-empt the outcome, but safety will be our main concern in making decisions.’

The results are expected this summer. The practitioners say that the need for action is now urgent, but given the Government’s foot-dragging, they are worried and sceptical.

Michael McIntyre, chairman of the European Herbal and Traditional Medicine Practitioners Association, has criticised the Government’s ‘abject failure’ to provide regulation of herbal medicines sold in Britain. ‘It is time to stop talking and start acting,’ he said.

All the professional organisations affected are keen for laws that help them improve safety.

As far back as 2005, the Association of Traditional Chinese Medicine, which has more than 700 members, warned that ‘dodgy and fake’ practitioners were damaging the image of Chinese medicine. This sense of urgency is fuelled by a fast-approaching deadline.

Under EU rules that came into force last April, by 2011 all medicinal herbs must be officially certified as safe before being sold. The regulations aim to ensure quality control, reporting of adverse effects and proper labelling of contents. All of this is long overdue.

The regulations also ban unregulated health practitioners from commissioning or formulating their own medicines. This would effectively put thousands of Chinese health practitioners out of business, no matter if they have been working safely and ethically for years, says Emma Farrant, the secretary of the 450-member-strong Register of Chinese Herbal Medicine.

The solution, says Farrant, is to introduce professional regulation for Chinese herbal practitioners before the 2011 deadline.

However, this is being opposed by some leading doctors and scientists, including the Academy of Medical Royal Colleges and the Medical Schools Council, because it may give Chinese practitioners an air of authority they consider unmerited.

This professional reservation - and government dithering - means it may be a while before we finally unravel this particular Chinese puzzle.

That will bring no comfort to malpractice victims such as Patricia or Sandra; nor will it safeguard the livelihoods of Chinese herbalists who practise safely and ethically - and nor, ultimately, will it do anything to help us, the poor patients stuck in the middle.
You must log in or register to reply here.
Similar threads
Chinese patients head to India for latest medicines after domestic crackdown
Chinese Medicine - PRC Style
Chinese, Irish, Japanese scientists share 2015 Nobel Prize for Physiology or Medicine
Prince Phllip: threat to wildlife by traditional Chinese medicine
Share:
Facebook Twitter Reddit WhatsApp Link