China’s Technological Domination Over The World Is Inevitable

China’s Technological Domination Over The World Is Inevitable
The United States will not be able to do anything about it. 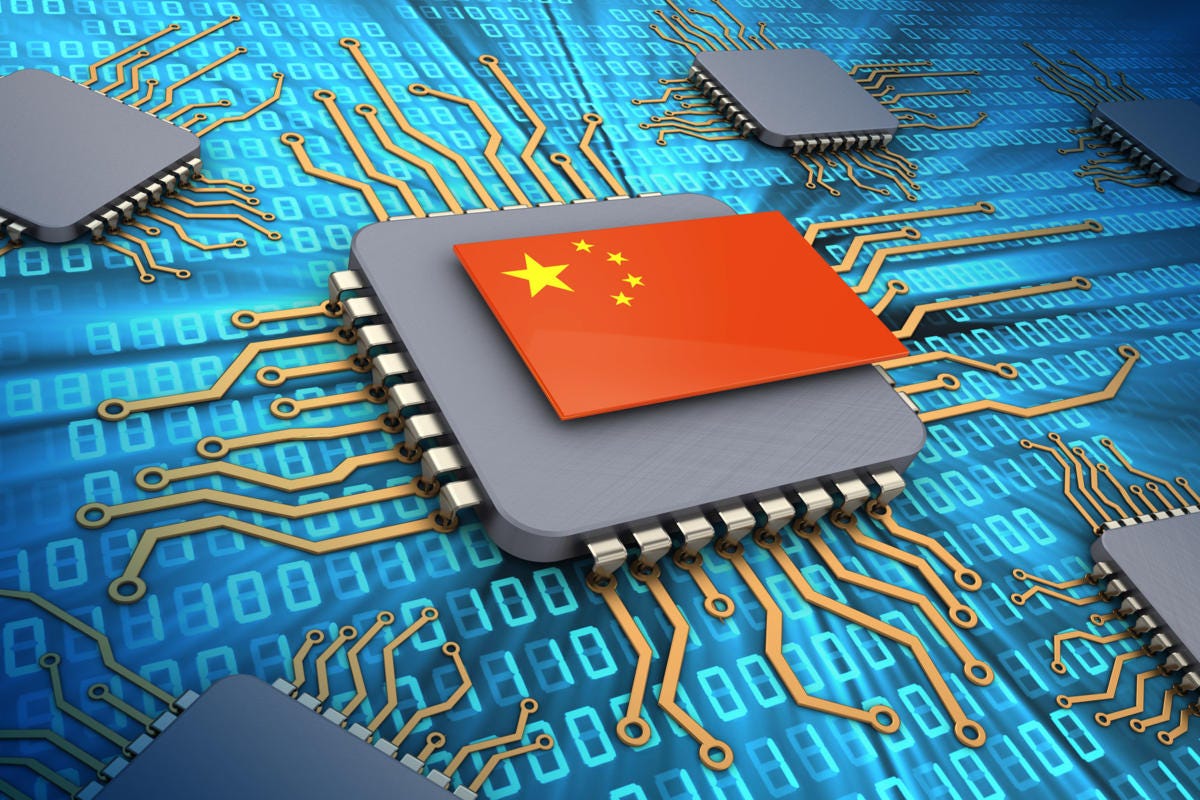 China has long been seen by the United States and Europe as a mere producer of low-cost products that blatantly copied Western brands. All this was true during the 1990s and 2000s. China then specialized in this field where its cheap labour has done wonders.

Nevertheless, during the decade of 2010, something changed and China gradually became a real competitor to the United States and Europe in terms of innovation. China’s ambitions are now confirmed in all areas: artificial intelligence, biotech, renewable energies and communication technologies.

Xi Jinping’s China is changing at a phenomenal rate and the plan “Made in China 2025” to make China a great industrial power has never been on such a good path as it is today. The United States, under the leadership of Donald Trump, is trying to react with increased protectionism and a trade war against China.

Nevertheless, I have the feeling that it is already too late. I will show you that through two fields: communication technologies and cryptocurrencies.

Huawei Stands As A Symbol Of China’s Transformation
Huawei was finally the last straw in the trade war between the United States and China. Founded in 1987, Huawei has experienced a dizzying rise in the world of telecommunications.

First of all, on its historical business: that of providing telecommunications networks to operators.

Then, Huawei chose to go further by becoming a provider of digital solutions via terminals, networks or cloud solutions.

In the world of smartphones, Huawei was first of all content to copy the leaders Samsung and Apple while lowering prices as much as possible to attract more and more users.

As a result of gaining credibility and establishing its position, Huawei then began to innovate to the point of producing smartphones with features superior to those found at Samsung and Apple.

Huawei’s plan is to become the world leader in smartphone sales by 2022.

The banning by the United States of Donald Trump concerning Huawei does not even seem to be able to thwart the Chinese company’s plans since its sales figures are still insolent.

Huawei is the very symbol of China’s technological ambitions: dominating the world.

China Is Dominating 5G Race
Huawei has perfectly anticipated the emergence of 5G technology. The Chinese company thus has a colossal lead over its competitors in terms of patents and technological expertise.

The United States has been without a solution since Huawei was banned from its soil.

This ban was imposed following accusations of espionage against Huawei and China in general by the United States.

By forcing U.S. companies to stop working with Huawei, the United States hoped to put pressure on Beijing in the context of the trade war but also to slow Huawei’s phenomenal growth.

So far, the United States has not been able to do so.

Huawei is an extremely powerful company and Europe realises, for example, that it would be considerably delayed if it were to do without Huawei’s equipment as part of the 5G deployment on its territory.

Nokia and Ericsson have a certain expertise in 5G Technology, but they are light years away from Huawei.

Most European countries will therefore have to decide to trust Huawei for 5G. These countries will have no choice and this is precisely what China wanted with its plan “Made in China 2025”.

China Is Already Working On 6G
While 5G is still in its infancy in terms of global deployment, China is so far ahead of 5G that it can already afford to focus on the following evolution: 6G.

The research group launched in China is already preparing for the post-2030 period with 6G. This last evolution promises to make transmissions faster for reaching terabytes per second.

Behind China and Huawei, the other world manufacturers are trying to organize themselves since Ericsson and Nokia have for example signed technological partnerships with SK Telecom and Samsung concerning 5G but also research work on 6G.

It is a long time ago when China was content to copy its American and European neighbors.

China is now leading the way in innovation, as this example from the world of telecommunications shows.

The tense situation between the United States and China combined to China’s possible lead over 6G even made some people fear the emergence of two-speed worlds for telecommunications in the future. Indeed, 6G technology may remain the prerogative of China and not become an international standard such as 4G and 5G for example.

China Is Already Working To Launch Its Own Cryptocurrency In 2020
Facebook’s Libra project has made a lot of headlines since it was made public in mid-2019. The United States and Europe immediately rose up against Facebook and Mark Zuckerberg’s attempts to step on the countries’ toes by wanting to control their own digital currency.

Libra is facing unprecedented hostility from U.S. and European regulators.

Well aware of the breach that is being created, Xi Jinping’s China has made the Blockchain a national priority for the country’s future since October 2019.

While cryptocurrencies, and often by extension the Blockchain, were blamed in China in the past, Xi Jinping’s strategic shift changed everything.

China is now working on launching its own global cryptocurrency that Xi Jinping would like to see used in emerging countries.

This is strangely enough the target that Facebook’s Libra was targeting first and foremost.

Since nature abhors a vacuum, China could very well succeed in what the Libra project hoped to succeed before being blocked by the U.S. and Europe.

Faced with China’s desire to launch its own global cryptocurrency in 2020, Europe seems to be making some progress on the subject, with France in particular talking about launching the same experiment at national level in 2020.

Nevertheless, all this should not be able to thwart China’s ambitions in this other technological field, which it hopes to dominate in the future too.

Conclusion
China has long been rightly seen as the world’s factory. This strategy was used by Xi Jinping’s predecessors to accelerate the country’s economic development. However, since the early 2010, we have been witnessing a real technological shift with China innovating more and more in order to become the world’s leading technological power by 2025.

In fact, China’s ambitions are also the same in economic and military terms. As far as technology is concerned, nothing can prevent China from becoming the dominant technological power in the world instead of the United States.

Sooner or later, China will take on world leadership in the same way that it has succeeded in doing so with Huawei in the field of telecommunications and is about to do so in the world of state-backed cryptocurrencies.

US is losing 5G 'commercialization race' to China, says former US Treasury Secretary
The US is still a leader in hi-tech research, says Hank Paulson, but it lags behind China when it comes to deployment
Published 2 days ago

Although the US remains a world leader in hi-tech research and development, its failure to quickly commercialize high-end tech like next-generation 5G networks has seen the country lag behind China in the tech race, according to former US Treasury Secretary Hank Paulson.

Although cutting-edge technologies like AI algorithms and machine learning techniques can make everything faster and more efficient, their practical use needs the support of 5G, which is considered the transmission and distribution infrastructure to enable these technologies to perform optimally, Paulson wrote in an op-ed for The Washington Post published on Tuesday.


“While our universities and tech firms still lead in cutting-edge innovation – from artificial intelligence to 5G wireless technology – it is China that has deployed them. The United States is losing the commercialization race, a failure of our own making,” said Paulson, who also serves as chairman of the Paulson Institute. He added that the US must urgently confront these shortcomings to make up for lost time and opportunities.

Beijing’s goal to dominate tech industries under its Made in China 2025 plan, which includes dedicated investments in hi-tech areas including semiconductor design and fabrication, has been dealt a setback by the US-China trade war, with a number of advanced manufacturing sectors experiencing weaker demand.


5G, a technology crucial to reaping increased economic benefits from connecting billions of devices and building new services in the future, is one of the key issues that has entangled the world’s two largest economies and deepened the trade war after Huawei Technologies was banned from supplying the latest telecom equipment to the US and some of its allies.


On December 5, Shenzhen-based Huawei launched a legal challenge against the US Federal Communications Commission’s (FCC) decision on November 22 to ban carriers in rural America from tapping the Universal Service Fund (USF) to buy the Chinese telecom giant’s network equipment, adding to its earlier legal battles with US authorities.


The US government sees Huawei, the world’s largest telecom equipment vendor and the largest 5G equipment supplier in terms of market share, as a security threat due to its close ties with the Chinese government, an accusation the Chinese company has long denied.

Paulson’s concerns are contrary to Larry Kudlow, US President Donald Trump’s top economic adviser, who said in July that the US was ahead of China in terms of 5G development.


“We are ahead of the rest of the world in this country, by far,” Kudlow, director of the National Economic Council said following a meeting with executives from US technology companies in July.


CTIA, a Washington-based wireless industry association, said in April the US was tied with China for the top position in the global 5G race and was no longer a laggard.


Beijing’s industrial policy and China’s private sector are racing to propel the commercialization of 5G and the technologies, products and services it enables, not only for China but for nations that would welcome Huawei’s 5G, Paulson wrote. He said as Washington has stalled, even China’s state-owned enterprises have deployed quickly, with some 150,000 5G base stations planned to be erected by the end of the year, about 15 times what the US will have.

“America has no domestic manufacturer of 5G equipment, so it must rely on European or Chinese suppliers. China already has Huawei and ZTE,” said Paulson. In China, 5G is already available in more than 50 cities, while in the US there is only 5G E, which is no substitute for a truly competitive 5G network, he added.


“We need a catch-up strategy to close this gap quickly. And it’s time for an honest assessment of how our government has let our innovators and businesses down,” Paulson said.


The US government is putting real money behind its effort to curtail the footprint of Chinese equipment vendors. A new agency, called the US International Development Finance Corporation, plans to tap some of its US$60 billion budget to help developing countries and businesses purchase equipment from other companies, according to a Bloomberg report earlier this month.