Google has acknowledged that the Chinese government asked it to disable a search feature with the goal of censoring pornography, but it still won't say whether the government ordered tighter censorship around the 20th anniversary of the Tiananmen Square massacre.

The New York Times reported Friday that Chinese government officials ordered Google to remove the search feature--known as Google Suggest--that displays related search terms based on the original query typed into the search bar or face unspecified punishment. Apparently some queries brought up related results with suggestive implications, leading to criticism from China's state-run media and government officials prior to Friday's move.
Google has long faced a difficult dilemma in China, reconciling the Chinese government's insistence that Internet companies censor their products with the company's desire to improve the world's access to information; not to mention the demands of shareholders for profits.

For several days, Google.cn blocked all results for searches on Tiananmen Square, including ones that were entirely unrelated to the events of that day in 1989. Those results, such as travel-related sites, were restored last week.
In this case, however, Google was quite willing to state that it met with Chinese government officials to "discuss problems with the Google.cn service and its serving of pornographic images and content based on foreign language searches," a Google representative said in a statement.

The company is also putting some serious effort into making sure it complies with China's antipornography drive. "We are undertaking a thorough review of our service and taking all necessary steps to fix any problems with our results. This has been a substantial engineering effort, and we believe we have addressed the large majority of the problem results," Google said.

Just in case those efforts don't work, China still plans to require PC companies to install desktop monitoring software later this year, according to a separate report in The New York Times debunking claims earlier in the week that China was reconsidering the requirement in the wake of security problems with its Green Dam software.

Perhaps, CCP thinks that their citizens are not adults enough .
J

Chinese do believe in GOD but the establishment not . 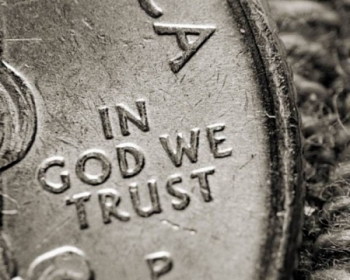 the PRC is getting weirder by the day waht next on $**X with girls shh.... give me a brake

I think it should be established as a rule that no matter how much the governments crack down, boys will find a way to get some.

Not like it was legal when i was in 8th standard, buy we found a way.
K

and yes access to internet definately gives you much more freedom

no wonder badguy2000 is always in bad mood!

I Family 1 Child
Now no Porn:angry_1:

May be this is ploy to strengthen the 1 Family 1 Child :emot180:

Get rid of condom. That reduces pleasure! :emot100:

Does Baidu block such content too?
You must log in or register to reply here.
Similar threads
China Claims Quantum Supremacy With Computer 10 Billion Times Faster Than Google's Prototype
Military Installations of China, Pakistan & other countries on Google Earth
Google may return to China with Android app shop
China is Worried Over Google's Control in Smartphone Industry
Share:
Facebook Twitter Reddit WhatsApp Link