China incursions into Indian territory rise, but numbers lower than in 2014

China incursions into Indian territory rise, but numbers lower than in 2014


India continues to claim China is in unlawful possession of Namka Chu, Sumdorong Chu and Longju.

India and China share an uneasy relationship across a 3,488-kilometre Line of Actual Control (LAC) and the two countries were locked in a 73-day-long standoff in Doklam in Bhutan, near the tri-junction of the three countries.

The standoff was resolved in August.

The data on incursions, accessed from security agencies, show that they are almost exclusively concentrated in Pangong Tso, Chumar, Samar Lungpa, Kongka La, Spanggur Gap and Mount Sajum in eastern Ladakh sector, Kaurik in Himachal Pradesh and the so-called finger area in Sikkim.

When India and China exchanged middle sector maps in March 2002, differences in how the two countries saw the LAC was evident in four areas—Kaurik, Shipki La, Pulam Sumda and Barahoti plains. Maps on the western sector were not exchanged (although they were shown).

A comparison of the Chinese and Indian maps showed differences (in how the two countries define the LAC) in 12 areas of the Ladakh sector: Samar Lungpa, Tri Heights and Depsang Bulge, Kongka La, Spanggur Gap, Mount Sajum, Dumchele, Demchok and Chumar.

The Chinese claim 70,000-90,000 kilometers of the eastern sector and maps on the sector were neither shown nor exchanged. However, India continues to claim China is in unlawful possession of Namka Chu, Sumdorong Chu and Longju.

The India-China expert level group identified eight areas in 1995 as mutually disputed: Trig Heights and Dumchele in Ladakh, Barahoti in Uttarakhand, Namka Chu, Somdorong chu, Yangste, Asaphi La and Longju in Arunachal Pradesh. Although the Chinese army conveyed its unhappiness over events leading to the Doklam stand-off, Beijing’s top diplomatic interlocutors have indicated that the resolution of boundary issue is not a top priority for China as it has other pressing issues on the table, according to people familiar with the matter in South Block.

Even during the Special Representative dialogue between the two sides on the boundary issue on December 21, Chinese interlocutor Yang Jiechi told his Indian counterpart Ajit Doval that Beijing is for peace and tranquility on the border and against any aggravation. 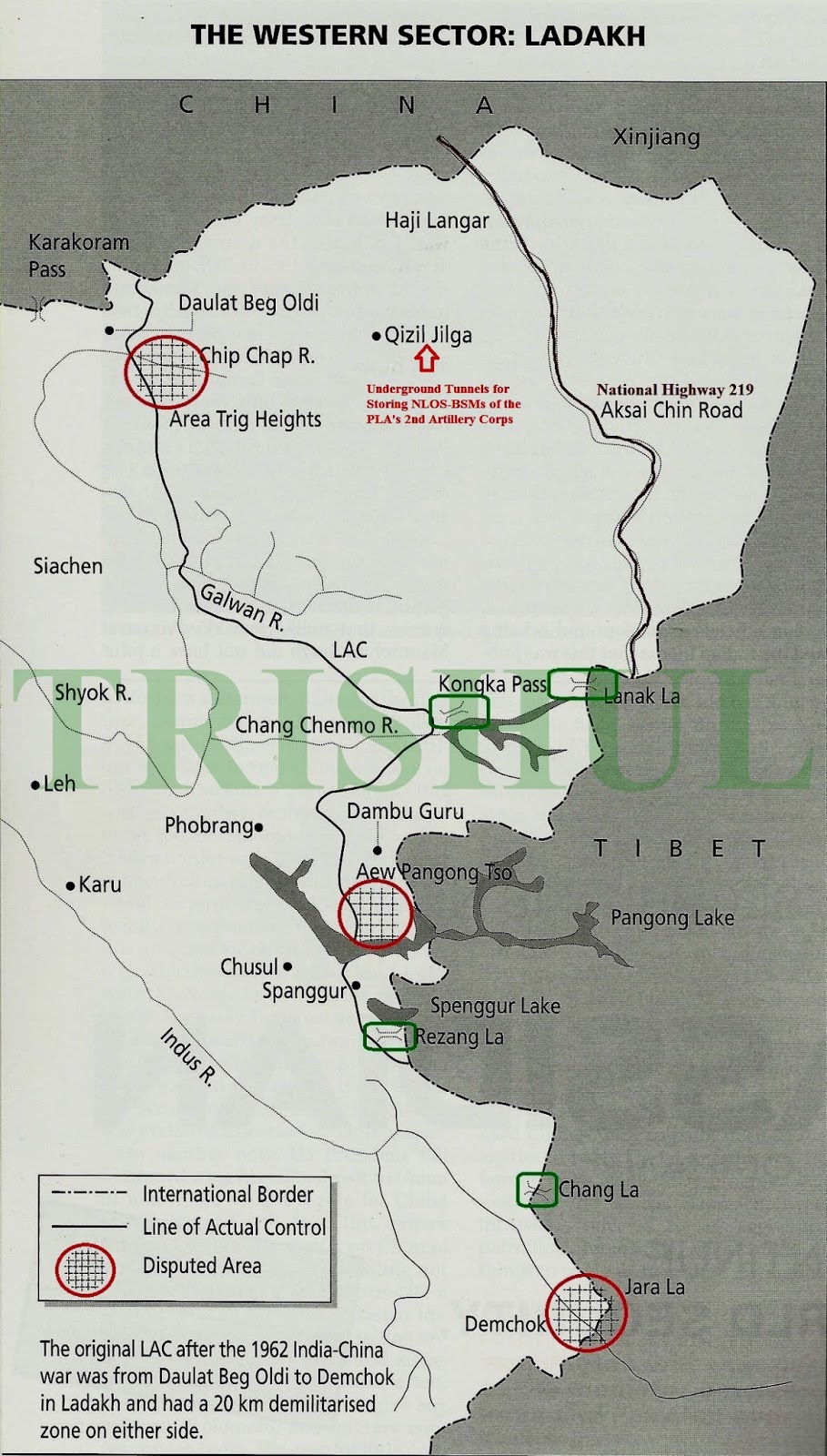 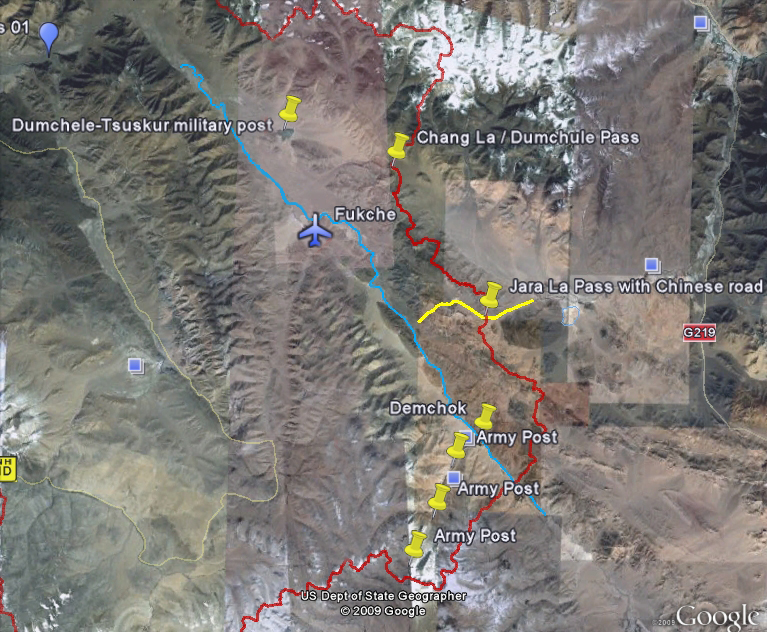 GUWAHATI: Taking a leaf out of the 70-day Doklam standoff, the Indian Army had immediately ordered movement of troops to the McMahon Line in Upper Siang district of Arunachal Pradesh after Chinese road building workers and machinery were spotted by a porter on December 28.

However, the soldiers had to walk for 19 hours to reach the point of incursion.

As many as 120 Army personnel were deployed on the border with ration that could last 30 days. With no roads to the border and no animal transport at disposal, the Indian Army pressed into service a company of 300 porters that was raised long back to carry ration for the soldiers.


"The initial reading was that the Chinese might be planning to open up another area of dispute after Doklam. We were certain that it would be a long haul, especially after the Doklam standoff, and moved our troops immediately on December 28," said a defence source.

On the other hand, personnel of Chinese PLA, who had come to the point for a flag meeting on January 6, drove right till the border. The issue was resolved instantly and the Chinese men returned along with machinery that was damaged by the locals.

The Chinese civilian workers, who had come for the road building work, had fled leaving the machinery after they were spotted by the locals. "But what if they had come back with the Chinese PLA in large numbers? We had to take immediate preventive measures and our first task was to stock our resources. But there were challenges and difficulties," the source said.

To cope with the initial hours before the porters arrived, the Army airdropped 100 packets of ready-to-eat meals and 30,000 packets of chocolates as a source of energy for survival in the cold and rugged heights of the LAC.

"Initially, there was no source of water and so we airdropped jerrrycans of water for the soldiers. The porters have a tough job. Each of them can carry about 10 to 15 kg of ration and have to take rest before coming downhill for the second trip up. We sent up ration for 120 men that would last them up to 30 days. Each soldier roughly requires 1.5 kg of ration, which includes water and kerosene," the source added.

He said the Chinese have an advantage of terrain and topography.

(This article was originally published in The Times of India)

A writer argues that long before the 1962 war, China had hardened its position against Nehru and prepared itself militarily

On February 24, 1962, the Indian army established an outpost at Dhola in the gorge of Namka Chu river where the borders of India, Bhutan and Tibet intersect. For centuries, the region on that trijunction has been in use for traders who brought meat, herbs, rare spices and gems from the Tibetan people to the Indian subcontinent. Travellers and monks have left their signs in the gigantic mountains nearby in the form of holy sculptures and stupas. Yet, when India erected that outpost, it attracted a backlash from China as Beijing countered that Dhola was beyond the McMahon Line. This was one of the crucial points scholar and journalist Neville Maxwell highlighted in his much discussed book, India’s China War.

In China’s India War: Collision Course on the Roof of the World, author Bertil Lintner has given a counterpoint.

With thorough fieldwork study and research, Lintner shows that the Chinese were preparing for a great war with India for years before the Dhola outpost or even the 1959 arrival of the Dalai Lama in India. While Maxwell’s arguments were focused on what India did to provoke China, Lintner shows that China had progressively hardened its position against Jawaharlal Nehru and prepared itself militarily to counter what it perceived as India’s continuation of the interpretation of the India-Tibet border according to the 1914 Shimla Agreement.

Even before the war, Beijing in a publication described the McMahon Line as ‘notorious’ — that was agreed upon between the British and the Tibetan authorities ‘behind the back of the representatives of the Chinese Central Government’. Maxwell had agreed to the Chinese argument of deceit. But Lintner goes a step ahead and demolishes the argument of ‘deceit’ by citing the records of the Shimla Convention, which revealed that the Chinese delegation led by Chen Yifan or Ivan Chen was preoccupied with the larger issues of sovereignty over Tibet and was unprepared for the technical discussions that followed. Lintner shows that China’s persistent argument against Nehru and his following of a colonial era agreement overlooked the fact that they were not prepared for the Shimla Convention as the main delegate himself had no idea of where the India-Tibet border was located. He shows that the Chinese delegation was well qualified but did not have the ground work that is necessary for such a major discussion.

With detailed research, Lintner explains that apart from the obvious Chinese plan to camouflage their team’s below par performance at the Shimla Convention, there were a series of interconnected events that had indicated that the Chinese were ready for a major military confrontation. The issues regarding the outpost at Dhola or the ‘Forward Policy’, fall apart when faced by the enormity of Lintner’s argument.

Lintner, who has researched the book for years, has mixed extensive travel in Arunachal Pradesh, West Bengal, and the Kachin, Shan states of Myanmar, Nepal, Bhutan and, of course, China and has presented a picture, which is not imbued with the pronounced tilt towards China that is apparent in Maxwell’s work. Lintner never tried to meet Maxwell while countering his argument, but he did meet the other author, Alastair Lamb, even as he countered his conclusions on the Shimla Convention.

Apart from field trips to Tawang, Walong, Kibihitoo and Tezu among other locations in Arunachal Pradesh, Lintner has connected the dots about how China’s interpretation of the Shimla Convention and the McMahon Line have now matured to influence its attitude towards other bordering states like Nepal and Bhutan, and how it currently conducts its border-related discussion with India from that prism.

Build-up to the war

Though the latter part of the book connects China’s war with India and its current South Asian push with detailed analysis of Nepal and Bhutan, Lintner shines brightest in the chapters on the border dispute and the war. With a remarkable and almost cinematic sweep, Lintner shows that the intelligence gathering and preparations for the war had been ongoing from May 1962, much before the overall deterioration in ties and traces China’s war preparation to the mid-1950s.

It is probable that apart from Beijing’s misgivings about Nehru, there were multiple other factors like a possible Tibetan independence, which could have prompted Tibet to join hands with the Soviet Union or that the fear of Western domination propelled the Chinese to plan the war much earlier than Maxwell had suggested. He rewinds to the resistance groups of Tibetan youth, Chushi Gangdruk and the hostile reception from the Tibetans during the uprising and ultimate occupation of Tibet in 1959 as sources of continued threat to China’s plans in Tibet. In the end, he rescues Nehru from the blame of provoking China with the ‘Forward Policy’.

Lintner says that Nehru probably was not fully aware of the dislike that Beijing had harboured for him and he did not exercise the policy of consolidating India’s position along the Arunachal boundary with South Tibet — the McMahon Line with any aggressive intention. Because, even Bhola Nath Mullik, Nehru’s chief of intelligence, failed to assess the Chinese actions correctly.

Following his assertions, Lintner credits Nehru for following the ‘Forward Policy’ as a normal measure to assert what was then understood to be the traditional Indian border.

The book is a definite landmark in understanding the Chinese position on the border issue which will continue to be in the news in the post-Doklam scenario.

There is no commonly delineated Line of Actual Control (LAC) in the border areas between India and China, there are areas along the LAC where both sides have differing perception of LAC. Due to both sides undertaking patrolling upto their respective perception of the LAC, transgressions do occur. Government is taking measures to ensure that defence forces are in a state of readiness to meet operational and security challenges.

Government regularly takes up such transgressions along the LAC with the Chinese side through established mechanisms including Border Personnel Meetings, Flag Meetings, meetings of Working Mechanism for Consultation & Coordination on India-China Border Affairs, as well as through diplomatic channels.

The Government consistently maintains that peace and tranquillity in the India-China border areas is an important pre-requisite for the smooth development of bilateral relations.

This information was given by Raksha RajyaMantri Dr.Subhash Bhamre in a written reply to Shri Darshan Singh Yadav and others in Rajya Sabha today.
You must log in or register to reply here.
Similar threads
Delhi plays down China incursion
China defends its latest incursion into Ladakh's Chumar sector
Evergrande’s collapse would have ‘profound consequences’ for China’s economy
Airshow China 2021(2020) (28th Sep--3rd Oct)
Share:
Facebook Twitter Reddit WhatsApp Link