China detains series of dissidents ahead of 25th anniversary of Tianan

The Chinese police appear to have made another round of arrests in both Beijing and Guangzhou as they try to silence any attempt at marking the 25th anniversary of the Tiananmen massacre on June 4.
The well-known lawyer Pu Zhiqiang has been formally arrested with two others, and three more have disappeared in Beijing. Another six people are thought to be in custody in Guangzhou. A liberal film director, Shen Yongping, has also disappeared.
Mr Pu, 49, was a student leader during the Tiananmen protests and is now one of the country's leading human rights lawyers.
Police arrived at his home at 4am on Monday morning and then confiscated files, computers and his mobile phone the following day.
His niece, Qu Zhenhong, said he was being held on charges of "causing a disturbance", which carries a maximum jail sentence of five years.

This is an expose how China ensures that there is 'harmony and stability'.

It is an unique mode, but as more aspects of globalisation grips China, it appears that the Communists are losing their moral authority and instead are resorting to repressive measures.

Maybe this was prevalent even earlier, but nothing was known since there were few foreigners allowed within the Bamboo Curtain. With globalisation and commerce, foreigners are there in adequate numbers and so some aspects do leak out.

Tibet and Xinjiang are possibly two areas where foreigner movement is restricted and totally banned when there is a hint of a problem.

Re: China detains series of dissidents ahead of 25th anniversary of Ti

Beijing: A veteran journalist who was among prominent intellectuals jailed during China's 1989 Tiananmen Square crackdown has been detained just weeks ahead of the 25th anniversary of the bloodshed on accusations of leaking state secrets. 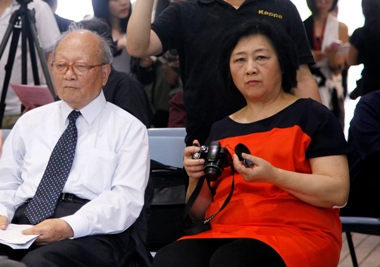 Police in Beijing detained the influential independent journalist Gao Yu, 70, for illegally obtaining a secret Communist Party document and providing it to a website for publication, the official Xinhua News Agency said Thursday. An investigation was continuing. State media did not identify the document, but it appeared to refer to reports outside the mainland last year about a high-level, internal circular seen as outlining the party's strategy of attacking Western democratic ideals and crushing dissent to protect its rule. The strategy paper — known as Document No. 9 — was seen by political observers as early and significant evidence of the hard- line political stance of the leadership of Xi Jinping, who was appointed party chief in late 2012. Gao, who previously has been imprisoned on state secrets charges, is one of the best-known intellectuals to have been jailed for supporting the Tiananmen pro-democracy protests of 1989. Her latest detention comes amid a clampdown on activists ahead of the politically sensitive anniversary of the 4 June, 1989, bloody military suppression of the protesters that killed hundreds, maybe more.