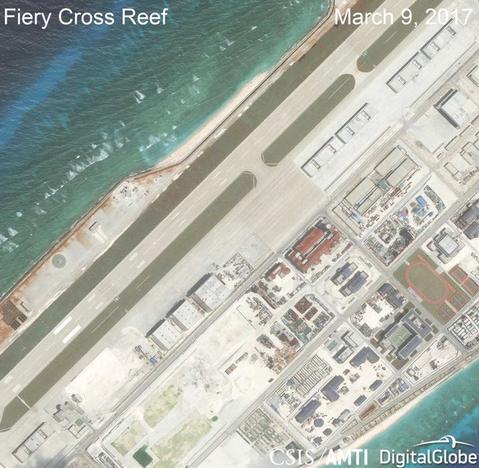 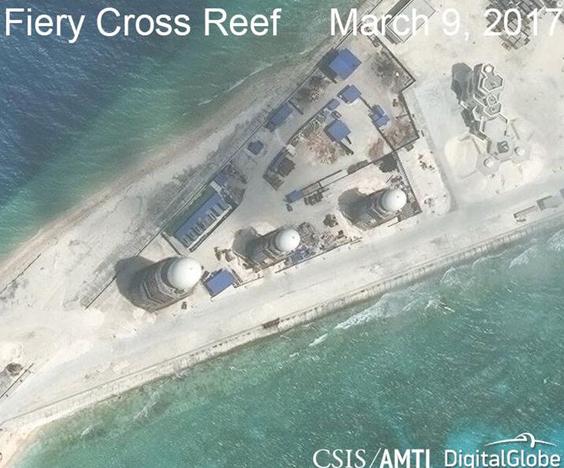 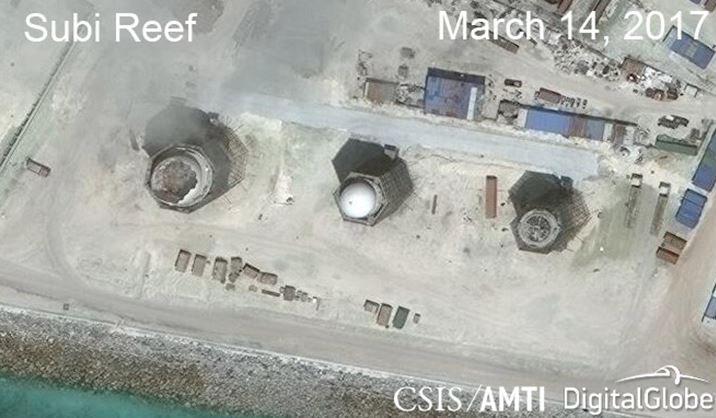 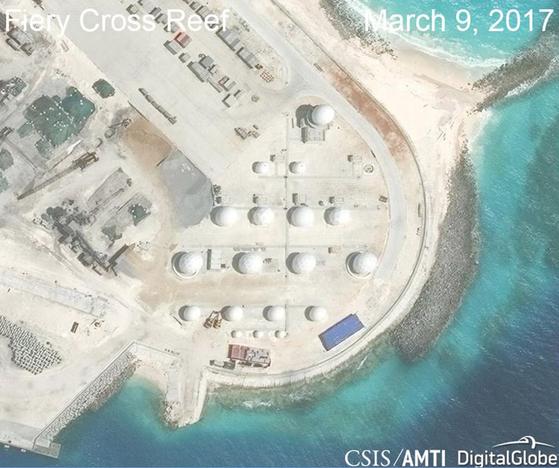 China appears to have largely completed major construction of military infrastructure on artificial islands it has built in the South China Sea and can now deploy combat planes and other military hardware there at any time, a U.S. think tank said on Monday.

"So look for deployments in the near future," he said.

China has denied U.S. charges that it is militarizing the South China Sea, although last week Premier Li Keqiang said defense equipment had been placed on islands in the disputed waterway to maintain "freedom of navigation."

China's Defense Ministry did not respond to a request for comment.

Chinese Foreign Ministry spokeswoman Hua Chunying said on Tuesday she was unaware of the details of the think tank's report, but added the Spratly Islands were China's inherent territory.

"As for China deploying or not deploying necessary territorial defensive facilities on its own territory, this is a matter that is within the scope of Chinese sovereignty," she told a daily news briefing.

A Pentagon spokesman, Commander Gary Ross, declined to comment on the specifics of the AMTI report, saying it was not the Defense Department's practice to comment on intelligence.

But he said that "China's continued construction in the South China Sea is part of a growing body of evidence that they continue to take unilateral actions which are increasing tensions in the region and are counterproductive to the peaceful resolution of disputes."

AMTI said China's three air bases in the Spratlys and another on Woody Island in the Paracel chain further north would allow its military aircraft to operate over nearly the entire South China Sea, a key global trade route that Beijing claims most of.

Several neighboring states have competing claims in the sea, which is widely seen as a potential regional flashpoint.

It said China had installed HQ-9 surface-to-air missiles at Woody Island more than a year ago and had deployed anti-ship cruise missiles there on at least one occasion.

ALSO IN SOUTH CHINA SEA
It had also constructed hardened shelters with retractable roofs for mobile missile launchers at Fiery Cross, Subi and Mischief and enough hangars at Fiery Cross for 24 combat aircraft and three larger planes, including bombers.

In his Senate confirmation hearing in January, U.S. Secretary of State Rex Tillerson angered China by saying it should be denied access to islands it had built up in the South China Sea.

Tillerson subsequently softened his language, saying that in the event of an unspecified "contingency," the United States and its allies "must be capable of limiting China's access to and use of" those islands to pose a threat.

In recent years, the United States has conducted a series of what it calls freedom of navigation operations in the South China Sea, raising tensions with Beijing.