The hypocrisy of child abuse in many Muslim countries

Muslim men who sodomise young boys are not considered homosexuals or paedophiles. The love of young boys is not a phenomenon restricted to Afghanistan; homosexual pederasty is common in neighbouring Pakistan, too. rich men buy boys as young as 11 from impoverished families for sexual slavery. The boys are dressed in women's clothes and made to dance and sing at parties, before being carted away by the men for sex. 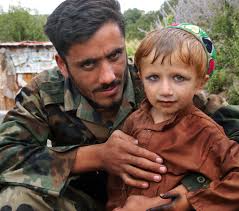 Islamic paradise or "jannat" promises 72 virgins and 28 young pre-pubescent boys for men. They say that dead Muslims will have the sexual prowess of 100 men in paradise (72+28).

In Islami history relevant to India this filthy practice is treated very casually, like it was normal or something. Most notably in the memoirs of Babur.
S

AnIndian Muslim describes his PERSONAL experiences of this disgusting practice​

Basically, for centuries when women remained confined to houses, the men preyed on young boys. Somehow after partition in India at least I thank god for end to that murky world of middle-aged men preying upon young boys.

The situation was so bad that after maghrib (evening), the boys were just not allowed outside their houses. The teachers, a majority of them, even in madarsas lured their pupil. One has to just read legendary poet Akhtarul Iman's autobiography in which he has written how men exchanged their 'boys tutored in the art of sex' all over Delhi.

Or how a famous poet who was associated with All India Radio recalls in his autobiography that when he was ten or twelve ( he was fair and had soft features) the situation was so bad in the city that groups of middle-aged men and youth were hunting for him. His parents were asked to shift him to a southern city else he might have lost his 'virginity'.

I wonder how the eminent personalities like that great editor of a famous urdu newspaper always kept 4-5 young boys for sexual gratification and when asked about it would laugh it off. Like Hoor and Ghilman promised in paradise, this ghilman or young boy as sweet as pearls brought a hypocritical religious sanction for pederasty.

Allah ka shukr hai that such society that had created such a disgusting culture is now history. More so in Persia (Iran) it was always the culture. Still, it is prevalent in Afghanistan.
Click to expand...

And speaking of Persia a painting shows Shah Abbas with a young boy:

Little boys were made to serve wine and then raped by drunken men. As this poem by Mamayah al-Rumi disgustingly shows:

The art of liwat (sodomy) is the way of masculinity and might
So leave Laylah to Majnun, and Azzah with Kuthayyir,
And go up to every beardless boy, strip him, and even if he cries,
Present him with your prick and fvck him by force.
Last edited: Sep 7, 2013
S

Almost all the Muslim rulers, whether in south India or the Indo-Gangetic plain, followed this disgusting practice. The lone exception was Akbar who tried to put a stop to it.

Shah Quli Khan Maá¸¥ram, an old officer of Humayun, captured Hemu for Akbar. But this success turned his head, and he, like Khan Zaman and Mozaffar of Turbat, and Akbar's grandfather Babur, became infatuated by the abominable vice of sodomy. He forced an innocent young boy named Shahim Beg into becoming his sex slave.

However Akbar, who had ended so many Islamic practices in his rule, like the jizya tax and pilgrimage tax on Hindus, also detested the Islamic vice of sodomy. Akbar forced Shah Quli to free his catamite, whereupon the frustrated pederast retired to the forest to become a jogi.
S

Pakistani males think sodomy is a normal experience of boyhood

"In Pakistan men are discouraged from having girlfriends and so often, their first sexual experiences will be with male friends or cousins," a man named Qasim Iqbal told BBC. "This is often seen as a part of growing up and it can be overlooked by families - it's the idea that 'boys will be boys. Sex between men will be overlooked as long as no one feels that tradition or religion are being challenged."

"Having sex with other men or boys is not associated with stigma providing a man takes a dominant role in sexual encounters. It may even reinforce a man's masculinity and status because he is sexually dominating others. It is the receptive partner who is despised and ridiculed."

"In villages throughout the country, young boys are often forcibly 'taken' by older men, starting a cycle of abuse and revenge that social activists and observers say is the common pattern of homosexual sex in Pakistan," said a report in the Boston Globe.
Click to expand...

Child abuse is not "homosexuality".
S

Simple_Guy said:
The boys are dressed in women's clothes and made to dance and sing at parties, before being carted away by the men for sex.

In Islami history relevant to India this filthy practice is treated very casually, like it was normal or something. Most notably in the memoirs of Babur.
Click to expand...

Guess everyone knows about this in memoirs of Babur. His desire for "fairy faced" boys.

But did you know that Babur's ancestor Timur was also a sodomite?

Timur writes in his memoirs: "I had formed an intimacy with a very handsome youth, and passed a great part of my time with his tribe; he was sensible of my partiality, and also showed great affection for me, at length a blackguard called Mullache had been admitted into the circle of our acquaintance, took a liking to the youth; one day having given him admission into our society, I overheard the boy say to him in a familiar manner, "I don't want your kisses."

Such crises in forming a set of rules.

And they call themselves a religion...