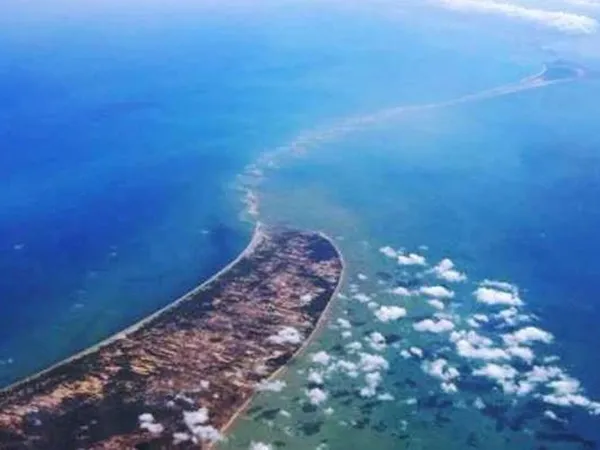 New Delhi: The government has given its nod to an underwater research project to determine the origins of the Ram Setu, a 48-km-long chain of shoals between India and Sri Lanka.


The bridge holds religious significance because of the Ramayana - one of the two major Hindu epics of ancient India.


The Central Advisory Board on Archaeology, a body under the Archaeological Survey of India (ASI), approved the proposal for the underwater exploration project last month.

Study to focus on process behind Ram Setu formation

The study, which will be conducted by the Council for Scientific and Industrial Research (CSIR) and National Institute of Oceanography (NIO) Goa, will help determine the age of the Ramayana period and focus on the process behind the formation of Ram Setu. It will also help find out whether there are any submerged habitations around Ram Setu.


“The historicity and the date of ‘Ramayana’ remain a debatable subject among historians, archaeologists and scientists. It is proposed to carry out scientific and underwater archaeological studies to understand the nature and formation of the Ram Setu and its surrounding area,” reads the proposal.


As per reports, the research is likely to begin this year itself in view of the upcoming Assembly elections in Tamil Nadu.


NIO director Sunil Kumar Singh said that the proposed study will be based on archaeological antiquities, radiometric and thermoluminescence (TL) dating for geological time scale and other supporting environmental data, TOI reported.

Sindhu Sadhna to be used for underwater study

The research vessels of NIO, Sindhu Sadhana or Sindhu Sankalp, will be deployed in this project to collect samples of the sediment from 35 to 40 metres below the water level.


The ship carries a host of other latest world-class equipments in the field of ocean technology and research and can stay underwater for nearly 45 days. 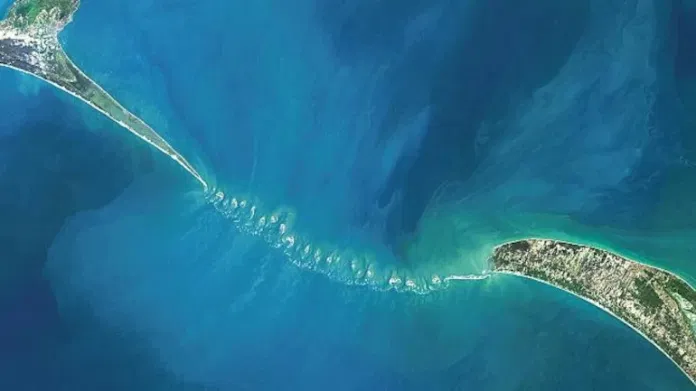 The debate about whether the Ram Setu is natural or a man-made bridge is going on from years. Now, after the Central Advisory Board on Archaeology, a body that comes under the Archaeological Survey of India (ASI), approved the proposal for an underwater exploration project to determine how and when the Ram Setu was formed, research on the subject is likely to begin this year, reports TOI.


Ram Setu, also known as Rama’s Bridge, Adam’s Bridge, Nala Setu and Setu Band is a chain of shoals between Pamban Island (Rameswaram Island) off the south-eastern coast of India and Mannar Island off the north-western coast of Sri Lanka.


The study which would be conducted by the Council for Scientific and Industrial Research (CSIR) and National Institute of Oceanography (NIO) Goa, will focus on the process behind the formation of Ram Setu and also whether there are any submerged habitations around Ram Setu.


“The historicity and the date of ‘Ramayana’ remain a debatable subject among historians, archaeologists and scientists. It is proposed to carry out scientific and underwater archaeological studies to understand the nature and formation of the Ram Setu and its surrounding area,” the proposal note says.

The research vessels of NIO named Sindhu Sadhana or Sindhu Sankalp will be used in this project to collect samples of the sediment situated at 35 to 40 metres below the water level.


“The proposed study will be based on archaeological antiquities, radiometric and thermoluminescence (TL) dating for geological time scale and other supporting environmental data,” Prof. Sunil Kumar Singh, Director, NIO, told TOI, furthering that “Radiometric technique will be used to ascertain the age of the structure which is reported to consist of coral or pumice stones. Corals contain calcium carbonate that will help us find the age of the structure and of course the period of Ramayana.”

Ram Setu has been embroiled in controversy since 2005 after the then Congress-led government proposed the Sethusamudram Shipping Canal Project and Manmohan Singh inaugurated the project. The project proposed a shipping canal across the Gulf of Mannar, Palk Bay, and the Palk Straits to link the Arabian Sea with the Bay of Bengal. For this, a channel, passing through the limestone shoals of Adam’s Bridge (which is also known as Rama’s Bridge, Ram Setu, and Ramar Palam), was to be dredged in the Sethusamudram sea between Tamil Nadu and Sri Lanka.


However, the project was opposed by environmental groups as well as some Hindu groups and national parties like the BJP as they said that the project would damage the Ram Setu.

In 2007, the Congress Party, which does not believe in the existence of Shri Ram, had filed an affidavit in the Supreme Court to argue that Ram Setu which is believed to have been built by Lord Ram, lacked scientific and historical veracity. However, ten years later, Modi government scrapped UPA’s stand on Ram Setu and decided to leave the Ram Setu untouched.


The affidavit incidentally came close on the heels of a research-based programme in the US-based Discovery Science channel which showed that the Setu is man-made and not natural. Moreover, studies of Oceanography has also suggested that the bridge is 7000 years old. And the carbon dating of beaches near Dhanushkodi and Mannar Island roughly matches the dates of Ramayana.

Ram Setu Expedition project: Ram Setu Project will be a three-year project and is expected to begin by the end of March this year. This will be undertaken by the CSIR-NIO.

Ram Setu Expedition project: Indian scientists are set to undertake an expedition to ascertain details about Ram Setu also known as Adam’s bridge. The mention of Ram Setu between India and Sri Lanka can be traced in Mahabharata but there is little scientific evidence to prove its formation. The scientific expedition is set to be undertaken to date the chain of sediments and corals that form the Ram Setu. The CSIR–National Institute of Oceanography (NIO), Goa has submitted a project proposal to undertake a study of the sediments and ascertain Ram Setu’s origin. The central advisory board on archaeology functions under the Archaeological Survey of India, according to an Indian Express report.

Ram Setu Project will be a three-year project and is expected to begin by the end of March this year. This will be undertaken by the CSIR-NIO.

The purpose of the study will be to ascertain whether Ram Setu is a human-made structure or not. The key aspect will be to know the actual time when it was set up scientifically. The information ascertained will be compared with that of Ramayana and other scriptures, the Director of CSIR–National Institute of Oceanography (NIO) professor Sunil Kumar Singh said, the IE report says.
Scientists will be adopting Carbon dating techniques to determine the age of the sediments of Ram Setu. Explorers will study material composition and outline the sub-surface structure, the IE report says.
There will be an initial survey followed by a geophysical survey. There will be initially a physical observation and then a scientific survey to understand the sub-surface structure.
After these, the scientists have planned to drill into the structure. They will then gather samples and later perform laboratory-based studies.’
The underwater archaeological explorations bear significance as India has a sprawling coastline of more than 7,500 kilometres. Oceans have past records in form of underwater fauna, coastal lives, climate, and settlements. The sea-level changes are the most significant in regard to climate studies.

Explained: What upcoming expedition to Ram Setu could reveal about structures of history, myth

Indian scientists will undertake a scientific expedition to date the chain of corals and sediments forming the Ram Setu. What is the underwater archaeological project at Ram Setu, and how is it planned? What is its significance? In possibly a first, Indian scientists will undertake a scientific expedition to date the chain of corals and sediments forming the Ram Setu. Also known as Adam’s bridge, this 48-km long bridge-like structure between India and Sri Lanka finds mention in the Ramayana but little about its formation is known or proven, scientifically.


Recently, a central advisory board on archaeology, functioning under the Archaeological Survey of India, approved the project proposal submitted by CSIR – National Institute of Oceanography (NIO), Goa to study the sediments and determine its origin.


What is the underwater archaeological project at Ram Setu?


CSIR-NIO will undertake a three-year scientific project. “The idea is to see whether Ram Setu is a man-made structure or not. The most important aspect of the project is to establish its age, scientifically. Once it is known, the information can be verified and co-related with its mention in the Ramayana and similar scriptures,” said Prof Sunil Kumar Singh, director, NIO.

Carbon dating techniques, which are now available in India, will be primarily used to determine the age of the sediments.


Broadly, the explorers will apply a number of scientific techniques while attempting to date the Ram Setu, study its material composition, outline the sub-surface structure along with attempting to excavate remnants or artifacts, if any, from the site.

How is the project planned?


The project is expected to formally commence by the end of March. An initial survey will make use of underwater photographs to check if any habitation remains inundated in the area. A geophysical survey will be performed to understand the structure.


“Over the years, several kinds of depositions, including sand, have covered the actual structure. Initially, only physical observation, and no drilling, will be done. A scientific survey will be performed to understand the sub-surface structure,” said Singh.


Once this is fully understood, the scientists plan to drill into the structure, gather samples and later perform laboratory-based studies.


The NIO director added, “Some scriptures mention wooden slabs along the Setu. If so, they should have fossilised by now, which we will try to locate. Using high-end techniques, we will look for corals and date the gathered samples. NIO is equipped with the latest technology. Most of the scientific analysis will be done at NIO or within laboratories in India.”


What scientific tests will be performed and which specialised teams will be part of the project?


The team will mainly comprise seasoned archaeologists, trained in diving, along with scientists to perform bathymetry – the study of ocean floors – and seismic surveys.


As the locality around Ram Setu is shallow, with depth not more than 3 to 4 meters beneath water, the scientists will use local boats to ferry along the Setu. This is because large vessels or ships cannot sail at such shallow depths.


For collecting core samples at greater depths and for bathymetry purposes, Sindhu Sadhana will be deployed for the Ram Setu project.


Two of the planned tests:


* Side scan SONAR — Will provide bathymetry which is similar to studying topography of a structure on land. Soundwaves signals will be sent to the structure which will provide an outline of the physical structure of the Ram Setu.


India has a vast coastline of over 7,500 kilometres. Oceans are a treasure trove of the past records — climate, evolutionary changes of the underwater fauna, coastal lives, habitations, settlements and civilizations. Of these, the sea-level changes remain the most significant of all with respect to climate studies.


History has records of sailors who set out on unknown voyages to later discover new lands and islands. They ventured into deep seas even before the advent of the Global Positioning System (GPS). Using such underwater exploration studies, scientists say that it is possible to trace numerous shipwreckages and remains from the past. Studies of ship wreckage, artifacts or remains could reveal a lot of information.


A part of Dwarka, along the coastal Gujarat, is underwater, confirming the sea-level rise. The NIO has been studying this site, and so far, traced large amounts of scattered stones which were retrieved at the depth between three to six metres beneath. Stone anchors, too, were found at the site, suggesting it to be part of an ancient harbour. In the past, NIO had initiated studies to trace the missing shore temples of Mahabalipuram in Tamil Nadu.


Presently, several ship wreckage studies, including the one off the Odisha coast, are going on. Scientists have identified and are considering a port located close to Goa for similar scientific study. 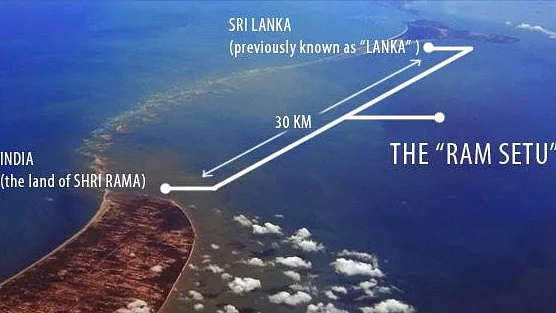