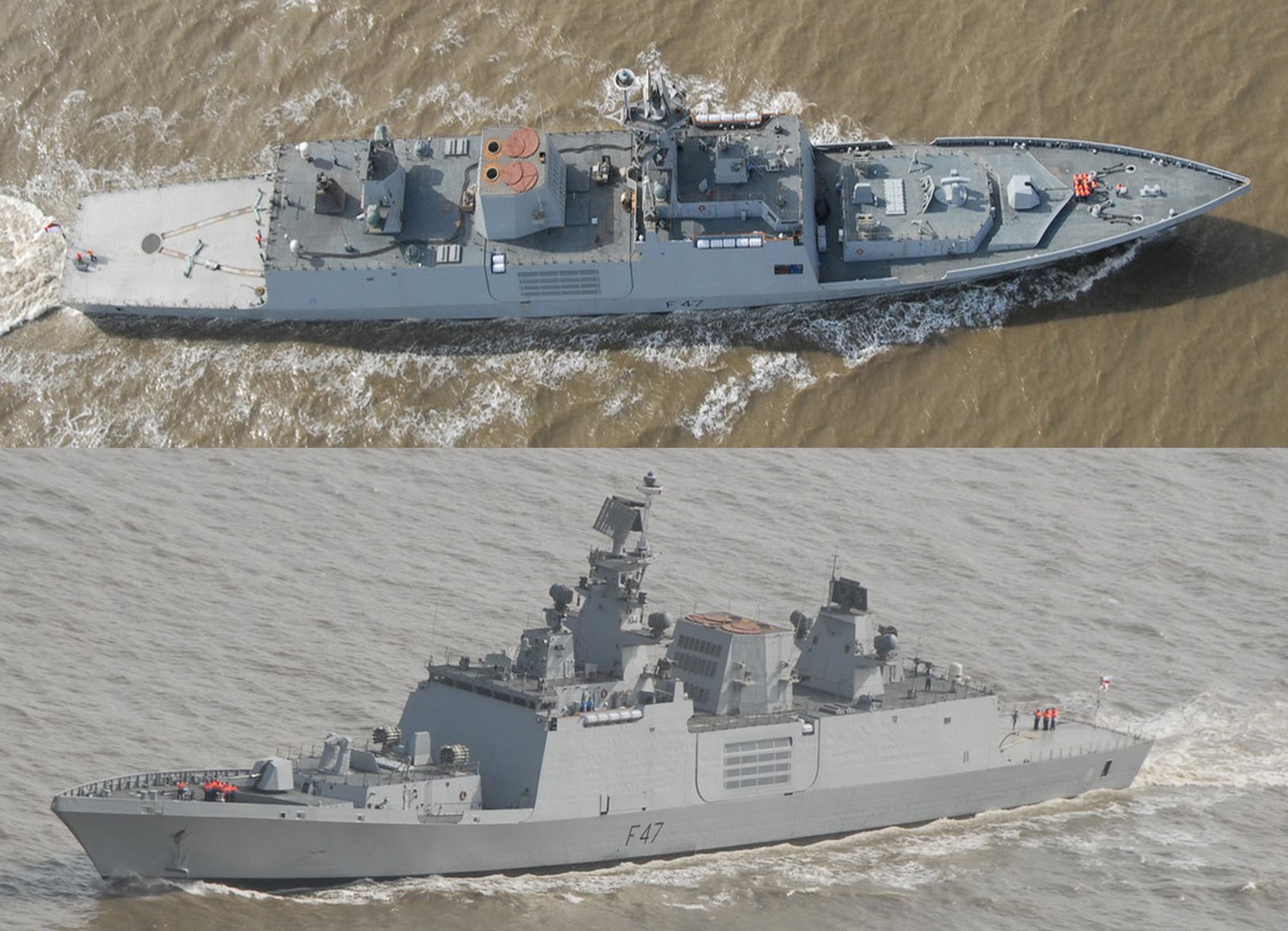 [FONT=&quot]In what can only be described as joyous 'Deepavali-eve' tidings for the Indian Navy (IN), the Govt of India's Cabinet Committee on National Security (CCNS) earlier last week finally approved the Ministry of Defence's proposal for kick-starting the Project 17A guided-missile frigate's (FFG) design-cum-construction programme, which is already running four years behind schedule. Consequently, the MoD-owned and Mumbai-based Mazagon Docks Ltd (MDL), teamed with Fincantieri, has at long-last, received both the green light and the much-required funds required for commencing work on the Project 17A FFG programme, which now calls for the Project 17A FFG to be an advanced derivative of the existing 5,600-tonne Project 17 Shivalik-class FFG, and NOT a brand-new warship design outsourced from abroad. While MDL will be the lead yard for both detailed design and construction of the first four Project 17A FFGs, Kolkata-based Garden Reach Shipbuilders & Engineers will build the remaining three FFGs. It is estimated that the first Project 17A FFG will be launched five years (within 60 months, or by 2017) after its keel-laying ceremony (to be held in the latter half of next year), followed by the remaining six FFGs being delivered every successive year through to 2022.[/FONT]

[FONT=&quot]The CCNS decision, which is likely to cause dismay to foreign shipbuilders like Fincantieri of Italy, France's Direction des Constructions Navales (DCNS), Germany's ThyssenKrupp Marine Systems, Russia's Severnoye Design Bureau/Admiralty Shipyards, Spain's Navantia, the UK's BAE Systems, and South Korea's Hyundai Heavy Industries, is likely to result in the Project 17 FFG's design being modified to accommodate new-generation weapon systems like the Barak-2 MR-SAM/EL/M-2248 MF-STAR combination (see: http://trishul-trident.blogspot.com/2011/04/mf-star-deliveries-for-project-15a-ddgs_07.html) instead of the Cashmere area air defence system comprising the 24 rounds of 40km-range 9M317M Shtil-1 MR-SAMs, 3S-90 missile launcher, four MR-90 Orekh target illuminators, and the Salyut FSUE-built E-band MR-760 Fregat M2EM 3-D radar; plus BrahMos vertically-launched supersonic multi-role cruise missiles instead of the the eight Novator-built 3M54E Klub-N supersonic 220km-range anti-ship cruise missiles. The crew complement will likely be reduced from the existing 257 (including 35 officers) to about 110 by introducing high levels of automation, which will translate into a savings of around 20% in operational costs and higher operational availability of the warships. The Project 17A FFG's superstructure will also make extensive use of composites similar to what's now being done on board the latter two of the four Project 28 Kamorta-class ASW corvettes now under fabrication by GRSE. [/FONT]

[FONT=&quot]The decision to fast-track the project 17A FFG construction programme comes close on the heels of a major upgrade undertaken by MDL of its integrated shipbuilding processes for FFGs, which will become idle once the third and last Project 17 FFG—INS Sahyadri—is commissioned into service early next year. Therefore, in order to make optimum utilisation of its warship-building capacities and capabilities, the MoD, in an unusual show of pragmatism, had last month decided to fast-track the indigenous warship construction roadmap. [/FONT] 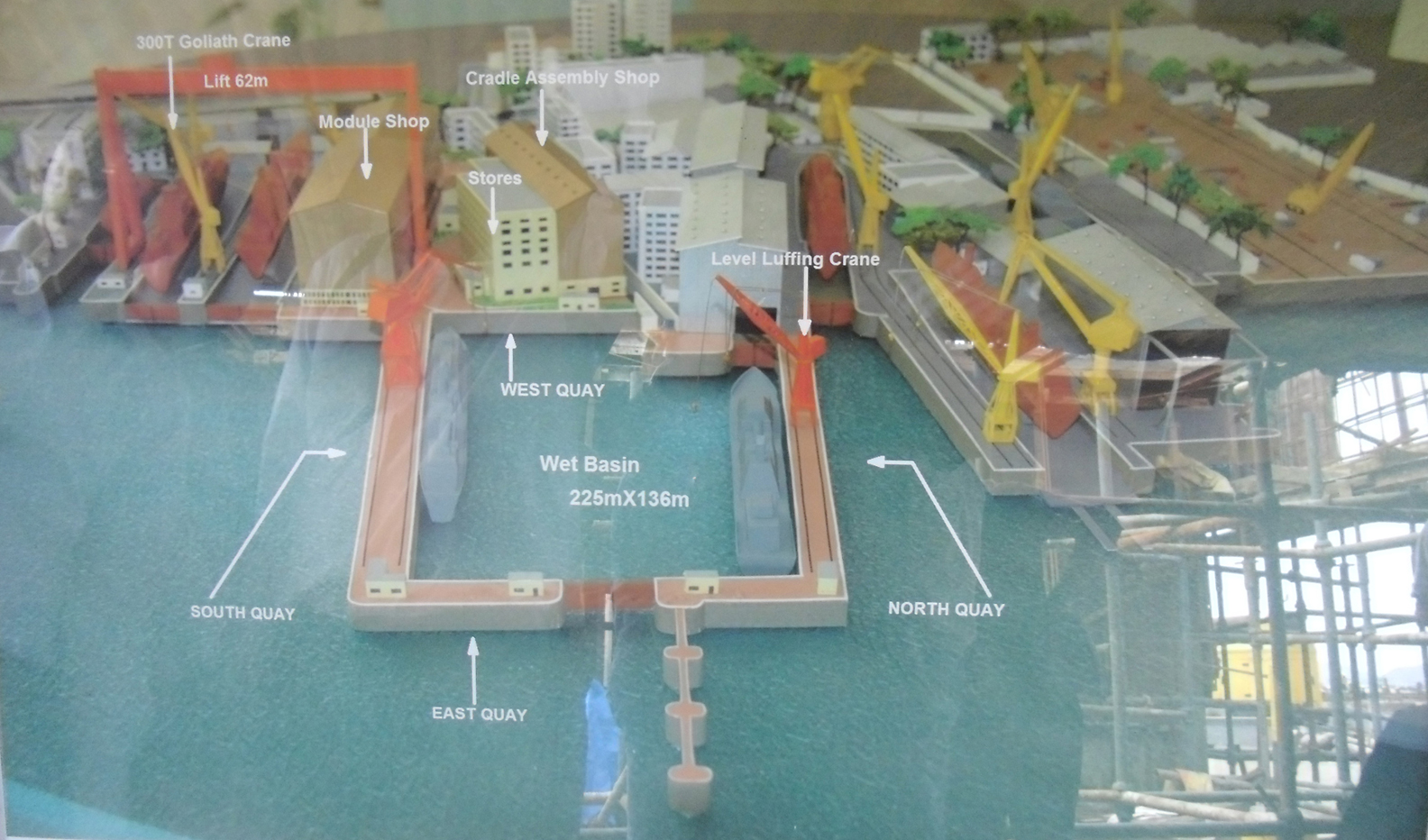 [FONT=&quot]Thus far, MDL's infrastructure modernisation plans have moved ahead in four areas: installation of a 300-tonne Goliath crane, construction of a new modular workshop for FFGs, and fabrication of a wet-basin for the outfitting of FFGs and DDGs. All three of these will be ready for usage by early next year and will make MDL the first MoD-owned DPSU to undertake integrated shipbuilding concurrently for two lines of warships and two lines of submarines: the seven Project 17A FFGs, the four 6,800-tonne Project 15B guided-missile destroyers (DDG), and the six Scorpene SSKs and the yet-to-be-ordered Project 75I SSKs. In addition to all this, MDL has also built two more modular workshops—one for warship-building (the four Project 15B DDGs) and the other for submarine construction—at the Alcock Yard, which is adjacent to MDL's main yard. Consequently, by late next year, MDL will have two dedicated submarine construction facilities—one at its East Yard and the other at the Alcock Yard, both of which will be used for the accelerated delivery of the six Scorpene SSKs on order. As things now stand, the first Scorpene will be launched by August 2015, with the sixth being launched by September 2018.

[/FONT][FONT=&quot]MDL has also become India's first shipbuilder to commission a virtual reality lab, enabling its naval architects and engineers to virtually walk through the compartments being digitally designed for a warship. This will from now on obviate the need for constructing mock-ups that are time-consuming, and will also contribute greatly towards faster warship deliveries. MDL has also requested the MoD to approve its strategic industrial partnership with Gujarat-based Pipavav Defence & Offshore Engineering Co Ltd, so that it can enlist the latter's services as a sub-contractor for fabricating sub-sections of a warship's superstructure, thereby further reducing the time taken for hull fabrication. MDL will thus play the mentor's role for the emerging private-sector shipyards and teach the latter the intricacies of detailed designing, fabrication, outfitting, systems and weapons integration, tests and trials, and finally, warship delivery.

[/FONT][FONT=&quot]As for GRSE, its principal strategic industrial partner is likely to be DCNS (which till mentor GRSE in areas such as virtual digital designing and integrated shipbuilding), while the principal fabrication sub-contractor is likely to be either the MoD-owned and Vizag-based DPSU Hindustan Shiptard Ltd (HSL), or Larsen & Toubro's brand-new shipyard at Kattupalli in Tamil Nadu, which has been set up jointly with Tamil Nadu Industrial Development Corp and is expected to be fully commissioned early next year.[/FONT]


[FONT=&quot]So what is the future of the IN's Project 75I submarine procurement programme? After all, by late 2012, MDL would have completed hull fabrication for the sixth Scorpene, after which its outfitting will start, leaving MDL's two SSK hull fabrication workshops bereft of any further activity. Even if the RFPs are issued by the MoD before the year's end (which appears highly unlikely), it will take at least another three years to arrive at the contract signature stage. Then there's the issue of according priority to the procurement of four LPHs, for which two MoD-owned DPSUs—MDL and HSL—each teamed up with a private-sector shipbuilders, are likely to be selected for building them. In light of all this, it won't be surprising at all if circumstances conspire together to force the MoD to exercise the only financially viable and least risky option left for arresting the decline of the IN's SSK fleet strength by the latter half of this decade—ordering a follow-on batch of four Scorpene SSKs from DCNS via MDL—Prasun K. Sengupta