“This is the army! Nobody can do the best they can.”

This is the story of a soldier who lived and died for the nation. His valour is though not hidden but still his story is. Vijayant’s life is no less than a hero of a movie. 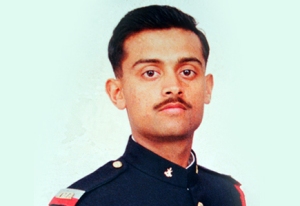 ​
Birth of a Hero
Being born in a family where everyone were associated with Indian Defence, his great-grandfather Dr. Captain Karta Ram Thapar, Mr. J.S. Thapar (Vijayant’s grandfather) and at last his father Colonel V.N. Thapar all served the Indian Army and so it was easy on him to decide where he’s life going to take him. The army background always taught Vijayant of living his life in discipline, thinking about others more than ourselves. He always used to play with a gun and used to march around wearing his fathers peak cap like an officer.

The Beginning
Vijayant was very hard working student and his hard work opened his doors for entering into Indian Army when he was selected for IMA, Dehradun.

Vijayant outperformed in water polo and won the Gold Medal, even after his shoulder injury in a boxing tournament. He also got the silver medal for standing second in the order of merit in the first term.

Thapar always wanted to be a fighter pilot like his uncle but his destiny took him towards Indian Army. 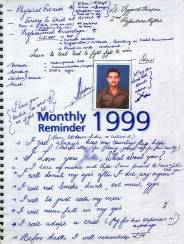 ​
He was commissioned on 12 December 1998 and went onto join 2 Rajputana Rifles at Gwalior. The unit moved to Kupwara where it was involved in counter terrorist operations. Here Vijayant was involved in two fierce encounters. While talking to his mother on telephone he described how he lived through a live encounter in which about theory bullets were fired at him. The unit was ordered to move to Drass to evict the enemy who had occupied Tololing, Tiger Hill, adjoining heights.

Along the way
Robin ( nickname of Vijayant ) met Ruksana, a girl who lost her speech when her father was murdered by militants in front of her eyes in her village in Kupwara district of Jammu & Kashmir. Vijyant met her through the principal of the school in Kupwara and fell in love with the innocence of the child. He used to visit Ruksana every evening and used to take along toffees and sweets for her. Slowly and gradually magic of Vijayant worked and the girl started speaking. He used to contribute some amount of money to her poor family and just before going for his final combat he even wrote a letter to his father to take care of the girl and still Vijyant’s family is sending money to Ruksana for her better future.

The Day of War
Battle of Tololing Knoll and Three Pimples

2 Rajasthan Rifles was given the task of captaining Toiling Knoll, Three Pimples. In this actions Robin fought like a man and true soldier. These forbidding heights were held by enemy Northern Light Infantry (NLI) . They had well constructed fortification very well stocked, well sited, dominating the narrow ridge line on which 2 Rajasthan Rifles had to attack. During this Battle, Vijyant captured a Pakistani position called Barbad Bunker Pt. 4590, Tololing was the first victory for Indian army on 13th June 1999 and has gone into history as a turning point in the war.

After the successful capture of Tololing he spoke to his mother on V Sat telephone and proudly said “Mama we have captured Tololing”. Later on 28 June, 2 Rajasthan Rifles was given the task of capturing Three Pimples, Knoll and Lone Hill area. The attack started with Vijyant’s platoon leading on a full moon night along a razor-sharp ridge wih no cover to offer. There was intense and accurate artillery shelling and heavy enemy fire. He lost some of his dear men and some more were injured causing the attack to be disrupted. However with his indominable spirit and tremendous urge to capture Knoll he got together, the remenants of his men and moved through a ravine to face the enemy. It was a full moon night . Moreover this was an impossible position to capture. The troops of 6 Northern Light Infantry had all the advantages. Strongly prepared positions one narrow knife-edge ridge, with precipitous slopes on both side, ravines thousands of feet deep, devoid of cover and almost vertical climbs at places. 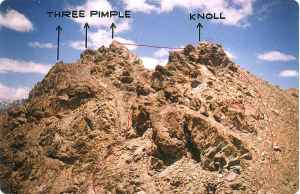 ​
At 8 PM, the attack commenced with a thunderous shatter as 120 guns opened fire rockets hit up the sky. Shells, own and Pakistani covered the whole area mixed with lethal machine gun fire. Into this inferno 2 Rajasthan Rifles moved with Captain Vijayant Thapar leading the attack. Among the first to fall in this rain of death was sepoy Jagmal singh, Vijayant’s very dear friend.

While the exchange of fire was going on, full of excitement Vijayant reached his company which had already secured a foothold on Knoll. By this time his company commander Major P. Achrya had been killed. At this news, Vijayant’s anger was explosive. He surged ahead with his colleague Naik Tilak Singh. Both of them started engaging the enemy merely 15 mts. away. There were two enemy machine guns firing towards them. After about an hour and a half of boisterous exchange of bullets and abuses, Vijayant decided that he had to end the enemy. As he moved up to do so, a burst of fire struck him on his head. He fell in the arms of his comrade Naik Tilak Singh. A brave son of India had fallen. It was after that the men of his company charged and fully captured Knoll. The victory at Knoll on 29 June 1999, is a saga of bravery unmatched, and unbounded moxie. Courage alone and unflinching faith in almighty God alone turned a tactically impossible situation into a victory. 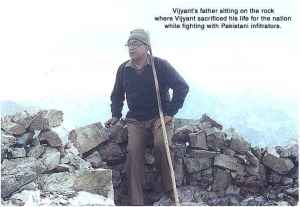 ​
The Last Letter
Here is a snapshot of his last letter he wrote to his family before going for his last war.

The brave way you left this world, at the age of 22 is a measure of how you lived your short life and what you valued. In meeting the stark challenges of capturing Knoll against all odds, during the battle of Three Pimples with heroic coolness and single-minded devotion to duty, you have achieved immortal honour. In death you have epitomised the spirit of national pride – an honour which makes every sacrifice worthwhile. Your actions will forever inspire generations of Indians to come. You have left us with pride for being the parents of a worthy son and a lifetime of pain for having lost a child we loved.

For this act of outstanding bravery and his ultimate sacrifice, Capt. Vijayant Thapar was awarded the Vir Chakra – a gallantry award by the President of India, K. R. Naraynan, which was received by his 82-year-old grandmother.

No one can fill the void for a such a loss we encounter but we can produce many like him by sharing his story with the young guns of India. So please share this article to as many as people so that in future we get many Vijayant Thapar who can serve the nation by joining Indian Army.

Soldiers don't die ..they just fade away
Stories like this shows of what metal they are made of ...
You must log in or register to reply here.
Similar threads
Paki army Captain of light commando battalion killed in Bajaur
Lahore: Army Captain Lost Life after his Hair Transplant went wrong
Captain Kalia was avenged and still avenging.
Afghan Military Captain Gets Indian Hands in Transplant
Share:
Facebook Twitter Reddit WhatsApp Link