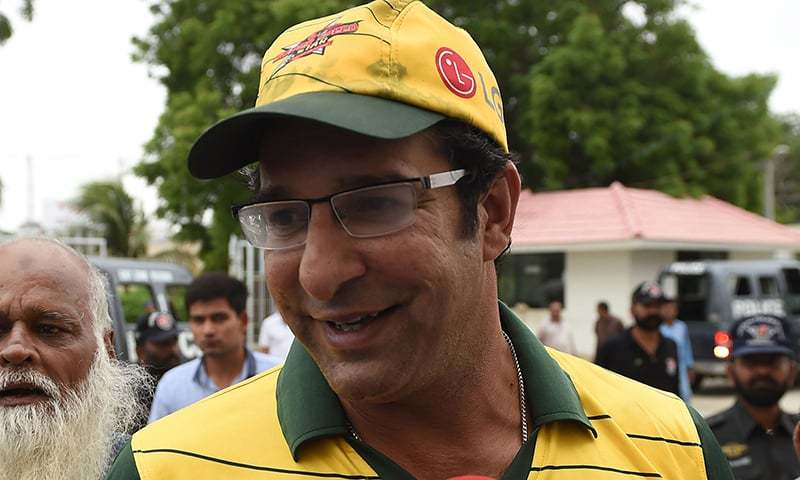 “A car crashed into my vehicle and when I asked him [the driver] to pull over, he stepped out and opened fire. His appearance resembled that of an official,” Akram told local media.

Akram's manager also confirmed that a car had intercepted the former captain's Mercedes.

“Wasim was driving himself and the car next to him tried to jam his car to one side and opened fire. He did not get hit,” Arsalan Haider, Akram's manager told ESPNCricinfo.

“It was a minor accident, I asked the driver of the car to stop but he accelerated at which I got a bit frustrated and chased that car,” said Akram while addressing a press conference later at the National Stadium.

“The driver of that car hit my car and blocked my way. A person stepped out from the back seat holding a gun and pointed it at me.

“Meanwhile, the traffic had stopped and someone from the crowd recognised me, after which the person fired at the tyre of my vehicle and left the scene in haste,” narrated Akram.

what the hell he is doing in pakistan

roti and $$$ he earns living in india

sex he enjoy with his ausi wife

what the hell he is doing in pakistan?????

The news reported that the number plate suggested that the person who shot at wasim could be an official, military?

Illusive said:
The news reported that the number plate suggested that the person who shot at wasim could be an official, military?
Click to expand...

It was a road rage, so the official was just showing his disgust towards the civilians which they consider 2nd class in their own pakistani traditional way, firing at civilians who don't fall in line.
You must log in or register to reply here.
Similar threads
Saudi Arabia inaugurates its bullet train service between Mecca and Medina
Aerial view of Xinjiang bullet train running across harsh landscape
Bullet Proof Jackets (BPJs) Made in India
Ultra-Modern Light Weight Bullet Proof Jacket For Indian Army
Share:
Facebook Twitter Reddit WhatsApp Link