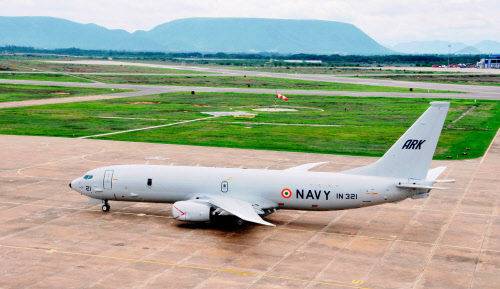 The importance of the beautiful union territory of Andaman and Nicobar as a strategic outpost for India in the Indian Ocean/Bay of Bengal region far exceeds its size and population, the territory sits adjacent to some of the busiest sea lanes on Earth and overlooks the key entry points for all shipping into the IOR. The fact remains that the Andaman Islands are possibly the only choke point Indian forces can use to hold the PLAN at bay is not lost on the powers that be in Delhi or Zhongnanhai. We need to prepare ourselves for any eventuality and build robust A2/AD strategy and defense infrastructure while preparing for a hypothetical future Sino-Indian conflict where the PLAN will try to enter the IOR by overwhelming any defenses at Andaman.

I believe the best way to prepare ourselves for such a scenario is by taking a look at the defences created by another Island fortress long in the sights of the PLA; I speak of the tiny island nation of Taiwan that for the last half century has prepared and armed for a full scale invasion by the PLA. The Taiwanese have created a network of active and passive defences to subdue and defeat any PLA incursion. Active defences can be explained as the formidable network of Radars, SAMs, Ships, ASCMs and Aircraft deployed by the ROCAF, while passive defences can be explained as the network of highly survivable ballistic missile impact proof bases the ROCAF has built around Taiwan. The PLA is likely to use similar tactics to subdue any opposition to an invasion in both Taiwan and the Andamans, key to any assault on either territory shall be the ever expanding arsenal of IRBMs and GLCMs in the PLA’s inventory.

Andaman Naval Airbase
The entire Andaman and Nicobar archipelago comes within the range of the CJ-10 GLCMs and DF-21 IRBMs deployed by the PLA. We can expect the use of either of these systems with conventional warheads to inflict crippling damage to critical infrastructure prior to any assault. The PLA has also developed runway denial warheads for its missiles primarily for use in a Taiwan scenario but these could easily be deployed to severely damage the airfields at Port Blair, Car Nicobar, Campbell Bay and Diglipur. Also the H-6 bombers of the PLAAF could be used along with standoff LACMs like the KD-88 for long range precision strikes against selected targets. The key to any successful PLA assault on the Andamans will depend on establishing 'Air Superiority' over the Islands and similarly the key to any successful Indian defence to such an assault will be to maintain Indian 'Air Superiority' in and around the Islands. Hence, the Airbases on the Islands are going to remain the primary target for any assaulting force. The PLA’s Second Artillery Force Science of Campaigns lists the primary mission of the Second Artillery’s conventionally armed missile units during a coordinated air and missile campaign to be: “suppressing enemy air force airbases, airfields, and missile defence (air defence) systems.” According to this source, such operations would be conducted in coordination with air units in order to achieve air superiority. Second Artillery strategists write that:

To achieve air superiority, long distance firepower must be applied to “control the air through the ground.” Enemy combat aircraft would be suppressed or destroyed on the ground, and/or blockaded inside their bunkers; thus making it difficult for their air combat forces to play an effective role.
Click to expand...

Hence a successful defence of the Andamans would depend more than anything on a robust SAM network capable of BMD and cruise missile defence backed up by powerful long range radar coverage. Once air superiority is assured land based ASCMs can easily devastate any OPFOR fleet that threatens the Islands.

Lessons from Taiwan
In view of the above, let us take a look at how Taiwan has countered the threat presented by PLA missile and air assets against Taiwanese airbases and defences. Key to Taiwanese defences is the integration of nearly 20 fixed and 10 mobile radars with civilian air traffic radar, E-2C Hawkeye systems and ship borne radar systems to create a network of nearly 50 radars providing a bird’s eye view nearly 750nm into the PRC. Additionally, in late 2012 Taiwan activated an UHF radar based on the American AN/FPS-115 “Pave Paws” BMD radar and integrated the same into its early warning network as well and this monster radar now gives the ROCAF radar coverage over almost all of the PRC and extends all the way into eastern India as well. Coupled to these radars are an impressive array of PAC-2, PAC-3, TK-1, TK-2 and TK-3 SAM systems and nearly 400 anti aircraft artillery pieces, the system also includes numerous ship borne SAM and CIWS units . The entire system is integrated into a tri-service air defence network that is headquartered inside hardened tunnels designed for defence against ballistic missile strikes at Hengshan in northern Taipei.

The air defence network of Taiwan gives us a blueprint on how the Tri services air defence grid over the Andamans should be based; however there are many challenges in terms of geographical differences, key among them being the absence of high mountain ranges for hardened radar and missile sites. Saddle peak is the highest point in the Archipelago at an altitude of only 750mt, however these rolling hills are the crests of partly submerged undersea mountains that can be utilized for hardened airbases and C&C infrastructure aka Hengshan C&C and Chiashan Airbase. A good analogue for a hardened airbase on the Andamans can be found at Taitung in southern Taiwan called “Shizishan” colloquially, this hardened airbase can house 60-80 fighters in hardened underground tunnels protected by blast doors and up to 6 feet of concrete, this base also provides fighters with multiple lines of access to above ground runways, taxiways and civilian highways. It should be noted that almost all Taiwanese taxiways and highways can also be utilized for aircraft operations, add to that some of the world’s fastest and most well equipped RRR (rapid runway repair) teams and this ROCAF Base theoretically has the ability to absorb multiple BM and LACM hits without any major effect to operations.

We in India should really be looking at learning from the Taiwanese A2/AD system for the Andamans as well and key to this will be a well established 'Radar Network' possibly incorporating at least two Swordfish LRTR along with multiple numbers of Rajendra and Indra radars coupled with shipboard radars and forward deployed AWACS on the Islands providing more close in detailed coverage & these should be supplemented by a mix of long, medium and short SAM systems on mobile platforms and hardened shelters. If we can build a copy of the Shizishan base at two locations in the Andamans, with even 60 aircraft/base a six squadron strong Sukhoi+LCA force based in hardened bases along with land and sea based ASCMs should be able to give any invading force a bloody nose. We also need to build highly survivable Submarine pens and docks while also building highways crossing the Islands that can be used as runways in the case of conflict. Another key learning from the Taiwanese is their underground network of barracks, maintenance depots, ordnance and fuel stores that have been designed to be highly survivable in the face of missile attacks. We have a long way to go before the Andamans are even half as prepared for Invasion as Taiwan is, but we if learn from the Taiwanese and absorb their lessons in building island fortresses, any invading force looking at the Andamans is going to have a bad day.
Last edited by a moderator: Apr 23, 2020

You must log in or register to reply here.
Similar threads
US Media on AMCA: India is on a Mission to Build a Stealth Fighter by 2025
Is it a good solution to build underground tunnel near the chickens neck?
Larsen and Toubro wins British Royal Navy design contract to develop bid for building Fleet Solid Support ships
Why US invest $ 1.2 billion, the largest expense in history to build a new embassy in Vietnam?
Share:
Facebook Twitter Reddit WhatsApp Link