The Boeing Company [NYSE: BA] today announced that it delivered F-15K 47 and F-15K 48 to the Republic of Korea Air Force (ROKAF) at Daegu Air Base on March 15. The two F-15K Slam Eagles departed St. Louis on March 8 and made stops in Palmdale, Calif., Hickam Air Force Base, Hawaii, and Anderson Air Force Base, Guam.

"Boeing continues to work closely with its ROKAF customers to ensure we deliver quality aircraft on schedule and on budget," said Roger Besancenez, Boeing F-15 Program vice president. "We are committed to providing the ROKAF with the most capable combat-ready multirole aircraft in the world."

Six of the new F-15K Slam Eagles are scheduled to participate in an advanced aerial combat training exercise at Nellis Air Force Base, Nev., in early 2012.

Boeing delivered the first six of 21 F-15Ks it is producing under the Next Fighter II contract in 2010. The remaining 13 aircraft will be delivered through April 2012.

The F-15K is an advanced variant of the combat-proven F-15E. Equipped with the latest technological upgrades, it is extremely capable, survivable and maintainable. The aircraft's service life is planned through 2040, with technology insertions and upgrades throughout its life cycle. Boeing completed delivery of 40 Next Fighter I fighter aircraft to the ROKAF in October 2008.

Maximum Payload: The Slam Eagle carries a greater variety of weapons and a larger payload – more than 13,000 kilograms – to ensure a true multi-role strike capability.

Speed: With a top speed of Mach 2.5, the F-15K offers unmatched climbing and closing speeds

The F-15 family has a combat record of 101 victories and zero losses, and the F-15E predecessor flew thousands of combat missions during Operation Desert Storm and in the Balkans. 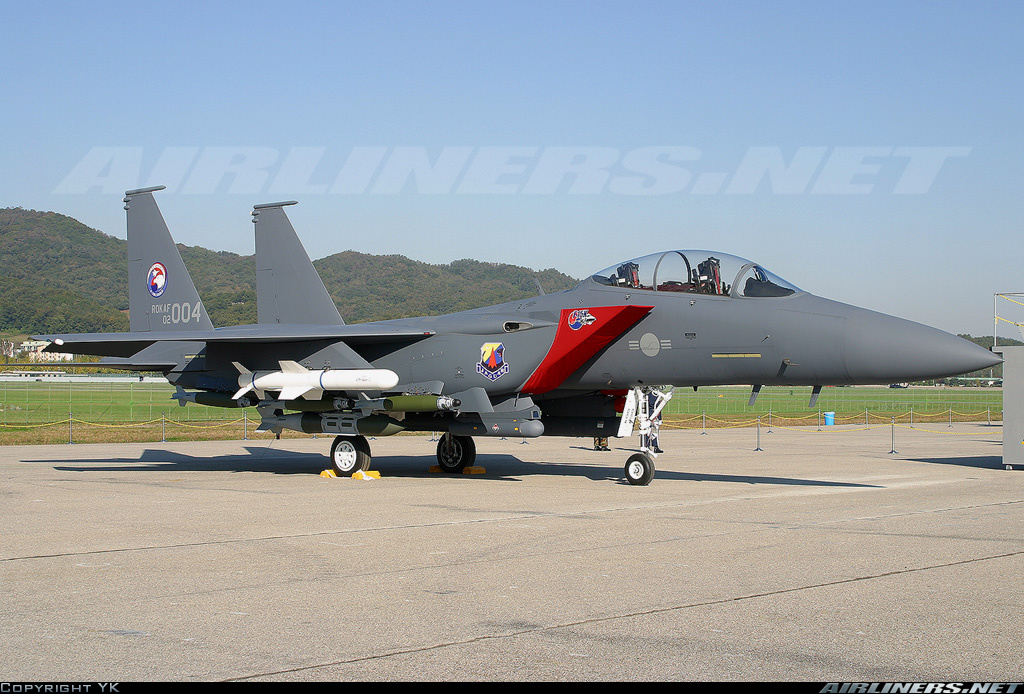 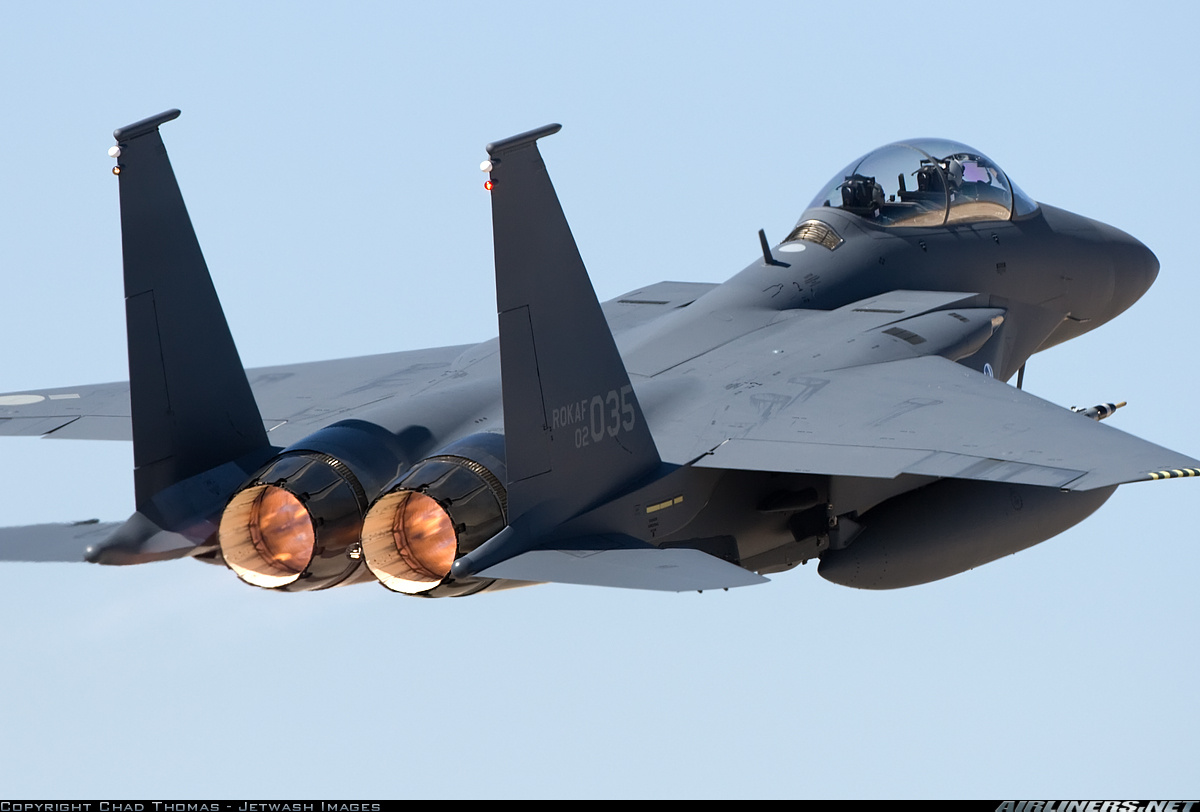 Cancell MMRCA and buy these beauties

P.S: I don't think we will finalize any MMRCA winner due to this corrupt GOI and its shameless Cronies (aka govt. babus), atleast not in my lifetime.
S

The aircraft departed the Boeing St. Louis facility on May 25 and made stops in Palmdale, Calif., Hickam Air Force Base, Hawaii, and Anderson Air Force Base, Guam, before arriving in Korea.

"Boeing has now delivered 10 F-15Ks to the Republic of Korea under the Next Fighter II contract," said Roger Besancenez, Boeing F-15 Program vice president. "We remain laser focused on providing first time quality on every F-15K we deliver to this important customer. We are proud that the F-15K is a cost-certain, schedule-certain solution for the Republic of Korea."

Boeing delivered the first six of 21 F-15Ks it is producing under the Next Fighter II contract in 2010 and two more in April. The remaining 11 aircraft will be delivered through April 2012.

Six of the new F-15K Slam Eagles are scheduled to participate in an advanced aerial combat training exercise at Nellis Air Force Base, Nev., in early 2012.

I wonder why SKAF continued with USAF camouflage scheme? Is there a compulsion F-15 users?

Glad to see you consolidate threads. It would be nice if you could do more as you have several hundred empty threads cluttering the NATO forum.

So it is obivious that they will also follow the same camo patterns and also to be noted that all F-15 users are either Major Non NATO Allies or have US forces based there like the Kingdom of Japan, the Kingdom of saudi arabia and the state of israle

This is a beauty of an aircraft, maybe we could have considered the Stealth variant which is under trials
A

Still one of the best despite 40 yrs in service.

Yes, there's no doubt about one thing that the F-15 is probably one of the most capable and successful 4th generation fighter aircraft in the world ! Its combat record is something that hardly any aircraft can match.
You must log in or register to reply here.
Similar threads
Boeing deliver Chinook helicopter to Netherlands.
Boeing delivers 5th maritime patrol aircraft to India
Boeing Delivers Indian Air Force's 1st C-17
Boeing Delivers first P-8A ASW Poseidon Production Aircraft to US Navy
Share:
Facebook Twitter Reddit WhatsApp Link