LONDON — Police said Wednesday they have warned an airport worker who reportedly made a crude remark about a colleague's breasts as a newly-installed security scanner took a full body X-ray of her.

Jo Margetson, 29, walked into an X-ray machine at London's Heathrow Airport by mistake before the incident allegedly took place -- and told The Sun newspaper she is now "totally traumatised".


The reported incident, the first such complaint since the machines were introduced earlier this year, has highlighted privacy concerns about the use of full body scanners at British airports.

Heathrow and Manchester airports has been using them since an alleged bid to blow up a US-bound jet on Christmas Day was foiled, while the US and The Netherlands are among other countries where they are being installed.

When asked about the story, a spokesman for London's Metropolitan Police said: "Police received an allegation regarding an incident that happened at Heathrow Terminal 5 on March 10.

"A first instance harassment warning has been issued to a 25-year-old male."

Airports operator BAA, which runs Heathrow, added that it was investigating the allegations.

"If these claims are found to be substantiated, we will take appropriate action," a spokesman added.

The Equality and Human Rights Commission has warned the government that the scanners could run counter to the right to privacy enshrined in the European Convention on Human Rights.

"When privacy-invading machines like these are installed at our airports, abuses like this are inevitable," said Alex Deane of campaign group Big Brother Watch.
Copyright © 2010 AFP. All rights reserved. More »

the picture of airport scanner, this is how they look.

only for adults [ 18+],
this is how the present with advance scanners look.

This is freaking Crazy!!!! hahahah A Muslim girl asked a right wing guy in US a question, here it is

"If we can't ride on planes, what are we supposed to do, ride on flying carpets?" Coulter (Thats the Guys name) Replied - "No, Ride a Camel"

Looks like not only Muslims, many will have to ride a camel if this is what it really looks like! I mean Only Pamela Anderson and her Rockstar ex hubby will be confident enough to walk through that

I'd walk through it but i don't want to give any security people a inferiority complex.......or be accused of carrying a concealed weapon
Last edited: Mar 26, 2010

Ann Coulter a guy... well she does have an Adam's apple. 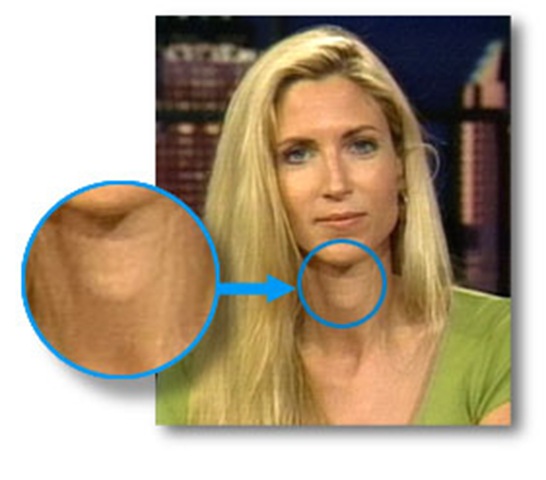 bhramos said:
the picture of airport scanner, this is how they look.

No way would I or my old lady walk through this. Especially not for children. There has to be some level of privacy that isn't crossed and this crosses it.

Armand2REP said:
Ann Coulter a guy... well she does have an Adam's apple.

hahah Armand! I gotta give it to you man! You just made me laugh like anything!!! BTW Ann Coulter is having a showndown with Michael Moore on national TV hahaha Man to Man!
You must log in or register to reply here.
Similar threads
CISF favours installation of body scanners at Indian airports
Army wants full-body truck scanners
Airport body scanners
Helicopter with seven onboard goes missing off Mumbai; four bodies recovered
Share:
Facebook Twitter Reddit WhatsApp Link