This is a thread for the discussion of top secret aircraft projects that are rumored to exist, both the united states and the erstwhile soviet union built some radical secret aircraft and some are still rumored to fly here we discuss these "BLACK PROJECTS".

i begin with the Aurora

Aurora (also credited as the SR-91 Aurora) is the popular name for a hypothesised United States reconnaissance aircraft, alleged to be capable of hypersonic flight.
According to the hypothesis, the Aurora was developed in the 1980s or 1990s as a replacement for the aging and expensive SR-71 Blackbird. A British Ministry of Defence report from May 2006, released under the Freedom of Information Act, refers to USAF priority plans to produce a Mach 4–6 highly supersonic vehicle.[2] In September 2007, DARPA and the USAF signed a memo of understanding[3] to build a Mach-6 unmanned aircraft called "Blackswift" under the Force Application and Launch from Continental United States (FALCON)[4] program, but that does not explain the earlier reports. It is believed by some[who?] that the Aurora project was canceled due to a shift from spyplanes to high-tech unmanned aerial vehicles and reconnaissance satellites which can do a similar job as a spyplane, but with less risk of casualties or loss of highly expensive, sensitive equipment
Click to expand...

The soviet reply to the aurora

The Ayaks (Russian: АЯКС, Ajax) is a hypersonic aircraft program started in the Soviet Union and currently under development in the Russian Federation[1] by the Saint Petersburg Institute for the Hypersonic Systems of Leninets Holding Company. The concept of the aircraft was developed by Vladimir Freishtadt (Владимир Львович Фрайштадт) in the late 1980s as a response to the American Aurora aircraft program.[2] The Ayaks was initially supposed to be produced in three variants:[2]

As a platform for launching satellites into space;
As a multipurpose hypersonic military aircraft; and
As a hypersonic transport aircraft.
The design of the aircraft utilized a number of novel and controversial ideas that only in 1993 were officially recognized as non-contradicting to modern science[2].

The prototype of the aircraft was demonstrated during the 2001 MAKS Airshow. The same year, the governments of Russia and the People's Republic of China signed a contract on joint 10-15 years development of the concept.[2][3][4]
Click to expand... 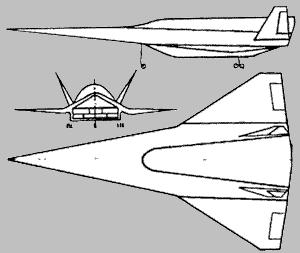 Blackstar is the reported codename of a secret United States orbital spaceplane system. The possible existence of the Blackstar program was reported in March 2006 by Aviation Week & Space Technology (Aviation Week, AWST) magazine; the magazine reported that the program had been underway since at least the early 1990s, and that the impetus for Blackstar was to allow the United States Government to retain orbital reconnaissance capabilities jeopardised following the 1986 Challenger disaster. The article also said that the United States Air Force's Space Command was unaware of Blackstar, suggesting it was operated by an intelligence agency such as the National Reconnaissance Office.[1][2]

Aviation Week speculated that such a spacecraft could also have offensive military capabilities (a concept colloquially known as "The Space Bomber" [3][4]). The magazine also stated that it was likely that Blackstar would be mothballed, although it is unclear whether this is due to cost or failure of the program.

The Aviation Week report was a few days later dismissed as "almost certainly bogus" and the project termed a "technical absurdity" by Jeffrey F. Bell in an article in Spacedaily.[5]
Click to expand... 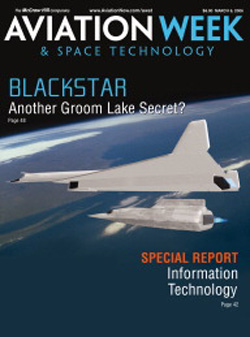 "Artist's concept depicts an XB-70-like carrier aircraft dropping a manned spaceplane at high altitude. Possibly developed in the late-1980s, the highly classified two-stage-to-orbit " Blackstar" system could place a small payload in low Earth orbit or serve as a rapid-response reconnaissance platform. The two vehicles were seen several times throughout the 1990s, but may have been shelved in recent years, according to officials familiar with the program. Graphic by James Petty and Travis Thatcher."

BBC NEWS | Programmes | High Stakes | Report fuels spy plane theories
Newsnight report
The UK knows more than it is saying about top secret American aircraft projects, recently declassified documents reveal.
Deep inside a previously secret Ministry of Defence report are a few pages which will reignite one of the biggest internet conspiracy questions - Is the US Air Force building secret spy planes which can cross the sky at 3,000mph?

The plane, which is often referred to as Aurora, is supposed to be a follow on from the U2 spy plane and the 2,000mph SR71 Blackbird, both of which were first developed and flown in secrecy as 'Black' projects.

The Aurora has 100,000 web pages devoted to it - a lot for an aircraft which may not exist.

According to Jane's Defence Review a third of USAF spending on research and development and procurement goes on classified projects. Some of that helps pay for the development of spy satellites and intelligence activities. But a sizable proportion goes on the development of secret manned and unmanned aircraft.


For more than 50 years some of the world's most exotic aircraft have been developed at Groom Lake in Nevada - otherwise knows as Area 51 - where the appearance of strange shapes in the sky - planes which officially did not exist - led to rumours that captured UFOs were being flown out of there by the US military.

The U2 first took to the sky at Groom Lake in 1955 and stayed secret for five years till the Russians shot one down over Svedlovsk and captured the pilot Gary Powers.

The Blackbird SR71 spy plane also secretly flew from Groom Lake in the early 1960s and the F117 Stealth Fighter and its prototypes flew from there for ten years before they were publicly revealed.

Huge projects have been hidden from public gaze. The USAF spent $20 billion in developing the B2 stealth bomber before revealing it.
Millions were spent upgrading Groom Lake ten years ago and all the surrounding high ground which overlooks the base has been fenced off to keep out curious onlookers but apart from a couple of stealth prototypes there is no sign of what the USAF has been working on there since.


The MoD report which was produced in 2000 and originally classified "Secret - UK eyes only" deals with UFOs - or UAPs (Unidentified Aerial Phenomena) in MoD jargon - and concludes that there is no evidence for the existence of alien visitors.
But it includes a working paper on 'Black' projects which says "it is acknowledged that some UAP sightings can be attributed to covert aircraft programmes". The report lists three Western programmes.

The first is the SR71 Blackbird which it refers to by its little-used code name 'Senior Crown'. A 14-line description of Programme 2 and a ten-line description of Programme 3 are both withheld.
Even the names of the programmes have been redacted on the grounds of 'international relations'. There are pictures of stealth fighters and bombers, the Blackbird and the new American F22 fighter but two photographs have been withheld. Could one of these be a picture of Aurora?


“ [It] could be speculation but then why would they [the MoD] need to withhold it? ”
Bill Sweetman, Jane's Defence Review

Bill Sweetman of Jane's Defence Review has been analysing America's undercover defence projects for fifteen years. We showed him the report and he concludes the MoD "identified two separate US 'Black' programmes that might have operated from the UK. It could be something they have reason to know about".
Imagination

Elsewhere in the document in a section on exotic technologies is another intriguing line. The DIS say "The projected (USAF) priority plan is to produce unpiloted air-breathing aircraft with a Mach 8-12 capability and transatmospheric vehicles." but it then continues "as well as highly supersonic vehicles at Mach 4 to 6".
The MoD report will be seen by Aurora chasers as another clue to put with unexplained sightings and mystery sonic booms but the Pentagon still insists that Aurora is a figment of their imaginations.