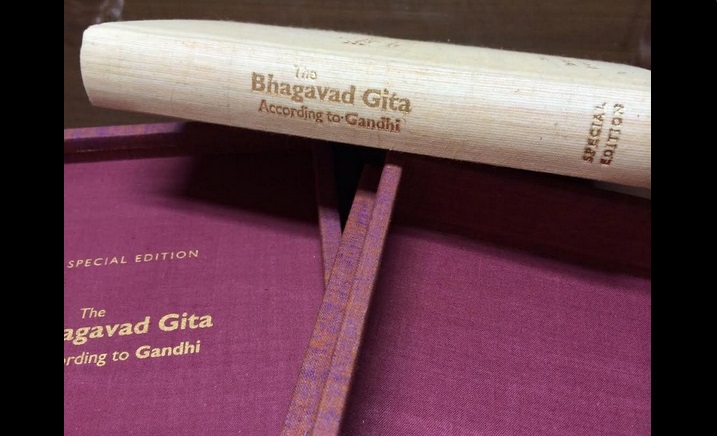 Representational Image: PM Narendra Modi had gifted a copy of the Bhagavad Gita as interpreted by Mahatma Gandhi to US President Barack ObamaTwitter

The Bhagavad Gita, the sacred Hindu scripture, is now officially available in Chinese.

The Chinese Bhagavad Gita was released in China on Wednesday and is said to be the first such ancient Hindu religious text to be published in the communist country.

Indian Ambassador to China Ashok Kantha released the book on Wednesday at the start of the first India-China Yoga Festival, where around 700 Chinese are training under yoga instructors during the five-day event that ends on the International Yoga Day, on Sunday.

The Bhagavad Gita was translated to Chinese by Professor Wang Zhu Cheng and Ling Hai of the Zhejiang University in Shanghai, the Press Trust of India reported.

During his visit to China last month, Modi had said that the Bhagavad Gita was becoming increasingly popular with the Chinese.

"Translations of Bhagavad Gita and Mahabharata are also popular with the Chinese people. I thank these Chinese scholars for introducing Indian culture to the Chinese people," Modi had said during his 'Make in India' speech to Chinese CEOs in Shanghai.


The Bhagavad Gita is part of the Indian epic Mahabharata.

There seem to have been earlier Chinese translations of the Bhagvad Gita, available on Amazon and other forums, though this is the first official Chinese version of the Gita.