Beasts of the battlefield: 21 fascinating facts about tanks

Beasts of the battlefield: 21 fascinating facts about tanks 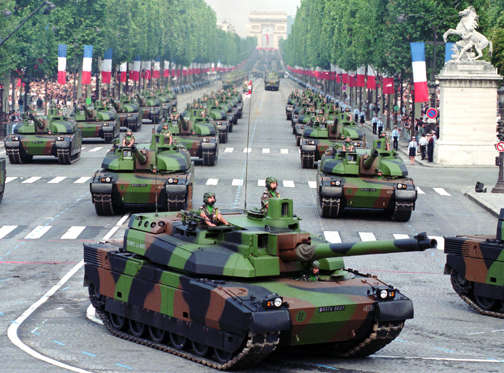 The first tank, the Mark I, was developed by the British at the start of WWI via a program initiated by E.D. Swinton and Maurice Hankey. The Mark I weighed 26 tons and was armed with 57 mm guns and could travel at the speed of 3.7 mph. (Pictured) Mark I tank bridging a trench in about 1917.

The tank biathlon is a military sporting event organized by the Russian military that tests tank crews’ rough terrain passing skills as well as their abilities to provide accurate and rapid fire. (Pictured) Belarus, Russian, Kazakh and Armenian teams during the 2013 competition.

In 2015, crews from seventeen nations, including Angola, Kuwait, Nicaragua, China, India, Kuwait, and Venezuela took part in the competition along with the Russia. The hosts claimed the 2015 title by winning all 13 categories of the tournament. All of the participating countries, with the exception of China, competed using the T-72B3. China opted to brought its own Type 96A tanks for the event.

The battle between Israel and Syria in the Golan Heights is hailed as the greatest tank battle ever fought. The Israeli Defense Force, consisting of 3,000 troops, 180 tanks and 60 artillery pieces, successfully thwarted an attack by a heavily armed Syrian Army that boasted 28,000 troops, 800 tanks and 600 artillery pieces. (Pictured) Destroyed Syrian T-62 tanks lie abandoned by retreating Syrian troops on October 13, 1973, in the Golan Heights.

The U.S. M1A2 "Abrams," equipped with a vast suite of electronic defensive systems and countermeasures, a 120-mm gun and laser-guided missiles, have some of the most advanced electronics on board a tank. (Pictured) U.S. 2nd Battalion, 7th Infantry Regiment's M1A2 "Abrams" tank takes part in an exercise at Adazi military base in Latvia on May 7, 2015.

Currently, Russia's T-90 tank is armed with the largest cannon (125 mm). However, Russia’s T-14 Armata tank that is in production has a 125 mm cannon can be upgraded to 152 mm cannon. (Pictured) Russian T-90A main battle tanks drive during the Victory Day parade at Red Square in Moscow, Russia, on May 9, 2015.

The U.S. 2nd Armored Cavalry Regiment used superior equipment and training to overcome a blinding sandstorm and subdued hundreds of tanks manned by Iraqi Revolutionary Guards. It is one of the most studied tank battles in modern times and is considered to be the last great tank battle of the 20th century. (Pictured) U.S. troops lean on an M1A1 Abrams main battle tank at an assembly point on Jan. 21, 1991, in Saudi Arabia.

Currently under development, Russia's fifth generation main battle tank (MBT), the T-14 Armata, has been hailed as the world's most advanced and deadliest tank. (Pictured) Russian T-14 tanks with the Armata Universal Combat Platform drive during the Victory Day parade at Red Square in Moscow, Russia, on May 9, 2015.

Poland is in the process of designing "The Tank of the Future," called the PL-01. The tank is coated with a chameleon-like skin that helps it replicate the infrared signature of its surroundings and appear invisible to infrared cameras. The tank can appear to be a car when viewed via an infrared camera. (Pictured) The PL-01 concept vehicle at the International Defense Industry Exhibition in Poland in 2013.

Britain's Challenger 2 is considered to be the most armored and best protected tank in the world. The details of the state-of-the-art composite Chobham armor are classified. (Pictured) The Royal Tank Regiment's Challenger II on patrol in Zubayr, south of Basra, southern Iraq.

Britain's FV101 Scorpion is the fastest tank in the world and can reach speeds in excess of 51 mph on a test surface. (Pictured) Scorpion advancing across the desert during the first Gulf War. 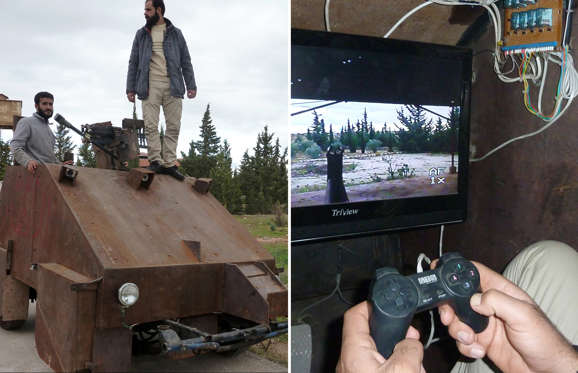 In the ongoing Syrian Civil War, rebels have developed their own tank, Sham II. The tank is fitted with five video cameras and uses a PlayStation controller to operate the machine gun. (Pictured) Sham II of the Al-Ansar brigade in action in Bishqatin, Syria.


manindra said:
Beasts of the battlefield: 21 fascinating facts about tanks

The first tank, the Mark I, was developed by the British at the start of WWI via a program initiated by E.D. Swinton and Maurice Hankey. The Mark I weighed 26 tons and was armed with 57 mm guns and could travel at the speed of 3.7 mph. (Pictured) Mark I tank bridging a trench in about 1917. 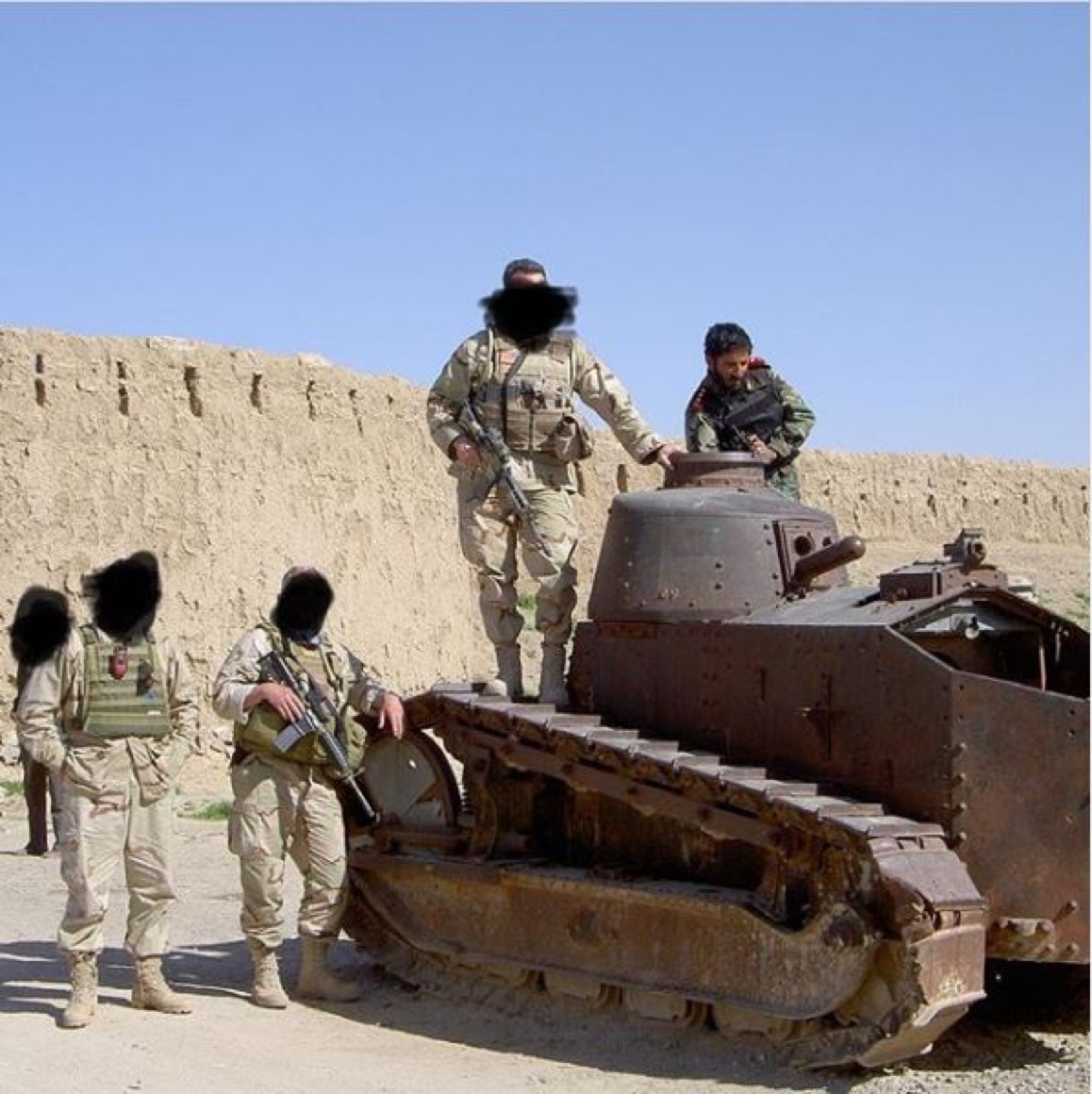 It is a WW1 era Renault FT-17 and it was sold to the Afghan king in the 1930s
Last edited: Mar 9, 2020
You must log in or register to reply here.
Similar threads
Ashdoc's movie review---Beauty and the beast
The Ohio-Class Guided Missile Nuclear Submarine Is One Dangerous Beast
Syria's Steel Beasts: The T-72
Syria's Steel Beasts: The T-55
Share:
Facebook Twitter Reddit WhatsApp Link