In a sign of the positive and growing relationship between Israel and India, a successful test of Israel Aerospace Industries (IAI) Ltd.'s new Barak 8 aerial defense system, developed in cooperation with both countries, was conducted this week.

The system is a joint venture with the Indian Ministry of Defense, through the Defense Research and Development Organization (DRDO), and the Indian Navy will be among the first to deploy the finished product.

The system is designed to shoot down incoming missiles or aircraft, and can be installed on land or sea platforms, making it incredibly versatile. Monday's test represents the first combat simulation, and the system operated as designed.

"The current test validated all components of the weapon system to the satisfaction of the customer representatives," IAI said in a statement.


"It built up an operational scenario and the mission missile was fired at the right time. It received updates throughout its trajectory.

It then opened its eye and acquired the target through an independent sensor, destroying it completely," he added.

The deal with DRDO was signed in 2006, and the Indian government, in a statement, called Monday's test "a milestone in the cooperation between two countries in developing advanced weapon systems."

On the Israeli side, IAI worked with state-owned Rafael Advanced Defense Systems Ltd to develop the long-range surface-to-air missile, and with its own subsidiary, ELTA Systems Ltd., in developing the radar and electronic components for the Barak 8. Defense Industry sources have put the value of the project at $1.4 billion.

The test itself was witnessed by representatives from both sides, including DRDO head Dr. Shri Avinash Chander, representatives of the Indian Defense Ministry, Israeli specialists and IAI president and CEO Joseph Weiss. The system could be in operation as early as 2015 and should offer protection from the Russian Yakhont missiles thought to be in the possession of Hezbollah.

Barak 8 Comes To The Armenian Border

can anyone confirm with a better source? 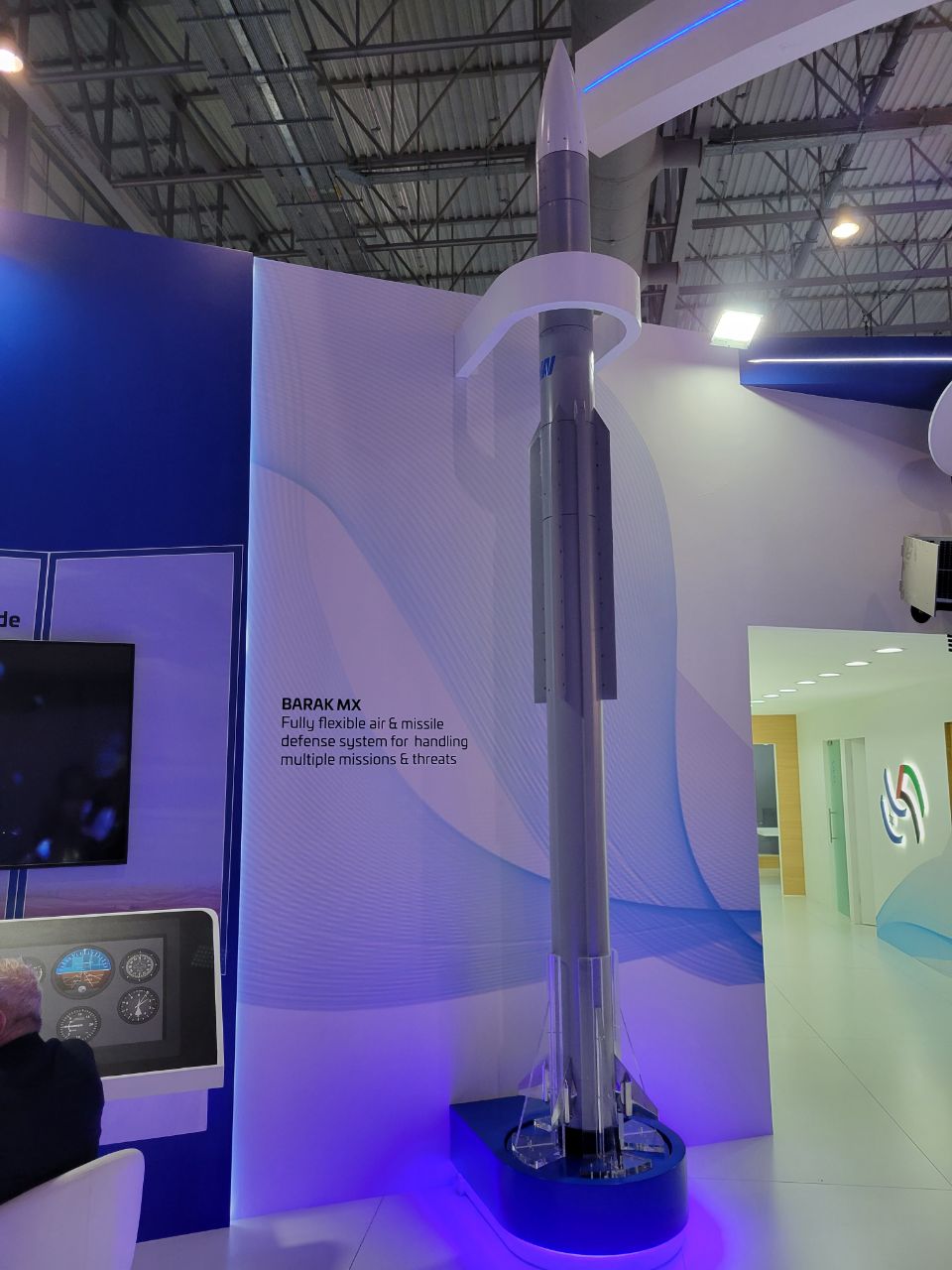 The Israeli concern IAI at the Dubai Airshow-2021 is promoting the Barak MX universal anti-aircraft system, which, depending on the version of the anti-aircraft missile, can provide echeloned air defense at ranges from 35 to 150 km.

The photo shows a model of the Barak MX missile defense system.

The DRDO Defence Research and Development Organisation (DRDO) will be the ‘prime developer’ for the MR-SAM project, which will reportedly have a Rs 2,300 crore (INR 23 billion, about $445 million at signing in 2009) indigenous component within an estimated Rs 10,075 crore (INR 100.75 billion, about $1.95 billion at signing) total. The 4-5 year project aims to provide India’s military with 9 advanced air defense squadrons, each with 2 MR-SAM firing units. Each MR-SAM unit, in turn, would consist of a command and control center, an acquisition radar, a guidance radar, and 3 launchers with 8 missiles each.
Click to expand...

MR-SAM’s total would therefore be 10 C2 centers, 18 acquisition radars, 18 guidance radars, and 54 launchers, armed with 432 ready-to-fire missiles. Some reports have placed total missile orders as high as 2,000, which would add a significant reserve stockpile to replenish missiles in any conflict.
Click to expand...

Azerbaijan and Israel use Barak-8 version of the missile. It has almost similar technologies like our MRSAM but it looks entirely different. Also, Barak-8 has an ER version which we did not develop. It is their standalone development. 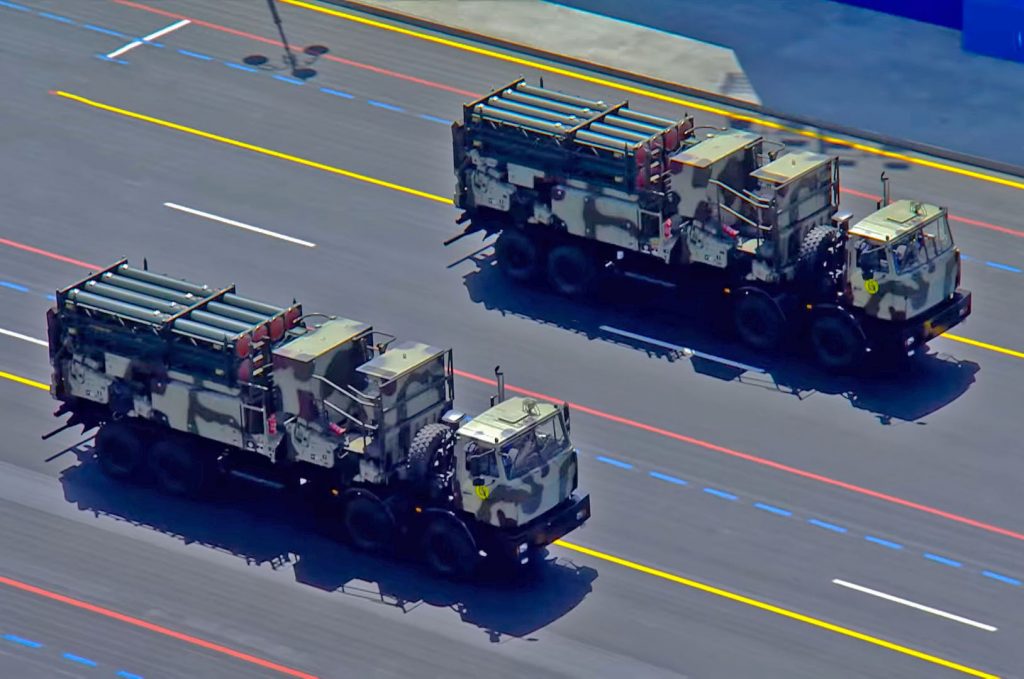 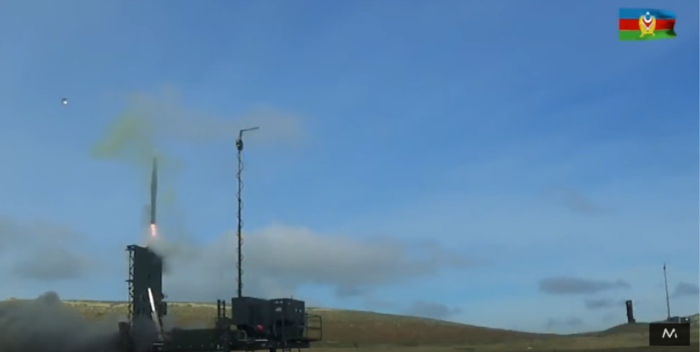 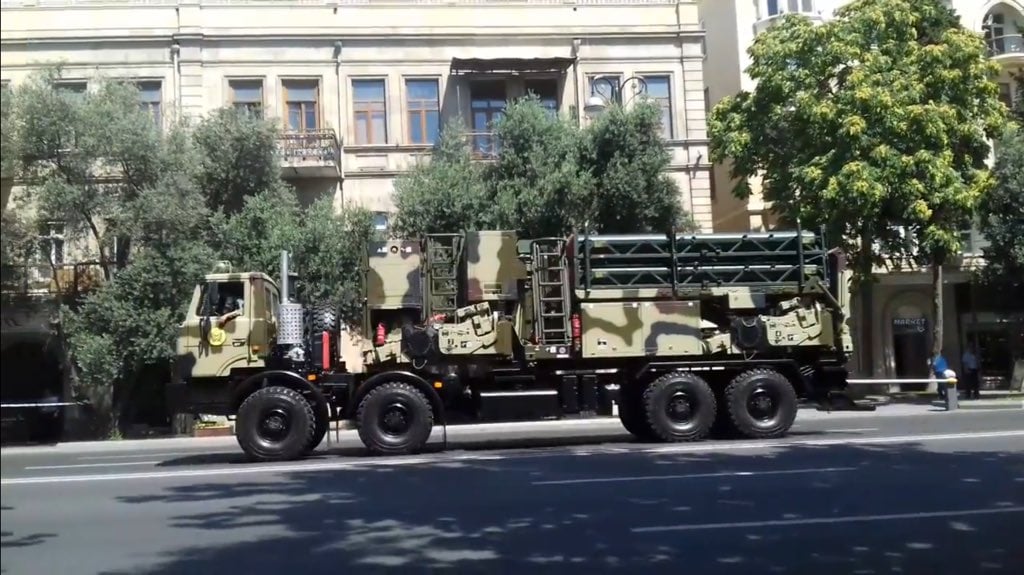 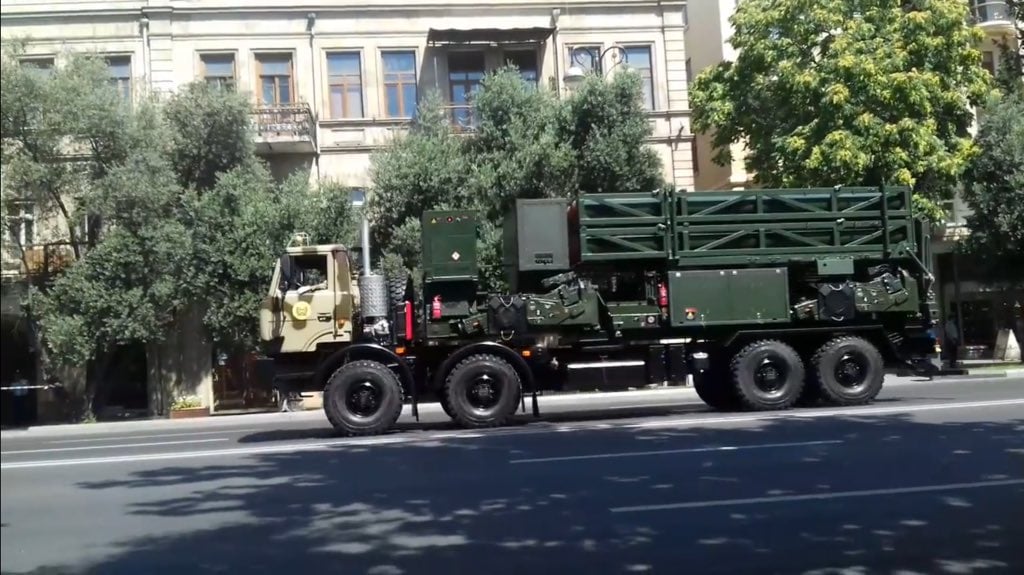 On the other hand, MRSAM is a joint venture between IAI and DRDO and its only customers are IA, IAF and IN. Previously, IN used to address this missile as LRSAM but now they have changed it back to MRSAM.

A new longer range missile is being developed for IN and IAF under the name Programme LRSAM. 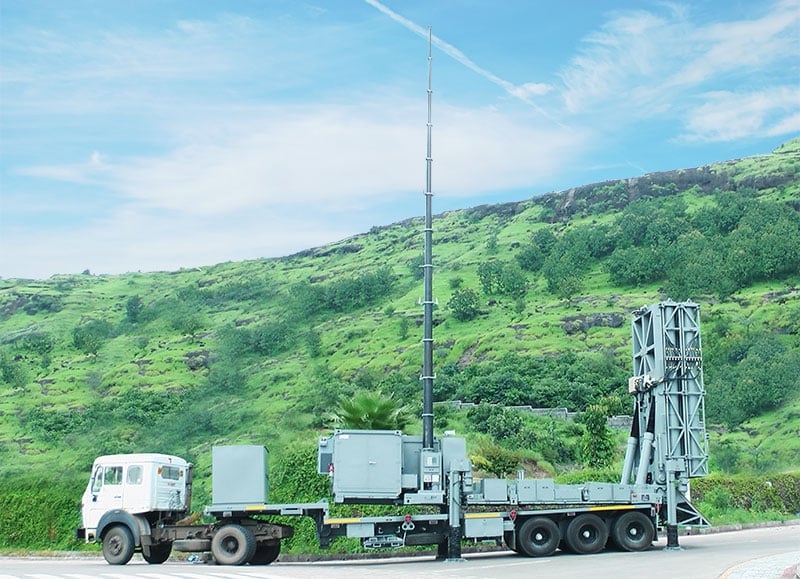 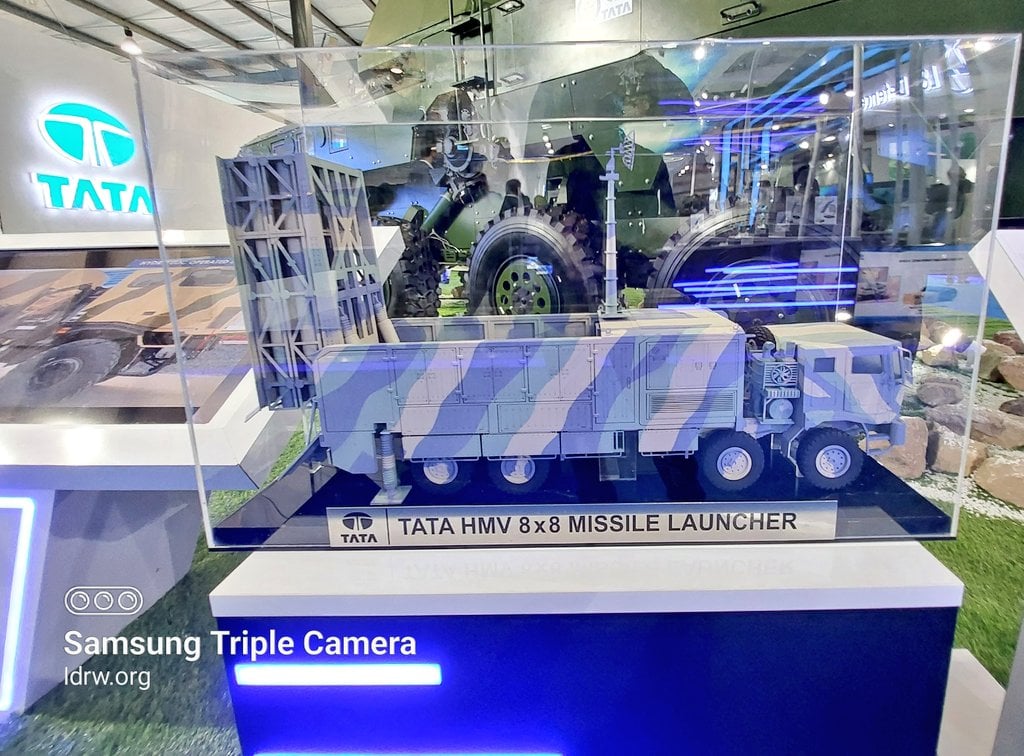 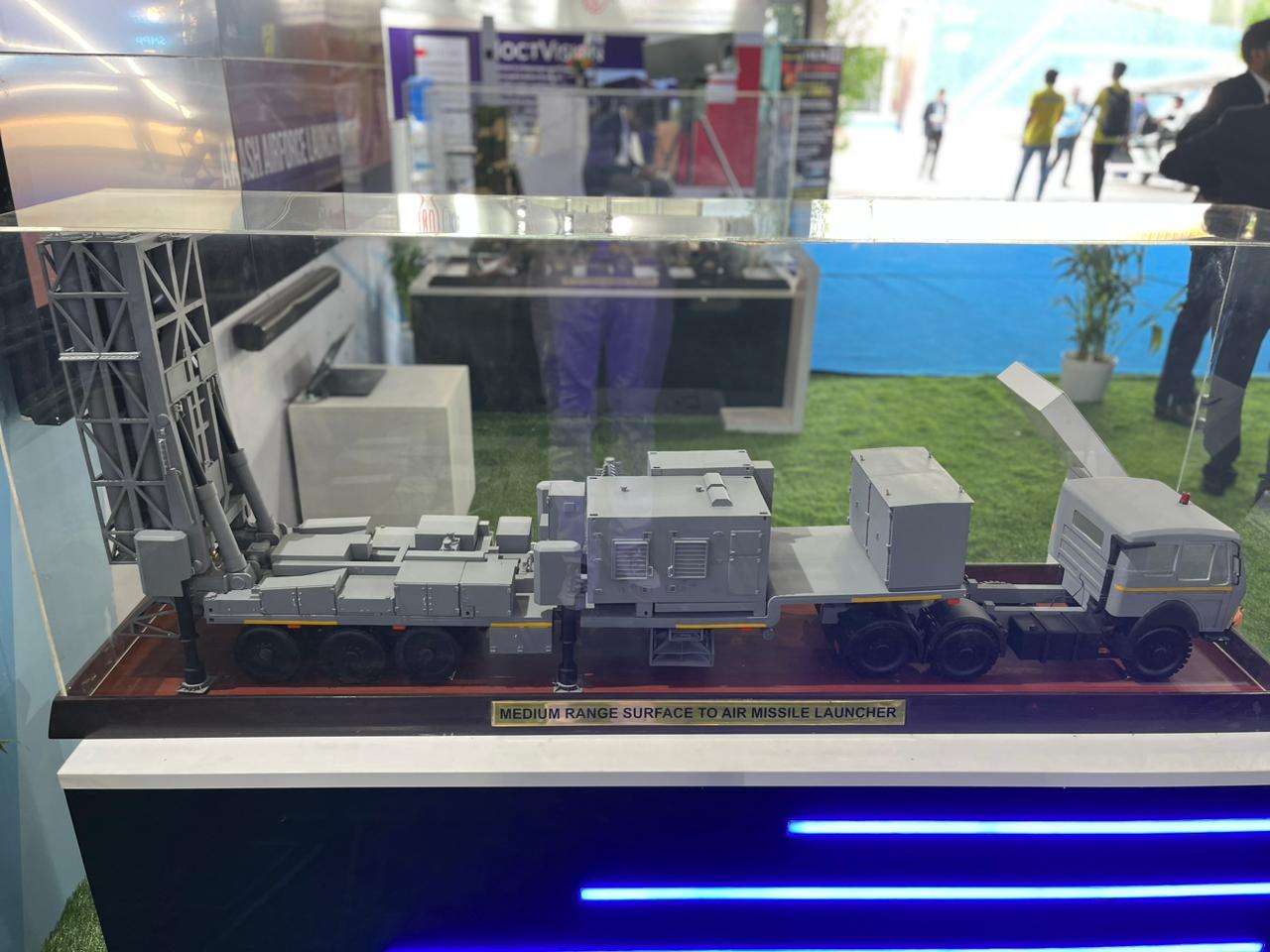 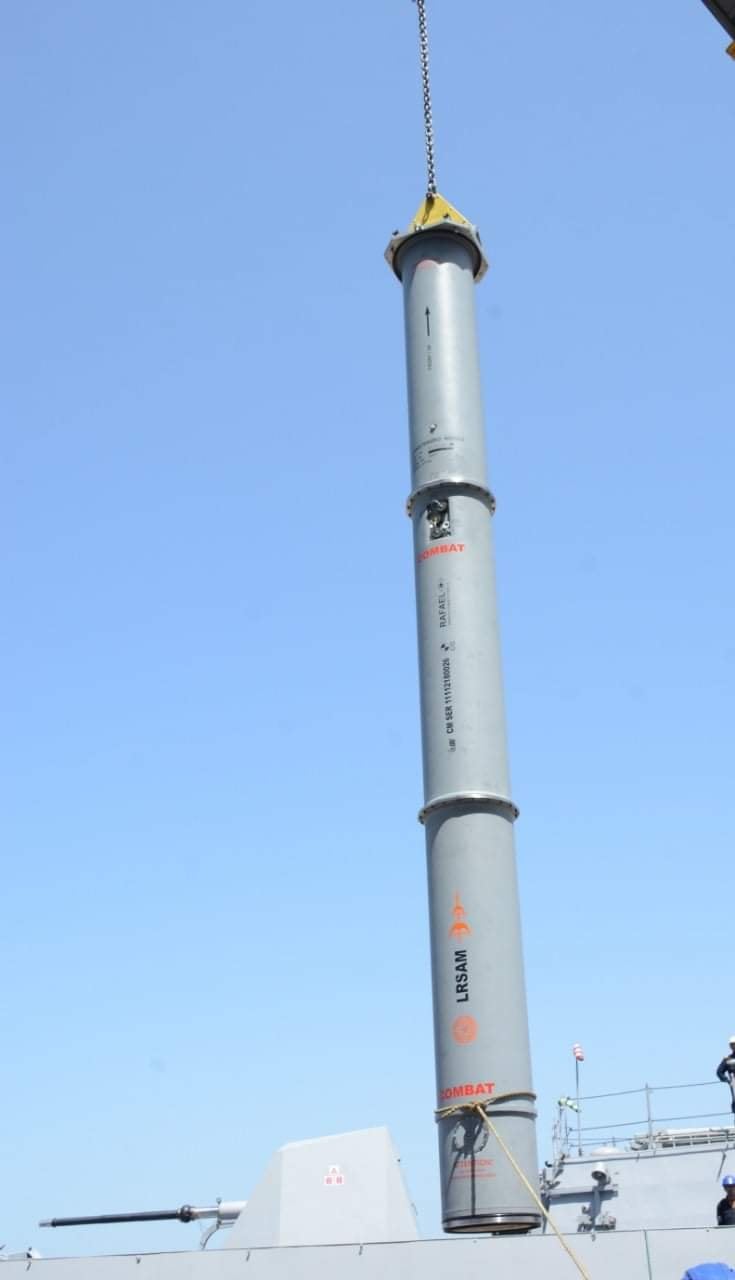 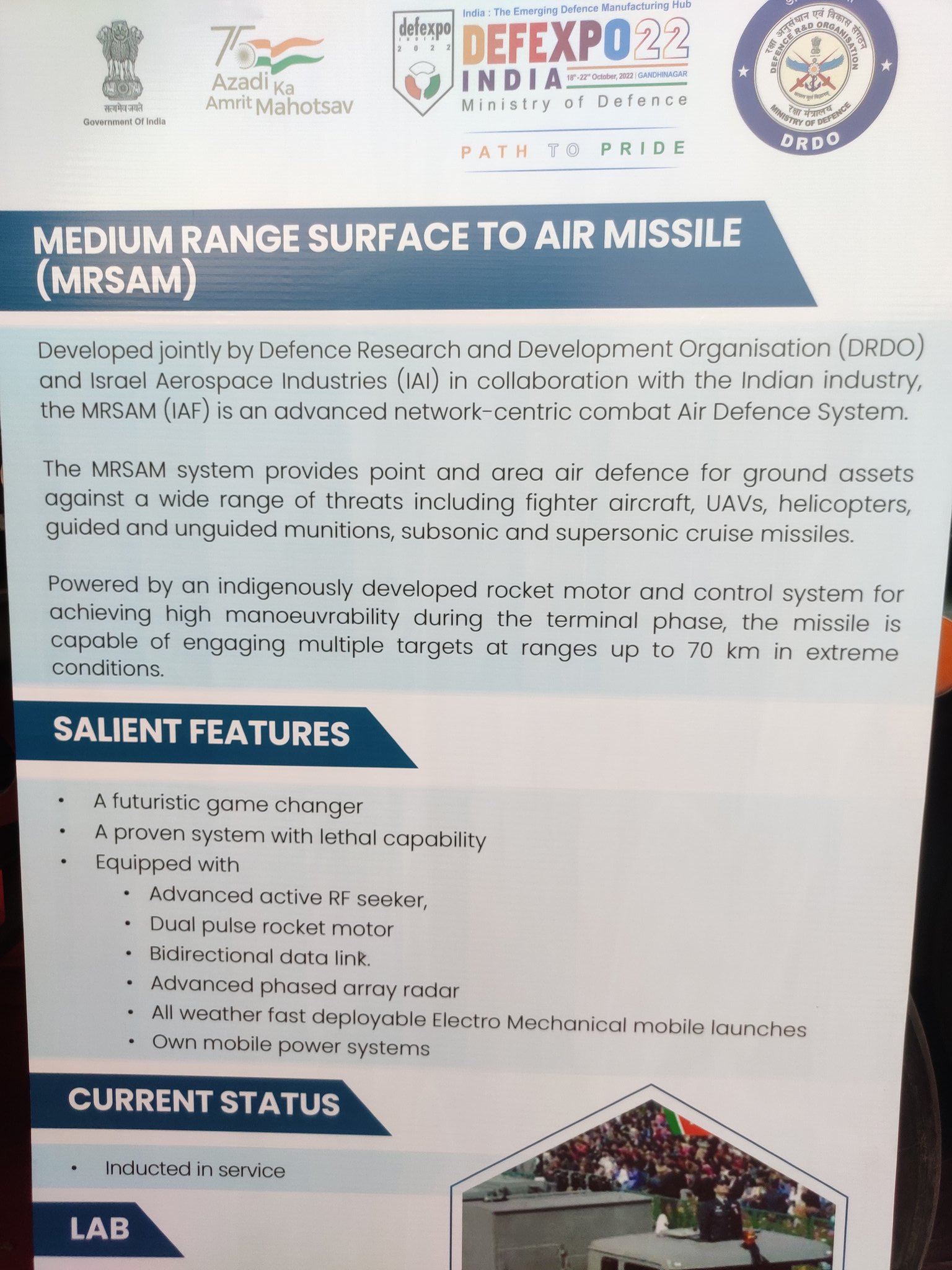 We should stop using the name Barak-8 and start addressing our version of missile as MRSAM. I also request to change the name of the thread to MRSAM.