Bangladesh navy gets 16 defender boats from US

Bangladesh navy gets 16 defender boats from US 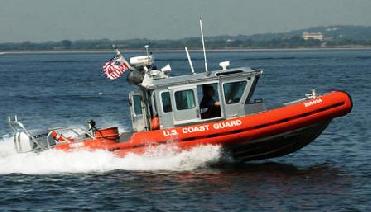 The Defender Class boats of US navy

In the largest delivery of coastguard boats to a nation, US donated 16 defender vessels to Bangladesh navy to enhance its counter terrorism capacity and secure maritime boundary.

"This donation is the largest delivery of US Coast Guard boats to any nation," the US embassy said in a statement Tuesday.

The US Ambassador to the country James F Moriarty handed over the boats to Bangladesh Assistant Chief of Naval Staff for Operations Rear Admiral M F Habib at the southeastern Chittagong Port.

"The US and Bangladesh will conduct several joint exercises in the coming months to train Bangladesh Navy and Coast Guard sailors on how to effectively utilize this important new law enforcement and counter terrorism tool," the statement added.

The US would continue to support Bangladesh's efforts to protect its maritime borders and "the donation demonstrates the United States Government’s commitment to Bangladesh and to regional security by promoting military-to-military relationships throughout Asia and the Pacific".

Why can't we get 15 defender boats from the US? We're a poor nation too.

biswas said:
Why can't we get 15 defender boats from the US? We're a poor nation too.
Click to expand...

oh Yeah ! We ain't as poor as Bangladesh, pal. Get your facts right ! Plus, we have equally capable and better boats than the Defender class ones that we produce locally.

For more info check out the following site: